The World’s Most Bird-Friendly Coffee, in Ethiopia, and Why it is In Danger 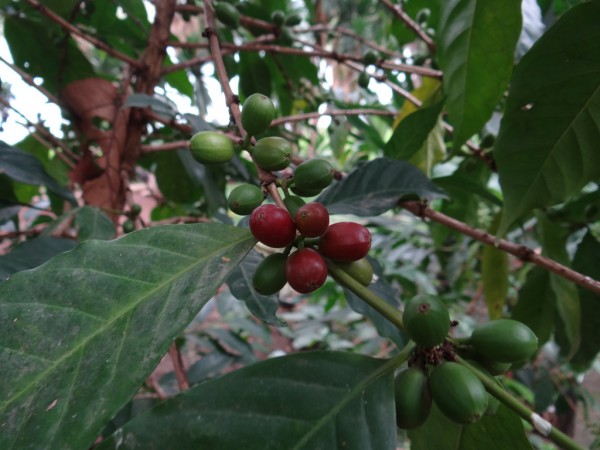 Coffee grown under the shade of native plants is the most bird-friendly, according to new research. Creative Commons photo by msafari2425.

Ethiopian coffee grown under shade cover from native plant species is likely the most bird-friendly in the world, according to new research that underscores a need for paying smallholder farmers a premium for careful land management.

After netting nearly 1,700 birds representing 71 native and migratory species at approximately in coffee lands at approximately 1,800 meters in elevation in the Oromia region of Southwest Ethiopia, a University of Utah-led research team put forth a kind of hierarchy of environmental biodiversity as it relates to coffee farming.

The study, which will be published in the journal Biological Conservation this week, adopted the well-established premise that shade-grown coffee has superior conservation value to full-sun-grown coffee in deforested areas, but it is unique in attempting to quantify the biodiversity value among different types of shaded environments.

“Not all shade coffee is equal,” says the study’s senior author, Cagan Sekercioglu. “Because shade coffee is trendy, there are a lot of commercial plantations in the world where they grow shade coffee under exotic trees, not native trees, so they can call it shade coffee. But it’s not as bird-friendly as in Ethiopia.”

The researchers, including the study’s lead author Evan Buechley, say they hope the results will create some value differentiation for native Ethiopian coffees cultivated on small lots without chemicals and beneath the shade of native plant species.

“We hope to see increased marketing of Ethiopia shade coffee so the local farmers get a better deal for their beans by keeping the shade coffee intact rather than converting it to open sun farming,” says Sekercioglu.

Coffee cultivation the, researchers suggest, is part of the much larger problem of deforestation in Ethiopia and beyond. In a preview of the publication, the team writes:

Ethiopia is undergoing rapid deforestation from population growth; expansion of open farming for coffee, tea and other crops; and harvesting of trees for firewood or charcoal. The study area is in one of 35 recognized “biodiversity hotspots” on Earth.

In a sense, the study concludes that the best approach to biodiversity is to leave forests untouched, but if coffee must be grown, then it should be grown with as little impact to native plants as possible. Further, to make that possible, farmers must be paid a higher price based on the naturally lower yields.

Interestingly, the study found that some migratory bird species may actually prefer the naturally shaded Ethiopian coffee farm environment to the native forests, theorizing that they more closely resemble the birds’ ideal environments to the North.

Says Sekercioglu, “Shade coffee isn’t a substitute for forests. But shade coffee provides good habitat for many other species, including migrants from Europe and Asia.”