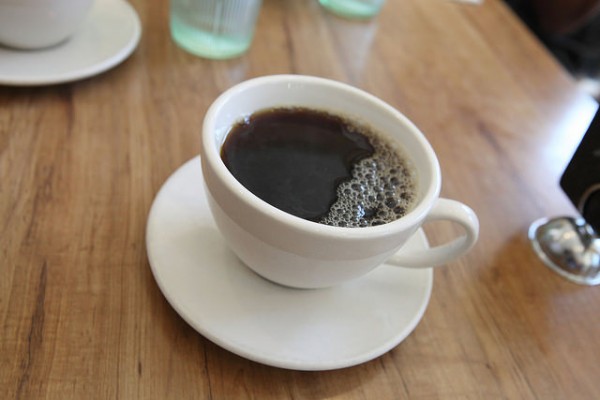 The U.S. Dietary Guidelines Advisory Committee, a group appointed by the USDA and the Department of Health and Human Services to update official dietary guidelines every five years, is prepared for the first time to declare coffee as not unhealthy when consumed in moderation.

In proposed guidelines submitted last week, the group went so far as to point out certain health benefits related to consuming three to five cups of coffee per day. The proposal will face public review before the guidelines are officially updated this year, but it marks the first time coffee has been addressed since the guidelines were introduced in 1980.

The guidelines have no legal influence over the actions of food and beverage purveyors, but they are presented as authoritative advice on how consumers can maintain a nutritious diet as part of a healthy lifestyle. Often cited by marketers and media, they can have far-reaching sway over the collective consciousness of consumers, as evidenced by this year’s heavy pushback from lobbyists representing the sweetened soda and meat industries.

On coffee, the DGAC presented the following:

No previous DGACs have reported on coffee/caffeine consumption and health. Currently, strong evidence shows that consumption of coffee within the moderate range (3 to 5 cups per day or up to 400 mg/d caffeine) is not associated with increased long-term health risks among healthy individuals. In fact, consistent evidence indicates that coffee consumption is associated with reduced risk of type 2 diabetes and cardiovascular disease in healthy adults. Moreover, moderate evidence shows a protective association between coffee/caffeine intake and risk of Parkinson’s disease. Therefore, moderate coffee consumption can be incorporated into a healthy dietary pattern, along with other healthful behaviors. To meet the growing demand of coffee, there is a need to consider sustainability issues of coffee production in economic and environmental terms. However, it should be noted that coffee as it is normally consumed can contain added calories from cream, milk, and added sugars. Care should be taken to minimize the amount of calories from added sugars and high-fat dairy or dairy substitutes added to coffee.