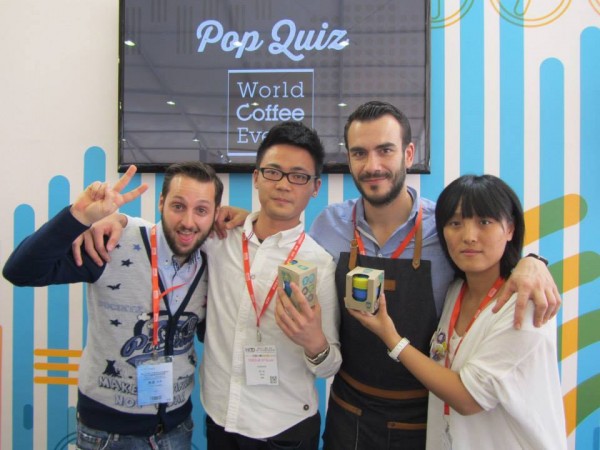 The 2014 WCE All-Stars Event in Shanghai. Photo by WCE.

The competition events will be part of the Hotelex show, running from March 29 to April 1, 2016. For 2015, all those events are currently scheduled as par of the World of Coffee show in Gothenburg, Sweden. The 2015 World Barista Championship is taking place in conjunction with the SCAA Event in Seattle next week, while 2016 WBC and World Brewers Cup events will be at World of Coffee 2016 in Dublin.

The Hotelex show is a massive event, open to product and service providers throughout the hospitality food and drink sectors.

“WCE feels strongly that these events will prove a major success in China with the support of the local specialty coffee community,” World Coffee Events Managing Director Cindy Ludviksen said in an announcement released yesterday.