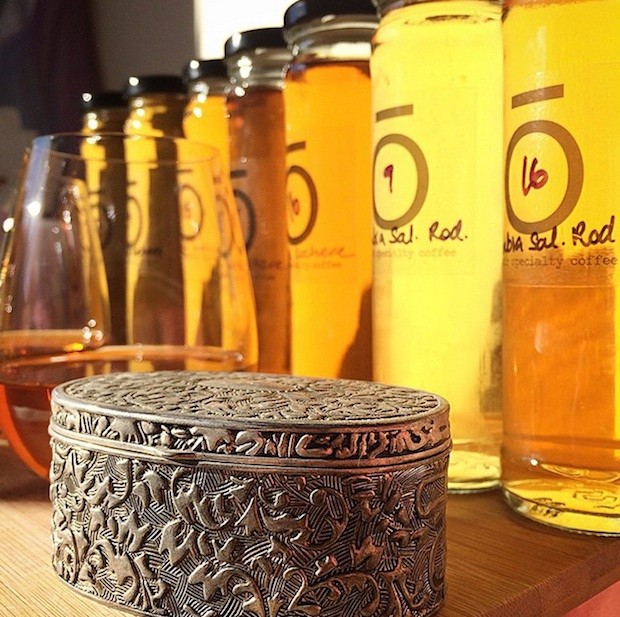 True innovation in the coffee extraction process is hard to come by, since there are only so many ways to draw out the desirable compounds from coffee. Water and grinds are combined and then separated, and what happens in the interim has been largely well understood — until now. The ingredient list for Elixir Specialty Coffee includes coffee, water, and nothing more, yet a mysterious extraction method puts the beverage in a class all its own. Welcome to the category of “sonication-assisted extraction.”

While the specifics of the process remain shrouded in proprietary mystique, the general gist is that a mixture of coffee and water is exposed to sound waves for a certain number of hours. The treatment purportedly has a unique effect on the extraction process at the molecular level, resulting in a delicate, refreshing yet complex cup that its makers say “looks like whiskey, feels like tea, and is made from coffee.” (Author’s Note: The far-out nature of this product can’t help but invite a measure of reasonable skepticism. However, the reputability of this story’s sources and the earnestness with which they describe the product and its qualities has this journalist believing that the product is real, and probably delightful.)

Based on the age of its Instagram account as well as recent write-ups in Broadsheet Sydney and LA Weekly, Elixir Specialty Coffee Company appears to have been founded in late 2014 in Sydney, Australia, by entrepreneur Lee Safar. Safar’s U.S. partner in Elixir is the award-winning former Intelligentsia barista Nick Griffith, who is currently a mixologist in such posh Los Angeles cocktail havens as The Normandie Club in Koreatown, and Honeycut, an actual new disco with an illuminated dance floor (calls to Griffith were not returned for this piece). The translucent yet perplexing brew has spread to at least eight Sydney cafes so far, and made its U.S. launch at Pasadena’s Copa Vida in early June 2015.

Presently Copa Vida is the only “dealer” of Elixir in the U.S. and offers four iterations of the product: Eight-, nine-, 13- and 14-hour brews. All are made in California using an Ethiopia Konga roasted by Copa Vida. The mason-like, screw-topped glass jars at Copa Vida are labeled only with the Elixir logo, the coffee’s origin and the number of hours it underwent sonication, similar to the labeling of the number of years a fine bourbon has been aged. 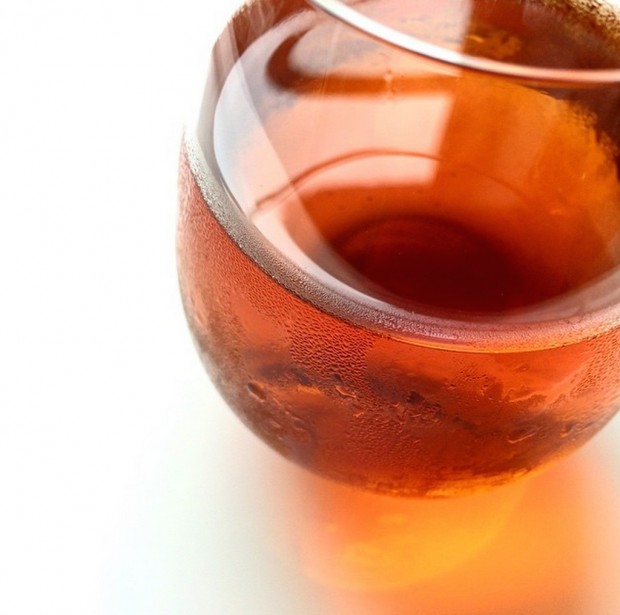 Copa Vida GM and Manager of Product Quality Frank La told Daily Coffee News that Elixir’s application of sound waves to the coffee is conducted entirely through music, which is quite unlike other existing culinary sonication techniques. “The team at Elixir are trying to keep it very proprietary,” La said. “All we know is that the coffee is brewed over a period of time using sound waves. How they’re doing it is not really specified. From what we know, the sound wave application is only through music.”

Though light on the details, La considers the process as being derived from research by a chemist in Japan whose subjects exhibited different patterns of growth when exposed to pleasant or emotionally positive sounds, as opposed to negative or harsh sounds. The Japanese scientist Dr. Masaru Emoto conducted experiments that he claimed demonstrated the effect of human emotional content on the formation of water crystals analyzed through microscopic photography, although his experiments have been widely discredited for lack of proper scientific controls.

While the use of music to apply sound waves to the coffee extraction is unusual, the sonication of ingredients in a culinary context by more concentrated means is actually a thing. The PolyScience Sonicprep Ultrasonic Homogenizer, for example, is a $5,000 machine that performs homogenization, emulsification, infusion, rapid barrel-aging, and other feats in a matter of minutes with no loss of nutritional, visual, or flavor integrity of any ingredients, using a direct 400-watt application of rapid, high-frequency ultrasonic waves. Precisely how any similar effect might be achieved solely through the playing of recorded music remains a carefully guarded secret.

“When Nick Griffith does a batch, he’ll tell us what music he used,” Frank La said. “He’ll say, ‘This one we played White Stripes the whole time,’ stuff like that.” Different durations of the Elixir extraction process yield different degrees of color and opacity, while highlighting different flavor characteristics of the subject coffee. While coffee left to steep in water for any number of hours will result in various degrees of extraction whether music is played or not, so far the reports on Elixir is that it is a beverage quite unlike any cold-brewed coffee known to the market. In her LA Weekly piece, Sarah Bennett reported that the brew is tea-like in its consistency, its herbal and fruit-noted flavors and its gentler, more sustained delivery of caffeine.

Frank La reinforced these observations, saying, “We did a tasting with our staff at 9 p.m. before we brought it on board, and all of them were able to go to sleep that night, and we had all had about 16 ounces of it.” La considers the product as having breakthrough potential for people that enjoy coffee but are sensitive to its high caffeine content.

Copa Vida encourages customers to sit with the beverage and experience it fully, rather than consider it an on-the-go pick-me-up. The café serves Elixir chilled in a stemless wine glass so that the warmth of the consumer’s hand gently raises the temperature of the drink to a point that enhances its flavor and aroma. The shape of the glass also serves to concentrate its bouquet at the top. “It’s a very refreshing drink,” said La. “It’s very nuanced.”

La said Copa Vida sold more than 70 8-ounce bottles for $6 apiece the first week, and has averaged 50 to 60 bottles per week since. It is being marketed as a sort of crossover product with appeal to tea- and other non-coffee-drinkers and has been positioned as an entirely new segment of the beverage industry. According La, Elixir is likely to continue to be offered to roaster/retailers as a sort of offsite brewing service.

Very interesting!! Its the same production method and business as I do for wine and spirits and cold brew coffee. I am using a 200W sonicator http://www.hielscher.com/200ht

This is so stupid. Only an American, with a poor scientific background, would be so perplexed by this. Sonication is a standard practice in the world of science for dissolution, e.g. You sonicate a mix of grounds and water and dissolve coffee solids into the water. Simple as that. They aren’t using fucking music to sonicate their coffee, that’s not plausible, but what IS plausible is how big of a fucking dope you are for believing it.