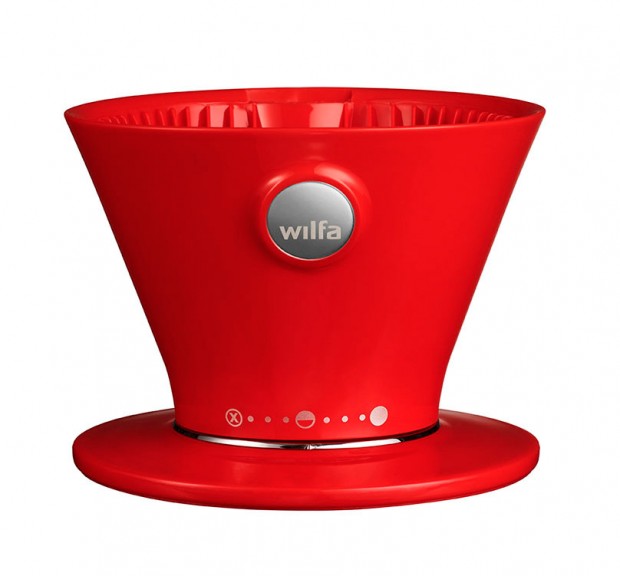 If we were to stack all the currently available pourover cone brewers on top of one another, it would constitute a load-bearing column of the industry. The latest face to be carved into the manual brewing totem pole is that of the Wilfa Pour Over, a brewer from the Norwegian manufacturer best known in the states for its Precision Coffee Maker, designed by renowned roaster Tim Wendelboe.

The Wilfa Pour Over joins the company’s Svart series of products, designed in conjunction with the Danish firm Designit, with input from Wendelboe as well. “Tim Wendelboe has been involved from the idea through to prototyping, and has followed the full process. Finally approved the product,” said Wilfa Product Director Arild Jørgensen in an email to Daily Coffee News.

Unveiled at the Nordic World of Coffee event in Gothenburg, Sweden in June, the Wilfa Pour Over essentially picks up where the HandyBrew, Clever Coffee Dripper and Bonavita Porcelain Immersion Dripper leave off. Like these three, it offers French Press-style immersion — with easy access to agitation of the water and grinds, if desired — followed by passive, gravity-fed filtration. A valve at the bottom controls the flow of liquid, and delivers brew directly into the user’s vessel. The Wilfa design is closest to that of the Bonavita, which features a heartier, better-insulating porcelain construction and a manually-operated, adjustable valve. 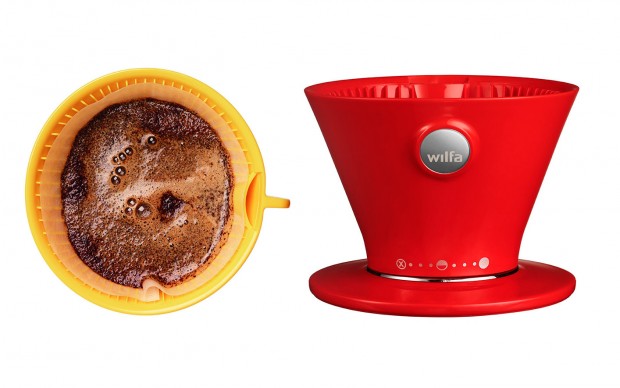 Where the Wilfa steps beyond its predecessors is in its enhanced temperature maintenance and more precise spout control. The Wilfa Pour Over’s double-wall insulated design purports to keep the brewer’s contents at the user’s designated temperature throughout the brewing process. And while the spout of the Bonavita can be opened incrementally, the Wilfa offers several clearly indicated aperture settings for the user to choose and more conveniently repeat. This provides greater flexibility in the amount of coffee brewed per use, as well as the flow rate when operated in the style of a non-immersion pourover.

The Wilfa’s BPA-free plastic construction is lightweight and resilient enough to endure the rigors of camping and travel more dependably than a glass or ceramic cone. It comes in several bright colors, has a maximum volume of one liter and accepts a Melitta No. 4 size paper filter. Presently it is only available in the Nordic market, although Jørgensen reported that they will coordinate with “several companies” for a U.S. launch this autumn. The Wilfa Precision brewer is currently distributed through a deal with Williams Sonoma.

“Deal with Williams Sonoma”… too bad that is synonymous with bad coffee devices at ridiculous prices.