Understanding How This Cute Little Lizard Can Help Save Coffee 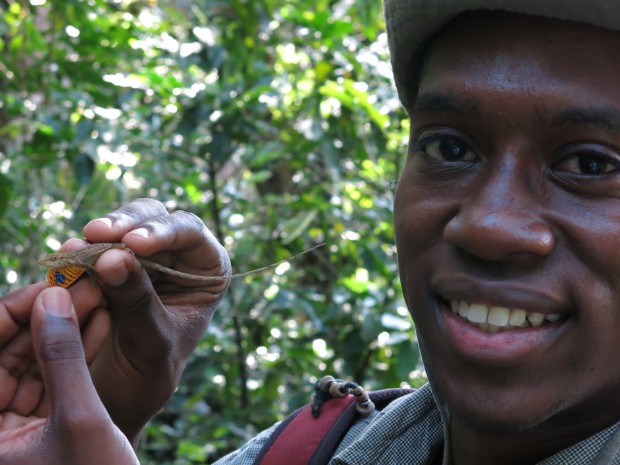 Researchers from the University of Michigan are exploring how small lizards within the Anolis genus — commonly referred to as anoles — are working naturally to mitigate the presence of coffee berry borers.

It’s the first research of its kind, and it may shed light on how biodiversity can work to prevent outbreaks of CBB, one of the most persistent threats to coffee production throughout the world. Other recent scientific research has endeavored to understand the CBB’s ability to live inside coffee beans, showing that the beetles’ exceptional guts allow it to withstand the equivalent of a 150-pound human downing 500 espresso shots.

The U of M researchers from the School of Natural Resources and Environment are currently working at the Finca Irlanda in Chiapas, Mexico, a network of farms operated by the Peters family for over two decades that has been something of a model for biodiversity in organic coffee production.

One of more than 300 species in the genus, the Anole sericeus is common throughout southern parts of Mexico. (Those of you from South Carolina or Georgia may be familiar with one of the lizard’s cousins, which bears a remarkable resemblance in its bright green coloring and somewhat territorial behavior.)

Ivan Monagan is one of six undergraduate researchers at Finca Irlanda, along with professors John Vandermeer and Ivette Perfecto. With a particular interest in lizard ecology, Monagan is monitoring two types of borers — those that dwell in coffee and the less destructive ones that dwell in the bark of shade trees. Importantly, he’s monitoring fecal samples of the anoles feeding on the beetles to determine their diet and how many of the tiny pests they can eat before they’re stuffed to their lizard gills. 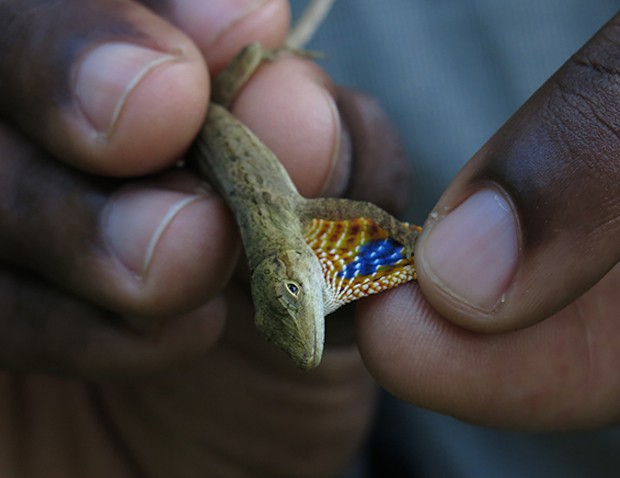 The group has also set up a test laboratory to replicate CBB outbreaks and monitor how lizards respond to them. And they’re comparing how the lizard feeding behavior varies between the organic farm and a nearby non-organic farm. Thus far in the research, more lizards have been collected in the organic environment.

There’s something quaint about this research — perhaps as it involves the interplay of two tiny animals — but species of anoles are found throughout the world, often in tropical and high altitude environments where coffee is grown. The anole may not be the slithery magic bullet for CBB, but it could be a useful piece of a biodiversity puzzle.