Coffee Education for the Masses from Blue Bottle’s Michael Phillips 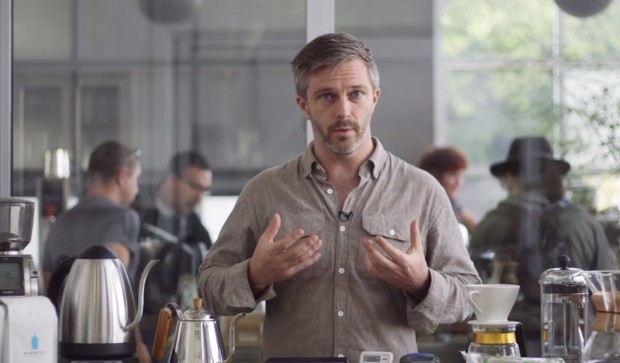 Phillips, representing Blue Bottle Coffee as the company’s training director, is thoroughly engaging throughout the 10-chapter, 59-minute video lesson titled “From Plant to Cup: Brew an Amazing Cup of Coffee.” As the title suggests, the lesson covers a lot of ground, from basic extraction theory and manual brewing equipment to coffee selection and a lesson in tasting. Espresso is off limits here.

For the uninitiated, Skillshare is a three-year-old online learning company that has raised more than $10 million from private investors and strives to provide as much interaction with the viewer as can be possible in a video format. The videos are self-paced, meaning viewers can repeat, pause and skip around chapters.

Although Skillshare’s content and its delivery resemble other platforms like Chefsteps — which, incidentally, has its own coffee series featuring another former world barista champion, James Hoffmann, and three-time US Cup Tasters champion Ben Kaminsky — the revenue model differs in that it is membership-driven, rather than fed by sales of individual courses. Skillshare does have a free membership option for those learners willing to give out a bit of personal information and endure persistent pleas for paid membership plan trials. 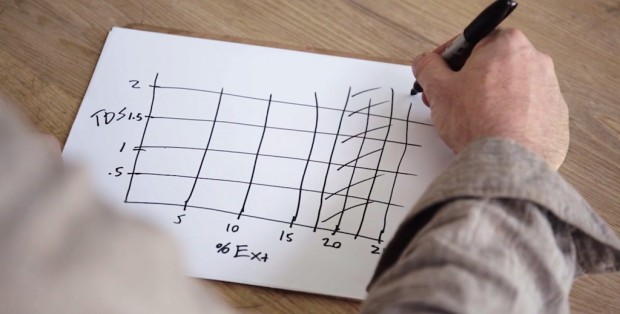 Although some of the Skillshare courses — including this brewing course — can get into fairly advanced territory in theory and skills development, they are non-accredited.

For Blue Bottle, the partnership with Skillshare makes total sense, presenting the company as an industry leader in coffee preparation as demonstrated by one of the world’s best barista trainers, and Blue Bottle coffees and packaging are strategically placed throughout the series.

The accreditation isn’t the biggest problem with sites like Skillshare or Chefsteps. It’s that they fundamentally miss a core component of an educational platform: the ability to be challenged, evaluated, and scored to measure you adherence or progress.

Without this key piece, these are no more “learning platforms” than a Facebook page of hosted videos and discussions with a paywall.