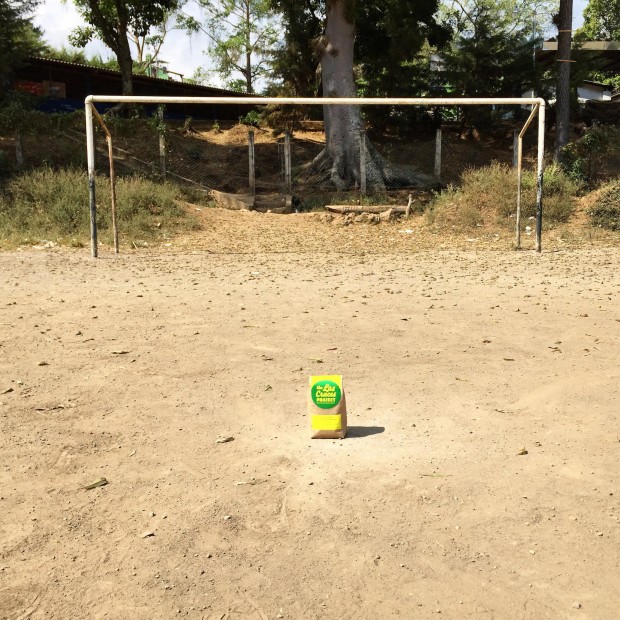 Portland, Ore., is a passionate coffee town if ever there was one. The well-caffeinated Northwestern enclave is also an ardent soccer town, home of the Portland Timbers, one of Major League Soccer’s most popular teams. CJ Speelman, head roaster and proprietor of the Portland micro outfit Tanager Coffee, finds at the nexus of these passions a wellspring of team energy ripe for the scoring of an altruistic goal.

With abundant background in nonprofit and grassroots charity work, Speelman’s strategy for Tanager is to source coffees as directly as possible, to tell each coffee’s story as fully as possible, and to help as many people as possible at every step of the way, but particularly the struggling workers and communities at origin.

The Las Cruces Project is the latest manifestation of the Tanager m.o., for which the two-year-old micro-roaster has partnered with the Timbers Army fan association, its backing organization the 107 Independent Supporters’ Trust, the Portland-based nonprofit soccer field rebuilding group Operation Pitch Invasion, and the multifaceted El Salvadoran coffee farming collective/mill/exporter Cuatro M Cafes. The project’s aim is to rebuild an ailing soccer field, in an effort to hearten and revitalize the coffee-growing communities of Santa Ana, El Salvador.

The pitch at the Las Cruces School, situated in the mountains outside Santa Ana, is a vital community hub used heavily throughout the year by thousands of local school children, coffee farm workers, and a semi-professional team as well. The only soccer field for miles around, it is a critical meeting place at the heart of the region. The field is plagued by poor drainage, there are no stands for spectators, the goals are falling apart, and any hope for improvements grows ever more distant as El Salvador’s coffee industry reels from La Roya, as well as the recent announcement by the ACE that its Salvadoran Cup of Excellence auction will be suspended for at least 2016. 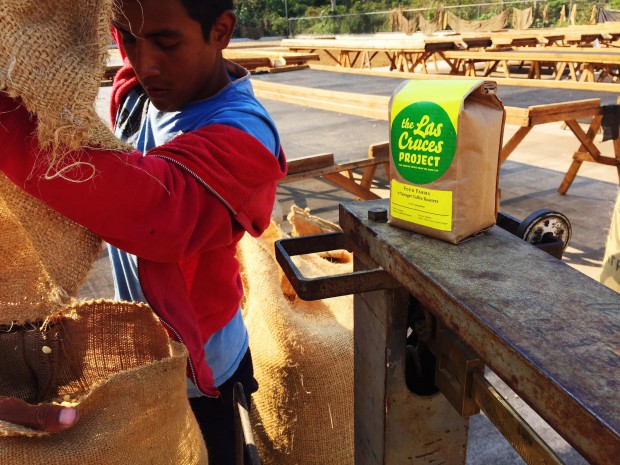 Soccer in El Salvador is more than a sport. It’s a galvanizing force at the center of life and society. Renovating the Las Cruces field is not as much about recreation — although good times are of core importance to anyone’s quality of life — as it is about giving a much-needed dose of hope to a struggling community. Aside from his efforts at organizing the project, Speelman also contributes by roasting and selling the Las Cruces Project Four Farms Blend, a single-region blend of coffees grown on four neighboring farms surround the Las Cruces school. Daily Coffee News spoke with Speelman to learn more about the project:

Are you a huge soccer fan? Are you in the Timbers Army?

I have always enjoyed watching soccer, but before moving to Portland I didn’t have access to a local club I could support. When I moved to Portland in 2009, I was really drawn not just to watching the matches from the stands but also taking part in the community effort that the Timbers Army provides, in supporting the Portland Timbers. It is that supporters’ culture of the Timbers Army that has really nurtured my love of the game and my love for the Timbers. 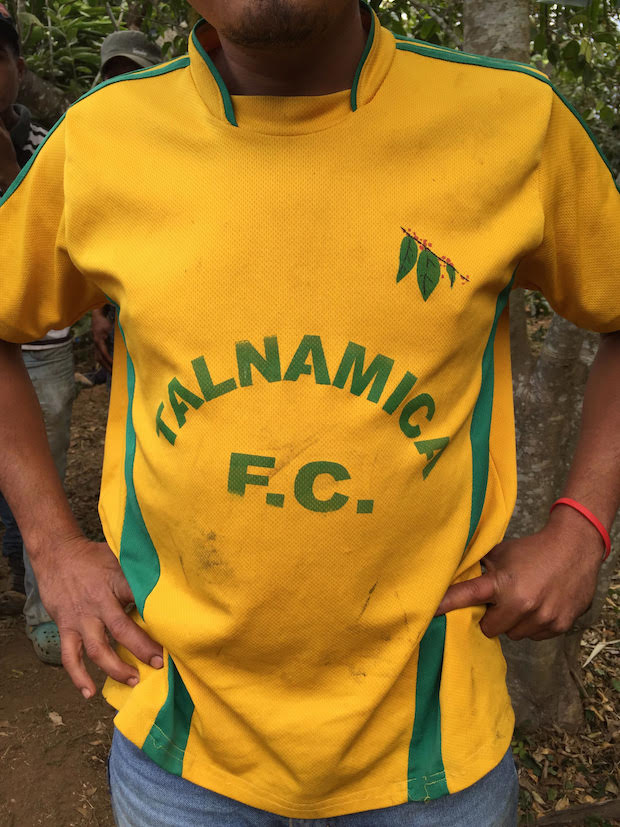 How did you first connect to this project?

When I started Tanager, one of the foundations of my mission was to be invested in my local community, engaging customers to not just be consumers of coffee, but to also be connected to and invested in the places their coffee was grown, and the people who produce it. After meeting Emilio Lopez Diaz of Cuatro M in El Salvador, I saw his dedication to producing extremely high-quality coffee while at the same time being very active in his community, and taking steps to take care of his workers that go above and beyond the norm.

I also met Scott Van Swearingen, the president of the 107 Independent Supporter’s Trust, the non-profit side of the Timbers Army, around the same time. The Timbers Army and 107ist are heavily active in the Portland area, fueling volunteer-run service projects that are an incredible benefit to the Portland area.

Meeting these two individuals and who they represented and the impact the respective organizations had on their communities, ignited the idea for The Las Cruces Project in my mind. El Salvador is incredibly passionate about soccer, much like Portland. Portland has established itself as one of the top coffee cities in the world, while El Salvador is always at the cutting edge of coffee production. The idea to bring these two cultures, both heavily influenced by coffee and soccer, together with the goal of rebuilding a soccer field in El Salvador, at the Las Cruces School just down the road from Cuatro M’s mill at Finca El Manzano — it just made sense.

Had you already been roasting greens from those farms?

I had tasted many coffees either grown or milled by Cuatro M before I had ever roasted any of their coffees. I met Emilio in 2013, and after sharing my idea for the Las Cruces Project, I planned a trip to El Salvador in early March 2014 to tour the Las Cruces School and the community field that we would be rebuilding at the school. 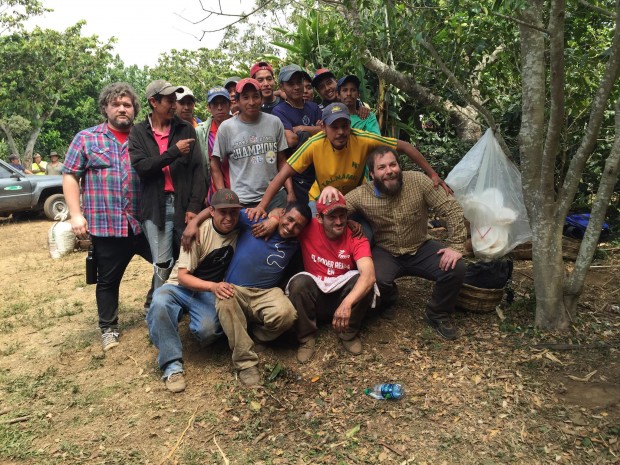 Are any of those coffees available outside the Las Cruces Four Farms blend?

All the farms represented in the Four Farms Blend are available from other roasters, I am not sure who. They are fairly large farms. This year, in addition to the Four Farms Blend, which is a regional blend of four farms surrounding the Las Cruces School, we will be showcasing two of the farms as standout micro-lots. I am really excited to roast these three coffees this year, they are all incredible. One of the farms, Finca Talnamica, we were able to visit a couple months ago and share in their last-day-of-harvest meal, a truly incredible experience.

What charitable ventures have you done before?

We were able to partner with the Ameena Project out of Kenya a year ago. Tanager purchased a coffee, Kiang’ombe, and a portion of the proceeds went to a school in Kenya, run by the Ameena Project, under the same name. Though not associated with the Kiang’ombe washing station, the school was in relatively close proximity. Tanager has only been around for two years, but we are trying to pursue this sort of partnership as much as sustainability will permit.

How close is the project to reaching its goal?

The initial run of Las Cruces coffee was really to generate interest and slowly spread the word. This year we are fully launching the Las Cruces Project, and as of right now, the 2015 harvest has just landed and we are really just starting to see the project finding its footing. We are all really excited to see how many folks have heard about what we are doing. We have a long ways to go until we reach our goal, but we are extremely confident! 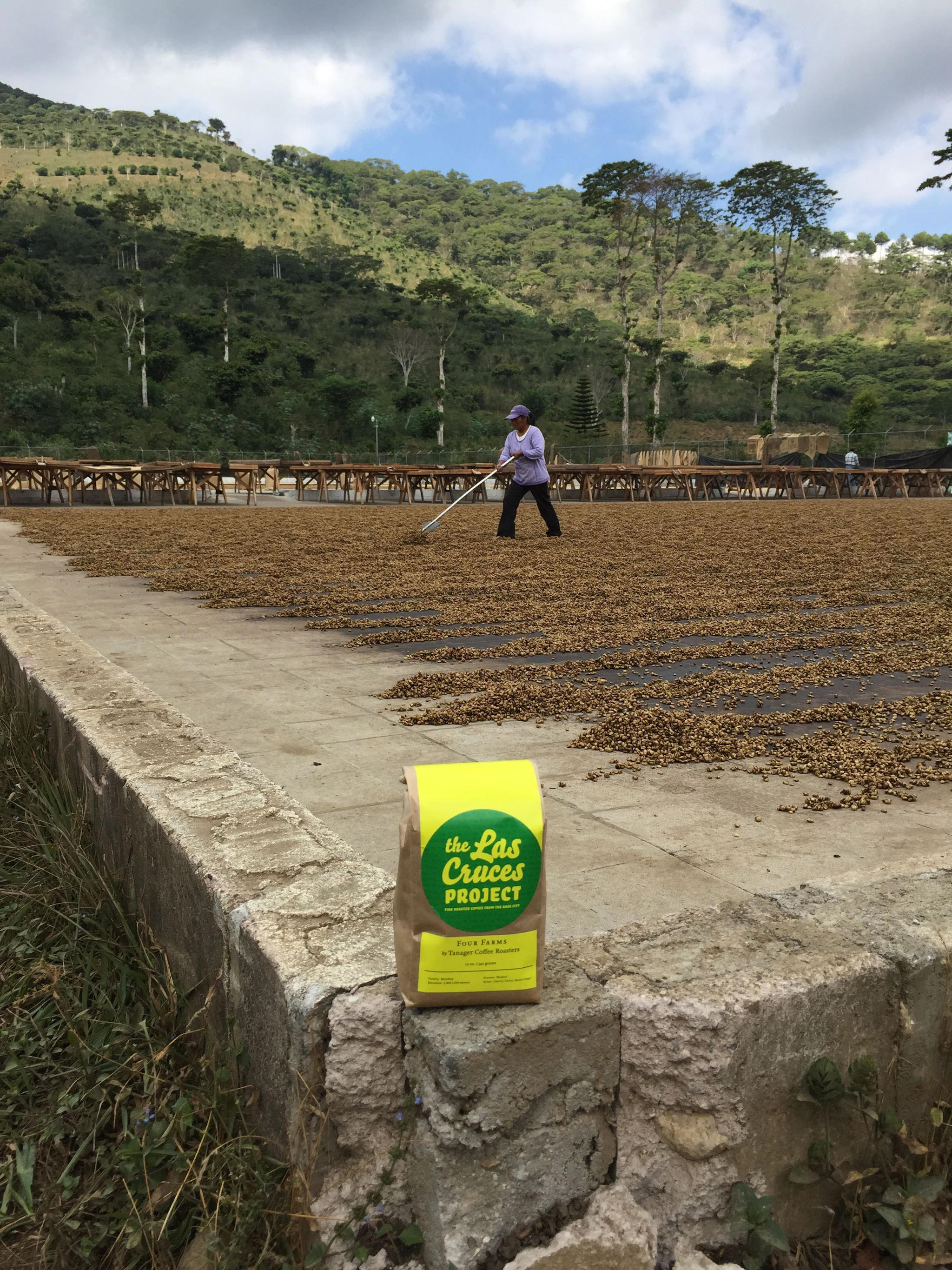