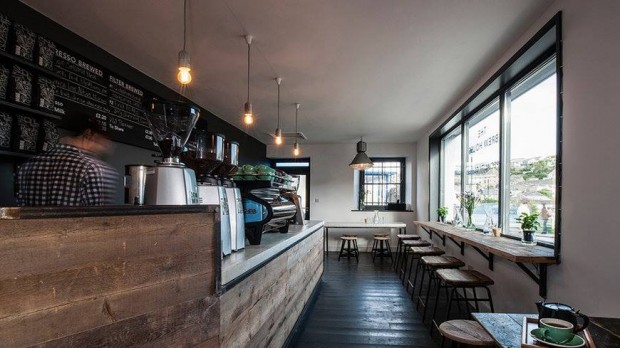 The Brew House by Origin Coffee in Cornwall. Facebook photo.

The UK specialty coffee segment can expect 13 percent year-over-year growth, outpacing the total UK coffee market (10 percent growth) and the British economy as a whole. This is one of the most positive takeaways from a report just published by Allegra World Coffee Portal titled The Future of Coffee, in which the future looks bright, indeed.

The WCP is able to draw from the financial analysis capacity of its parent company, the Allegra Group. The UK study included more than 18,000 online responses from consumer surveys and 67 interviews with senior industry leaders in the UK coffee segment in green coffee trading, roasting, independent retailing, chain and franchise retailing, and equipment manufacturing. While the research predicts increased investment in every retail segment, it suggests the upscale specialty segment has been and will continue to see the most growth percentage-wise.

For the purposes of the study, “specialty coffee” followed the definition put forth by the Specialty Coffee Association of America: Coffee with a distinctive character and no primary defects, scoring 80 or higher in the SCAA cupping protocol. WCP describes a “radically transforming” UK coffee scene due to the growing wave of independent coffee companies working to improve coffee quality and service. Although led by relatively small players, the trend toward quality-focused operations is manifesting itself in virtually all of the UK’s retail coffee segments, the study said. On that front, WCP offered the following examples:

Through its research, WCP also identified a “fourth wave” of coffee companies, describing them as Britain’s most progressive and naming names such as Workshop Coffee Co., Square Mile Coffee Roasters, Caravan and Origin Coffee. What is it that makes these coffee companies — all of whom happen to be roasters and retailers — of the fourth wave, you ask? According to WCP, it is their embrace of “new technology and scientific methods to refine the coffee-making process from farm to cup.” Said WCP, “In the future, greater attention to agronomy and processing at origin will help yield higher quality beans. A deeper understanding of the properties of coffee and the effects of water chemistry will enhance baristas’ coffee brewing expertise.”

Here are some of the most fun stats from the Allegra WCP findings:

I am so interesed on cofee word