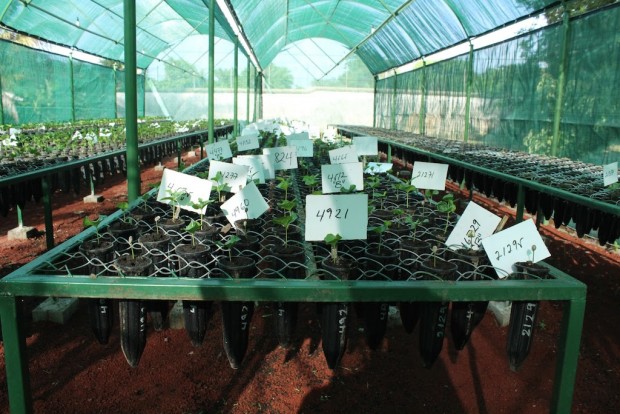 Photos of the “Core Collection” taken at a nursery at the J. Hill farm in El Salvador. All photos courtesy of World Coffee Research.

First of its kind research into the genetic diversity of Coffea Arabica has yielded some troubling results, as diseases, pests and climatic changes threaten the health of the global coffee supply in this century and beyond.

The pioneering nonprofit group World Coffee Research recently reported that a study of 947 plant samples representing an incredibly diverse range of wild and cultivated plants showed 98.8 percent genetic similarity — a much higher number than had been hoped, heading into the study. Compared to corn, rice or a number of other commodity crops that demonstrate around 70 percent genetic diversity, arabica coffee has now been proven to be one of the least diverse crops in the world.

For any species or population thereof, the diversity of genes is the key to preserving a species. Having lots of different genes among a population increases the probability that one or more individuals will have the necessary genes to adapt to and excel under challenges in the environment. The assumption is that these individuals would therefore be able to reproduce and pass on their genetic advantage to new individuals (think, survival of the fittest). A population made up of one clone (with exactly the same genetics) would be helpless to survive many threats. The wider variety of genes present, the more likely a species or population would be able to adapt to what is thrown at it. Today, there is an urgent need for adaptation to climate change or acclimation to extreme environmental and climatic events.

So, yes, this unexpectedly high lack in diversity is bad news indeed — especially given the fact that with access to the CATIE coffee germplasm collection, WCR had assembled for the study an incredibly diverse collection of arabica DNA samples, including wild coffees from from the species’ birthplace, Ethiopia, and samples from Yemen. The genetic sequencing itself was conducted by Ithaca, N.Y.-based Nature Source Genetics.

“It was kind of a bummer,” WCR Communications Director Hanna Neuschwander recently told Daily Coffee News regarding the study’s results. “I think there was a lot of optimism that, especially in the wild coffee, there was going to be pretty wide genetic diversity.” She added, “We’re not super optimistic that there is a ton of genetic diversity still hiding in those Ethiopian forests.”

While wild samples originating from Yemen and Ethiopian forests did exhibit greater diversity than the bulk of other samples, WCR also pointed out that the “most commonly grown coffee varieties are even more genetically narrow than the research collection, containing only 0.5 percent pairwise genetic diversity” — a fact that suggests arabica production as it currently stands is undeniably unsustainable.

The core piece of good news is that this very research has been endeavored, and by a nonprofit institution working on numerous fronts to improve long-term supply sustainability in the face of numerous natural threats. 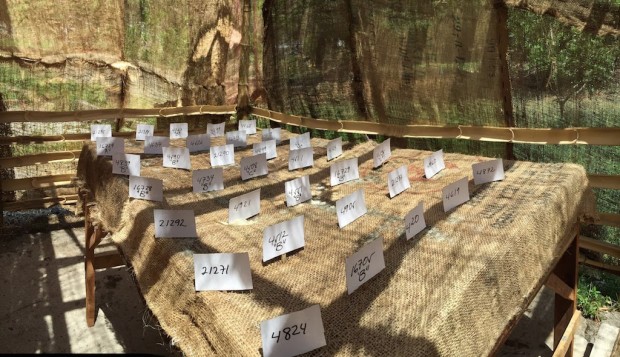 “The idea is that these plants can become a pool for breeders to work from,” Neuschwander said, noting that most breeding efforts in recent years that have some dual focus on cup quality and crop resiliency have focused on the Timor hybrid, a naturally occurring arabica/robusta hybrid discovered on the East Asian island in the 1940s.

But in understanding and logging the genetic variances among samples in the core collection — specifically, single-nucleotide polymorphisms (SNPs, pronounced “snips”) — the WCR hopes to create more informed breeding efforts through genomics. “We’re going to be able to take those SNPs from each variety and create a database,” Neuschwander said. “And over time, we hope we can begin to associate those SMPs with specific traits in coffee.”

In layman’s terms, WCR hopes to begin to identify the genetic variances in each sample that will, through classic breeding methods and not through genetic modification, hopefully present a kind of roadmap for how to arrive at certain specific traits in new hybrids — such as specific flavor characteristics, caffeine content, resiliency to any number of specific threats, adaptation to local soils and climates, and so on. Said Neuschwander, “The big picture plan is to breed better coffee.”

This is very much a “big picture plan,” a major undertaking and one that may not find widespread application in the world’s coffee lands for years, even decades, to come.

Of the core plants that are currently propagating on the three test farms, Neuschwander said, “It’s three years before you get the seed, then you need to pollinate, then you wait for those plants for another three years and see how they perform. You could be looking at 30 years.” 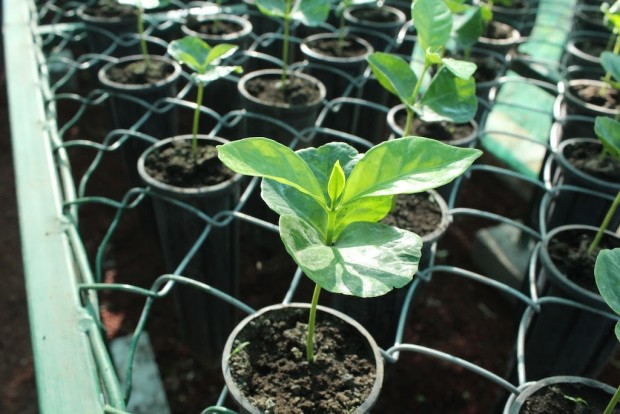 Intriguing, yet depressing article. Why is there such a lack of diversity? How many new strains of coffee plant would have to be discovered to deepen the genetic pool enough to lessen the risk of a coffee ccataclysm?