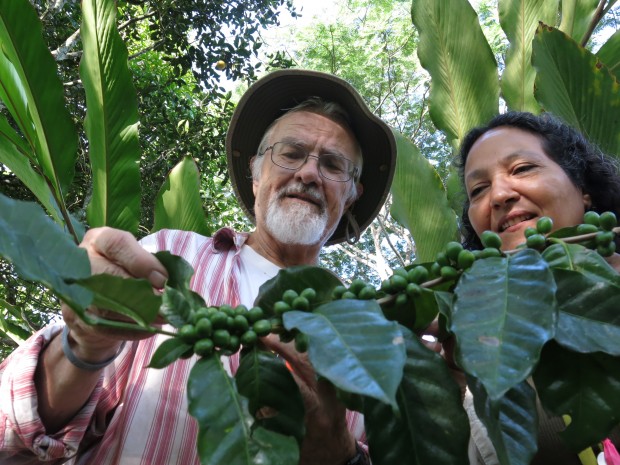 John Vandermeer and Ivette Perfecto. Photo courtesy of the University of Michigan.

John Vandermeer and Ivette Perfecto, a husband-and-wife team of ecologists from the University of Michigan School of Natural Resources and Environment, have been traveling back and forth to coffee farms in Southern Mexico for a good part of the past 20 years. In the process, they have become two of the world’s foremost experts on coffee agroforestry, largely focusing their work on Finca Irlanda, a 300-hectare organic farm in the mountains above the city of Tapachula in Chiapas, while having a hand in no fewer than 26 scholarly papers based on research there.Through their 17 years researching the coffee farm and all its natural workings, Perfecto and Vandermeer have likely never seen natural destruction to the scale they’ve witnessed in parts of Mexico and Central America over the past two years due to coffee leaf rust. But their research into the fungus is unique in that it is not necessarily producer- or market-oriented — it is purely scientific in nature and has been demanding an immensity of man hours for observation in the field, rather than merely poring over existing data. 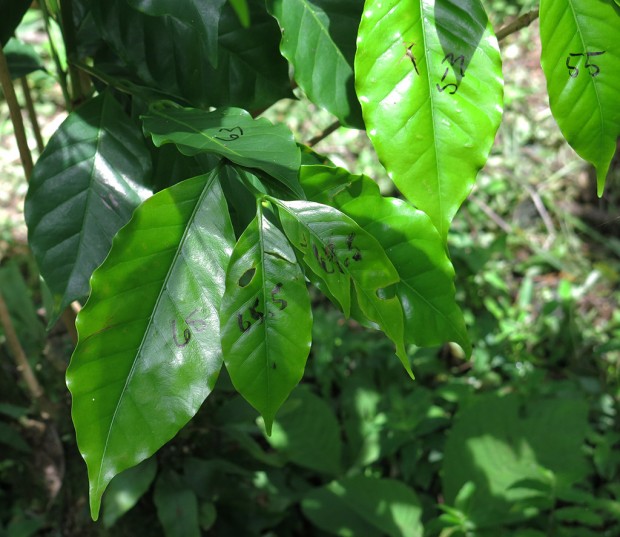 Leaves numbered with a felt-tip pen

In a recent feature story shared by the university, the pair discussed the farm and how their research is taking a more in-depth, microscopic view of some of the details surrounding leaf rust and other pests and insects that naturally exist among and affect coffee in organic, agroforestry environments. (Literally, microscopes are involved. See the video below for some amazing shots of things like ants corralling and eating a coffee berry borer.)

“Our philosophy is mostly one of prevention, keeping the farm strong and healthy with a lot of natural enemies that can combat the pests, rather than trying to solve a problem once it has emerged, which has been the approach of agronomists and pest-control management people,” Perfecto said. “They are presented with a problem. Let’s look for a solution to the problem. Our approach is: Let’s understand the systems that are working well.”

Vandermeer added, “Finding a poison is pretty easy. Every year, about 10,000 new poisons are introduced into the market. But trying to figure out how these ecosystems work in detail is pretty tough.”

In this short video, Perfecto and Vandermeer show off some of their more rust-focused work, as well as some of the individual projects on the farm being led by their students: