Popular point-of-sale systems and analytics provider Square today released the Square Coffee Report, which includes some interesting although generalized data related both to consumer trends and operational strategies among thousands of U.S. cafes.

While the report has been released to celebrate National Coffee Day, it also serves to remind coffee retail business owners about Square’s recently released iPhone-enabled Dashboard app, which provides real-time analytics on a range of important metrics.

The report itself is broken down into four main topics:

So let’s dive right in:

A few things jump out here. Hot coffee is the most preferred drink by a majority of U.S. consumers, coming in at just over 51 percent, but iced coffee comes in at a mere 2 percent, less than even chai or hot chocolate. Could this reflect a lack of differentiation in the menu as reflected through the POS system, or is the American cold coffee craze being totally overblown? Also, it’s somewhat sad to see espresso not registering enough sales to even make the list. 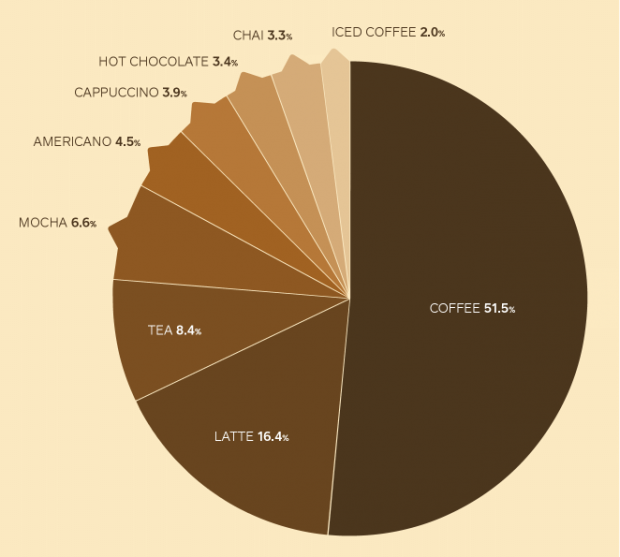 The takeaway here? If you’re working in coffee retail and want the biggest tips, move to North Dakota. Of course, there may be other factors dissuading your move to North Dakota, but Square says tipping should not be one. In general, it appears consumers in much of the South, the Southwest, the Rockies and the Midwest are a bit more generous with their tip dollars, whereas consumers in much of the Northeast have proven to be the stingiest. New Hampshire consumers placed last in the Union, while Connecticut, Massachusetts and Vermont weren’t far behind. 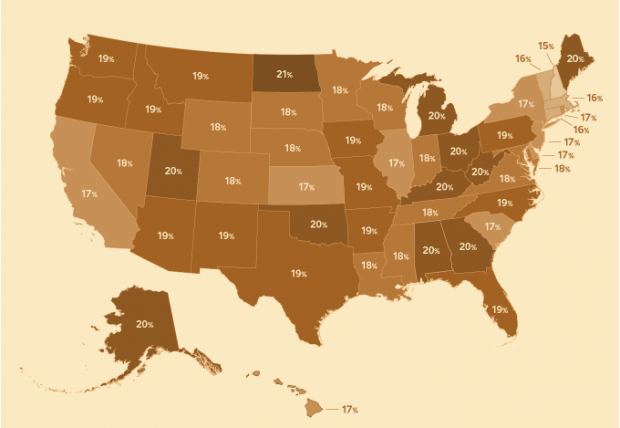 The cost of a mocha in the Mid Atlantic has got to be the weirdest thing going on here. 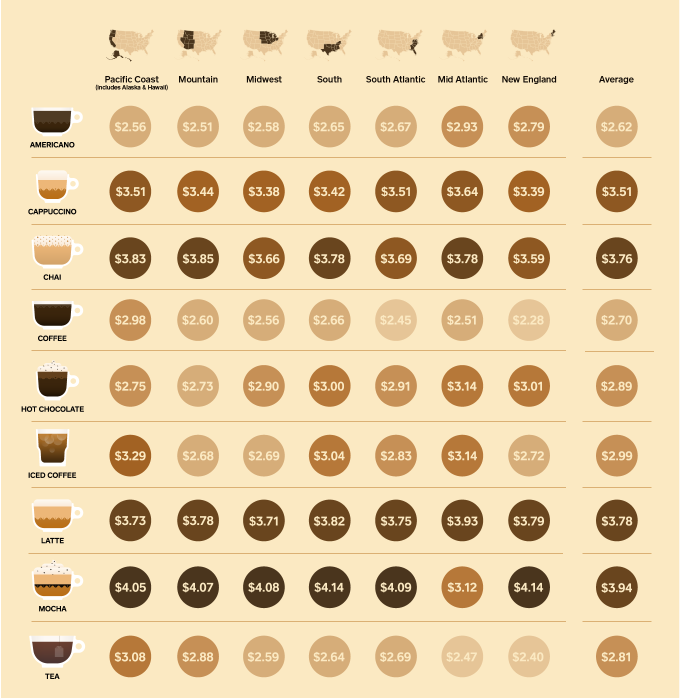 Nothing too illuminating here — 8:30 is the peak on weekdays, while 9:45 is the peak on weekend days — except for maybe the fact that a number of shops seem to be opening around 4:30 a.m. on weekdays. Square did also note that tea sales have shown to increase by an average of 45 percent after noon. 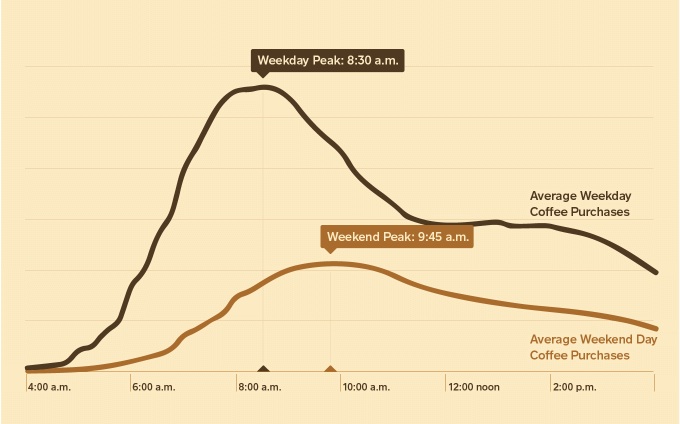 This is all very interesting but I’m concerned about the fact that theres no time period listed for the data. (Ie. was this data taken over a day, week, month, year?)

Additionally- what month(s) is the snap shot from? If Feb-March for example, that could explain the lower iced coffee cold brew sales.

Just curious. Thanks for publishing though. Its interesting stuff none-the-less.