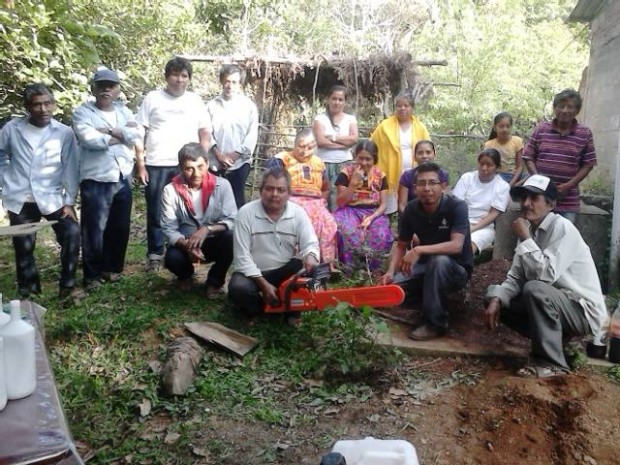 Growers First helped facilitate the cutting down of some 500,000 coffee trees in some of the areas hit hardest by leaf rust in the Highlands of Oaxaca, Mexico. All photos courtesy of Growers First.

It has been nearly three full years since the coffee leaf rust epidemic first set out on its destructive path through some of the most established growing regions in Mexico and the Central and South Americas.

Media attention toward the natural crisis has significantly waned during that time, peaking at roughly around late 2013 and into 2014. Yet as much as the coffee industry at large might wish to stuff leaf rust into a past problems file, it remains a serious threat to farmers today, either through its appearance in new crops or through what have been crippling residual effects to certain regions and farms.

A particular region where a number of farmers are still reeling from unprecedented crop devastation is the highlands of Oaxaca in Southern Mexico. Dave Day, for one, has a unique perspective on the scope of the devastation there. Since transitioning from a private industry coffee buyer to the driving force behind the farmer-focused nonprofit Growers First, Day makes frequent travels to Southern Mexico and Honduras. In Oaxaca, where Day has seen the worst of leaf rust, Growers First works primarily with smallholders representing the Mixe and Zapotec indigenous tribes.

After making no fewer than nine visits to the region last year, Day described a kind of “perfect storm” of destruction affecting those farmers, most of whom rely primarily on coffee for their livelihoods. The majority of the farms were populated by older, all-organic trees of a single heirloom varietal. So when rust hit, it hit hard.

“When we started working with farmers, they were making about $300 annual revenue,” Day recently told Daily Coffee News, adding that an immediate goal of Growers First was to drive that revenue up to $1,200 to $1,500 per year, a seemingly modest proposal. “Unfortunately with the devastation of la roya, a lot of the farmers we’re working with are down to a staggering $25 to $30 annual income. We always think of that kind of extreme poverty for farmers in other parts of the world. But it’s happening here.”

Day said prior to the rust outbreak, the region controlled largely by indigenous farmers produced some 120 containers of coffee, and this year’s forecast is for five. Said Day, “They’ve cut down 500,000 trees in the past few months — dead trees.”

Growers First’s revised goal for the region is to stave off the abandonment of the coffee farms altogether. Not only is Day invested in the region as a regular guest to farmers’ homes, he’s also hoping history doesn’t repeat itself. As a buyer in the private industry, Day annually bought from farms in the coastal region of Pluma Hidalgo in Oaxaca.

“At the time this was a 100-or-more-year-old growing region, and one year it was no longer available — and it was amazing coffee,” Day said. “I had been buying coffee from this area for 10 years. The region was held by a lot of big German farmers and they employed all their farmers from what were basically little economic villages. When coffee reached the 100-year-low, they let their fincas go because it didn’t make sense for these huge farms. When coffee prices came back, there were no more people to work the farms. These huge farms were in disrepair. For them it’s just business, but for the small farmers, it’s livelihood. I said I never want to see something like this happen again. It’s not just about next year’s crop, it’s about the next generation.”

Day and Growers First are currently helping farmer partners in 20 growing communities to plant 250,000 new trees between now and the end of next year, doubling that in each of the next three years with an array of varietals designed to maximize quality and natural threat resistance. The seedling program is just one of many ongoing efforts of Growers First, which is built upon five pillars — agriculture, economics, education, health and faith — each of which naturally covers a lot of ground. 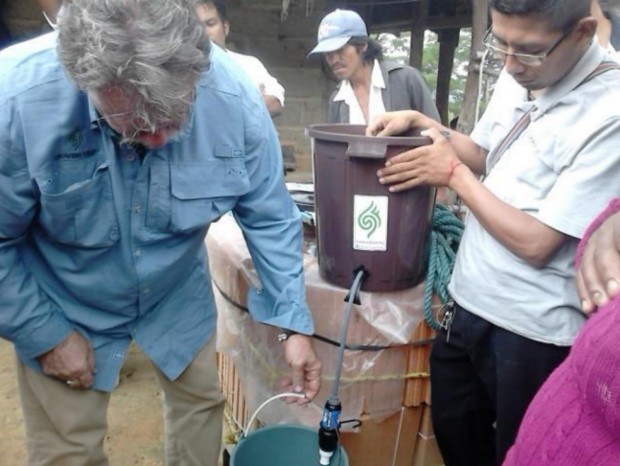 In Oaxaca especially, Growers First has increased outreach efforts to players within the coffee industry — particularly those that may have the buying power to help sustain the farms financially until such time as new crops begin to produce, and hopefully beyond. One of those players is California-based green coffee importer Vournas Coffee Trading. Vournas’ Andrew Vournas recently accompanied Day down to some farms in the Oaxacan region.

“This guy is doing more with less than anyone I know down there in coffee — it’s pretty amazing because he knows everybody down there,” Vournas said of Day after the company pledged a large investment for the year. “A lot of times these [farmers] are promised all kinds of stuff. Roasters will go down there, buy the coffee, love it, pay a premium for it, but maybe a year or two years later, they may not buy it. He’s there every year.”

Naturally, Day is hoping others from the private industry will see benefit in complementary long-term partnerships with Growers First’s partner farms throughout Mexico and Honduras, especially in the more remote areas of the coffee-growing world where infrastructure is poor and access to government assistance is virtually nonexistent.

For private trading companies like Vournas Coffee, the Oaxaca seedling program can’t merely be a charitable affair. In a sense, the company is banking on Growers First’s ability to help farmers implement quality controls as they enter a new era in working the land they have farmed for generations. “These people don’t want handouts,” Vournas said of the indigenous farmers at the center of the project. “That’s not what Growers First is about and its not what we’re about. They want sustainability, but they need a little help in order to find it.”

Vournas described groups like Growers First as like “de facto governments” providing the only accessible connections related to infrastructure, quality and the potentially premium market. That’s why Day is so eager to take roasters, brokers and other potential buyers with him to origin, to see the work the nonprofit has been facilitating firsthand and to meet the farmers who are executing it.

“Our goal as an organization is to be a conduit not just for a year. We want a roaster to be excited about a village. We want to help get them involved and engaged in ownership of these projects,” said Day. “We’re always looking to bring people down there to get more involved and to be more interested. You can call it direct trade, but it’s full-time work strengthening the value chain. And we’re trying to give farmers hope to keep working their land.”

Such noble intentions and work, but having spent a lot of time in this area in my own coffee buying days I wonder if some involved are really seeing the situation in Oaxaca in a global competitive context.

Yields in these farms have always been among the lowest in the world (on par with wile forest coffee in Ethiopia) and the saving grace if there was one was savvier farmers learned to grow a little bit of coffee for cash while growing pretty much everything else they needed to survive.

Mexico has had decades to join the specialty coffee revolution but has made zero progress. Partly it’s a lack of organization and will, but there’s also the reality that with exceedingly rare exceptions the best coffees the country can produce are going to score in the low to mid 80’s. It’s no accident that the only presence the country has had in the specialty market has been “cause” coffees like certified organic and fair trade, which have worked to some extent precisely because the country can’t compete based on cup quality. I apologize if this sounds harsh, but it’s reality.

Given that of course replanting trees hit by roya is great, but how about helping these farmers diversify into crops likely to be more profitable in the long run? Ron Cooper over at Del Maguey has done for Oaxacan mezcal what no one has done with Oaxacan coffee, so there’s one idea to look at. Cacao? Great local mole sauces packaged for export?

And as long as there’s replanting going on, how about taking a hard look at not only diversifying the varieties planted but getting away from typica, which yields a quite bland and low-acid cup in those particular microclimates. With such low yields how wonderful it would be if there could be some planting of varietals that would earn (in the cup) real premiums. They’ll never produce volume there, so in the absence of volume margin would help a great deal.