On Modern Slavery in the Coffeelands: Now What? 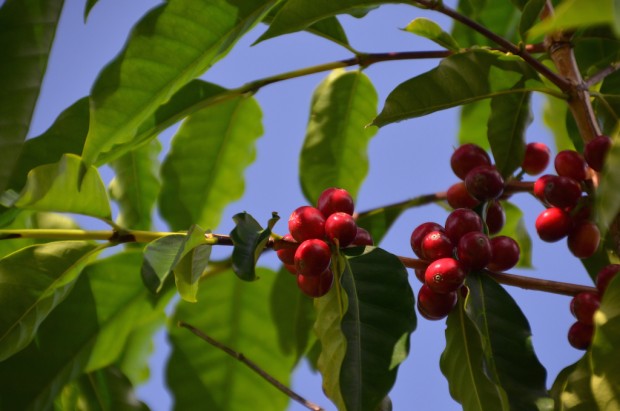 For more than a week I have been writing about Brazil’s extraordinary effort to eradicate modern slavery, and how that effort relates to the country’s coffee sector. Today is the eighth, final, and perhaps most important post in the series. The one that answers the question, “So, what?”

So, now we know this terrible thing about coffee in Brazil. What do we do with that information?

Here’s we should NOT do with it: punish Brazil’s coffee sector.

Here’s what we SHOULD do with it: use it to engage more proactively with supply chain actors there on labor issues in coffee, and to send a message to other coffee-growing countries that the coffee industry wants more of this kind of information, not less.

The labor practices I have described here are not pretty. But I am pretty confident I have seen labor practices in the coffee sectors of other countries that are just as bad, if not worse. The difference between those countries and Brazil may not be that Brazil has worse labor practices, but better governance. Certainly it has a better track record in fighting modern slavery than any other coffee-growing country in the global South.

We learned about this problem only because Brazil’s government has married its extraordinary worker protections with a deep commitment to transparency.

Punishing transparency and truth-telling encourages the opposite

When we punish countries for the content of the information they produce as a result of their commitment to transparency, we discourage them from being transparent in the future. Punishing Brazil’s coffee sector would create a powerful disincentive for other countries to follow Brazil’s lead, which is of course precisely what we should want other countries to do.

I interviewed U.S. Department of Labor veteran Rachel Rigby recently about her work on the List of Goods Produced with Child Labor or Forced Labor, which identifies 14 countries whose coffee sectors rely on child labor. In that conversation, she offered some important insight that is relevant here. She told me that “countries that are transparent and open about data collection and dissemination are often the most cited, but this doesn’t mean they have more child labor than other countries.”

“Sometimes countries can feel that they are being punished for being more open about the problem,” she said. “For just that reason, we need to be supportive of those countries that are willing to be leaders in confronting these issues.”

Is the information uncomfortable? Certainly. Does it position us to identify, address and ultimately remediate the worst labor practices in coffee more effectively than we could in the absence of that information? Absolutely.

Why Coffee Should Hold Up Brazil as a Shining Example

Brazil’s campaign to end modern slavery has won praise from labor rights advocates and criticism from a substantial number of domestic opponents who believe the country’s definition of modern slavery is not aligned with international standards as defined by the UN’s International Labor Organization.

The letter of Brazil’s slavery law may be legitimately questioned by critics, but the spirit of the country’s campaign against modern slavery — particularly its strong protections of workers and its commitment to freedom of information — is deeply aligned with emerging standards for worker protections and supply chain transparency in the world’s leading consumer markets.

Brazil isn’t out of step with international norms. It may have just been a little ahead of its time.

Its work is consistent with the focus of the California Supply Chain Transparency Act and the UK’s Modern Slavery Act — two recent measures that have obligated companies to improve and/or disclose their efforts to mitigate labor risk and eradicate modern slavery from their supply chains. More importantly, they are likely harbingers of things to come in the marketplace.

At a time when both the marketplace and government are demanding more information from coffee companies — and all companies, for that matter— about the social and environmental conditions of production in their supply chains, Brazil has put in place people, processes and systems to make that information available. It isn’t just positioned to help coffee companies deliver better information to consumers and government oversight agencies, it is positioned to help them more effectively identify and remediate risks in their supply chains.

The Challenges for the Market

There is an anecdote from the 2014 edition of Let’s Talk Coffee I have shared before, but want to repeat here as it seems especially resonant in this context.

The event opened with a panel discussion on the state of the coffee industry. That conversation explored the implications of public policy for the coffee trade, with SCAA Executive Director Ric Rhinehart suggesting that the composition of a country’s coffee sector — the degree to which it is inclusive of smallholders and farmworkers — is in large measure a function of its policies.

During the Q+A that followed, a Brazilian grower asked whether Brazil’s policies —particularly its strong environmental and labor protections — make the country’s coffee growers less competitive vis-à-vis growers from other countries with weaker regulations.

Carlos Brando, whose sterling coffee pedigree (International Coffee Organization, World Bank, Sustainable Trade Initiative, Coffee Quality Institute and UTZ Certified, among others) makes him a kind of unofficial ambassador of Brazilian coffee, was on the panel with Ric. He didn’t miss a beat in responding to the question: “No, they don’t make you less competitive, they make you more sustainable.”

His suggestion was that Brazil’s growers are generating value they are not capturing through environmental and social management practices that may be better than those of growers from other countries; that the trick is not to roll back the protections, but to figure out how to leverage them more effectively in the marketplace to the advantage of the growers who comply with them.

Ric added, to finish the 1-2 punch that represented for me the single best moment of Let’s Talk Coffee: “It’s not that Brazil does too much. It’s that everyone else does too little.”

And that is the challenge to industry. Will industry pull back from Brazil because its government was courageous enough to tell an inconvenient truth? Stand by idly and watch the mechanisms that allowed this information to see the light of day in the first place be dismantled? Punish it for its commitment to the kinds of transparency that specialty coffee says it wants more of? Shift its sourcing away from Brazil to places with weaker labor protections, joining the race to the bottom that characterizes so many other sectors of our economy?

Or will coffee reward Brazil? Lean in instead of leaning away? Seek deeper engagement on labor issues in Brazil’s coffee sector? Speak up in defense of tools like the Dirty List and InPACTO and use them to manage supply chain risk? Join the country’s fight against modern slavery?

More Posts from this Series:

#1: Modern Slavery in the Coffeelands

#4: A Little Perspective on the Scope of the Problem

(Author’s note: This is the third in an eight-part series about modern slavery in Brazil’s coffee sector. The series draws on research coordinated by CRS and conducted by Repórter Brasil with the generous support of the Howard G. Buffett Foundation and allies working in the coffee sector, including: Allegro Coffee Company, CRS Fair Trade, Fair Trade USA, Equal Exchange, Keurig Green Mountain, Lutheran World Relief, the Specialty Coffee Association of America, United Farmworkers, UTZ Certified and others. The views expressed in this series are those of its author. They do not necessarily reflect the views of the companies or organizations that provided financial support for the research that informed this series.)

(Editor’s note: The preceding story was republished with permission by the CRS Coffeelands blog. The views expressed are those of the author and do not necessarily reflect the views of Roast Magazine or Daily Coffee News.)