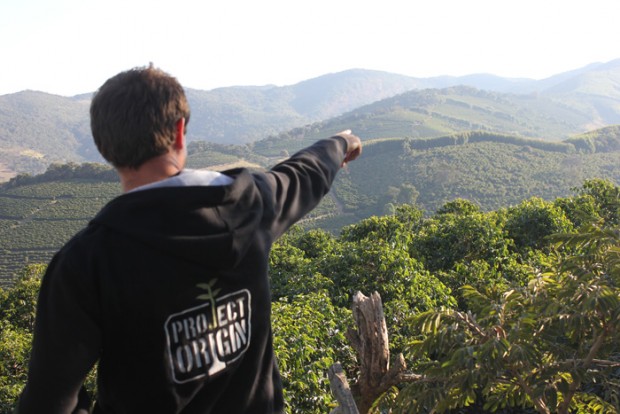 2015 World Barista Championship Sasa Sestic of Australia is leveraging his profile and his partnerships to lead “best of” green coffee competitions and auctions this year in El Salvador and Honduras.

The initiative includes the formation of two nonprofit organizations under the Project Origin name in each of the countries, and Sestic and his partners in the venture have enlisted the help of producers, government organizations at origin, coffee quality professionals and event organizers to help operate the program.

It is worth noting that the Alliance for Coffee Excellence announced last year that it was suspending Cup of Excellence competitions in several of the countries in which the organization had typically held its high-profile COE auctions, which have served over the years to connect buyers to premium green coffees while fetching top dollar for producers. The group said the suspensions were temporary as the organization revamps its operations.

While El Salvador one of the countries in which the COE has been suspended for 2016, Sestic said in announcement that the Honduras Project Origin program was created to include exceptional late harvest coffees that wouldn’t fit with the timing of the existing ACE COE 2016 program in Honduras.

Supporting producers who have had coffees placed in the top 15 of past COE competitions, the El Salvador Project Origin auction will take place May 2-8.

“In El Salvador we have several long term partners and really great relationships with Gilberto Baraona, Jorge Raul Rivera and Mauricio Salaverria,” Sestic said in an announcement of the program. “Through our connection with them we’ve decided to create this event to further support the great work and great product that comes from this country.”

Sestic and the three partners mentioned will serve on the board for the program, while 2011 World Barista Champion Alejandro Mendez, who hails from El Salvador, will act as coffee manager.

“In Honduras, six of the last eight COE winners have come from the El Cielito Mountain in the Santa Barbara region with an average score of 91.56,” Project Origin said in the program announcement. “When Sasa met Jorge Lanza and his family and was welcomed into their community he was so inspired he decided to buy his first coffee farm on this same mountain. Realizing that the unique microclimate means many farmers here are picking exceptional crop from March onwards, but it will never see representation at the Cup of Excellence auctions due to timing alone, Sasa decided to create the Late Harvest auction.”

The event will be run with support from IHCAFE, the Honduras government, Benjamin Paz, the Lanza family and the Sestic family.

Here’s more from Project Origin, which is currently looking for participants in the new competitions/auctions from interested parties throughout the supply chain, including competition judges and potential coffee buyers.

What will the itinerary be?

Itineraries are to be confirmed but as part of the community building and education objective the events will include cupping, workshops, information exchanges and visits to farms. Workshops will be run either at the farms or in the afternoons on cupping days.

We’ll visit 3 of the most popular regions in El Salvador Apenaca, Cheletanango and Tecapa. During these visits you will meet coffee producers and learn about practices they use at their farms.

We’ll visit COE winning farms like La Huerta. You will also visit Sasa Sestic’s own farm, Finca Beti. Through these visits you will talk to and share educational programs with producers.

If you are interested to visit the Marcala region after the auction also we can assist by putting you in contact with IH Café and producers in Marcala. This is not part of the event itself but we can help you extend your trip if interested.

Project Origin is very keen to develop sessions where producers are also able to learn from buyers, what we look for, how we assess and what purposes we have for the green beans we buy.

Often this information gives them the understanding to improve processes and strive for higher quality.

How will the cupping process work?

Before the auction entries will be put through a pre-selection process by a national jury in each country and cut down to the highest scoring 35-40 coffees. The international jury at the Project Origin Best Of Auction in each country will then judge to come up with the final winners.

On the final day coffees will be auctioned off so these exceptional crops and the stories of their producers can be shared across the globe. Coffees that will be auctioned will be 86+ points. The auction will include an online bidding system for those who cannot physically attend.

Coffees that do not make the finals can still be purchased by attendees where interested. After the auctions Project Origin will assist with shipping coffees to your destinations.

How do I express interest?

Email Habib Maarbani, [email protected] Please include “Project Origin Best Of Auction” in the subject heading, and let us know a bit about yourself and why you’d like to attend and I will forward you a judging application form.