Subscription Service Crema.co Officially Jumps Out of the Box 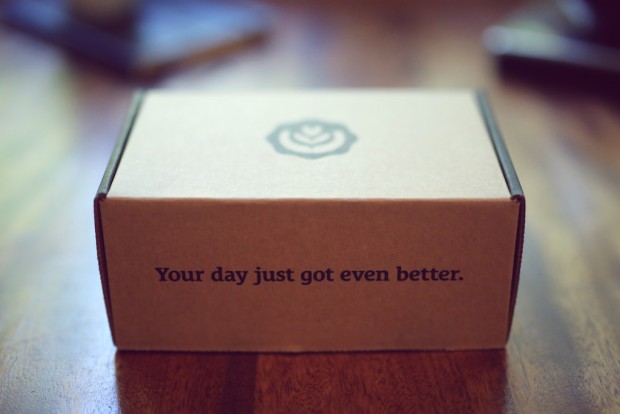 All photos courtesy of Crema.co

In a consumer climate characterized by convenience, the coffee subscription segment has seen its temperature rise exponentially over the past few years — even reaching a boiling point at which some multiroaster subscription startups have dried up while others have thrived.

Among those that have weathered the storm, Crema.co officially launched in December, following months upon months of development and tweaks to the company’s branding and operational model. Founded by CEO Tyler Tate, Crema’s nascent business received a bump of over $25,000 from a succesful Kickstarter campaign in April of last year, and took the following months to build a team and refine the model for maximum consumer convenience and customization, while also making the process as simple as possible for participating roasters.

Roasters currently on Crema’s partner list include Bold Bean (Jacksonville, Fla.), Nossa Familia (Portland, Ore.), Toby’s Estate (New York), Paradise (Ramsey, Minn.), One Village (Souderton, Pa.), Villa Myriam (Albuquerque, N.M.), and James Coffee Co. (San Diego). Subscribers to the platform can add a credit card and select coffees from among any of the available offerings. Coffees are then roasted to order and shipped from the roastery in the roastery-branded packaging within a Crema-branded cardboard box. 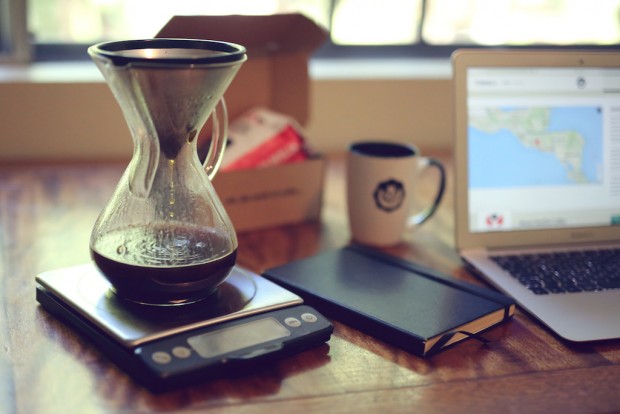 “We put a huge amount of effort into the process for roasters, from receiving the orders to packing,” said Crema’s Emily McIntyre, who began working with the Crema team in May 2015 and became operations director in December.

McIntyre said Crema promises its customers that coffees will be roasted and mailed within three days of the order date, meaning buyers typically receive coffees in approximately three to five days from the roast date. “It’s a fantastic process for roasters,” she said. “We have a great set of partners we’re working with and we’re going to have several others coming on in the next few weeks.”

Consumers, meanwhile, can order coffees at any number of delivery frequencies, either maintaining consistent intervals or changing it up on a per-order basis. The platform also allows for numerous search options designed to highlight quality and cater to specific tastes. Not only can they search by roaster or by roast level, they can also organize coffees based on certifications or region of origin.

One of Crema’s strengths is in its presentation of the coffees, each with essentially its own page on the site that includes detailed tasting notes, several paragraphs on the farm or cooperative that produced the coffee, key stats on the growth and production of the coffee (elevation, processing method, etc.), as well as several paragraphs on the roaster who turned the green coffee brown. In essence, the platform provides the coffee’s seed-to-roast story.

“The quality of content is a huge thing for us,” McIntyre said of the Crema approach. “We put a fair amount of work into each coffee. A roaster will present the coffee and give us the information on it, and we try to dive deeper. We try to create a beautiful listing for their coffee.” 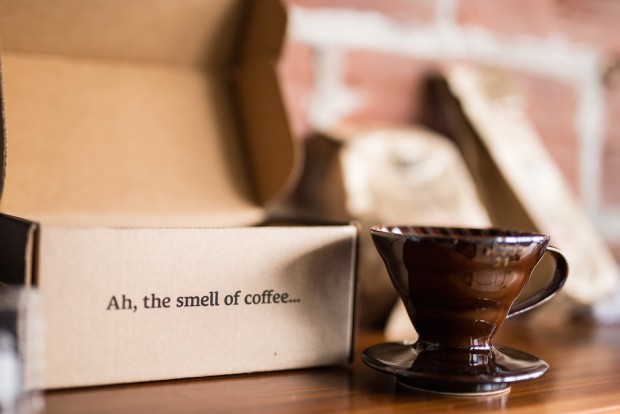 While Crema maintains a relationship with a third-party Q grader for quality control purposes, its fundamental strategy regarding partnerships is to work with roasters they know and trust who have demonstrated a reputation for quality over time. Said McIntyre, “We developed relationships with a few core roasters and have given them a fair amount of freedom in what they present.”

McIntyre was hesitant to share specifics on the subscription company’s business model — particularly, how it plans to make its money — but said that the goal for pricing each coffee is that customers pay the same price or less than they would if they were to buy directly from the roaster and pay for shipping.

While the company plans to roll out features such as a gifting option, it just introduced a $5 referral feature, with the new and referring customers each receiving a credit. On the company’s future plans, McIntyre said, “We’re young and agile, and there’s a lot of room for growth.”