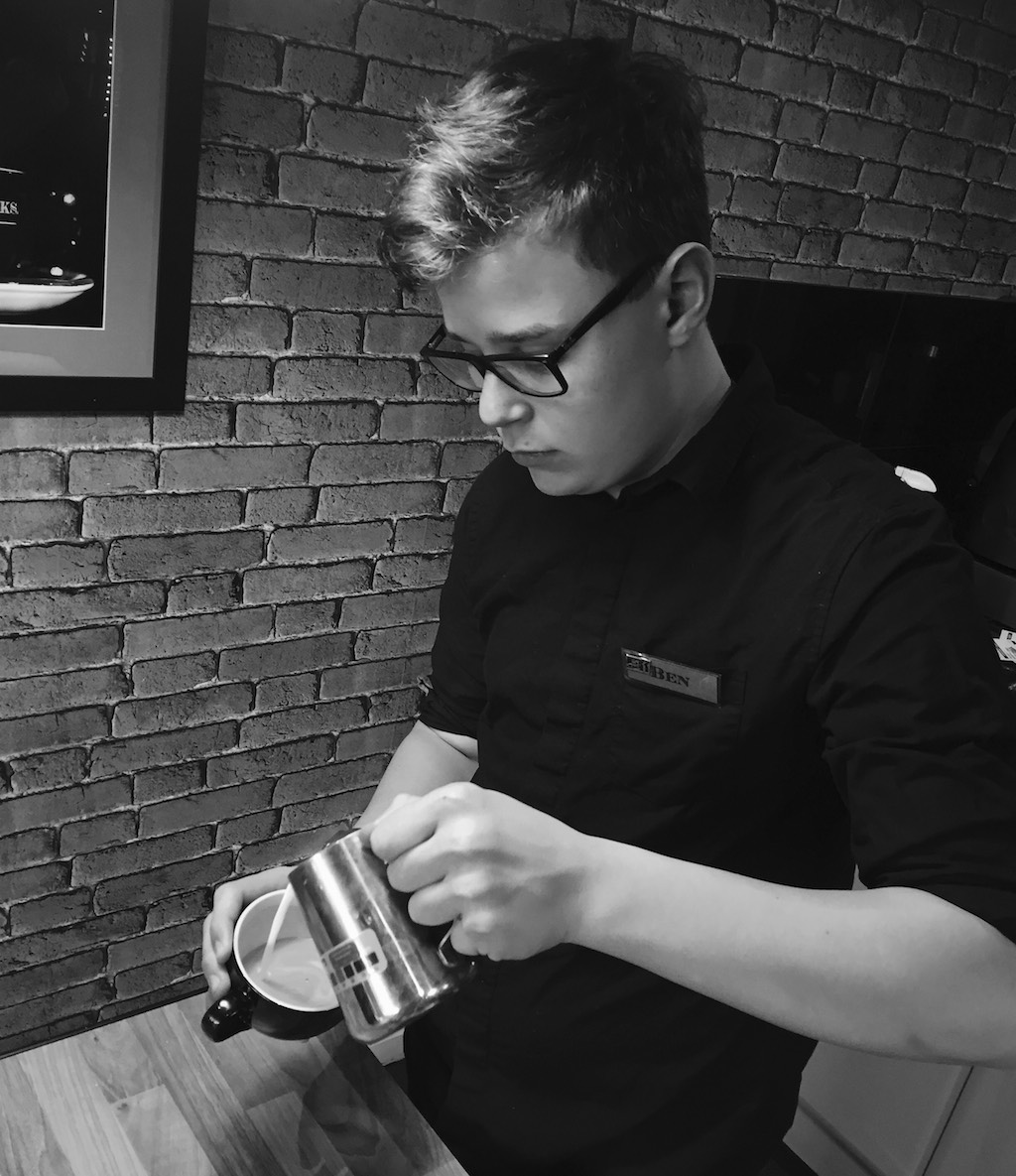 Ben Garnett, the teen-aged sole proprietor and roaster of the UK-based Profile Coffee Company, is by no means resting on his laurels. The passion that drove him to start his own business last year at the age of 14 continues to propel him forward in the coffee industry, most recently through a series of SCAE-accredited courses that the upstarting entrepreneur actually completed last month.

According to a press release issued by Profile Coffee Co., the now 15-year-old Garnett has become the youngest person ever to receive professional barista certification from the SCAE.

The youth from the town of Woking, England, continues his regular studies at Frensham Heights School in Farnham, while maintaining his fledgling roastery, working at the Penny Blacks Coffee House, and pursuing SCAE certifications, the latter of which is by no means easy even on its own.

“It was difficult to complete the course as you need an understanding of how a coffee shop runs but also execute coffees to the highest level,” said Garnett in an email exchange with Daily Coffee News. “Although it was extremely hard at points, it has always been enjoyable.”

It took Garnett nine months to complete the necessary courses for barista certification, and he doesn’t intend to stop there. “I will be completing my coffee diploma in the near future with the roasting/brewing/sensory skills courses with the SCAE,” wrote Garnett. “I really want to become a Q grader and a professional taster, so that is something that I will accommodate at a later point.”

Garnett’s first position as a barista came at the age of 13, the youngest a person is permitted to work in England — one year younger than legal working age in the U.S. Profile Coffee Company launched last year, and Garnett now reports that he has upgraded his roaster from a Gene Café CBR101 to a 2-pound-capacity Gene Café CBR1200 that quadruples the previous production capability.

“I don’t think we need to upgrade again for quite some time,” stated Garnett, while acknowledging the possibility of demand catching up with capacity sooner or later. The young roaster continues to look forward to a time when he’s able to open a café of his own, but he’s taking it one step at a time, focusing first on developing the roasting business and continuing to pursue additional SCAE certifications.

Meanwhile, baristas on the UK competition circuit will have to watch out for this shark pup in the tank. “I would absolutely love to be able to participate in any competitions that I can,” said Garnett, although the limelight and prizes are not his motivation. Garnett said he seeks to compete “mainly to better myself and see where I compare in the coffee community.”

Another expansion of the Profile Coffee Company is into the education sphere itself. Garnett has started organizing coffee information and tasting evenings, where the young entrepreneur intends to share his knowledge and love of all things coffee with anyone who signs up. The first event is slated to take place on March 24th at Penny Blacks Coffee House in St Johns, Woking.

So inspiring and motivating.Thanks daily coffee news and best wishes to Ben Garrnet

I was just reading about worlds youngest q-grader aunches youth supportive joven coffee and here we go with one more inspiring story , even it it’s an older one 🙂
Thanks Daily Coffee news for spreading and inspiring others!