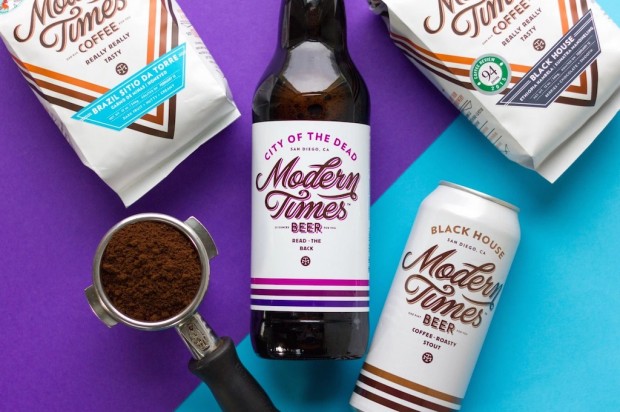 Due to soaring demand, the brewery itself recently expanded into a neighboring space in its Point Loma production headquarters, where in full view of the public taproom is a production roastery with a custom-painted Giesen unit. Several rows of former wine and spirits barrels occupy one wall, where green coffees are being conditioned prior to roasting for their eventual existence as standalone coffee offerings or as beer ingredients.

Modern Times coffee director Amy Krone shared more with with Kandace and Ray on the coffee program, which recently included MT’s first direct sourcing trip, where they picked out a complex, fruity pulped natural from the Cocarive cooperative in Carmo de Minas, in Brazil’s Minas Gerais region. Kandace and Ray also eagerly sample MT’s City of the Dead, a limited-release offering that is the first known commercially bottled barrel-aged-coffee beer.