Blue Bottle on Its Coffee in a Can: ‘We Found Magic’ 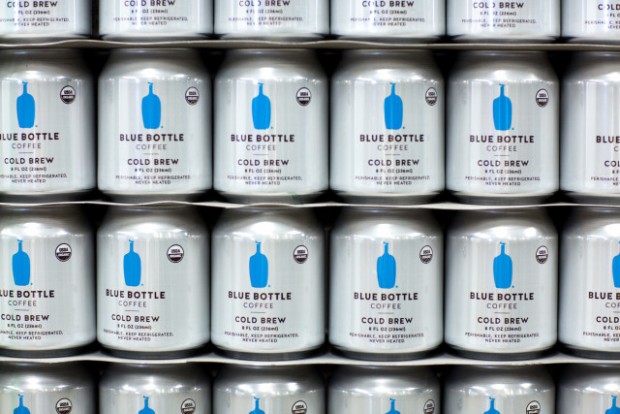 A company blog post earlier this week shared some details of the product’s development, which it characterizes as a journey some eight years in the making. The announcement comes with a bit of poetic panache:

In any industry, there are ideas about what can and can’t be done. They’re distillations of our personal experiences, secondhand narratives, common sense, and consensus. These ideas give us a foundation for how to think about things. They warn us of dead-ends, and they recommend better routes. But sometimes, we need to go down roads no one else will. And if you can do it with an iced coffee in hand, even better.

The journey of our new Cold Brew has been a long one. We were after something that, as far as we knew, didn’t yet exist, and there were many smart people along the way who knew much more than we did and told us certain things couldn’t be done. And at the time, they were right.

The brew itself is a blend of one natural Ethiopian coffee, a washed Ethiopian coffee and a washed Ugandan coffee. The company describes the blend as resulting in a fruit-forward and sparkling quality. “Some people disparage blends, but we work extremely hard behind the scenes to perfect these roast profiles,” Brewer said in the announcement. “At any given point, the coffee that goes into our Cold Brew has been through this intricate system of auditing. It’s the product of years of historical data.”

While not going into the details of the brew process — for which the company was determined to avoid pasteurization or other high-heat-processing methods — Huang and Brewer suggest that after a good amount of head-scratching they found a solution for shelf-stability without sacrificing quality.

“Food scientists told us we should either heat it, x-ray it, or add bacteria-killing chemicals,” Huang said. “Throughout the process of creating Cold Brew, our job has been to push the limits of what’s possible in coffee, asking questions and not being afraid to acknowledge what’s not working or daring to look into things that have been accepted. So we kept going.

“Ultimately, after testing and re-testing and scratching our heads and not giving up, we discovered a way to process the coffee that didn’t just make it possible to ship safely or keep in your car — it also made it taste even better than we originally intended. We were trying to solve this paradoxical problem, and we found magic.”

What’s the shelf life on this?