Sieving is Believing: The Rafino System Seeks a Particular Perfection 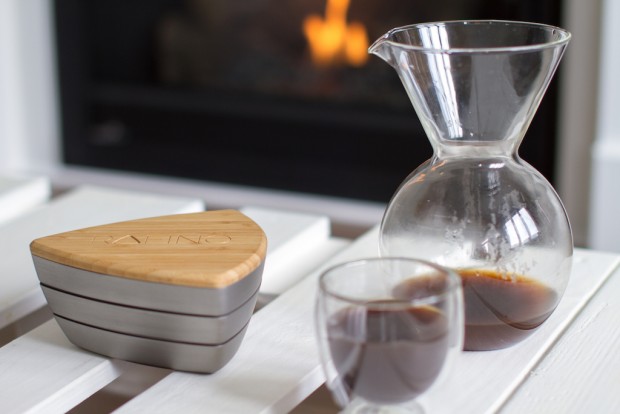 [Editor’s note: Since this story published, the company has rebranded. The company’s name is now Kruve, and this product is called the Sifter.]

Many would argue that the performance of a grinder is more important than the performance of the brewer when it comes to achieving perfection in the cup, regardless of the brewing method. Yet there’s not a grinder in existence today, on the home market or in the big leagues, that doesn’t exhibit some element of deviation from a designated particle size.

Particularly for coarser grinds, by the very nature of the random, somewhat explosive event of the fracturing of a coffee bean, not every particle is going to be identical. Fines, and to some extent boulders, too, are inevitable. It is for this reason that some of the world’s leading baristas, including Ben Kaminsky and Matt Perger, have advocated sieving coffee grinds to isolate only very most consistently-sized particles for an exacting extraction.

A new product called the Rafino is on its way to market with the goal of conveniently putting that power of precision into literally anyone’s hands. The Rafino is a simple, patent-pending handheld system of three stacked stainless steel sieves with an aluminum framework and handsome bamboo lid. Users add ground coffee to the top, shake it back and forth for a few seconds, and through its internal sieves the variously sized particles are separated with micron-level precision. Boulders that remain in the top sieve can be put back through the grinder, while the company suggests using unwanted fines either for compost, baking, or other household use. 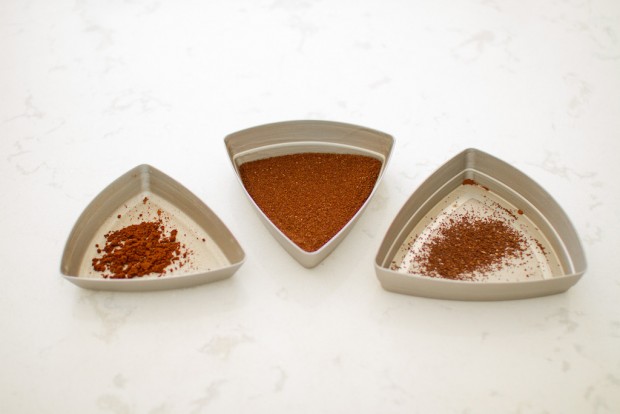 “We did test a variety of grinders,” Rafino Chief Marketing Officer Mark Vecchiarelli told Daily Coffee News. “However, all will produce a large particle distribution that contributes to an uneven extraction. As of yet, nothing can match that consistency of a tiered sieve system.”

While no one on the staff of the Toronto-based company has a background in professional coffee per se, co-founders Adam Krupa and Marek Krupa are “self-proclaimed coffee geeks.” To test the Rafino towards the end of its development stage, the company sought the counsel of Geoff Polci of Propeller Coffee Co., winner of Roast Magazine’s 2016 Micro Roaster of the Year award.

“Since launching, we have been contacted by many top industry coffee experts, including World Barista Champions that would like to use our product in competition,” added Vecchiarelli. “We can’t share those names just yet, but they will be easily recognizable to industry experts.”

While home baristas often face budgetary constraints on the caliber of espresso and grinding equipment they can afford, manual brewing methods are generally more accessible. With the precision granted by the Rafino, even a low-end home grinder could contribute to the preparation of coffee on par with a competition-level barista. While the extra step may prove a bit cumbersome for café use, it could potentially prove beneficial in a roaster’s cupping or QC lab. 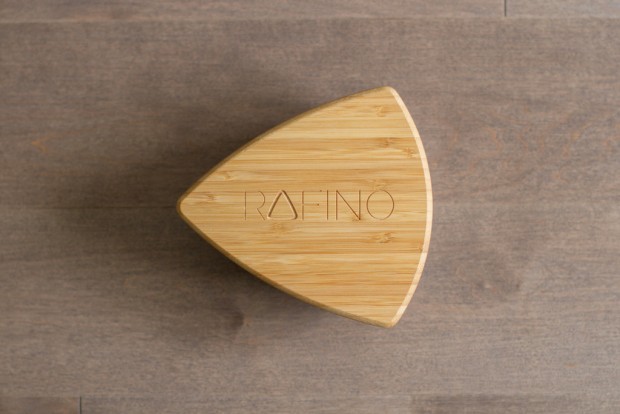 Available sieve sizes rise in 100-micron increments from 300 microns up to 1000 microns. Additional sizes could come in time, depending on feedback and demands made by the public as the product rolls out. Other products may also follow, though there’s no news yet on what specifically these may be. “We have started putting our minds to some exciting new coffee products,” Vecchiarelli said. “Alas, we can’t share what those will be at this stage, but the more we use coffee products and experiment, the more improvements and ideas we have. You can expect some more great innovations from the Rafino team soon.”

Currently the company is coming to the end of a successful crowdfunding campaign — which, as of this writing, had more than doubled the $41,000 goal — the spoils of which will fund mass-production tooling and then the initial rounds of production. The company anticipates shipping the Rafino by August 2016.

I’m an amateur coffe enthusiast who brews coffee at home and I’m wondering if this product changes the results in a dramatic way… I hope you can keep up with the product development and make a full detailed review once it’s available for sale (or maybe before if those «secret» baristas who are implied with the project are some from your staff).