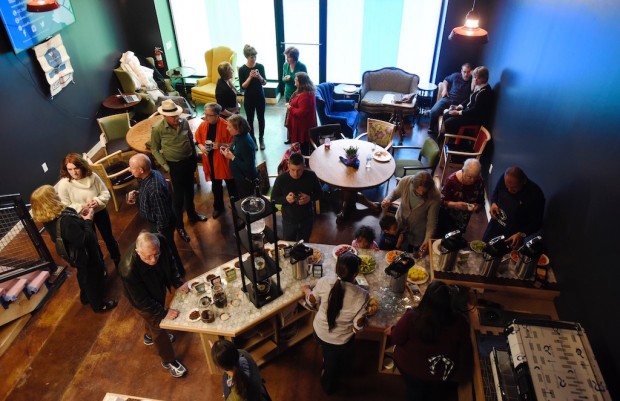 All images courtesy of Barranquero Café.

Barranquero Café, a new coffee shop currently soft-opening at 324 E. Calder Way in the city of State College, Penn., is offering coffee-drinkers not only a uniquely Colombian experience, but one that’s fairly unique to Colombians as well. At the heart of it is an exclusive agreement with the Colombian grower-roaster-retailer Café Jesús Martín, a quality-forward seed-to-cup company whose primary goal has been, to this point, to raise local Colombian coffee consumption standards by reserving their high-quality product for domestic appreciation.

The Barranquero Café is now the sole seller of Café Jesús Martín in the U.S., and Café Jesús Martín will be its sole supplier. The shop takes its name from a species of bird native to the region where the coffees are grown, and offers a line of nine coffees, all Colombian, either grown or sourced and roasted by Café Jesús Martín.

Susan Jermusyk, a former ER technician, is the manager and co-owner of the shop in State College, while her uncle, Gerry Kistler, is the man that forged the connection. It was Kistler who moved from Pennsylvania to Colombia several years ago and set off to explore the country in search of the best coffee he could find. 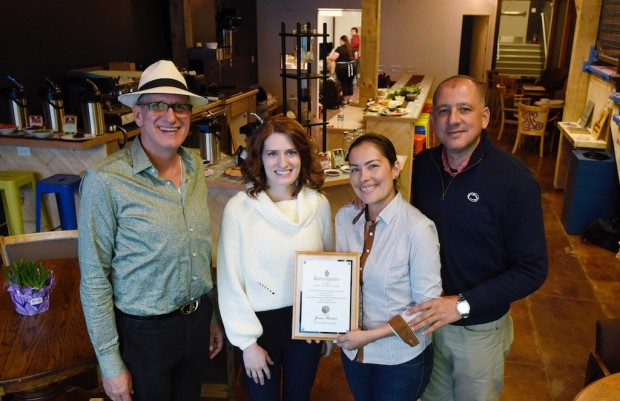 Eventually Kistler found himself in the tiny, picturesque Colombian mountain town of Salento, where the uncharacteristically up-to-date Café Jesús Martín serves its own locally grown, processed and roasted coffees as espresso, chemex, pourovers, Aeropress and other brew methods, alongside pastries and light lunch and dinner. The owner, Jesús Bedoya, comes from a long line of Colombian coffee farmers; the name of his business combines his own with his grandfather’s, and just a few blocks away from the Salento store is the Jesús Martín roastery, where a Probat L12 turns out coffees far fresher and of higher quality than what’s typically found in a Colombian retail setting.

There are multiple Jesús Martín cafes spread around the region, all serving strictly Colombian coffees from Bedoya’s and other farms with which he coordinates for a variety of different cultivars, elevations and processing methods. From the Salento flagship, Bedoya offers day-long tours of his nearby farms and processing mills as well as the Salento roastery. It’s an experience that caters mostly to tourists, but the hope is to also bring locals into the elevated craft-coffee culture found in so many other places around the world.

Kistler was taken in by the coffee and the experience and approached Bedoya about a deal, which the proud but protective Bedoya at first refused. “Part of what he’s doing is trying to teach Colombians to drink a better cup of coffee,” Jermusyk told Daily Coffee News of Bedoya’s frustration with a system that reserves the best for export and leaves coffee-growing Colombians with a second-rate product at home.

“He’s trying to keep some of the good stuff in Colombia,” said Jermusyk. “But I think it was also like, ‘Hey, here’s this gringo and I don’t know him, and he’s trying to take my coffee and sell it in the States.’ He was like, ‘Eeeh, I don’t know about you.'”

And yet, said Jermusyk, her uncle kept coming back, enjoying the coffee, chatting with Bedoya, gradually forming a bond of friendship worthy also of Bedoya’s trust in business. Jermusyk also visited several times and the two families came together, ultimately agreeing upon an arrangement that has come to fruition in Pennsylvania this month. 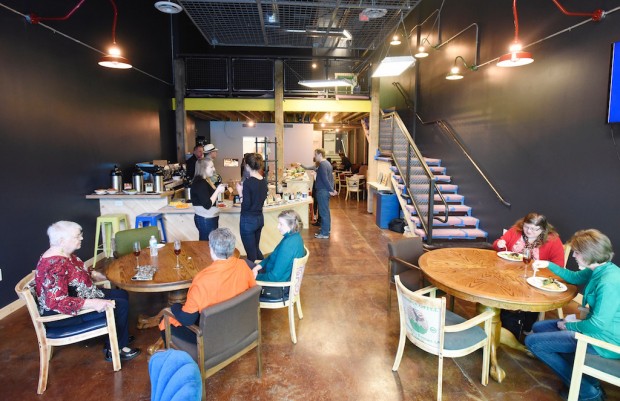 The 1,700-square-foot Barranquero Café in State College seats up to 48 people at a time, either on the main level or up in a mezzanine they built into the extra tall space, which used to be part of a movie theater. Brewed offerings come by way of Hario V60 pourovers, Chemex and soon siphon brewers as well as house-made cold-brew. A three-group Nuova Simonelli Aurelia T3 facilitates espresso, just as one does in Salento, and a short menu of snacks includes Colombian specialties such as empanadas, pan de queso and coffee brownie made from a Colombian recipe.

“Once we open officially and get into our rhythm, we plan to expand the menu a little bit with some more Colombia treats,” said Jermusyk, who could see potentially opening a second shop a year or two down the line.

In the shorter term she looks forward to holding events after hours in the shop on Calder Way. “I’d really like to get more into education,” Jermusyk said. “We’ll be doing some classes in the evening for people who want to learn to brew at home or who want to learn more about coffee.”

The official grand opening of the Barranquero Café will be on April 20th.