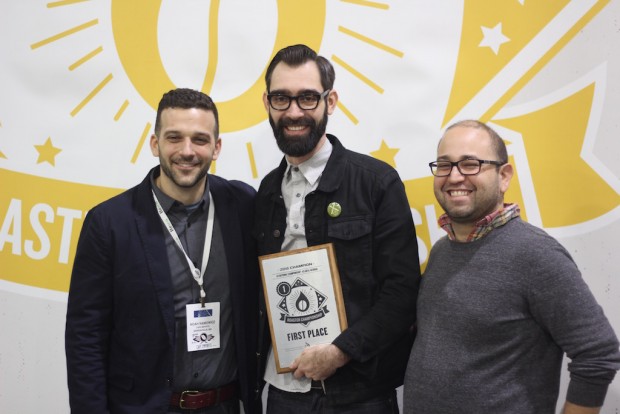 Imagine blindly evaluating 40 different roasts of the same coffee, all performed by established professionals in the coffee roasting field, and whittling the pool down to 12. Then imagine evaluating those 12 coffees and further whittling the pool down to six. Then imagine evaluating six new coffees — none of which may resemble the others in character or profile — and from them, picking a single winner.

Such was the near-impossible task undertaken by the judges of the 2016 U.S. Roaster Championship, which in years past had operated with a different format under the Roasters Choice Competition moniker. Judges this year also included the public, blind votes that were given 20 percent weight in the two final rounds of the competition.

At the end of the day — Sunday, April 17, to be precise — Tony Querio, the director of coffee at Minneapolis-based Spyhouse Coffee, was the roaster of the coffee that topped the impressive list, taking home not only some championship hardware, but also a peer-reviewed confirmation that he’s operating at coffee’s highest levels.

For this year’s competition, all 40 participating roasters were shipped 50 pounds of a Brazilian yellow bourbon coffee from sponsoring importer Ally Coffee. For his finals-winning coffee, Querio roasted a Typica variety coffee from Ecuador. Typica and Ecuador may not be two of the flashiest names in specialty coffee at the moment, therefore it seems the winning coffee is a testament to how creativity and experimentation in processing and on the farm level have the ability to create dynamic, delicious, award-worthy coffees, and how a diligent roaster’s research and willingness to engage with novel methods also paid off.

The Roaster Championship coffee came from Hacienda La Papaya in Southern Ecuador, near Saraguro. The farm itself is run by Juan Peña, a former long-stem rose producer who turned to coffee five years ago after his fields were destroyed by weather events, according to green coffee importer Cafe Imports, through whom Querio was able to meet Peña on the farm and access the coffee. 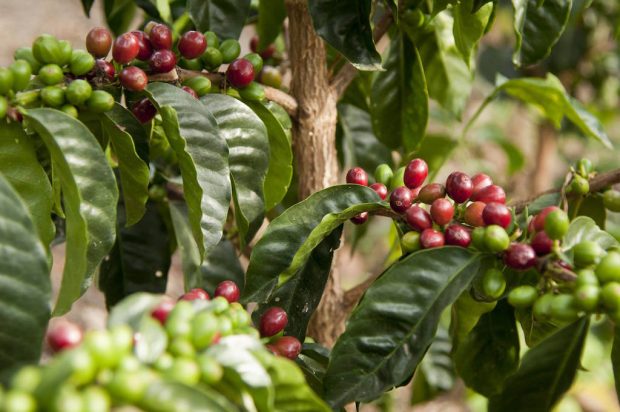 “Juan Peña’s had three harvests ever — it’s a five-year-old farm — and I’ve bought from all three,” said Querio, describing the processing method as a “strange” hybrid of fully washed and black honey process that resulted through roasting in a coffee with strong notes of raspberry and intense floral aromatics. “It’s raspberry driven, some mango, highly floral, syrupy but still tea-like. It has a really interesting body.”

In evaluation forms provided by event support sponsor Cropster, judges praised the coffee for its round sweetness and balance, noting touches of black tea, honey and citruses. In scoring, the coffee just barely beat out — by 0.59 of a point — a coffee roasted by Kyle Belinger of Connecticut-based Neat Coffee.

For more on the winning Ecuadoran typica and the experimental farming processes led by Juan Peña at La Papaya, check out this profile from Cafe Imports.

Tragically, a day before the U.S. Roaster Championship concluded, Ecuador experienced one of its worst natural disasters in the country’s history, a 7.8-magnitude earthquake that has resulted in the deaths of nearly 500 people, as of this writing. The epicenter of the earthquake was in the northwest coastal region of the country. On its Facebook page, the team at Hacienda La Papaya wrote:

The staff at Hacienda La Papaya Cia. Ltda sends condolences to all the ones who have lost family members in this tragic earthquake.

We are firmly confident in Ecuador, in its potential and in our people! We shall overcome!