US Buyers Showing Burgeoning Interest in Coffee from Myanmar 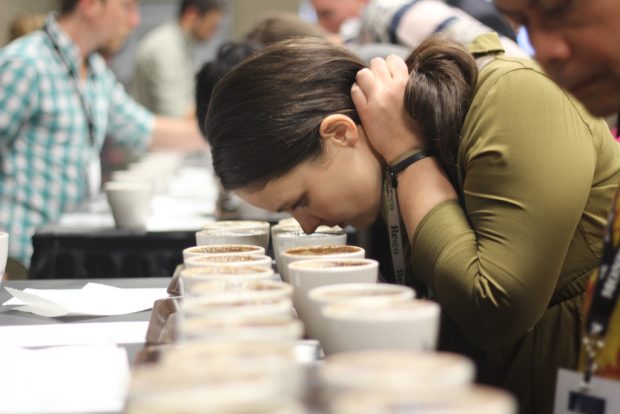 With green coffee buyers from consumer markets as competitive as the United States in constant search of new and exciting specialty coffees to present to their quality-concerned customers, Myanmar presents an enticing proposition.

The Southeast Asian country, which has only recently reestablished diplomacy with the West after decades of political isolation, has been bolstered since late 2014 by financial and on-the-ground support to help improve its coffee infrastructure with an eye toward specialty-level quality.

We recently reported on Myanmar’s second annual cupping competition, which reflected dramatic improvements in coffee quality over the first, with 56 of the 60 samples scoring at specialty-grade 80 or above, according to SCAA standards, and a winning coffee scoring at 87. 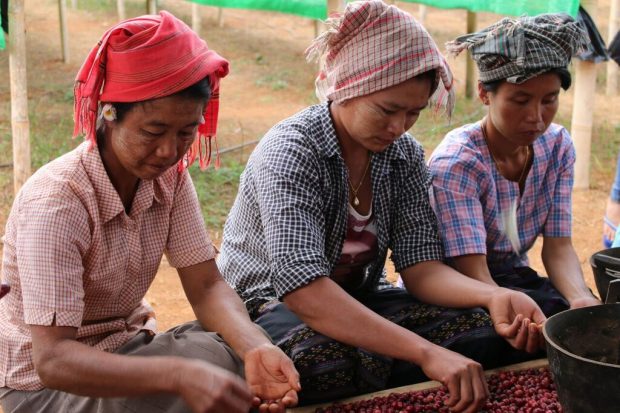 That momentum carried into the SCAA Event in Atlanta last week, where representatives of Myanmar coffees, the Coffee Quality Institute and Winrock International hosted a packed cupping in a large room full of potential buyers and others simply curious about the emerging specialty origin.

Winrock is running the project with funding from USAID’s Value Chains for Rural Development initiative, while CQI has been contracted for on-the-ground support to help improve quality among smallholders and the few larger estates that have access to processing and milling facilities.

“We arrived in October 2014, and that first harvest was in December,” Winrock’s Stephen Walls said of the group’s participation. “Going from those random baselines to this in just a year shows what amazing work the [producers] are doing. They’ve been amazing — picking it up very quickly. And they’re not just implementing, they’re innovating.”

Hetzel told the crowd gathered for the cupping that although Myanmar — a sovereign nation formerly known as Burma — has been producing coffee since the 1930s, essentially all of it was held for domestic consumption or sent over the border to China. 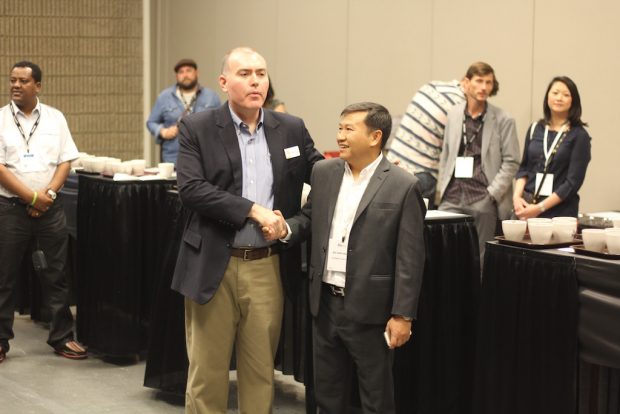 “It’s a country that is advancing very quickly,” Hetzel said. “The purpose of this project is to increase value in the country’s coffee production industry that provides economic opportunities, particularly for smallholder farmers.”

Funding for the Myanmar project is set to run five years, during which time local Winrock and CQI will work with local coffee partners to improve quality, initially by establishing new drying racks, implementing more controlled drying processes and improving smallholder access to processing and milling facilities. Locally, the partnership involves the Myanmar Coffee Association and Mandalay Coffee Group, a consortium of estates who have signed on to help further the country’s coffee development. 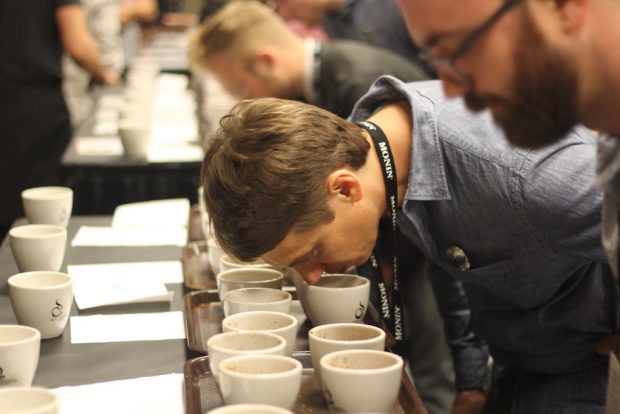 “We are sharing the knowledge and sharing the information with all of our people,” Myanmar Coffee Association Chairman Ye Mint told Daily Coffee News. “We start with following the good practices for the processing technology.”

See the May/June issue of Roast Magazine for more on Myanmar coffee.