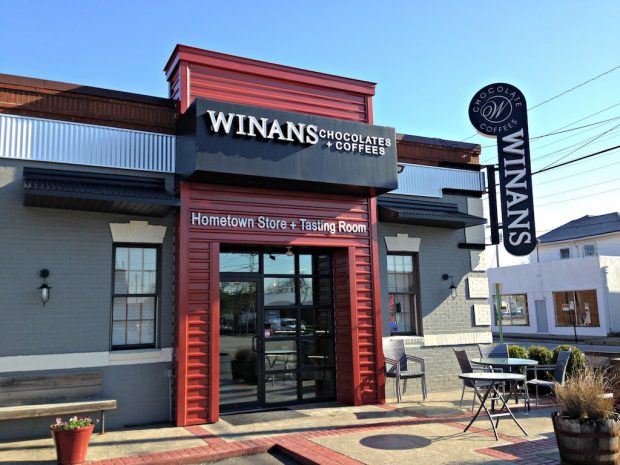 Ohio-based Winans Chocolates and Coffees has opened a new facility in its hometown of Piqua, in which transparency is the name of the game in a variety of ways.

For one thing, new products are rolling out, in both coffee and chocolate, that highlight the growing regions from which they originate. Additionally, the new 16,000-square-foot location houses not only their latest retail operation, but also the company’s entire chocolate and candy production as well as their coffee roastery, with a viewing window through which café patrons can see it all.

Currently Winans Chocolates and Coffees includes 15 retail locations in Ohio and Iowa, which to this point they were supplying through a 2,800-square-foot commercial candy kitchen and a separate smaller coffee roastery in a building about a mile away. Now, having acquired the building that previously housed a local newspaper, they’ve brought the roastery and the “chocolate factory” under one roof, under which there’s also a cupping lab and educational hub. 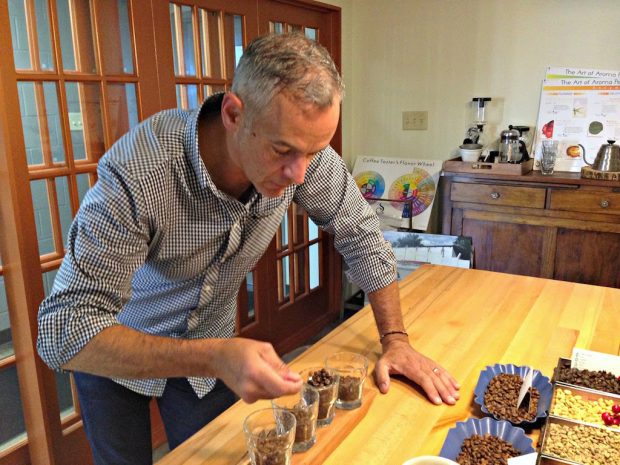 “It’s turned into this little energetic center,” owner Joe Reiser told Daily Coffee News of the establishment, which holds tours, tastings and educational coffee events in the cupping room, which other local groups and businesses sometimes book for their own meetings.

Reiser sources some of Winans green coffee directly from farmers and then works with importers such as Royal Coffee, InterAmerican and Atlas to get it into the States, along with the coffees they buy through the importers. Greens are then stored and eventually roasted on a pair of Diedrich roasters now standing together in the new facility in Piqua, the entirety of which represents the culmination of over a century of the evolution of an Ohio family business.

What started in the late 19th century with a bakery shifted gears over the years to include confections and eventually fine chocolate. It was when Joe Reiser bought the Winans family candy company from his father-in-law roughly 23 years ago that coffee was brought into the equation as well, a move that Reiser characterizes as just as self-serving as it was for good business, as he was himself a three triple-cappuccino-per-day coffee drinker and simply wasn’t satisfied with the options available to him in the small town. 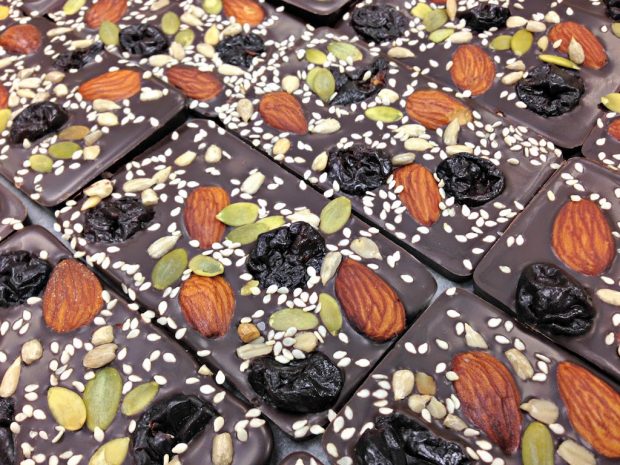 “It didn’t only suffice for my coffee needs, it fulfilled a need of the community’s for specialty coffee,” Reiser told Daily Coffee News of the coffee program that in 2003 and was brought in-house with a 7-kilo-capacity Diedrich roaster of a model that Diedrich no longer makes. With roasting came the responsibility of sourcing green coffee for Winans, which initiated travel to coffee-growing regions where high-quality cacao once grew in abundance, and is now making a comeback.

“Most coffee farmers have a little patch of cacao on their coffee farm,” explained Reiser. “It’s a very nutritious nut, they use it in baking and cooking and spices and then they sell it at the market, much like in the Midwest all these big farmers that grow corn and beans all have little vegetable patches that they grow for themselves and then sell at farmers’ markets.” 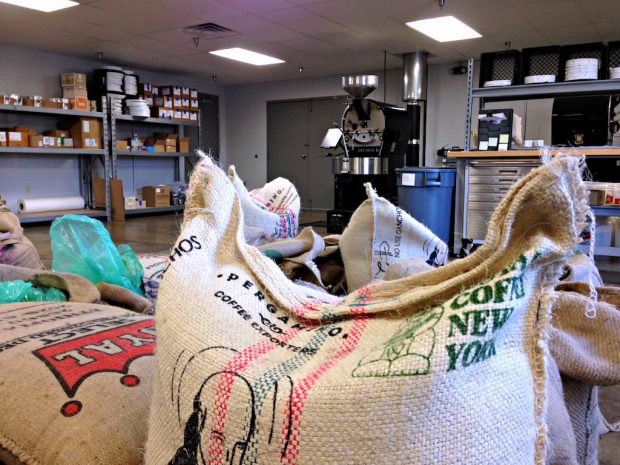 Reiser sees plenty of growth potential in the North American appetite for organic, Fair Trade, single-origin chocolate, just the same as people enjoy for their coffee.

“I was always saying to the coffee farmers, ‘Grow cacao, we need more cacao!’ 95 percent of all the cacao in the world is owned by a couple companies, and it’s all produced and grown in the Ivory Coast, and it’s in trouble, but it’s coming back into Central America,” said Reiser. “The farmers just need the support and the confidence that they’ll have a market.”

Through the relationships he’s formed with coffee growers, Reiser has also learned more about larger regional cacao-growing operations and other people working to further develop South and Central American cacao in areas where the plant once grew natively before being eradicated by Europeans centuries ago, only to be grown anew in Africa.

“Now it’s coming back, and as with climate change the coffee growers go higher up the mountain to provide that coffee that we all want, the cacao which only grew at sea level they’re finding will grow at 400, 600 meters,” Reiser said. 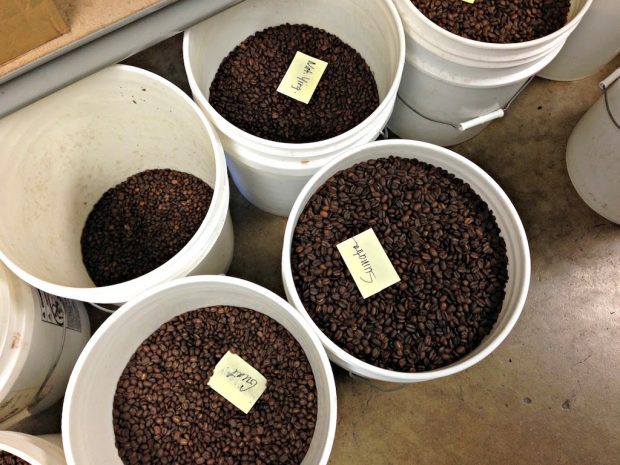 High quality cacao in Central America is now being collected and fermented with greater care, according to Reiser, although difficulties in importing raw cacao into the U.S. due to the extra scrutiny it receives because of its nature as a fermented product pose another challenge both to the cacao-growing industry and the niche bean-to-bar chocolate industry in the states. Reiser considers this to be part of the reason that high-end artisan bean-to-bar chocolate, while exquisite, is also generally preventively expensive for the average consumer, which is also why Winans doesn’t do bean-to-bar chocolate itself.

Instead, Winans partners with a Costa Rica-based chocolatier that purchased and refurbished a European-built industrial chocolate manufactory in Honduras. Reiser paves the way for premium cacao to reach the Honduras facility, then imports the chocolate from there for more affordable use as an ingredient in Winans bon bons and other treats, the creation of which is now on display at the newest Winans location at 310 Spring Street in Piqua.

Winans has been steadily introducing an origin-specific pairing program, coupling single-origin coffees with single-origin chocolates for tastings and for sale. “That’s turning into something even bigger than what we’d anticipated,” said Reiser, who will soon roll out a chocolate-covered coffee bean product along those lines, highlighting the unique flavor characteristics of coffees and chocolates made from cacao grown in El Salvador, Honduras, Nicaragua and other countries. 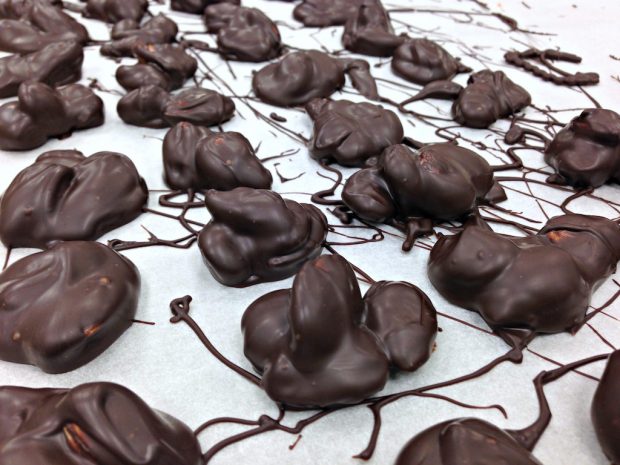 Looking ahead, Winans will be hosting a retail chocolate industry event later this month, and then will pursue SCAA certification for the coffee educational resources they’ve built to spec with that designation in mind. Coming potentially as soon as late summer or early fall, the Winans brand may also be hitting the road.

“We’ve got a couple fun projects. We’re rolling out a coffee truck soon to augment what’s in our stores,” said Reiser, who also mentioned several additional franchise stores that are in the early discussion phase right now, and an expansion in the works on a franchise store in Columbus, Ohio. “We’ve got a lot of work to do.”

I remember my mother using a little fresh brewed coffee to melt the cocoa when making hot chocolate. I have always enjoyed a little dark chocolate with my coffee.