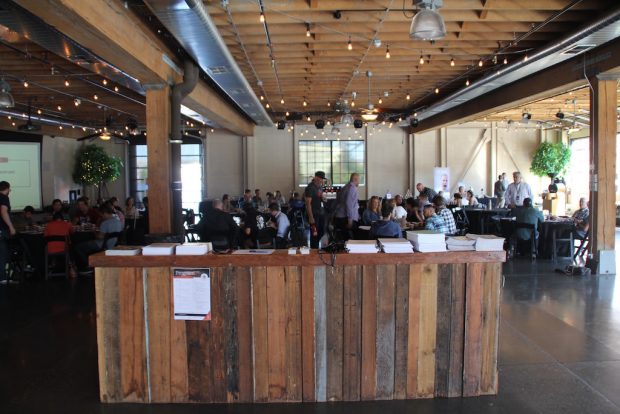 More than 700 submissions spread over nine different categories were judged by the attendant jury of industry peers. Head Judges Pete Licata and Anne Cooper returned to their posts for the formidable task of herding a wide spectrum of palates into calibration for fair and measured results, which yielded both a repeat champion and a new set of hands on the big bean. 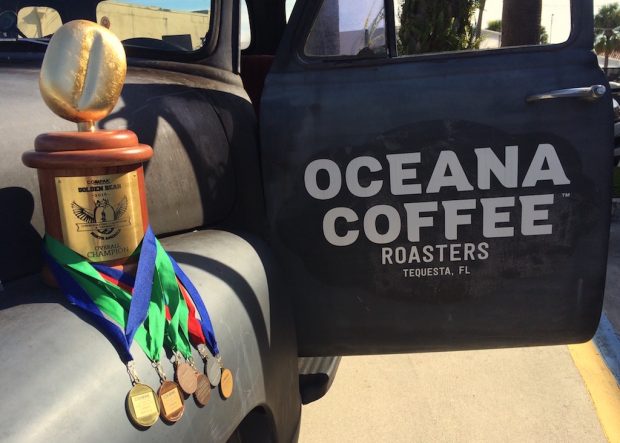 The contest and conference took place in the spacious Northwest Portland venue Castaway, where after many rounds of tastings and scoring over three days, speakers included, among others, Willem Boot of Boot Coffee on the history and technique associated with Gesha coffee, and Gold Mountain Coffee Growers founder Ben Weiner on how to establish direct trade relationships based on quality. 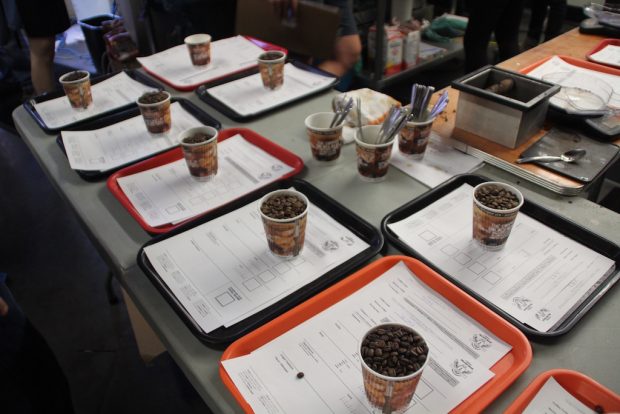 Much of the supporting staff of baristas and organizers returned to their positions as well, including in the “Engine Room” where a heroic squadron of seasoned baristas gave each of the 700+ coffees a consistent, professional preparation. New to the equation behind the scenes was a fleet of a dozen Behmor Brazen brewers, helmed by inventor Joe Behm himself to provide the brewed coffees in the Pourover Filter category. 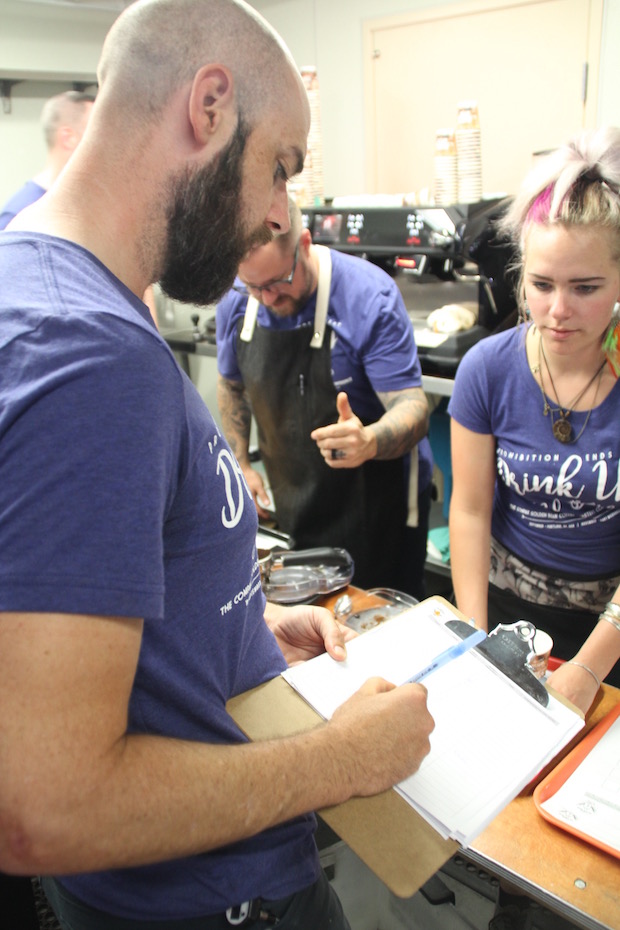 One of renowned tamper-maker Reg Barber’s handmade, gold-leaf-gilded trophies went home with the Angelos of Oceana Coffee for the title of Overall Champion Roaster, which is particularly fitting as cofounder Scott Angelo, like the contest itself, came to North America from his native land of Australia — Brisbane, to be exact.

The married team of Amy and Scott Angelo founded Oceana in Tequesta, Fla., outside Jupiter, in 2009. Last year they entered four coffees in the 2015 GBNA contest and took home one gold, one silver and two bronze medals. The gold was in the milk-based espresso category, in which they also won the gold again this year. 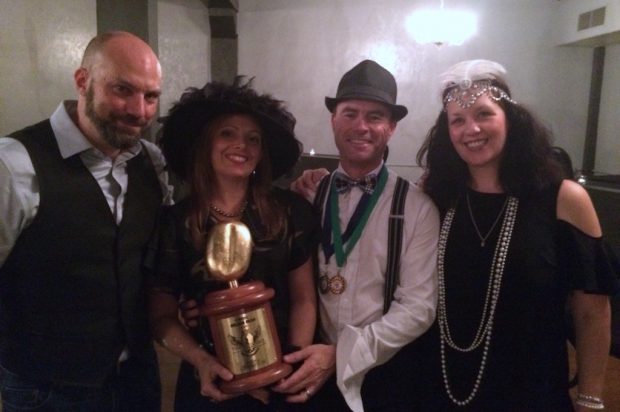 “After last year I really wanted to have a good crack at the Overall trophy, so I concentrated on bringing my espresso up a bit more and worked with it over the year,” Scott Angelo told Daily Coffee News. “Hard to describe what it means, honestly. Quite mind-blowing for myself, my wife and our team within our small company.” 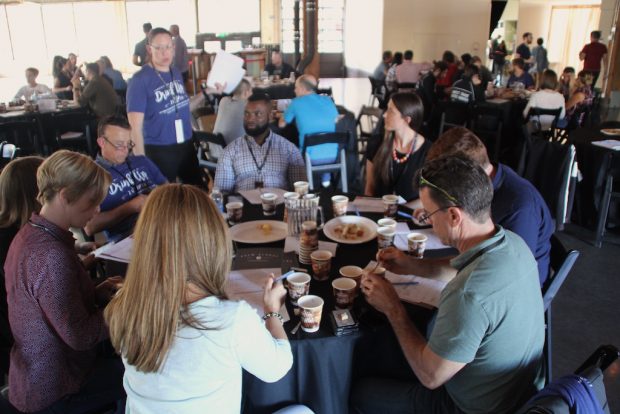 One of the many judging tables. Daily Coffee News photo.

Mike Perry of Klatch Coffee went home a two-time trophy winner, this year snagging the title of Overall Champion Franchise/Chain Roaster. Medals and trophies were distributed at a Speakeasy-themed awards dinner at the Melody Ballroom in Portland, where Water Avenue Coffee founder Bruce Milletto inducted Sustainable Harvest Founder and CEO David Griswold into the Golden Bean Hall of Fame for his accomplishments and contributions to the specialty coffee industry. That list of accomplishments grew even bigger by the following Monday morning as Bloomberg Philanthropies announced it was granting Sustainable Harvest sister nonprofit the Relationship Coffee Institute $10 million for initiatives to improve the livelihoods of women coffee farmers in sub-Saharan Africa. 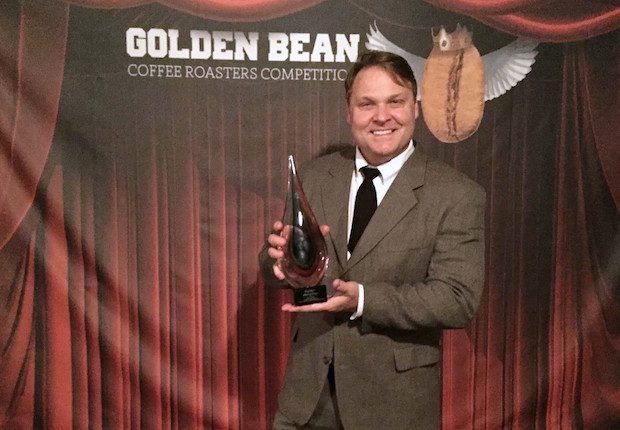