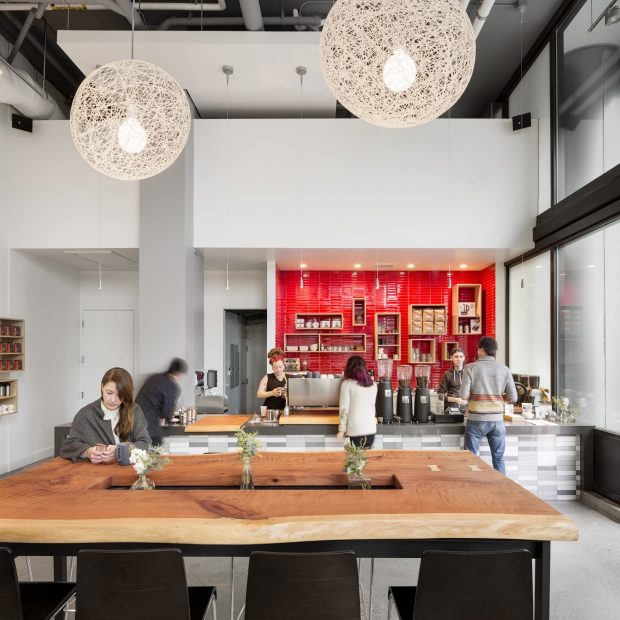 In its first year of business on Nob Hill, San Francisco’s Contraband Coffee was bestowed the accolade of Best New Café by local print publication SF Weekly. It’s high praise considering the caliber of coffee to which many San Franciscans have grown accustomed through roaster/retailers such as Four Barrel, Sightglass Coffee, Ritual Coffee Roasters, Wrecking Ball Coffee, and the original outposts of Oakland-based Blue Bottle Coffee, to name just a few.

Now, six years later, Contraband has expanded into its second café, about a mile and a half from the first.

Both shops are just shy of 1,000 square feet, though cofounder Nathan Wyss told Daily Coffee News that the high-ceilinged new location, which just opened last week in the South of Market district, feels a lot bigger. Said Wyss, “It was an empty space that we got to design from the ground up.” 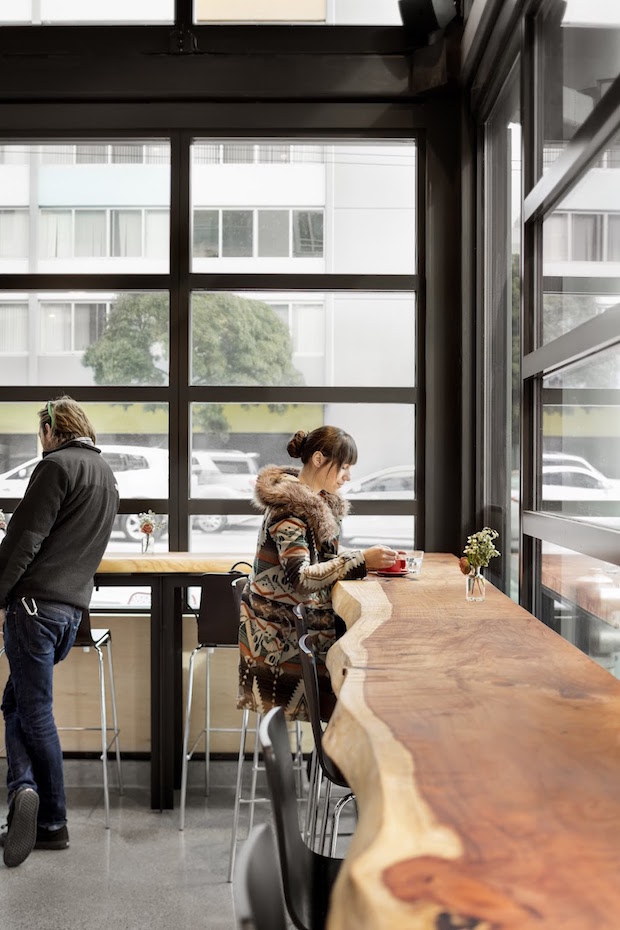 Working with lead designer Tom DiSanto of M:OME and the boutique architecture firm 450 Architects on the design, an emphasis was also placed on input from baristas, including frequent conversations on details such as surface heights, equipment and stock placement, and more. “We benefitted a lot from having that meeting, and it was really fun for them too,” said Wyss. “They got a café that they helped design and that they’re going to be happier working in.”

Those baristas are now pouring Kalita and Chemex manual brews and sliding the paddle actuator on a two-group Slayer, preparing coffees that first pass through a set of Compaq Fresh grinders with which Wyss enthusiastically equips all his bars for their low retention and absence of clumping. 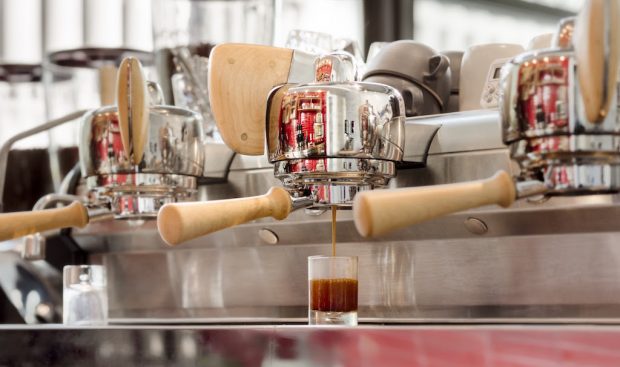 “They’re probably the most important piece of equipment in the café,” said Wyss, adding, “You could have the best espresso machine in the world and a mediocre grinder, and your espresso’s going to turn out like crap.”

Wyss’ business partner Vince Virzi, of Due Torri Coffee fame, is Contraband’s head roaster, darkening greens to various shades of brown and sourcing them either directly from farmers at origin or through such importers as Royal Coffee, Coffee Shrub and Café Imports. The sourcing strategy is as much about variety as it is about quality. “We’re looking to not replicate profiles on the menu, and to have something on the menu that appeals to everyone,” said Wyss.

Wyss has observed a trend among quality-forward cafés to limit their selection to just a few key offerings at a time. “I understand that business model. It’s a lot of times economical to buy whole lot of one really good coffee and then stick with that and really work with that for three months before you change things up,” said Wyss, explaining that Contraband intentionally takes things in the opposite direction. 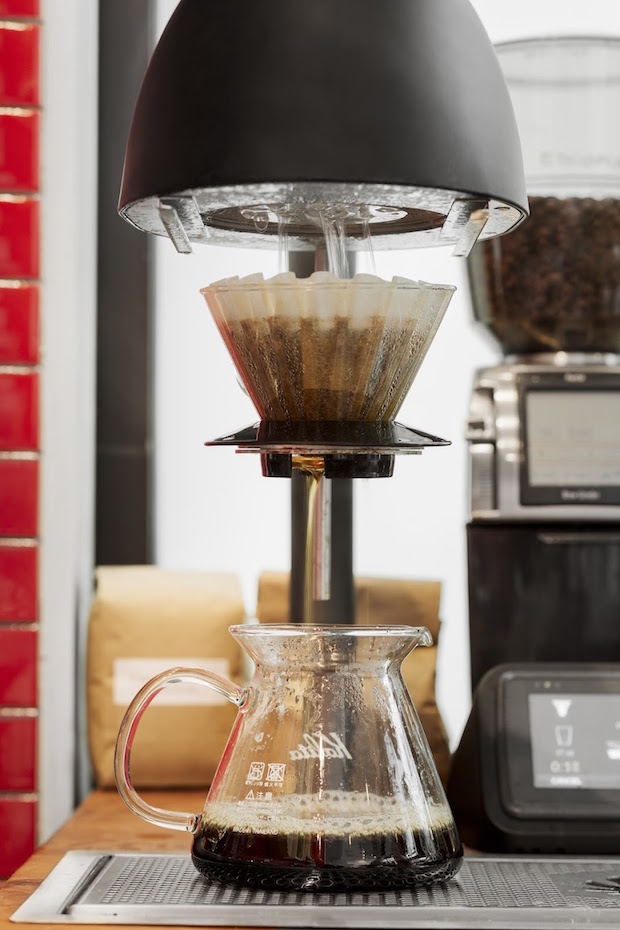 “We have a little bit of everything, and give people a lot more choice,” said Wyss, noting that while they do offer a light roast or two, most of their offerings tend to land in the medium range, which by Bay Area standards would probably be considered “on the dark side” by comparison.

Wyss stated that he anticipates a possible third shop in the Bay Area someday, though the more immediate intention is to grow their wholesale business as well as to make a more concerted effort to broaden and liven up their online presence, particularly where online whole bean sales are concerned.  “Finding economical ways of getting more coffee to more people and still maintaining quality is really the trick,” Wyss said. “I’m up for just about any way of doing that.”

The original Contraband Coffee shop is located at 1415 Larkin Street in San Francisco. The new cafe is located at 260 5th Street.