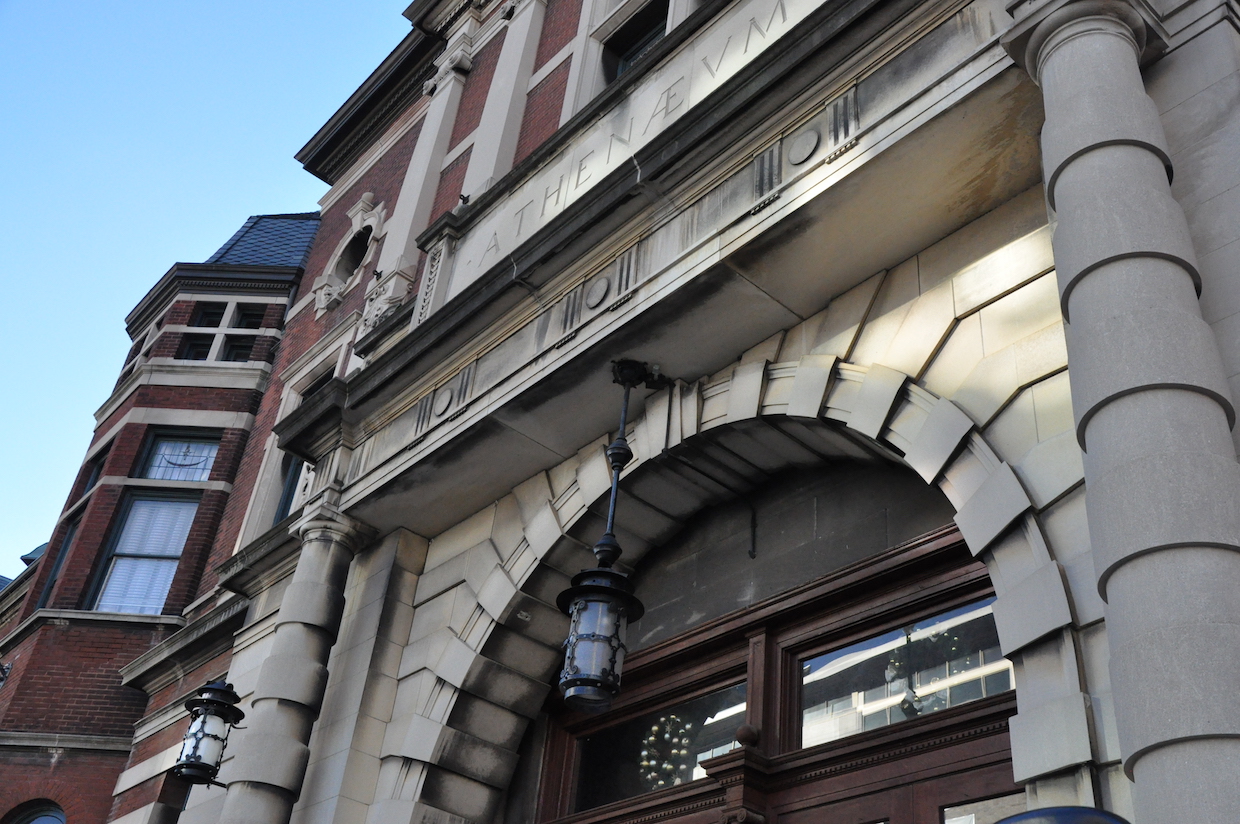 Th Athenaeum Theatre building in Indianapolis, where Coat Check Coffee has opened in the grand foyer.

In the historic Indianapolis, Ind., Athenaeum Theatre building where workers once hung coats, a creative and quality-oriented coffee company now hangs its hat, endeavoring to match the ornate workmanship and timeless splendor of its environs with some deftly crafted drinks and foods.

Coat Check Coffee opened two weeks ago in the grand foyer of the theater that’s located on the second floor above them, utilizing beans roasted by their close friends and associates at fellow Indy business, Tinker Coffee Co. for EK shots on a La Marzocco Linea PB ABR machine and Curtis G4 batch brews. The bar has two EK43 grinders, one for filter and one for espresso, the latter equipped with the Titus Grinding volumetric dosing tool. 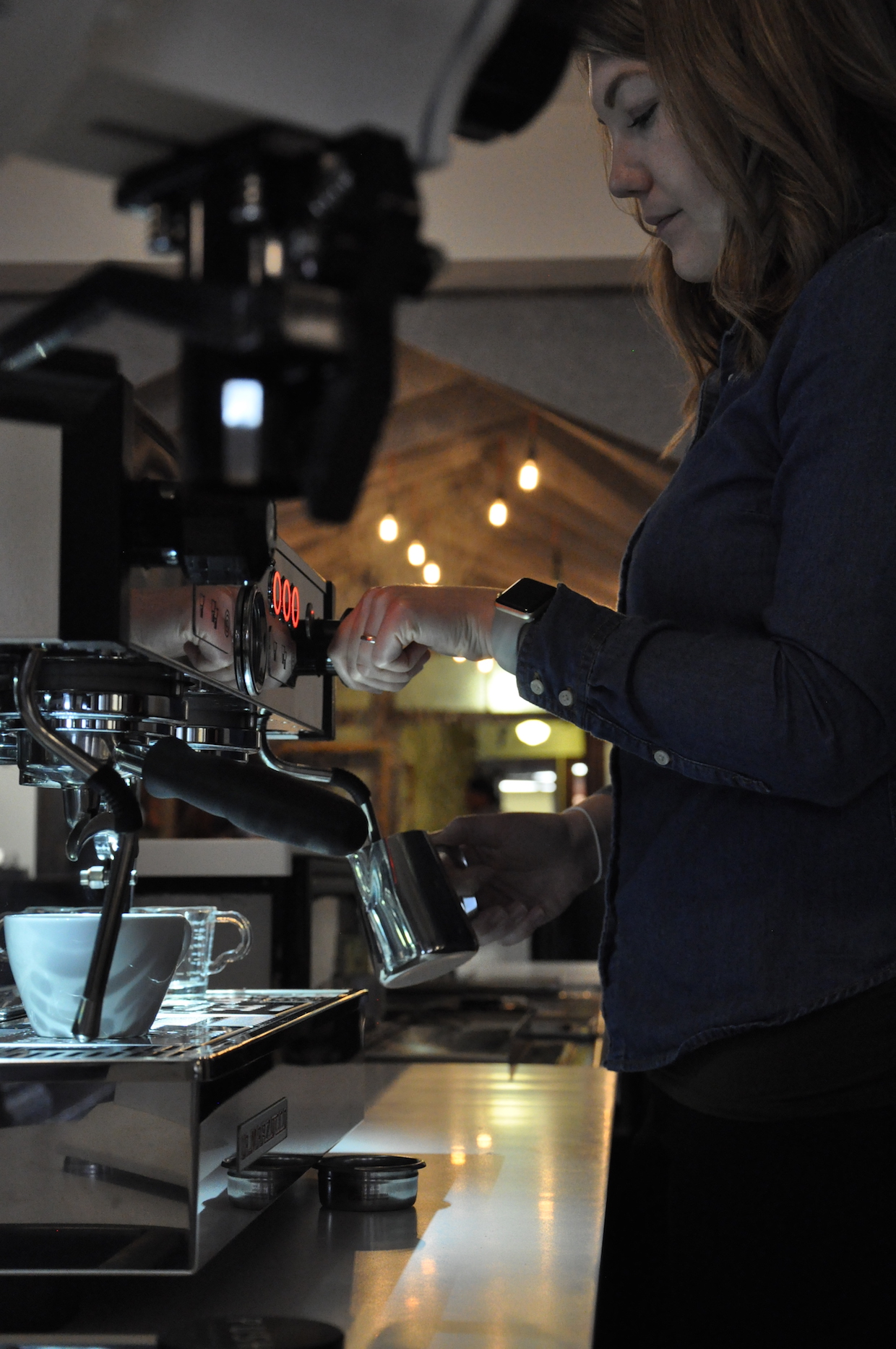 “I was doing EK shots at the last spot just for specials. Taking that into full service for everything has been interesting. But we’ve been making it work,” Coat Check Co-Owner Neal Warner told Daily Coffee News. The last spot he referred to was the Indianapolis espresso, cocktail and wine bar Open Society Public House, whose Modbar-centered coffee program he helped design and execute. Prior to that, Warner spent a few years roasting on the Diedrich IR12 of Athens, Ga.-based 1000 Faces Coffee.

Upon moving with his wife back to Indy to be closer to family, Warner said that the initial plan was to start his own roasting company, but having fallen in love with retail through his work with 1000 Faces wholesale clients, and then making fast friends with the Tinker crew just by virtue of their shared obsession with quality, the plan changed. 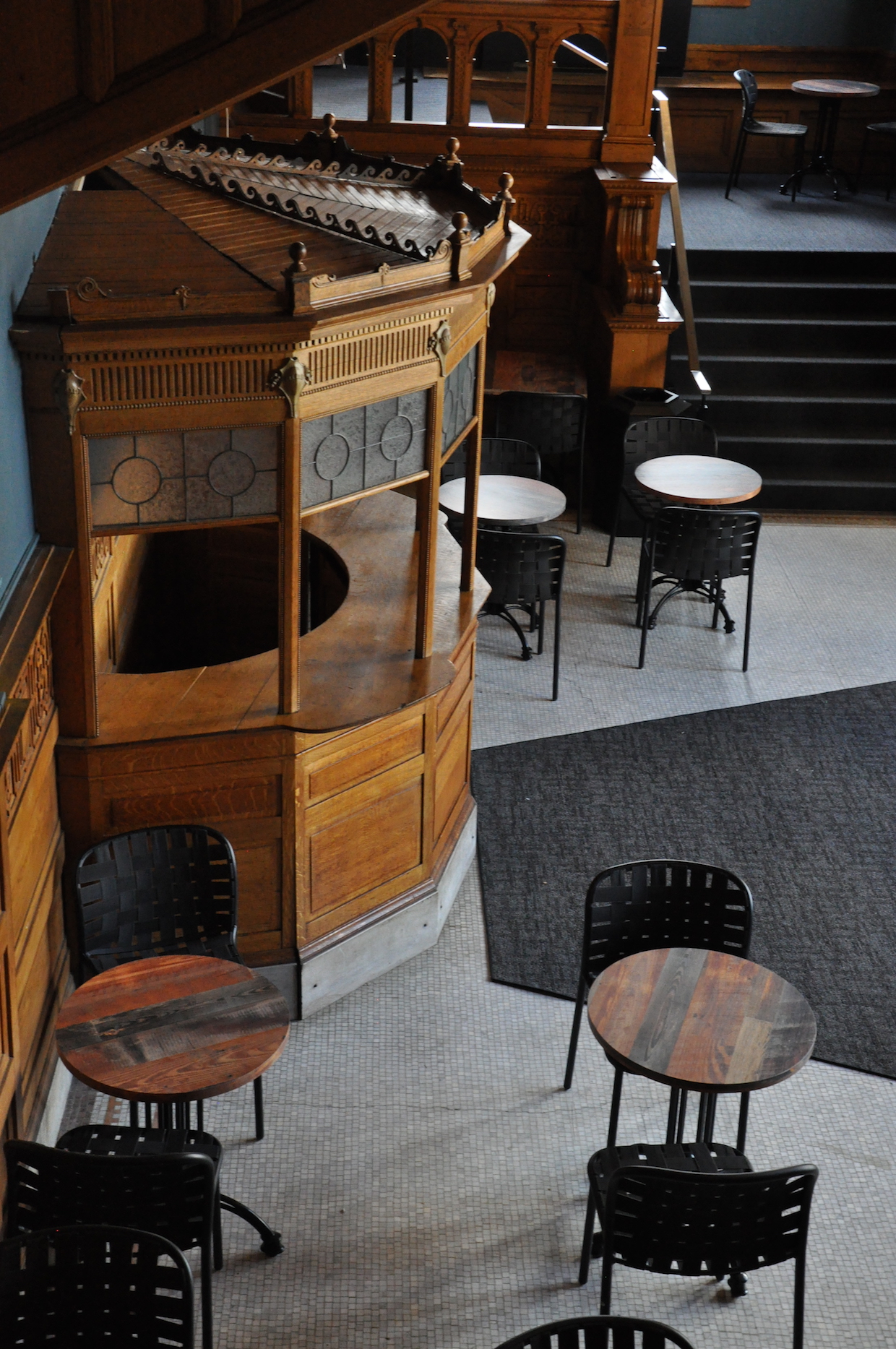 A seating area in the grand foyer. Photo by Neal Warner

“Considering that we’re committed to working with them exclusively, we can all let our hair down a little bit,” Warner said of the partnership, which may yield custom blends or curated single-origins in the future. “It feels in many ways like we are working with an in-house roastery, just because when you have the exclusive relationship, the channels of communication can be so open and good.” 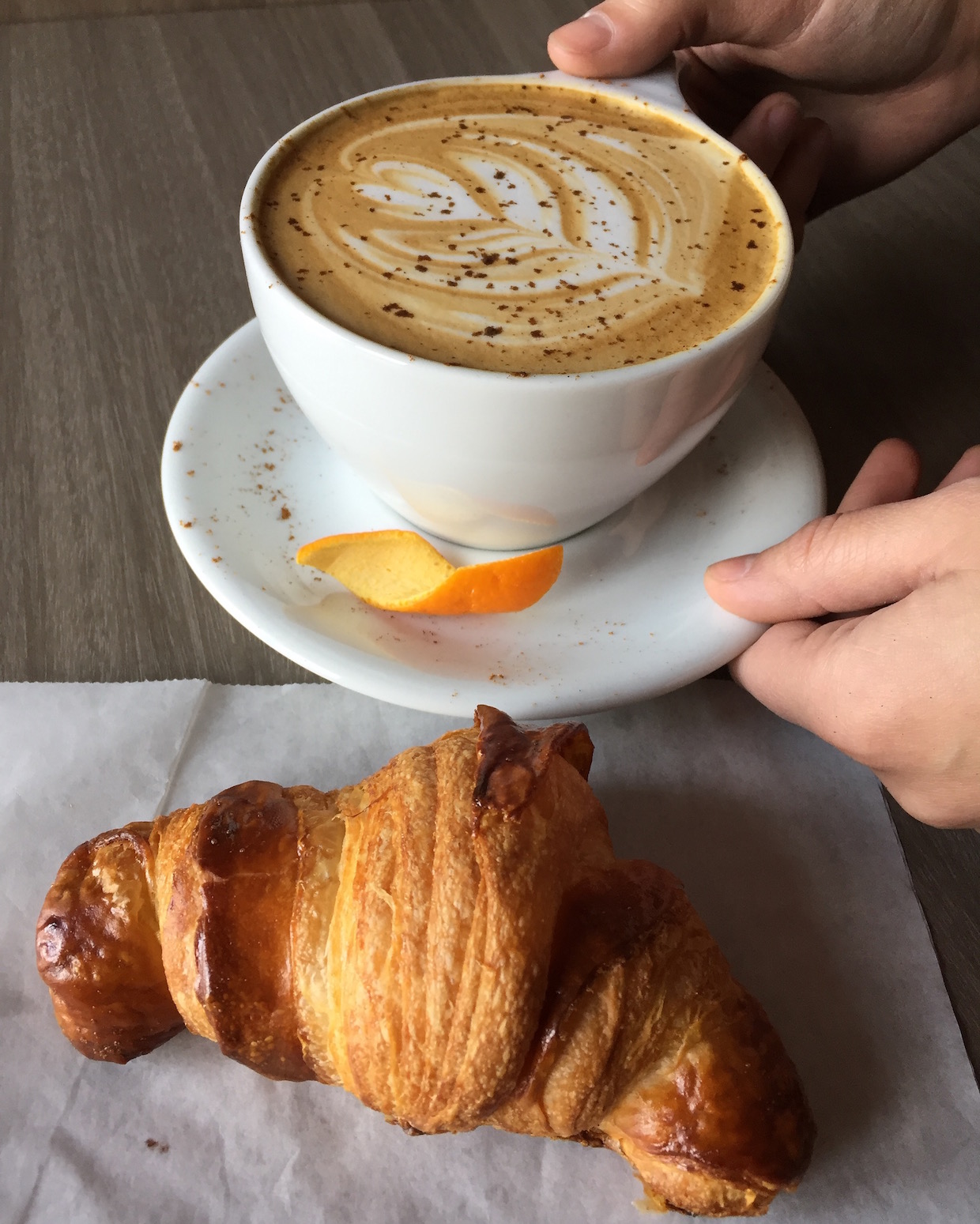 Warner’s brother, Paul Warner, has mastered the art of croissant-making among Coat Check’s house-made baked goods. Having been cross-trained at the Open Society bar, Warner’s cocktail experience has resulted in recipes such as a butterscotch latte spiced with aromatic burnt anise and speckled with fresh citrus oil expressed by flaming an orange peel, sweetened subtly with an earthy house reduction of Salvadoran piloncillo. Said Warner, “We get a lot of flavors without being really heavy-handed on the sweetness.”

Warner said he has intentions to develop the food menu with more fresh, creative foods, that match the meticulous consideration and preparation reflected in the drinks. Said Warner, “If we’re going to do good coffee, or good beverage in general, I feel like food to go with it is an important component.” 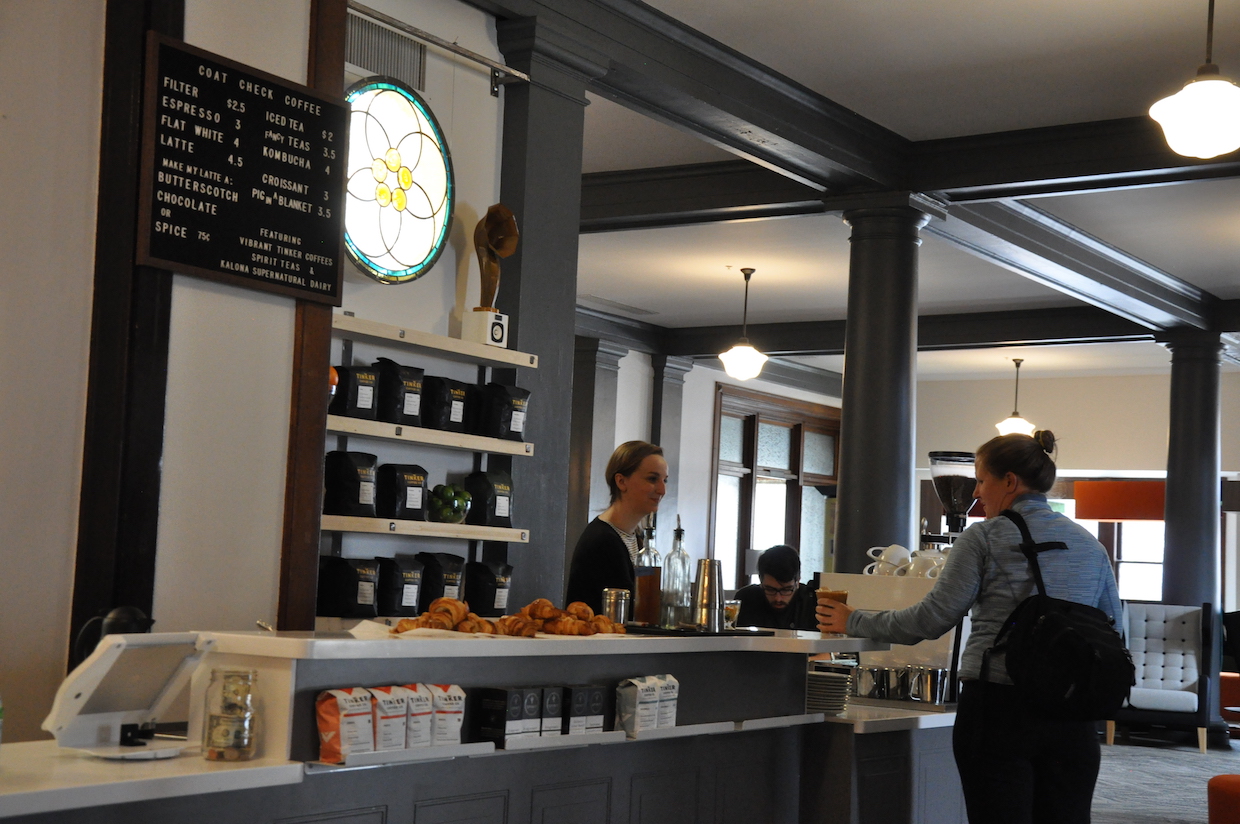 This careful attention to detail and quality is appropriate to Coat Check’s setting in the grand foyer of the historic Athenaeum Theatre. Built in Indianapolis in phases over many years, much of it was completed in the 1890s and was designed in part by German immigrant Clemens Vonnegut, great-grandfather of American novelist Kurt Vonnegut. The building was first listed on the National Register of Historic Places in 1973, and though there have been renovations over the years, including work done to accommodate the new café, much of the original character remains. 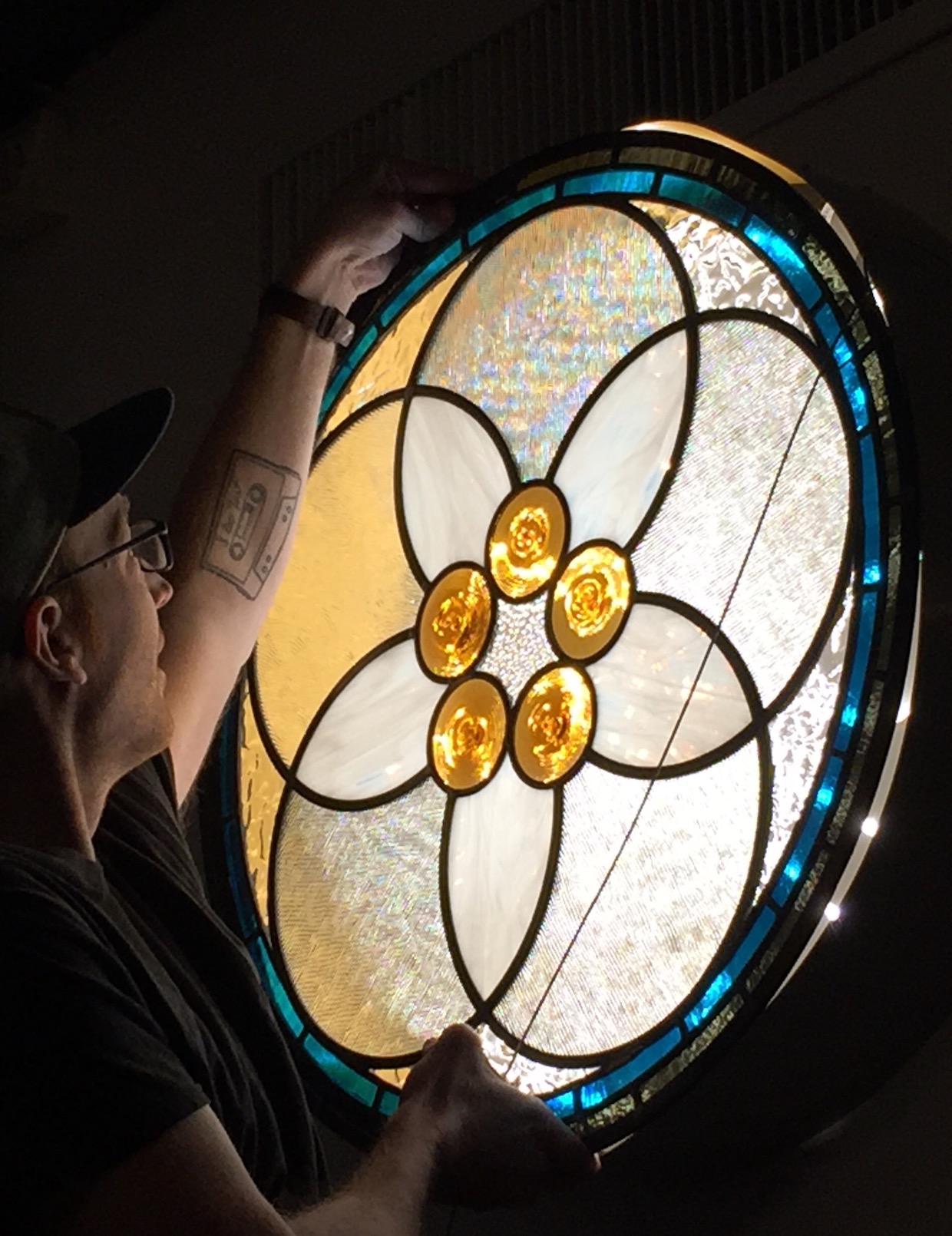 “One of my favorite parts of the building is this beautiful vestibule entryway to our space,” said Warner, whose staff also sometimes uses the theater’s retired old-time ticket booth as a slow bar for manual brews showcasing single-origin specials, a structure Warner said several patrons have described as Wes Anderson-like. “It’s got this super intricate woodwork all over the place. It took them like four years to make it. You’d never see that in a building today.” 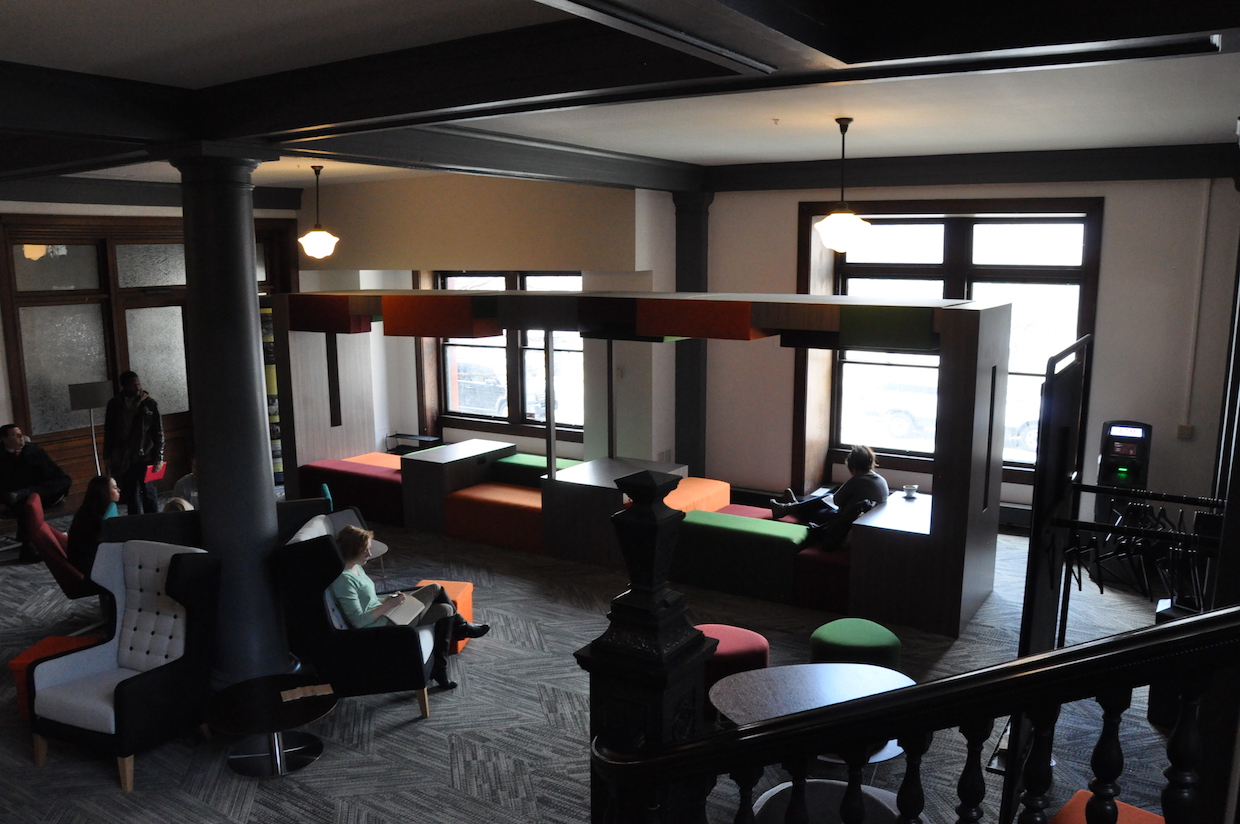 The coffee company is careful to make only tasteful additions of its own to this environment while not adding anything distracting or disruptive. At the top of the shelves behind the white, unbranded, decal-free Linea and stickerless EK43’s is a pair of vintage-looking Ian Schneller Specimen horn speakers, flanking a custom-made stained glass piece featuring the Coat Check logo, made by the same craftsman that maintains the rest of the building’s stained glass. 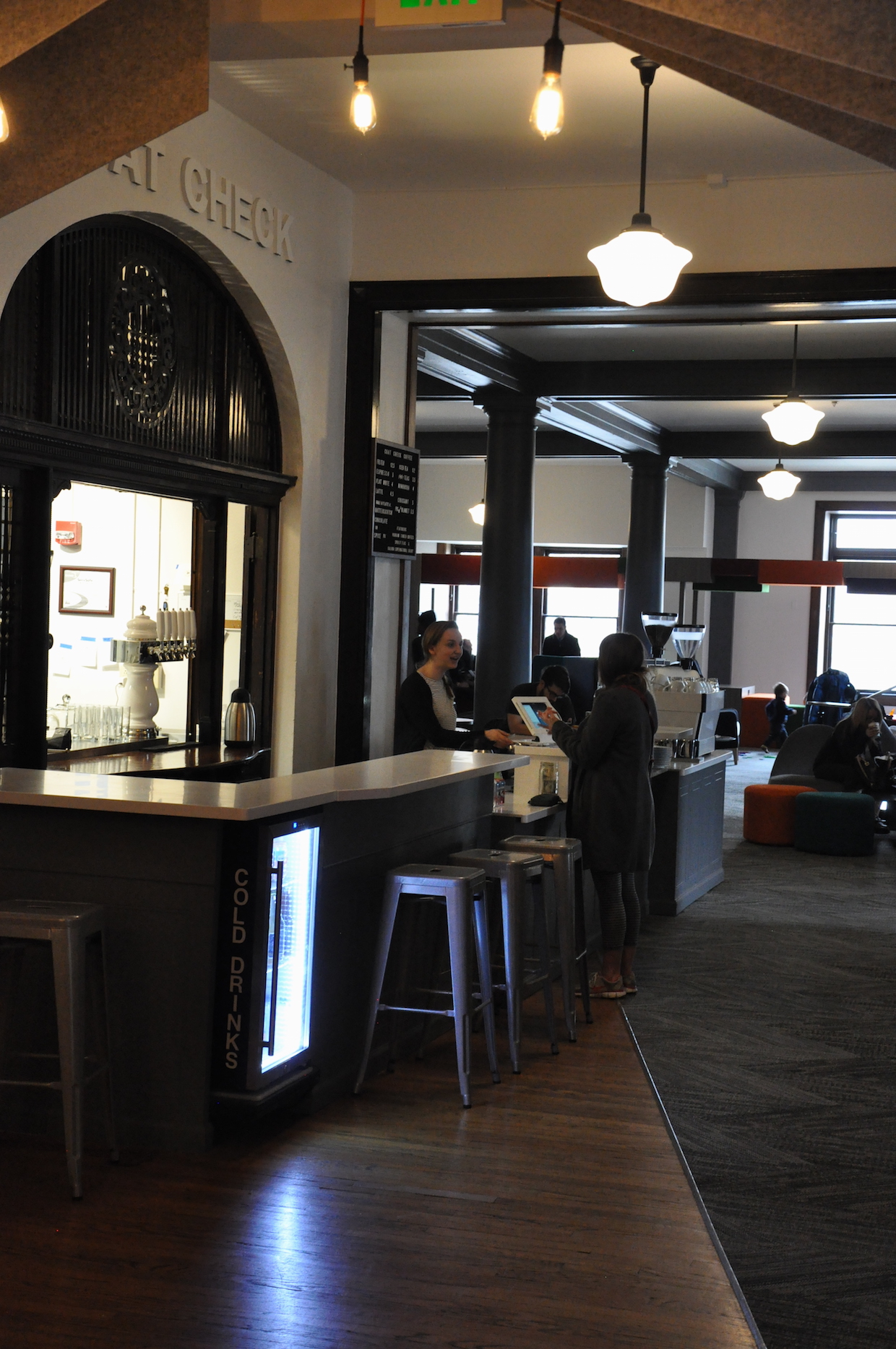 “The glass is that logo, but with the colors and textures, it’s understated, for sure, and we wanted it that way,” said Warner. “It’s a really elegant space, and we didn’t want to be heavily branded.”

Coat Check Coffee is located at the Athenaeum Theatre at 401 E. Michigan St. in downtown Indianapolis.

Now there’s a coffee shop you could spend some time in. Unlike so many of these cold, sterile, exposed duct-work, empty warehouse places of late. Take your coat off and sit a while. Very nice.
Does he really have a cassette tape tattooed on his forearm?