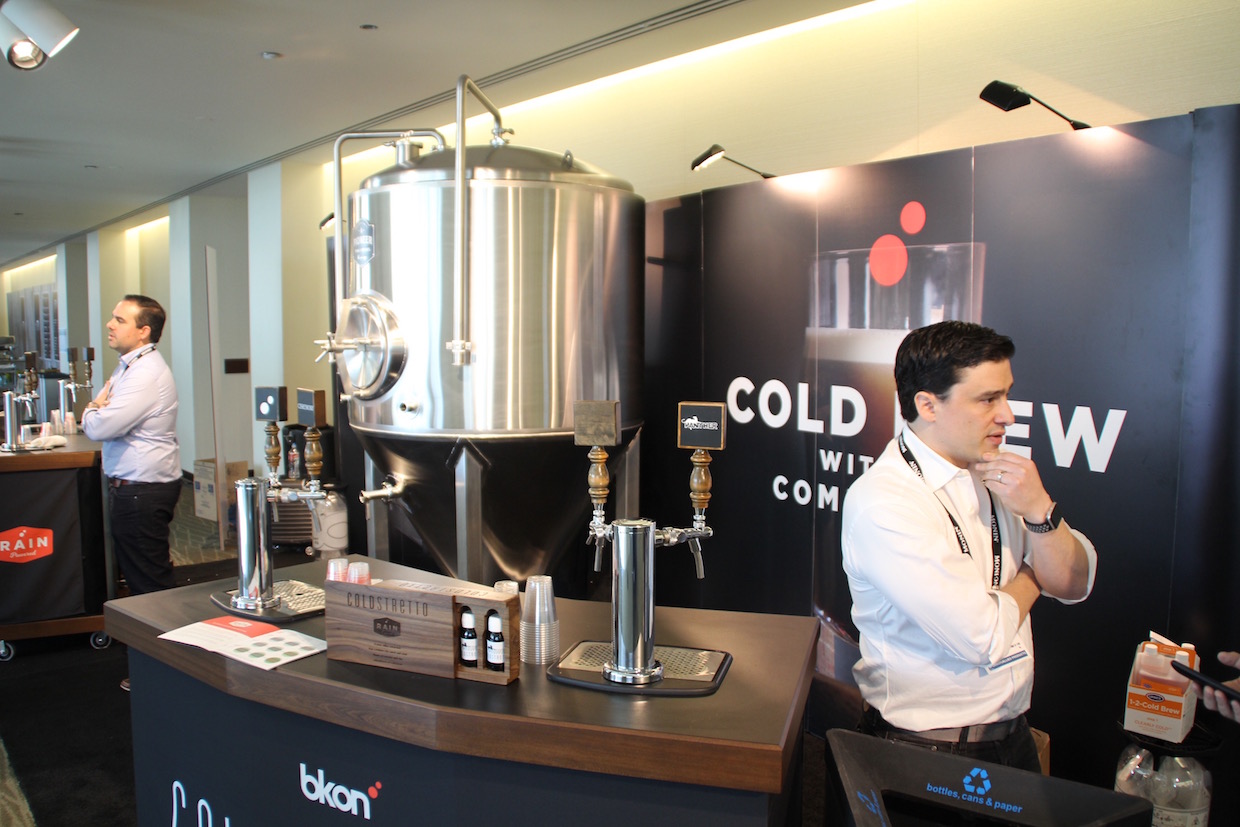 The SCA Global Specialty Coffee Expo is in full swing in Seattle today, and one of the biggest new product launches occurring — both physically and for its potential impact on the industry — is the BKON Storm.

The Storm is an industrial cold brew coffee maker that applies the same fundamental RAIN (reverse atmospheric infusion) technology as BKON’s single-cup brewer to colder temperature brews and at a much higher volume. In a 15-minute brew cycle, the Storm’s large single tank extracts up to 100 gallons of complex, terroir-indicative cold brew.

BKON Co-CEO and Co-Founder Lou Vastardis told Daily Coffee News that the company was motivated to develop such a product by what it sees as the two most driving forces in the spread of specialty coffee today: An appreciation of flavors that identify and make coffees from individual origins unique, and the pleasure and refreshment of coffee served cold. Said Vastardis, “Our feeling is that these shouldn’t be exclusive of each other.”

The company, which holds four patents and has four more pending related to their brewing technology, devoted a year of R&D to recalibrate the algorithms controlling their RAIN technology for use at lower temperatures. The machine thereby unlocks just as much nuance and depth of flavor as hot brewing but within the smoother, less perceptibly acidic format of cold brew, bringing together the two dominant trends of origin characteristics and cold-drink refreshment.

Said Vastardis, “We think this is going to be catalytic to allow specialty coffee to really experience the growth that craft beer has experienced.”

Efficient production at scale is also a part of the growth the Storm is intended to foster. In an 8-hour day of 15-minute brew cycles in the Storm’s single 100-gallon brewing tank, the machine can purportedly generate 3,300 gallons of finished, complex RTD cold brew coffee, and consumes almost one third less ground coffee than conventional methods.

BKON will be manufacturing the Storm on its own, which is a departure from the model of the single-cup brewer that came about by way of licensing the technology to equipment-maker Franke for manufacture. Having recently completed a $2.5-million round of investment fundraising, the company will open a 15,000-square-foot “Raincraft” facility in New Jersey where continued R&D will occur along with training and recipe design in collaboration with clients prior to installation of the equipment. 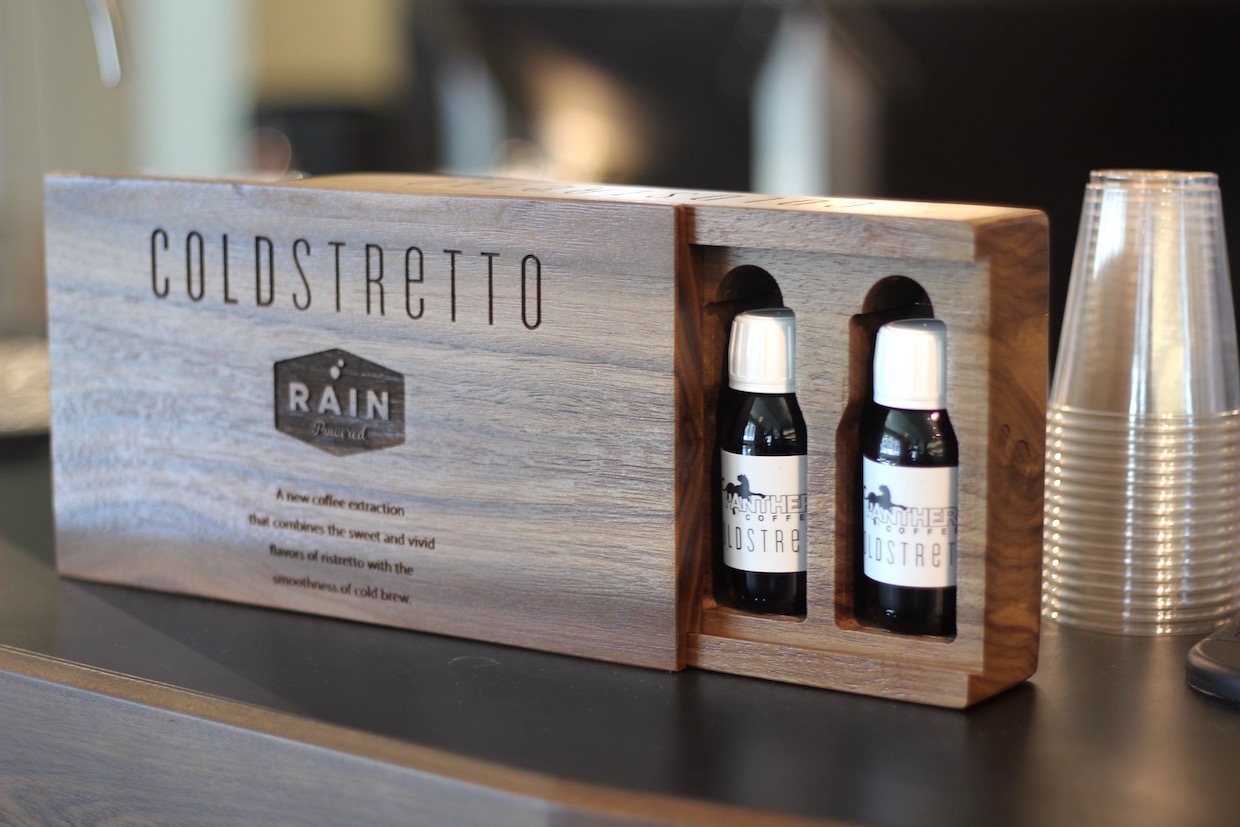 The Raincraft facility will also serve as a full-scale RTD bottled and kegged cold brew production facility, providing the service to roasters of cold-brewing their wares for their own sales and distribution without their having to purchase and install Storm machines in facilities of their own. Adjustable parameters on the machine include the brewing ratio, the pressure applied to the brew and the duration of the cycles, and the company intends to invite roasters to the facility to tinker with the recipes for their products prior to entering full-scale production.

“Based on how you adjust those algorithms, there are different flavor outcomes. The beautiful thing is, once we lock that in, we can replicate it consistently,” said Vastardis, citing the company’s “Coldstretto” as one example of the power of these adjustments. The Coldstretto is a method of making cold brew via Storm that results in a drink of espresso-like intensity by way of a standard brewing ratio (not a concentrate), cold at every stage.

Vastardis said there will be kegging and canning equipment ready for use upon launch of the New Jersey Raincraft facility, where licensing of the equipment for use by interested roasters and drink-developers is expected to begin in the fourth quarter of this year. Plans are also already underway for a larger iteration of the machine, the Storm XL, with an individual tank size of 500 gallons.

“It’s an entirely new chapter for BKON, but it’s part of our long-term vision that was established when we got started,” Vastardis said. “If you look at our first patents, we talk about cold brew. We knew that this application was part of the vision. We have a very clear roadmap as to how we’re going to move forward and commercialize this technology.”