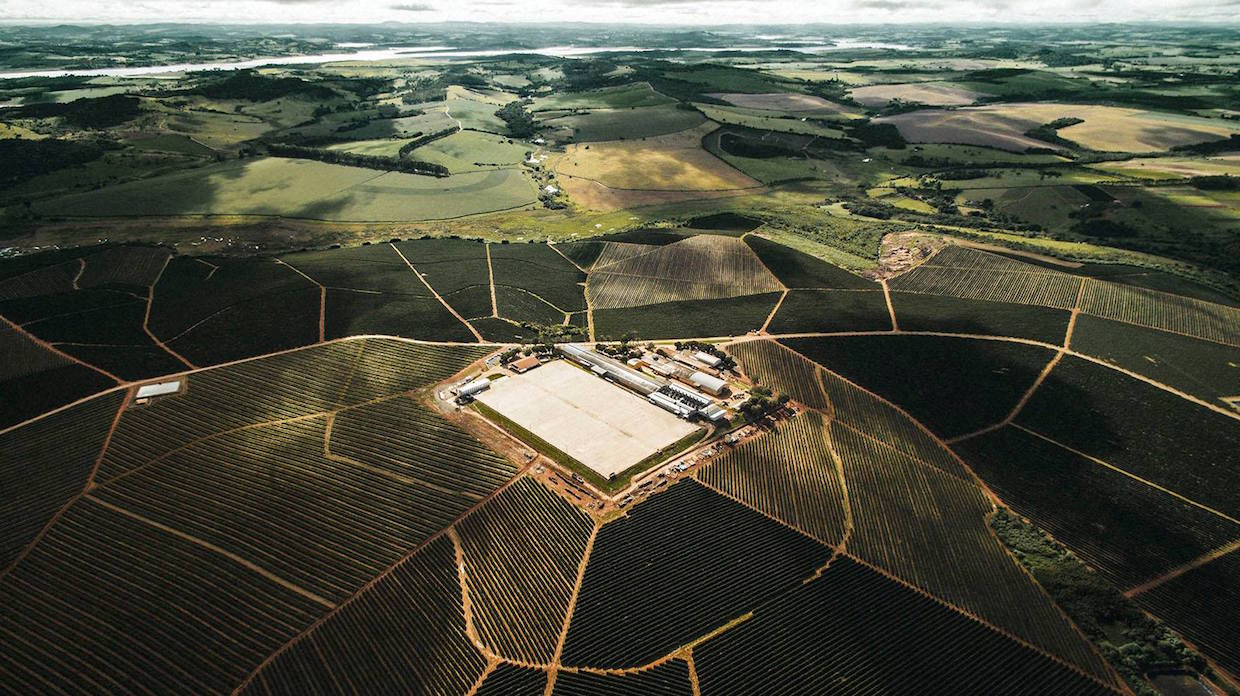 Ipanema’s Fazenda Conquista pictured from above.

One of the largest producer groups in Brazil, Ipanema Coffees reintroduced itself to the U.S. specialty coffee world at last month’s SCA Expo in Seattle, highlighting the results of three years worth of quality-focused investments in a microlot program.

The show was particularly well timed for the 37-year-old Ipanema group — which maintains three primary estates near the municipalities of Alfenas and Conceição do Rio Verde in the southern part of the Minas Gerais state — with the 2017/18 harvest season throughout Brazil just getting underway.

Since 2014, the organization has been implementing innovative quality control and development measures throughout parts of its farms in order to introduce a new microlot platform called “Ipanema Grand Cru,” with coffees from individual lots receiving different and closely monitored processes throughout the production cycle, according to a company announcement shared with Daily Coffee News. The company says it believes the quality development program to be scaleable, while helping to provide a new quality baseline for the Brazilian green specialty market.

“The goal is to be able to help producers in general achieve another level. This means that when we outline a quality matrix and define a new production concept, we are capable of offering consulting services to other producers, increasing learning and sales opportunities in a global market that appreciates specialty coffees more and more,” Ipanema Coffees CEO Washington Rodrigues said in announcement of the Grand Cru marketplace launch. “This new model based on high technology can be transmitted to other producers who wish to achieve this efficiency and quality level of management in their farms.”

The Grand Cru concept has been applied to some 200 tons of coffee in 2016 alone, and Ipanema’s own agricultural experts, engineers and QC team were aided in the effort by a consulting group of professors from three Brazilian universities. 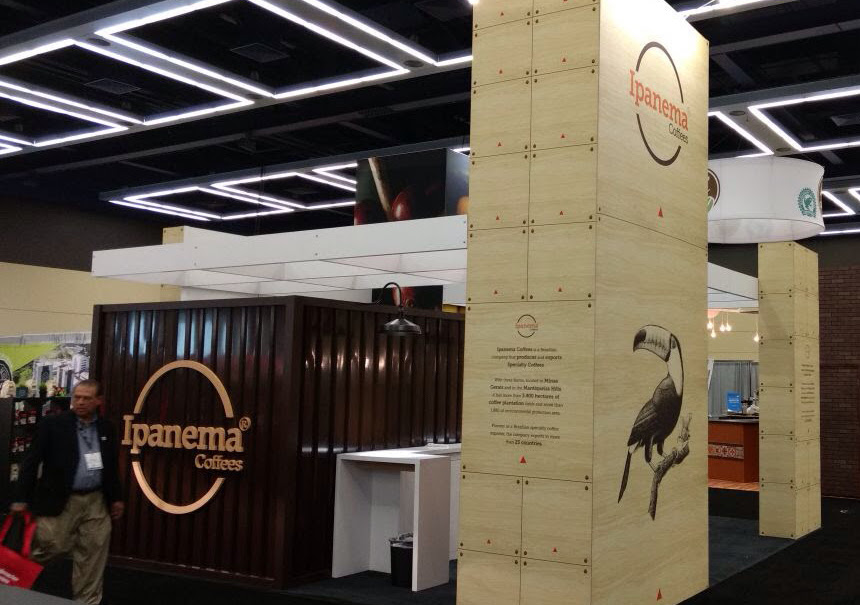 Ipanema Coffees at the SCA Expo in Seattle last month.

For the initiative, Ipanema’s investments have included the purchase of new depulpers, an imported mechanical dryer, and new and improved drying patios of various models, both covered and open-air, including the kinds of drying beds that might be found in the coffeelands of Africa.

The group has been focused finding ideal genotype/phenotype associations — that is, matching each lot-level growing environment with a coffee varietal, while experimenting with any number of variables throughout the production process. “The tests validate the best genotype/phenotype association. In the long run, repetitions make it possible to determine all the controlled variables,” the group said.

New harvesting methodologies have involved hand-picking and experimenting with various stages of ripeness. From the tree, some coffees are transported to the wet mill where the company has applied new depulpers that peel cherries only of a certain ripeness, while some are diverted to various drying patio or bed types for natural processing. Finally, the group has been experimenting with various fermentation types and methodologies.

“Specialists who visit Ipanema are surprised at the volume, details and sophistication of the tests,” Rodrigues said. “The work is in fact meticulous and aims to reach the ideal matrix that can guarantee the best beans.”

I very much enjoyed reading the story of Ipanema. ! I hope that their initiative will catch on and change the minds of other Brasilian producers and – may be- even some of the Mild producing countries, but there i am not too optimistic. But I hope, since in my view coffee has tubled in quality which eventually will not be to the advantage of the coffeetrade in general.

I have been working in coffee since 1952 for 41 years and since 1967 in my own company J Wolff & Company, Brilee, Holland, which still exists and which is doing very well.

If Ipanema should wish so, I could give them my opinion on their efforts, on wet pulping, on the position of their coffee in relation to arabicas and robustas.