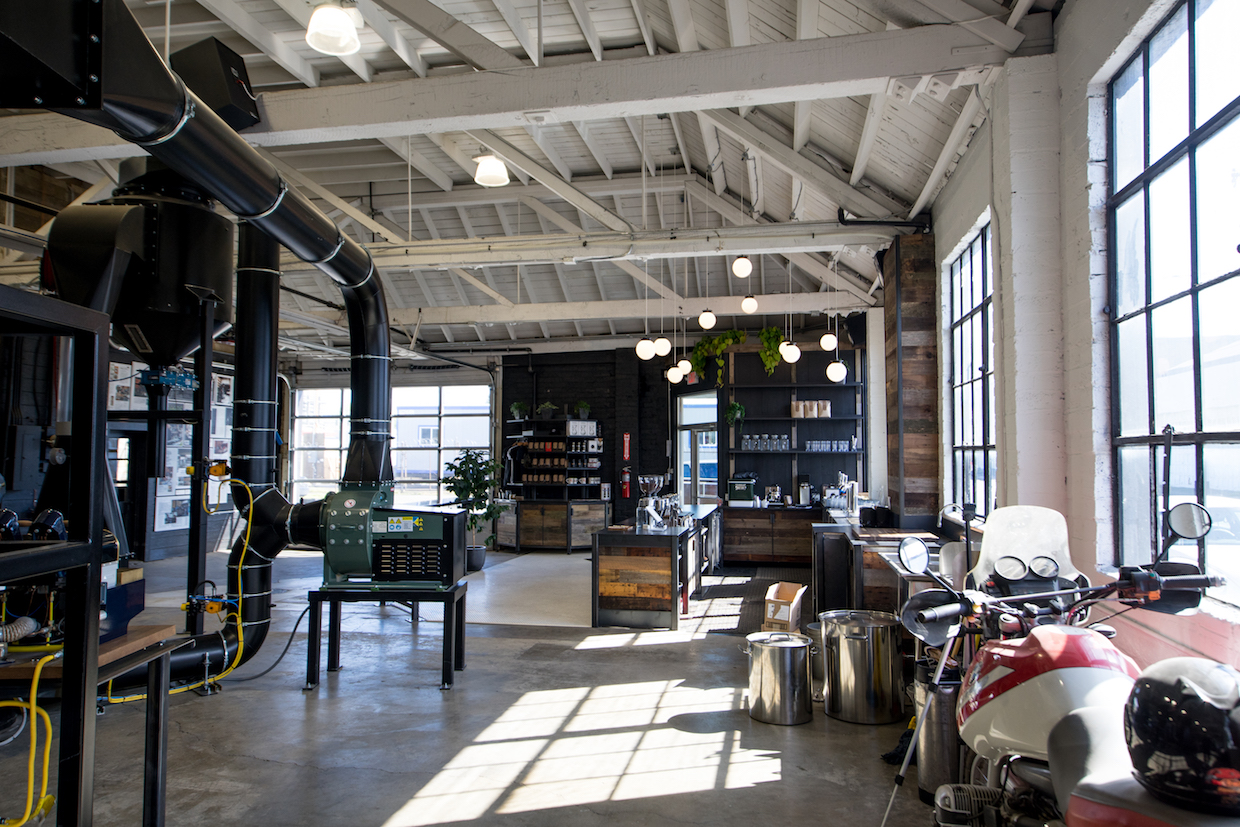 Inside the new Coava roastery and production area. All images courtesy of Coava Coffee Roasters.

Intensely quality-focused Portland, Ore., roaster Coava Coffee has relocated its production headquarters into a new 13,000-square-foot facility at SE 10th and Main Streets, while also serving coffee to the public there. It is the largest of several new Coava locations in the works, including an opening in San Diego.

Rebuilt from the ground up over the course of two years, the space includes the company’s cupping and training labs, as well as green storage and offices. Beyond just roasting and packaging gear, the new location also displays its entire impressive gamut of production and quality control equipment, including an eye-catching pneumatic destoner, a densimetric grading table, a 25,000-pound-capacity green coffee silo, and more. 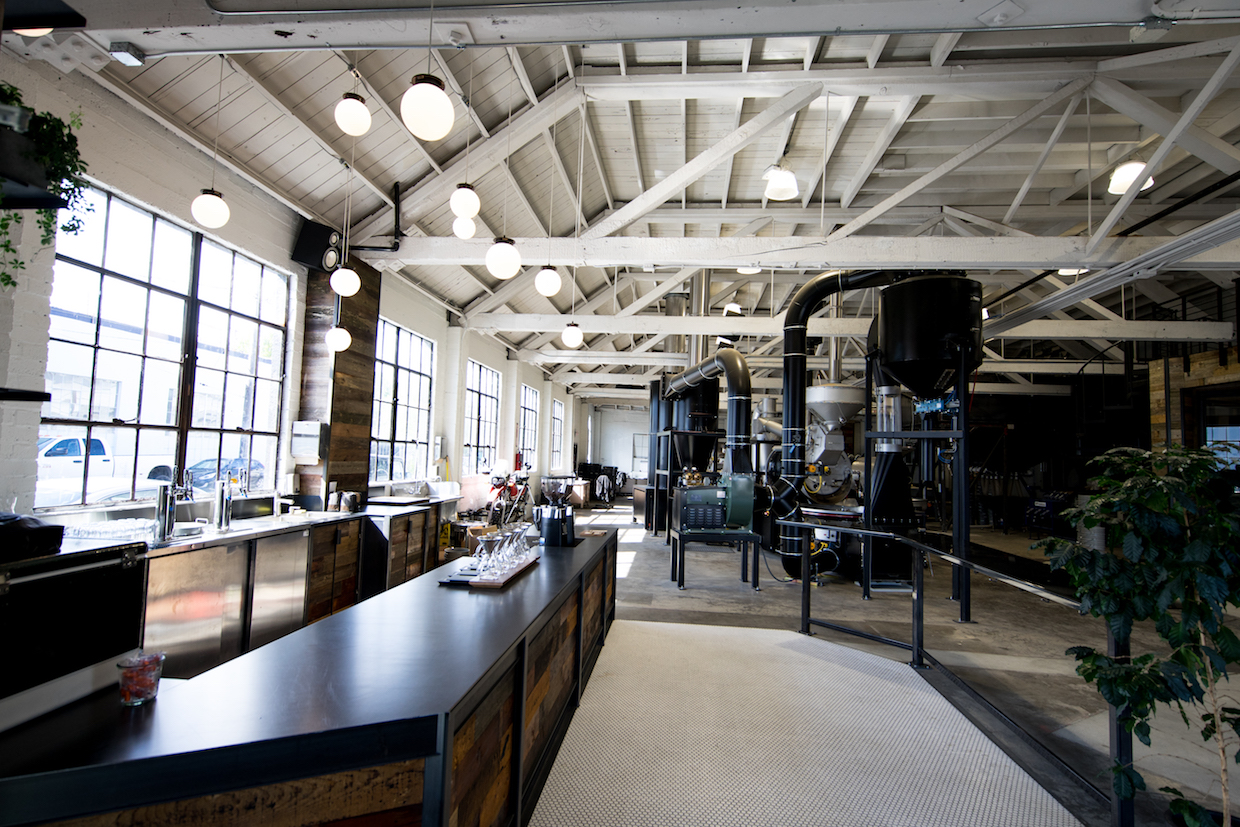 “The whole space is really loud,” Coava Director of Operations Jonathan Felix-Lund told Daily Coffee News, describing it also as a fun experience for consumers to see, hear, smell and taste what goes on at a full-scale coffee manufacturing plant. “You’re walking into a production space.”

While plenty of roastery cafes offer modest glimpses behind the curtain of specialty coffee production, Coava’s robust wholesale business and live midday production on a variety of equipment not commonly found in cafés set it apart. The spectacle of it all recalls the intentional theatricality of the Starbucks Reserve roasteries, although the first of those had only just been revealed when Coava broke ground with its vision in place for the new facility. Felix-Lund remembers his first visit to the Seattle Reserve roastery in conjunction with the SCAA Event in 2014. 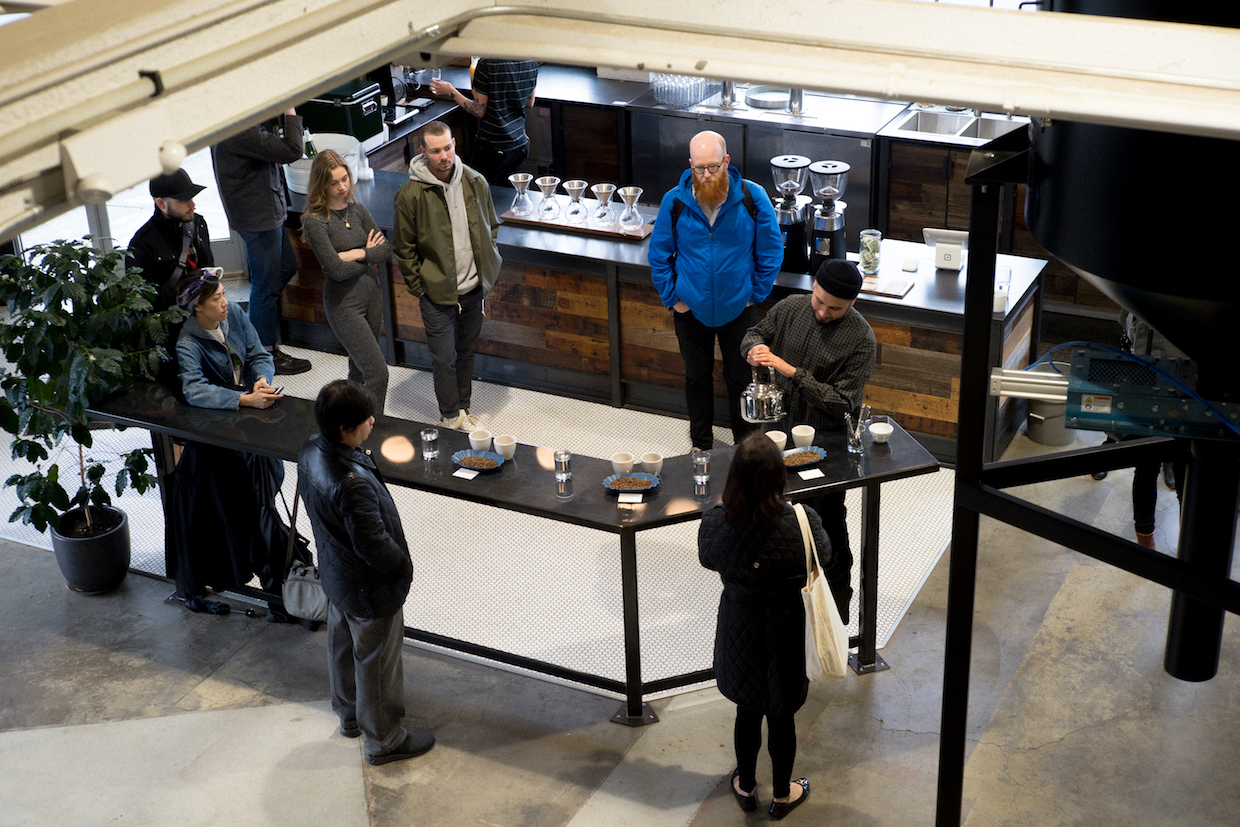 “We were like, ‘damn!’ We wanted to do something a lot like this, but you can’t ever match what they’re doing. It’s so beautiful, and they have sound dampening on all their roasters. They spent like $30 million, and we did not spend $30 million,” said Felix-Lund. “We did a lot of the building ourselves, we worked with our friends for contractors, we really squeezed it together.”

The retail coffee bar is open daily from 8 a.m. to 2 p.m., serving only manual brews, tea, and various drinks on tap. The six-tap keg system features a rotating selection of cold brews and sparkling teas, and will eventually include coffee beers resulting from brewery collaborations.

Offerings at the pourover bar include “HQ exclusive” single-origin micro-lot coffees, as well as highest-quality coffees separated from already-high-quality lots, sorted by use of the density grading table. 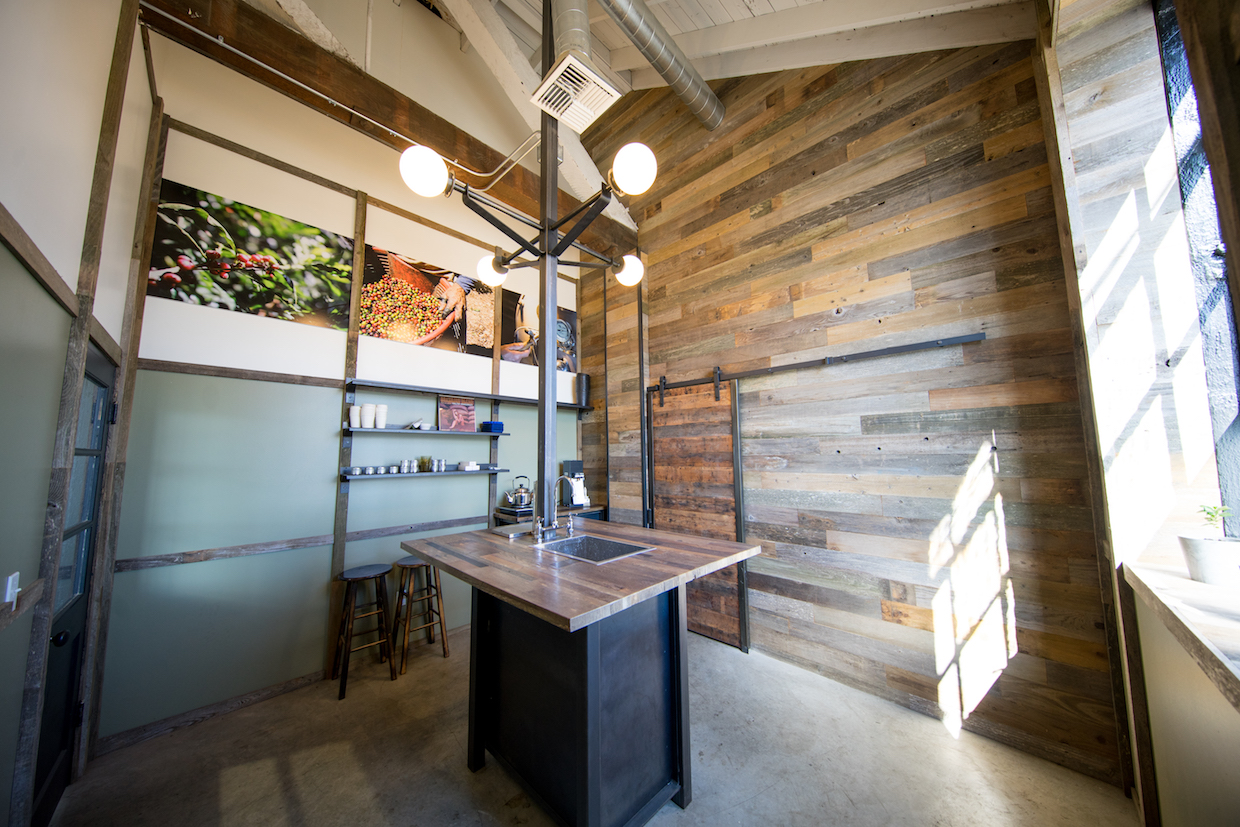 “You won’t be able to walk up to the density grader unless you’re on a tour, but you can see it,” Felix-Lund said. “We’re talking about maybe doing a Saturday milling day, when it’s quiet in the roastery. We’ll run the mill, we’ll separate by density and then we’ll do some educational tastings around it.”

Public cuppings will be held at the roastery every day at 1 p.m. “I think it’s going to be a pretty unique Portland stopping point,” said Felix-Lund. “Stumptown did so much having public tastings every day, but this is a space where you actually see it all roasting.” 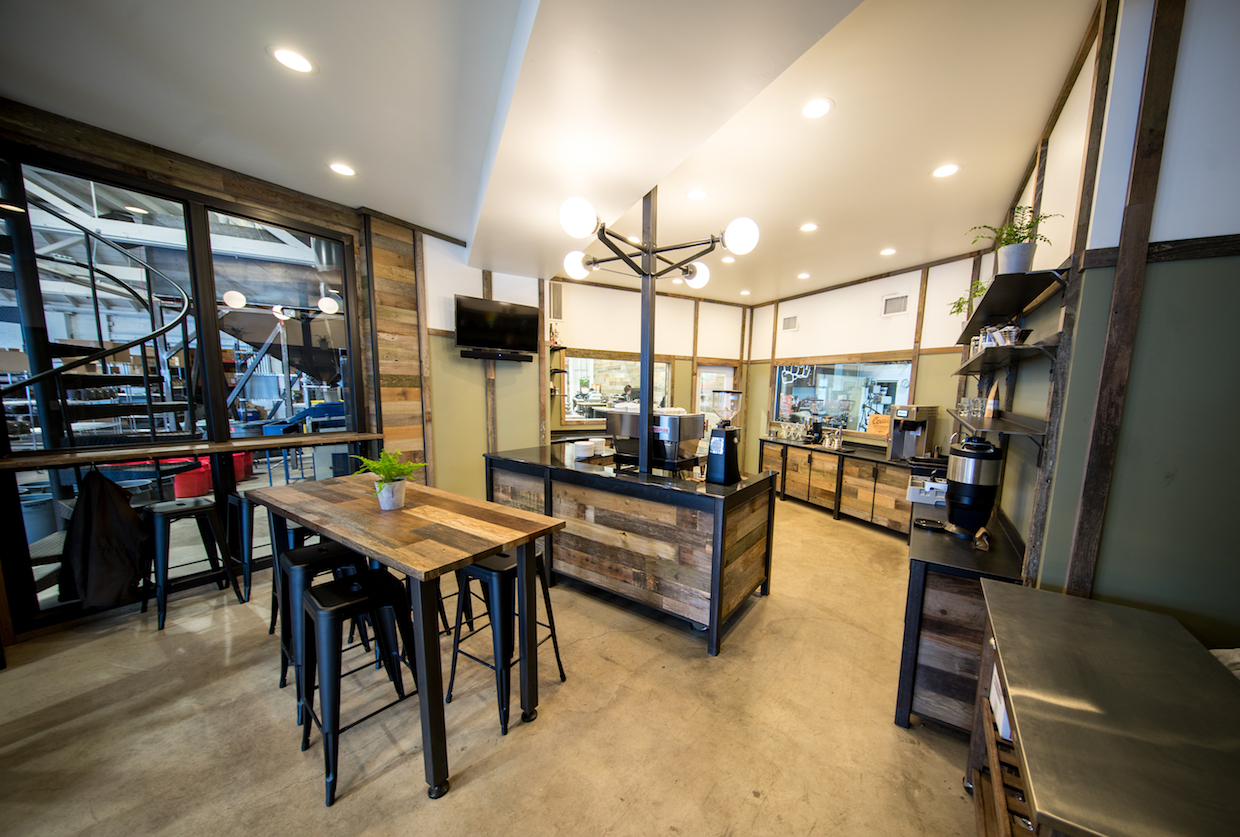 The brew bar constitutes the company’s third retail location, with two more locations also in the works. The next one to open will be the company’s first outside of Portland, as it expands down into the San Diego market. Construction has just begun inside the Westin San Diego with a projected opening sometime this coming July. This will be followed by a downtown Portland shop at 12th and Jefferson in approximately August or September. 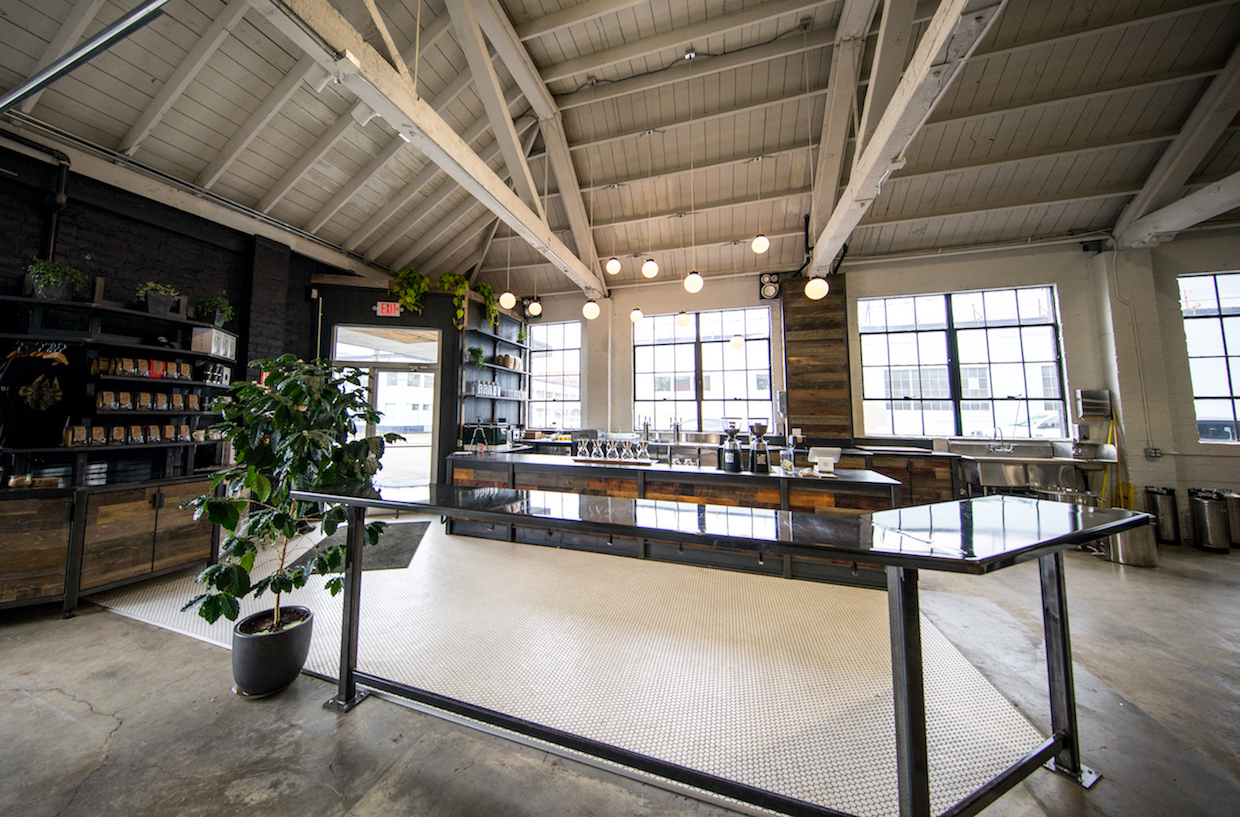 The Coava Public Brew Bar and Roastery held its grand opening celebration on Friday of last week, and is now open six days a week at 1015 SE Main St in Portland.