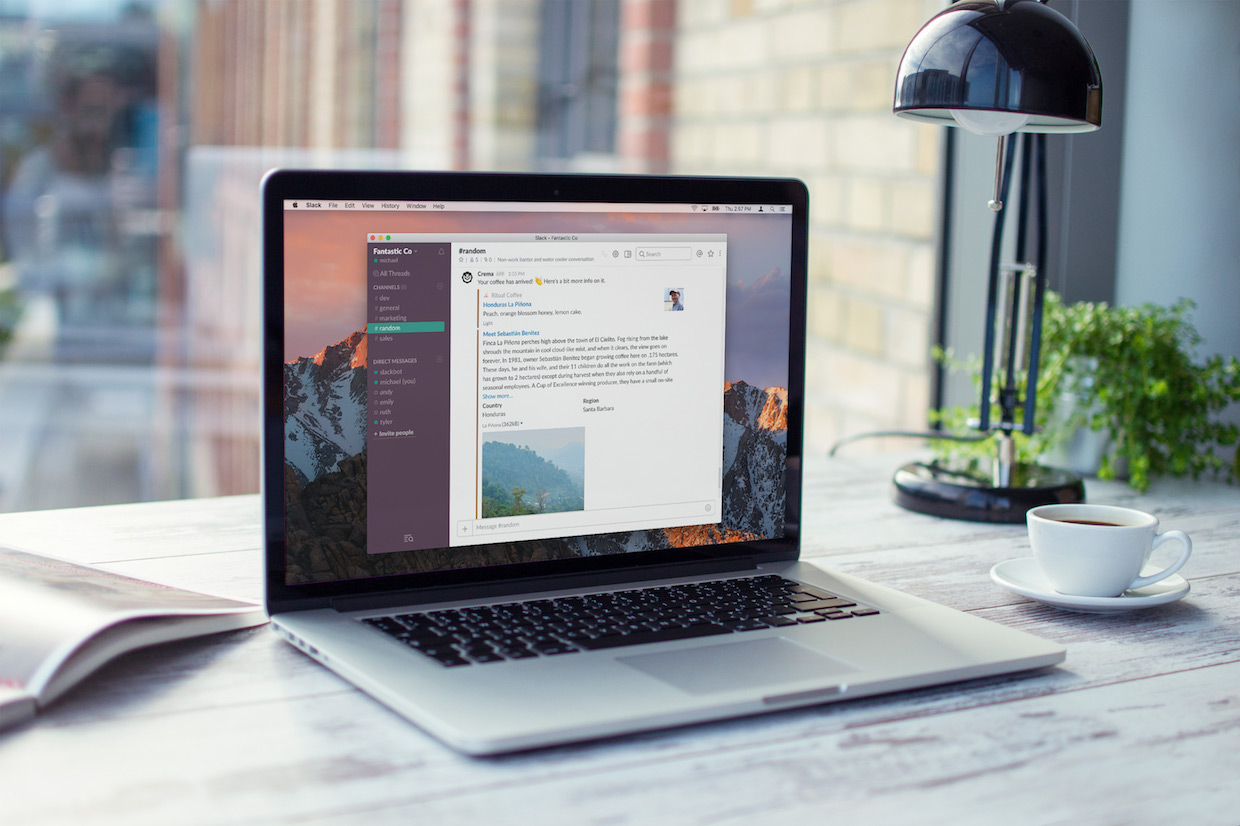 Crema.co on the Slack app. All images courtesy of Crema.co.

As consumers have developed a greater appreciation for specialty coffee on the whole, coffee in the office workplace has become an important amenity for employees, as well as an important signifier of a progressive business culture. Even the Wall Street Journal has taken notice of the growing trend among corporations installing barista-staffed, in-office mini cafes in addition to break rooms.

For the more traditional, DIY office coffee arrangements, the process of ordering beans through catering or office supply distributors is not unlike the sort of online coffee subscription services that have proliferated in recent years through third parties or directly through roasting companies — although the pitch from coffee-focused services is, of course, better coffee.

Yet, to this point, standalone subscription services have tended to aim directly toward consumers, and few have made concerted, innovative efforts in the office segment. Meanwhile, office managers often remain in the precarious position of choosing the all-important coffee on behalf of the office, which can be a roll of the dice when aiming to please a motley team. 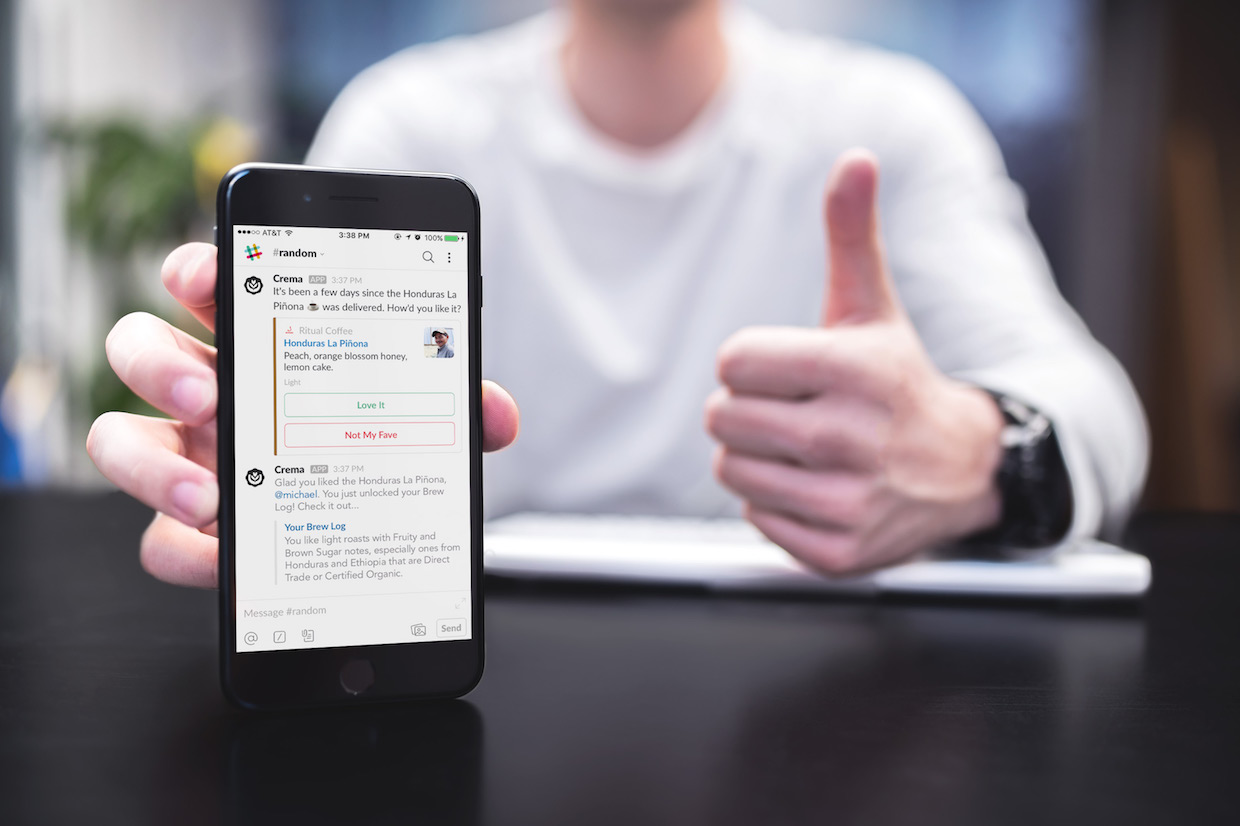 Online multiroaster subscription company Crema.co has announced the rollout of a new feature aimed at solving and streamlining the coffee dilemma in the up-to-date office: Slack integration.

“The Crema bot not only keeps your Slack team in the loop about events such as a new coffee delivery or upcoming shipment, but it also enables everyone in the team to rate each coffee and vote on what to get next, right from Slack,” Crema.co CEO Tyler Tate stated in a recent press release.

Slack is leading cloud-based team communication tool that functions essentially as a feature-rich chatting app, allowing for conversations to live in indexed, searchable channels where employees can interact, upload files, and connect and organize other apps. More than 900 third-party apps and services now integrate with Slack, and as of today, Crema.co is one of them.

As workers click yay or nay via the Crema.co Slack app to rate coffees as they’re consumed, the subscription service’s learning algorithm adapts subsequent recommendations to zero in on collective tastes. Team members also cast votes towards the next purchase in Slack, which is surely a step up from a convoluted email chain or a show of hands in a conference room or however else office coffee choices are made.

The Crema Slack app doesn’t handle personal, individual accounts — only office accounts — so individuals won’t find their virtual workplaces cluttered or distracted by personal coffee-ordering opportunities. Individual accounts are still dealt with in the usual way, through Crema.co’s phone/tablet app or website, where offices without Slack integration can also set up accounts. 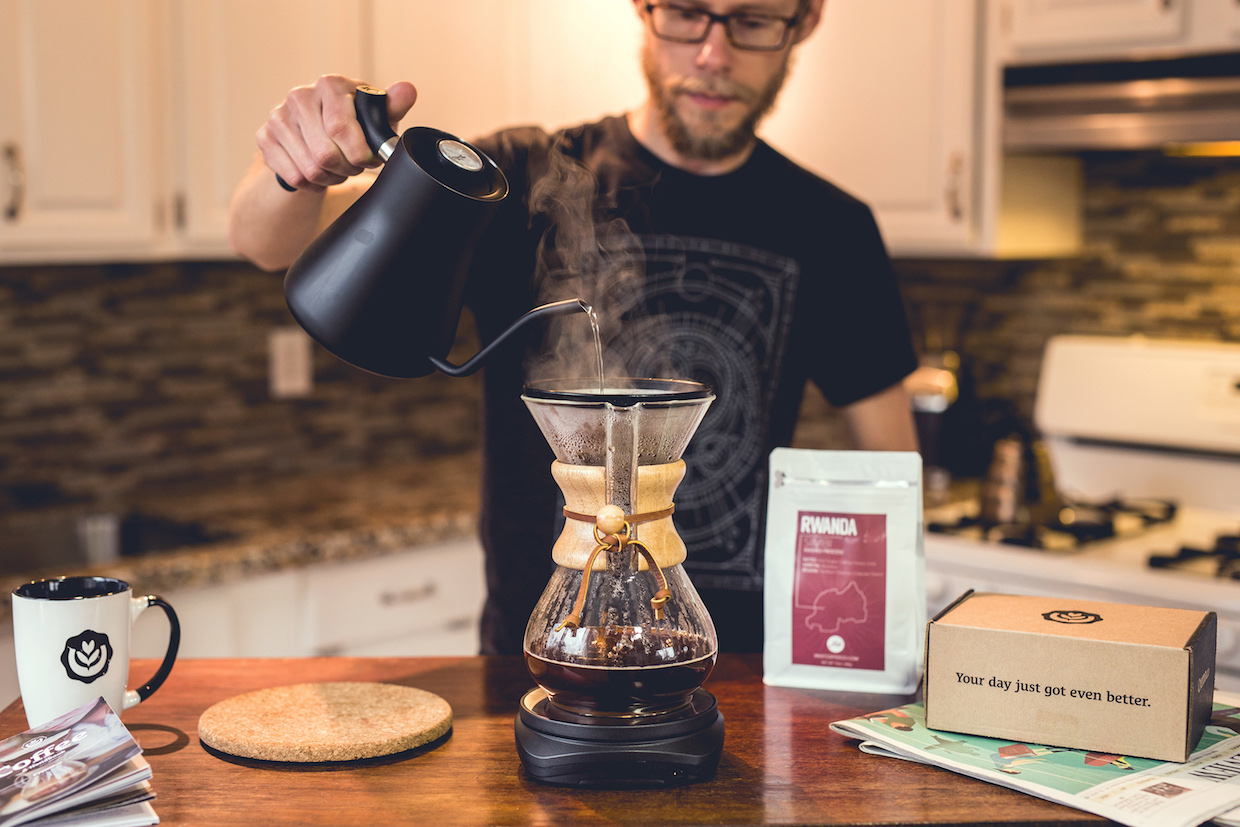 Options currently available through Crema.co’s service, which launched less than two years ago, include coffees from 20 different high-end roasters from across the United States. The company also donates $1 for every purchased 5-pound bag to nonprofit Food 4 Farmers, which works to improve food security in Latin American coffee-growing regions.

“The top question we’ve been hearing over and over is: ‘Could you deliver to my office too?'” Tate said. “We’re now answering that question in a big way.”