After Years of Development, Etzinger Unveils the etzMAX Grinder Line 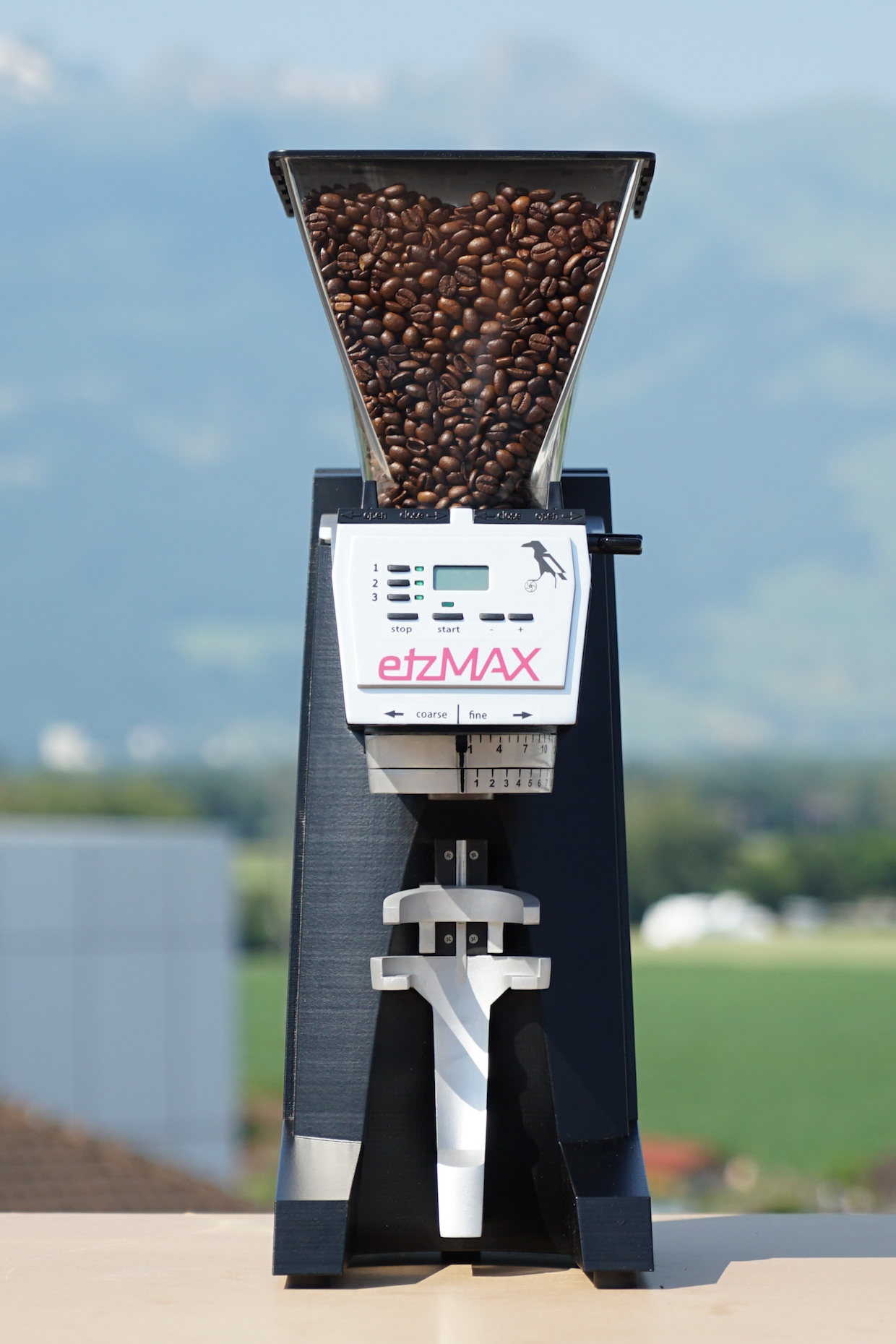 Followers of developments in new grinding technology will recognize the name Etzinger from its appearance in descriptions of the Baratza Sette grinder, where a central breakthrough was referred to as the Etzinger Mechanism. It represented an innovative spin, if you will, on the conical grinding process, in which the inner burr remains fixed and a motor-driven ring burr spins around it, which is opposite the norm of a stationary ring burr and motor-spun cone burr.

The mechanism was pioneered by Christian Etzinger, an Austrian aeronautical engineer based in Switzerland who, at a factory in neighboring Liechtenstein, also designs and manufactures burrs for Baratza and other grinder-making companies.

Etzinger spent seven years developing the mechanism and worked closely with Baratza on its implementation in the Seattle-based company’s line of consumer-oriented Sette grinders. Now, Etzinger has become the name of a brand all its own, as it rolls out its inaugural product line focused on an on-demand espresso grinder called the etzMAX, centered, of course, on the same fundamental Etzinger Mechanism.

There will be two versions of the etzMAX upon launch. The etzMAX Medium T, with time-based grinding, and the etzMAX Medium W, with weight-based grinding that depends on an Acaia-made load cell with Bluetooth connectivity, similar to the Sette. Apart from the outer-ring-spinning system, which the company now calls “the etzJET mechanism,” a now-familiar outward appearance, and a few ancillary parts in common for manufacturing efficiency, the etzMAX arrives with several substantial differences from the Baratza Sette line. 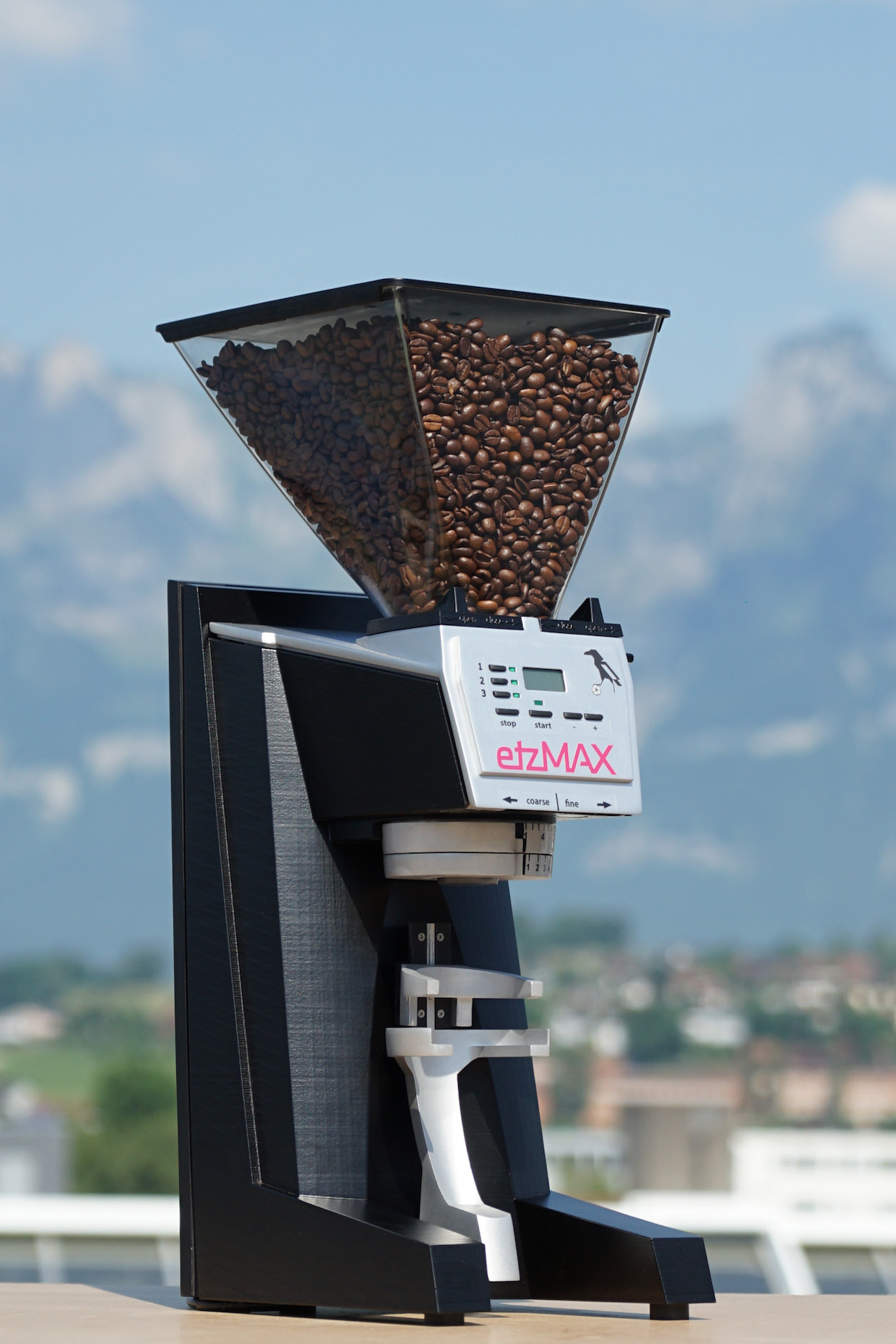 “The only ‘Baratza’ parts that we share are the front display circuit board, the hopper stopper (handle and flapper) and the cone burr holder. Additionally, Etzinger uses the same Acaia load cell, though his entire weight system is different than ours,” Baratza President Kyle Anderson told Daily Coffee News via email.

Anderson said the line also features a different motor, a belt drive system (as opposed to gear drive), a beefy cast zinc housing for its grinding mechanism and a different burr rotation speed. Etzinger told Daily Coffee News that the different choice of motor and drive system was mainly for the way it fit within the housing and that it might be slightly quieter, but otherwise not a dramatic departure.

More significant is that the etzMAX burrs themselves, though the same size as Sette burrs, are also geometrically unique. Etzinger designed new burrs specifically for greater grinding efficiency, durability and performance at a slower rotation speed and under the strain of commercial use. Etzinger reports a grind speed of 3.8 grams to 4.3 grams per second for espresso, depending on the setting. A macro adjustment ring is connected directly to the cone burr, offering 28 steps of 0.1-millimeter increments, with a stepless micro adjustment ring providing an additional 10 demarcations for fine tuning. 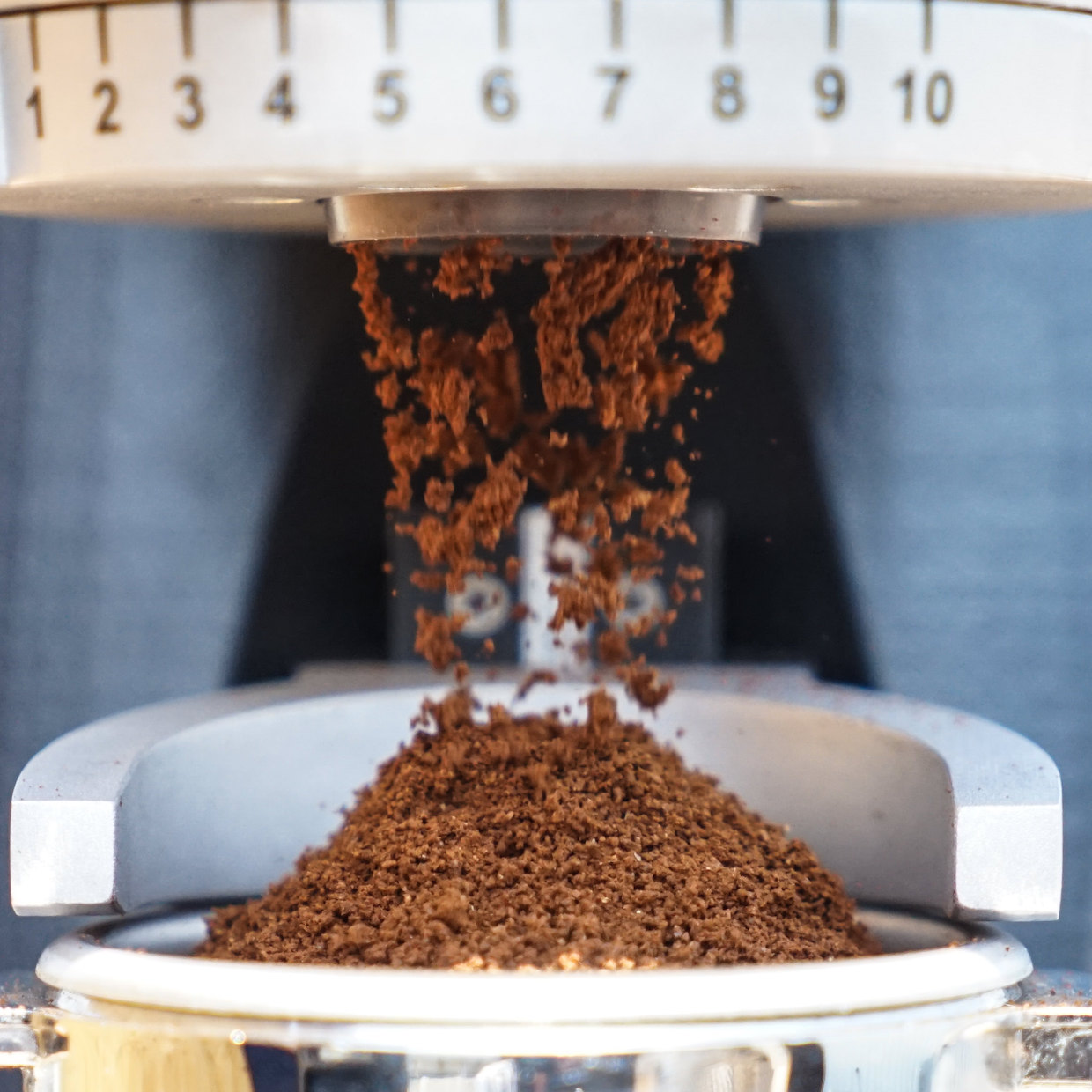 Andrea Etzinger, who handles marketing for the Etzinger company, told Daily Coffee News that at the World of Coffee event in Budapest where the grinder debuted earlier this month, questions frequently came up about the relatively small size of the burrs for a commercial machine. “We kept telling them that it doesn’t need more to be efficient,” Andrea Etzinger said, “Our target has always been to reduce everything to the max — it’s not just a slogan, it’s Christian’s motto, particularly in terms of technology and engineering.”

She added that it took years of research and testing materials, geometries, hardening treatments and manufacturing methods to settle upon a 32-millimeter burr that hit their benchmark goals for grinding efficiency, and did so while also generating less heat.

“The smaller the burrs, the lesser friction, the lesser heat,” said Etzinger. “Heat is a result of friction, and friction is a result of inefficient burrs compressing and squeezing the beans rather than cutting them. In the end, it’s all a question of efficiency, not size.”

Meanwhile the entire assembly of the grinder is modular, with a goal of easy serviceability and access to parts for which the company will roll out upgrade options in subsequent years. The grinder’s digital front display panel, its Acaia-made grind-by-weight load cell, its adjustment system and the etzJET mechanism (burrs, belt drive and motor) are all designed to be accessible with minimal effort.

“All components can easily be replaced by users themselves, requiring a screwdriver and 5 to 10 minutes of time. Especially, the etzJET mechanism is really simple to replace,” Christian Etzinger told Daily Coffee News, adding that the display too, is connected by two simple cords. “We have demonstrated it many times during the show and people seemed pretty impressed since it will dramatically reduce repair and maintenance costs.” 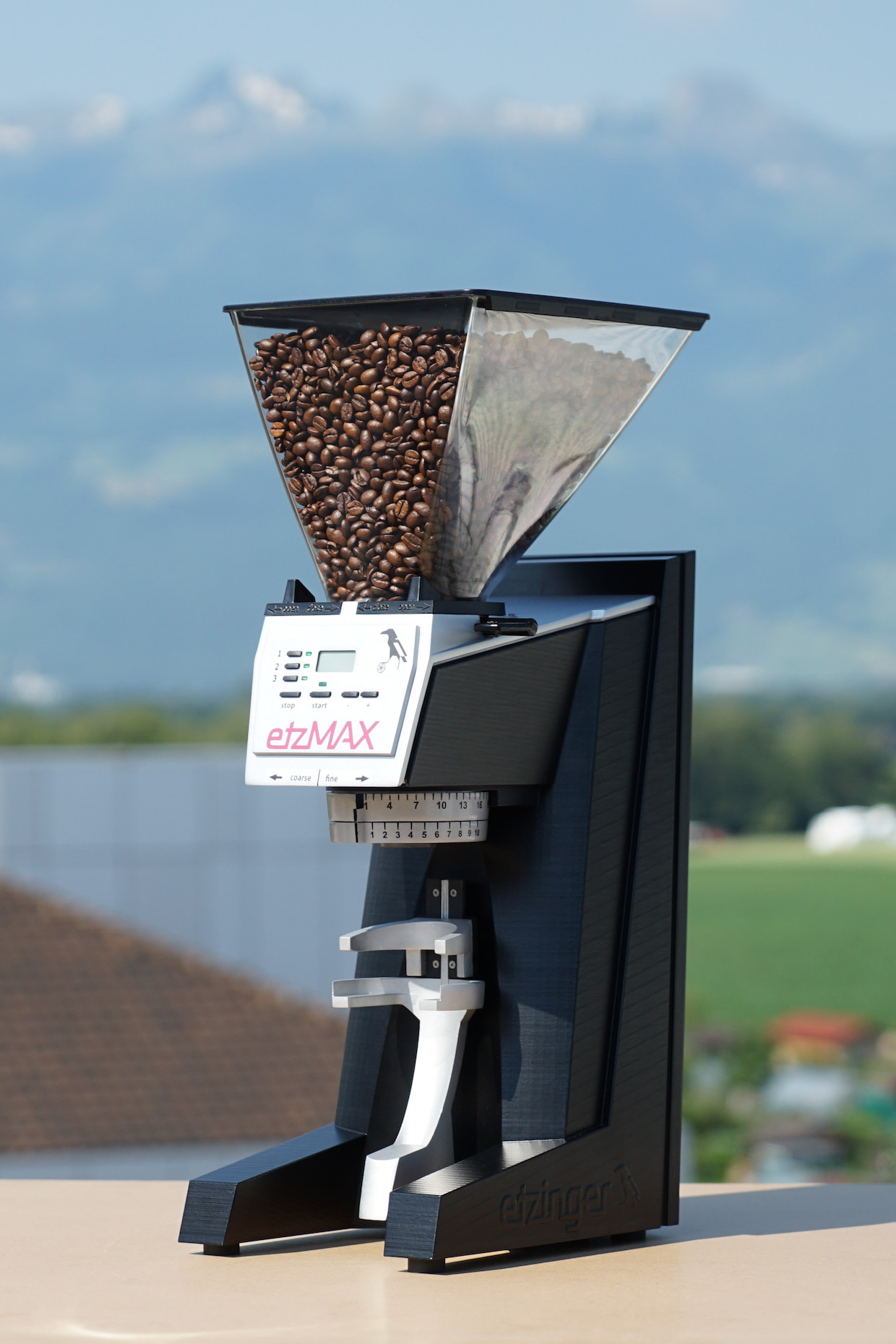 Upgrades to the etzJET mechanism and the display will be the first to emerge. The company stated that within 2018 there will come a variety of three interchangeable etzJET variations, all fitting into the same housing. A “Light” version will feature a grinder body made of fiberglass-reinforced plastic, a “Heavy” version with a motor three times “stronger” than the stock model, and a “Super-Heavy” featuring the stronger motor and a 42mm conical burr set.

The company intends to release the grinders on markets overseas by the end of this year. Pending establishment of a U.S. distributor, the hope is for a stateside release in early 2018.