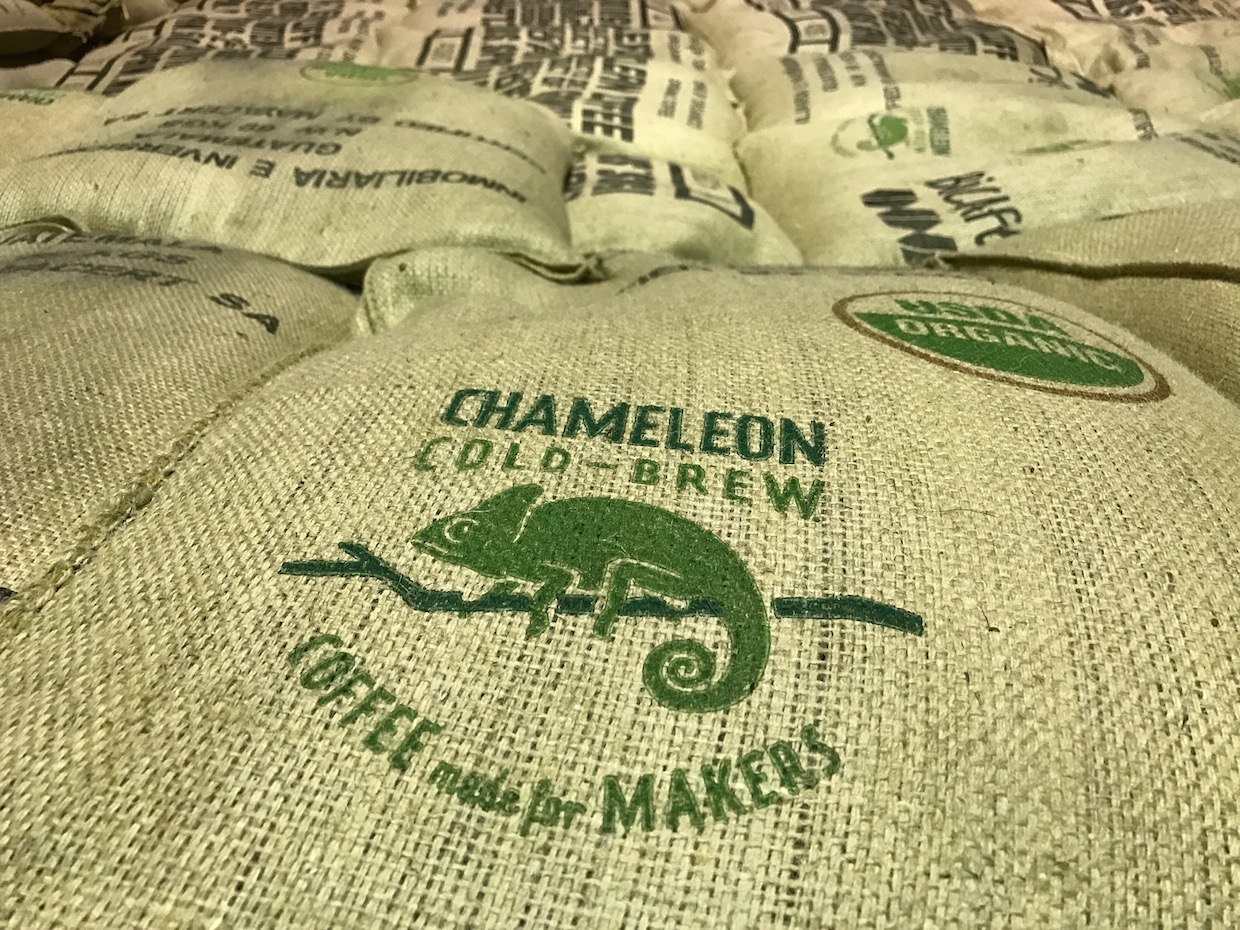 One of the earliest and biggest successes in today’s now crowded RTD cold coffee category, Austin, Texas-based Chameleon Cold Brew has just branched out with new products aimed at changing public perception of the brand as not just a cold-beverage-maker, but as a well-rounded coffee company.

The products, which launched last month, include a line of whole-bean roasted coffees — one single origin and two blends — and a DIY immersion cold brew kit that includes a pre-ground coffee pouch and a glass mason jar.

The two-pronged dry coffee approach is a means of not only diversifying the company’s product offerings, but providing more exposure for the brand by gaining shelf space and visibility beyond the refrigerated shelves.

“We’re getting up to a healthy volume in coffee, so we said hey, let’s try to apply the same sourcing principles that we do with the cold brew and do that with whole bean, and let’s try to bring cold brew more into the center aisles of the store, so to speak,” Chameleon Director of Coffee Matt Swenson told Daily Coffee News. 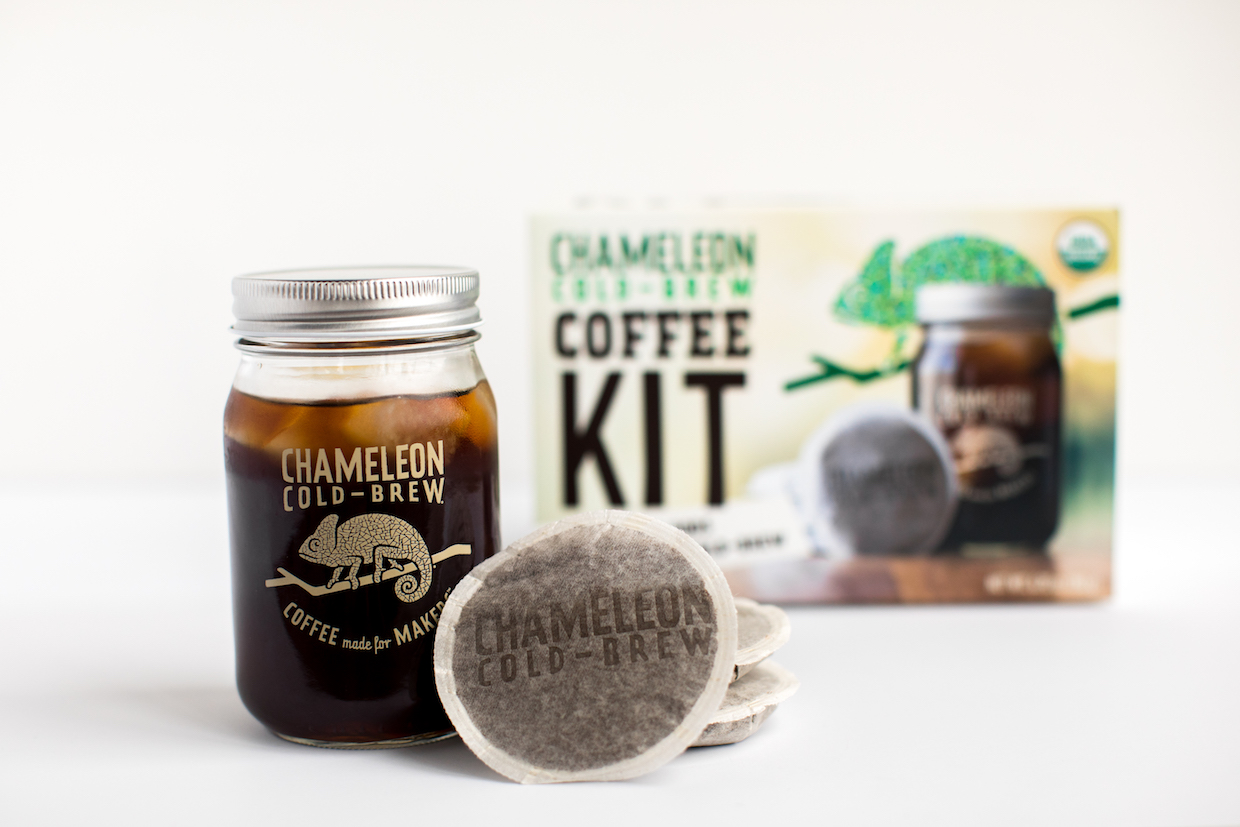 Production roasting of whole bean products occurs on the same equipment the company uses for its cold brew, which including a Sivetz roaster in Austin and a Probat Saturn 4000 centrifugal roaster in a partner facility.

“With our tremendous growth the last few years, roughly 2,500 percent over the last four to five years, we’ve had to strategically partner with some larger roasting partners to handle our growth. We’ve set up a network that allows us to source organic coffees from origin, leverage our roasting partners’ scale, and still manage the quality of our green and roasted coffee consistency all from our lab in Austin with help from the guys at Cropster,” said Swenson. “I am extremely hands-on and am constantly tweaking roast curves as new containers land, and our team is cupping every single batch that comes out of the roasters.” 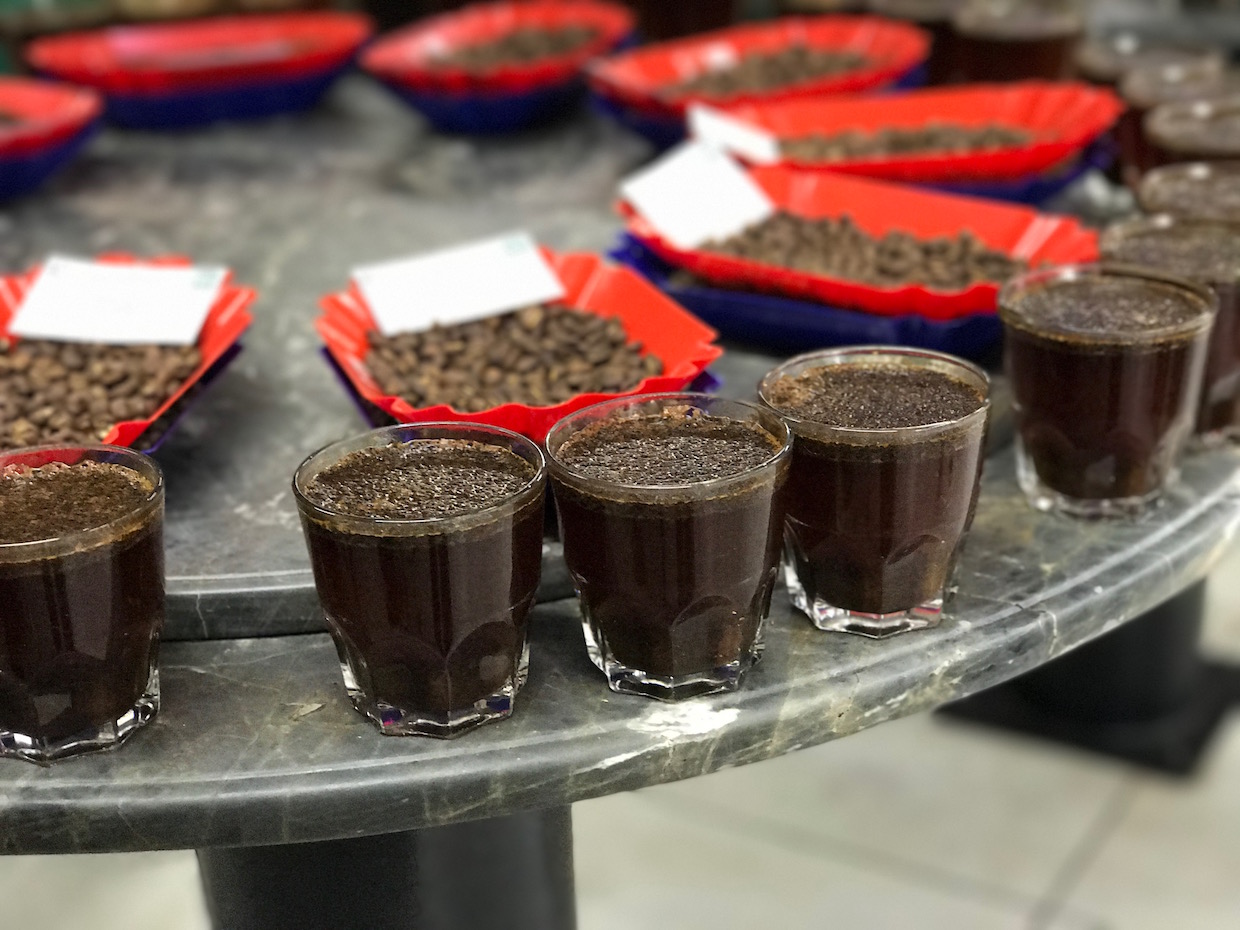 Swenson said the scale of their production jumps substantially during the summer months, in which Chameleon presently turns around over 50,000 pounds per week. “I’m incredibly proud of the roasting and quality systems that we’ve created to handle our exponential growth,” he said.

Meanwhile, the coffees Chameleon now sells in whole bean form are not from the same lots the company uses in its cold brew. All three current whole bean offerings are independent of the cold brew and unique to the brand, and each is crafted to be as distinct from the other two as possible, to provide customers with an enlightening spectrum of coffee experiences. 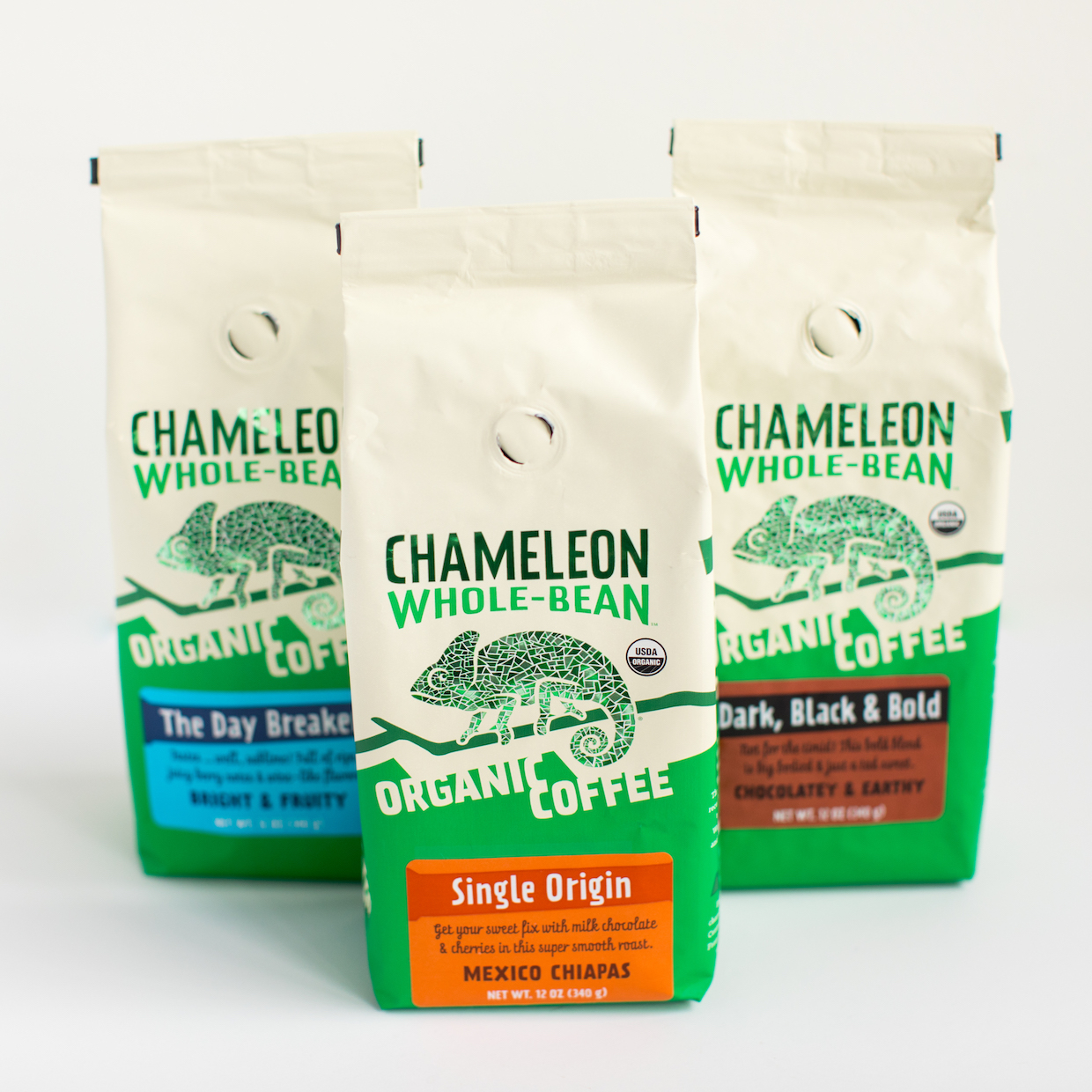 Swenson, who has previously held similar sourcing and directorial positions for Dallis Brothers Coffee and Nobletree Coffee, is also a certified Q-grader who hopes eventually to become a Q instructor. Having cupped thousands and thousands of coffees over his many years in the industry, Swenson said he drew from that knowledge base to distill terroir, elevation, varietal, processing and other factors down into as compact a product line as possible.

The light blend and the darker blend will be kept as consistent as possible throughout the year, while the single origin offering will rotate with the seasons. Said Swenson, “That’s the fun part.” 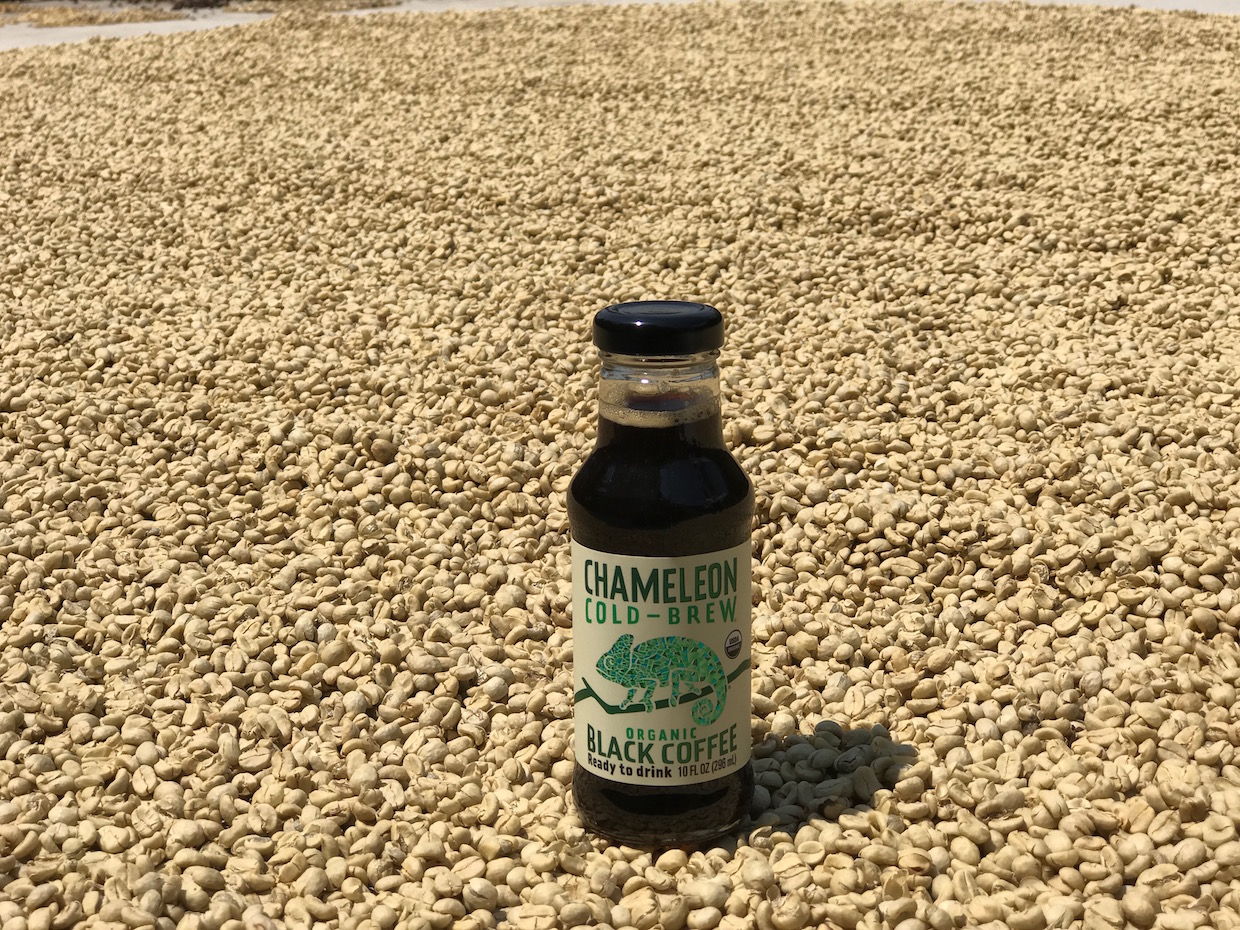 The pre-ground DIY cold brew kit is also distinct from what the company brews up for its RTD bottled line, although the quality is on par, as is the cup character, given that Chameleon’s cold brew has always been a 16-hour immersion steep brew.

“We’re still super old-school,” said Swenson, acknowledging the diversity of methods and products that have flooded the market since Chameleon launched seven years ago. “It’s painful how long it takes sometimes, when we’re butting up against orders. Sixteen hours — it’s no joke.”

Swenson said that the company is also currently dipping its toes into the wholesale roasted coffee business, having brought on one commercial food service client so far. In that direction, Swenson said they are proceeding with “cautious optimism.”  Yet despite Chameleon-roasted coffee bound for hot preparation methods, there are no plans for any sort of Chameleon cafe at this point.

“We don’t really see ourselves as owning assets in that manner of retail,” Swenson said. “It’s not our core strength — it’s not our core DNA — although I think it would be awesome.” 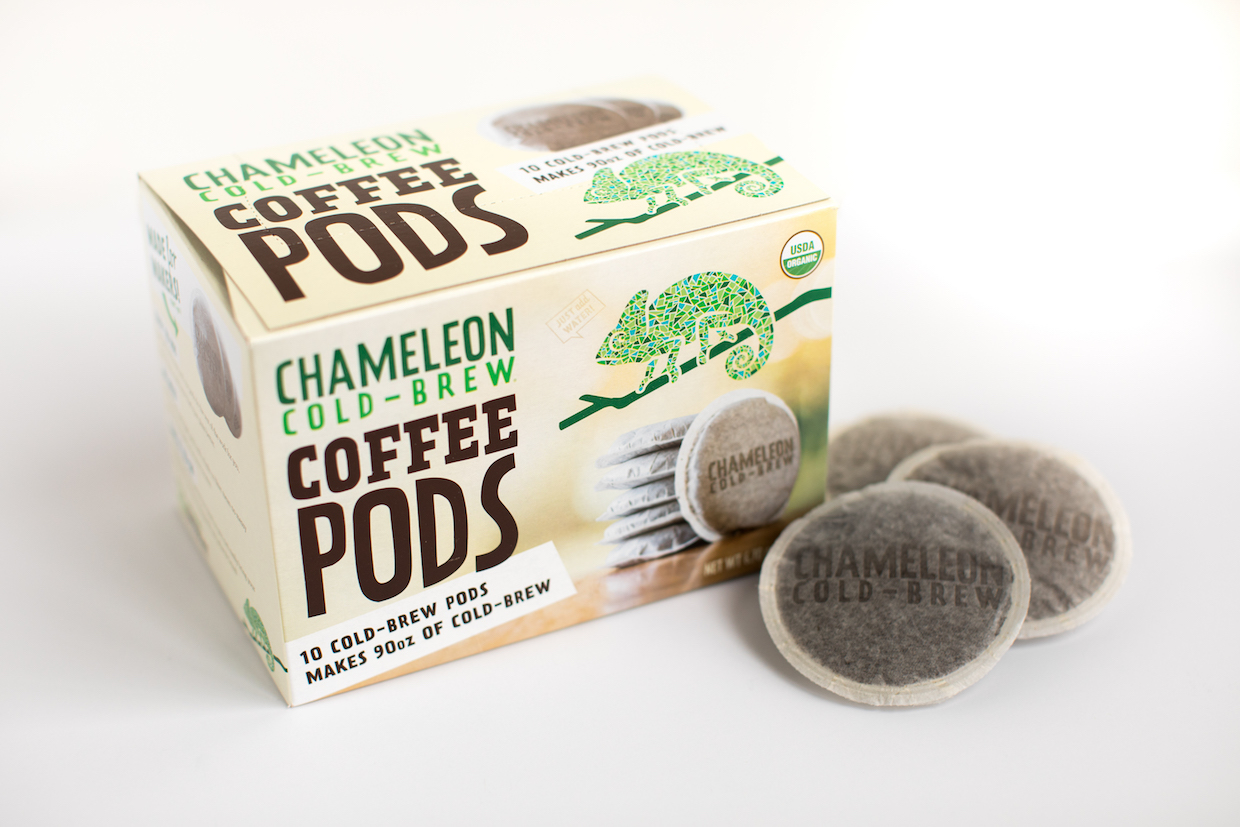 Ultimately, the expansion into roasted coffees for hot methods and for DIY cold brew is, according to Swenson, more a matter of expanding existing costumers’ positive brand experience with Chameleon than it is about introducing Chameleon as a new brand to home coffee brewers, although the new line will ideally achieve both. And either way, the company hopes to grow beyond a rigid designation as a strictly cold-brew company and into something with a wider scope of dependability.

“We’ve always been the cold brew brand, but because we are doing a significant volume of coffee, we actually are a coffee company,” Swenson said. “This helps us with that transition of view.”