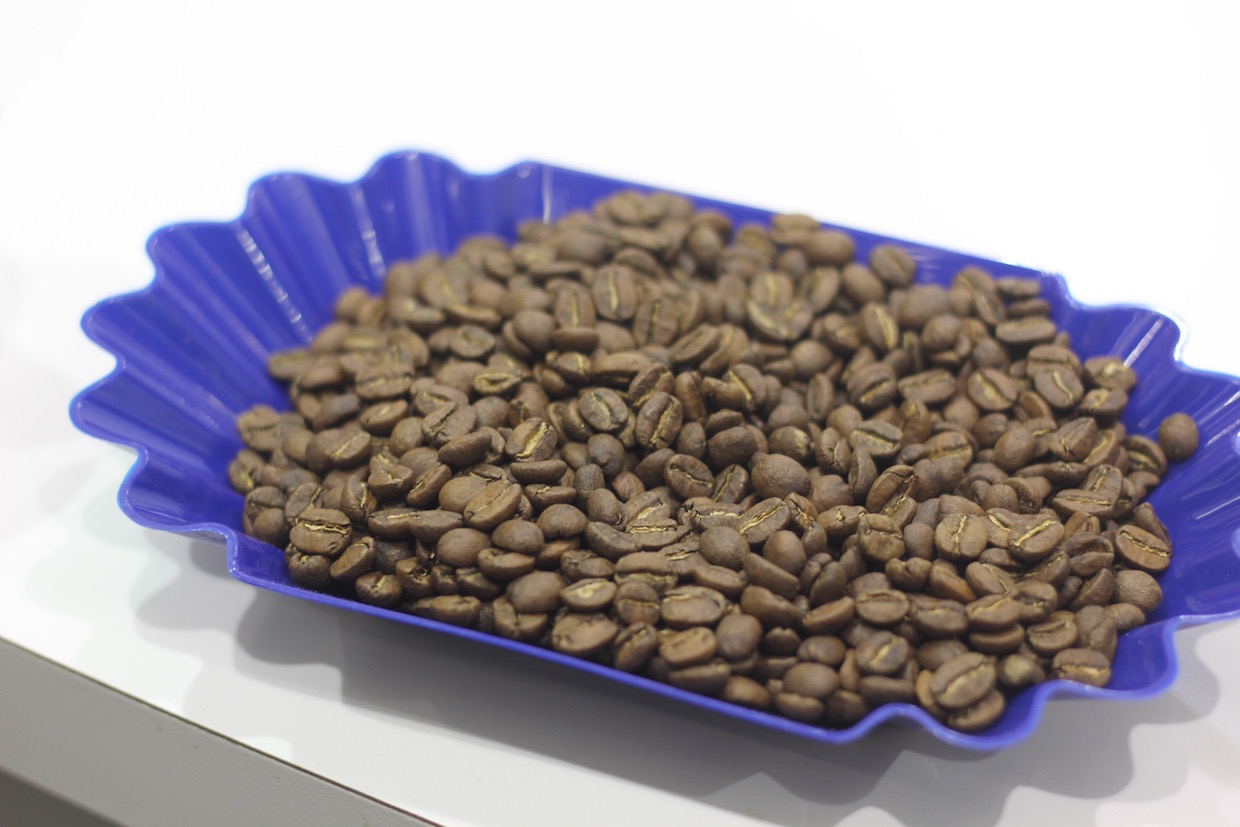 (Editor’s note: This is Part 4 of an ongoing series exploring the start-to-finish development of a new cupping competition scoring system, to be used in practice at the Kona Coffee Cupping Competition in November. Two of the primary goals of the new system are objectivity and local adaptability. Part 1. Part 2. Part 3.)

Twelve stakeholders, including myself, participated in the process, which we broke into three parts, discussing each over a week’s time in preparation for the upcoming Kona Coffee Cultural Festival Cupping Competition.

The first step was to decide what general flavor profile we wanted to use. It was quickly agreed that it would be either the classic Kona coffee profile or a modern, complex specialty coffee profile — the type that could win a Cup of Excellence competition, for example. Deciding which profile to use proved more challenging than expected. One represents the legacy of Kona coffee while the other explores Kona coffee as a competitor in the international specialty coffee scene.

The panel was split fairly evenly between the two choices. After some discussion and brainstorming, we realized we didn’t have to choose; we could, in fact, use both. We could simply insist that farmers select which profile their coffee was to be measured against. We chose to use the classic profile, renamed the “heritage profile,” for two divisions (commercial and artisanal) but to include the modern profile in the artisanal division, as well. This means there will be two winners within the artisanal division.

The two divisions have existed in the competition for a long time. Basically, there is one division for large farms, who must guarantee the availability of 1,000 pounds of green coffee as represented by their entry, and one division for small farms, who might have just a handful of trees on their farm.

We encountered some significant challenges in this stage. The first was wrapping our heads around the idea that we had to choose characteristics that defined a single, specific modern coffee profile. After all, there are many modern profiles that could win in a competition. How do you choose just one?

The second challenge was coming up with a set of characteristics that could define both the heritage and modern profiles. While it was not mandatory to use the same list, we recognized how much simpler it would be on the volunteer judges and tabulators.

The third challenge was deciding whether to keep floral as an inherent part of the complexity characteristic, or to pull it out as its own entity. It works well in both places. While we chose to make it an explicit characteristic, we’re not entirely sure it was the best choice. Fortunately, using this system, each competition can make its own determinations regarding definitions while learning from the experiences of past competitions. So, if we chose poorly, someone can address it later.

The first five characteristics are scored on an intensity scale of 0-10, where 0 indicates that none of the characteristic is present and 10 represents the limit of pleasant acceptability.

A tingly sensation that is perceived on the tongue, sometimes described as bright or lively. It is typically associated with fruit acids. It is not vinegar or spoiled milk acids. When its concentration is too high, it becomes sour, like the difference between an orange and a lemon. A score of 10 is the level of acidity where any additional amount would be unpleasant and sour. It is equivalent to a citric acid/water solution of 0.125 percent.

The viscosity of the brew — or, in other words, how thin or heavy it is. We considered the continuum of skim milk to full cream. A score of 0 is equivalent to water and 10 is equivalent a whole milk/water mixture of 15/85.

The taste of coffee. We envision this as the paradigm in your head when you think “coffee.” A score of 10 is a cup that’s entire experience is coffee with no descriptors and barely any acidity.

The sensation on the tongue that we associate with table sugar. A score of 10 is the same experience as a sugar-water solution of 0.8 percent.

A delicate, ephemeral flavor reminiscent of flowers. A score of 10 equals a 0.5 percent solution of rose water in water.

Positive flavors that don’t fit into any of the above characteristics. These flavors don’t exist in every coffee and they add individuality and character to any given coffee. They are sometimes referred to as descriptors, qualities, or nuances. Examples include caramel, blueberry, clove, tobacco, et cetera.

A coffee will earn a complexity point when at least 60 percent of the judges identify the same descriptor or its equivalent. An equivalency could be something like: lime = lemon = pomello; or char = burnt = dark.

Negative flavors that most people would agree don’t belong in any food or beverage, including coffee. These are undesirable descriptors. Examples include medicinal, moldy, cardboard, brothy, et cetera.

A coffee will earn a defect point when 30 percent of the judges identify the same descriptor or its equivalent in at least 60 percent of cups on the table.

Heritage Profile (for the commercial and artisanal divisions)

This profile represents the classic Kona coffee profile that dominated the idea of what Kona coffee tasted like in the 20th century. It is a simple, clean, slightly acidy cup.

Modern Profile (for the artisanal division)

This profile is one type of profile that would be celebrated by modern, specialty coffee consumers. It is fairly acidy, sweet, floral and complex.

In the coming weeks, we’ll be working on training the judges using the standards we created for the definitions and developing new ones. We’ll also work on refining the idea of equivalents for complexity and defects, although, we expect there will be in-the-moment discussions about some of them during the competition.

I originally thought that in the next posts of this series, we’d discuss some of the practical points of the competition like how the samples will be received and roasted. However, that isn’t really reimagining anything about competitions and I’m not sure it belongs in this series.

Unless there is demand from you readers (let me know in the comments below), I’ll not write about it and instead the next post will be the post-competition debriefing. If you are interested in any of the mundane details about the festival, you can find the official rules and other material at the official competition website or contact me directly at [email protected].