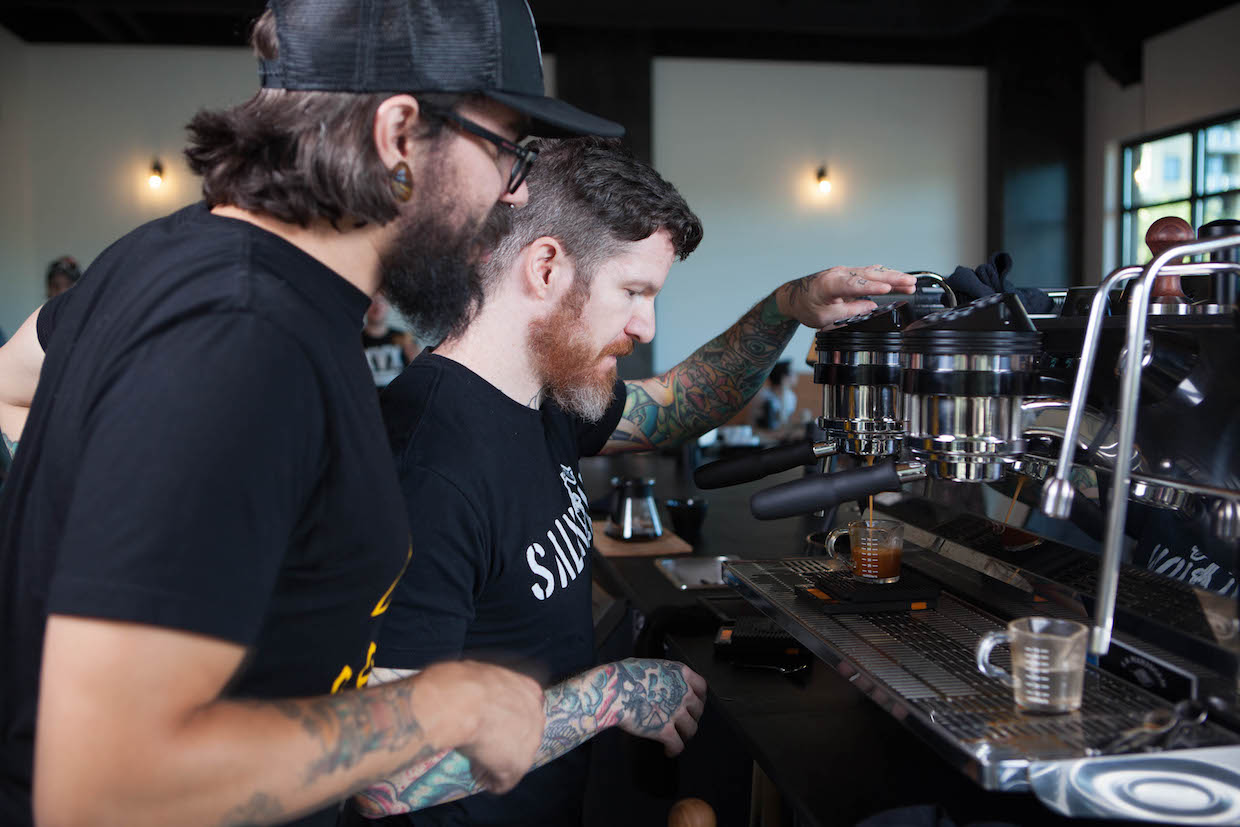 There are actually still plenty of neighborhoods, even centrally located ones, in the seemingly coffee-soaked city of Portland, Oregon, that remain underserved when it comes to high quality, fresh-roasted goods. After about a year and a half of research, the ownership team behind Oracle Coffee Company — which includes Andy Hurley, drummer for internationally renowned band Fall Out Boy — identified Portland’s southwest waterfront as just such an area.

Oracle recently opened the doors to its multiroaster coffee bar there, providing the hundreds of residents of the area’s very new, very tall buildings what is currently their only neighborhood café, according to co-owner and café manager Wil McCarthy. The bar is unique not for its multiroaster coffee program and not just for the punk rock fame of one its owners, but also for being entirely plant-based, both in its food and its drink offerings. 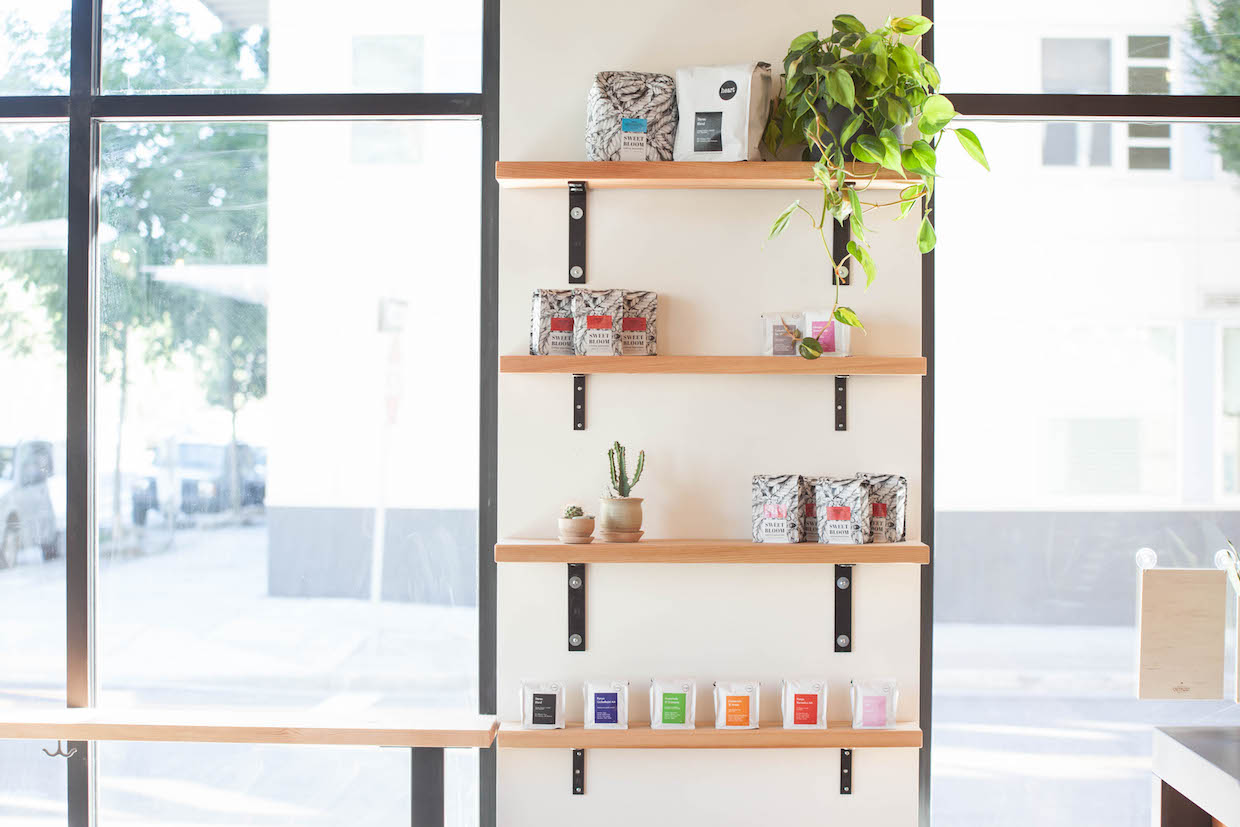 “At first it was pretty daunting because we weren’t a manifest vegan company; we weren’t advertising it. We had people coming in who didn’t expect it,” McCarthy told Daily Coffee News of the occasional tension in its earliest days upon opening last month. “It caught them off guard, and the way somebody drinks coffee is such a personal thing. So there were some people who, honestly, felt attacked that we didn’t have dairy milk.”

In the weeks that followed, as word spread of the shop’s friendliness, excellent coffee, and variety of dairy alternatives, Oracle has been largely embraced by the community. “Word got out, and we’ve gotten less and less backlash about it,” McCarthy said “A large part of that is because we offer so many other options.” 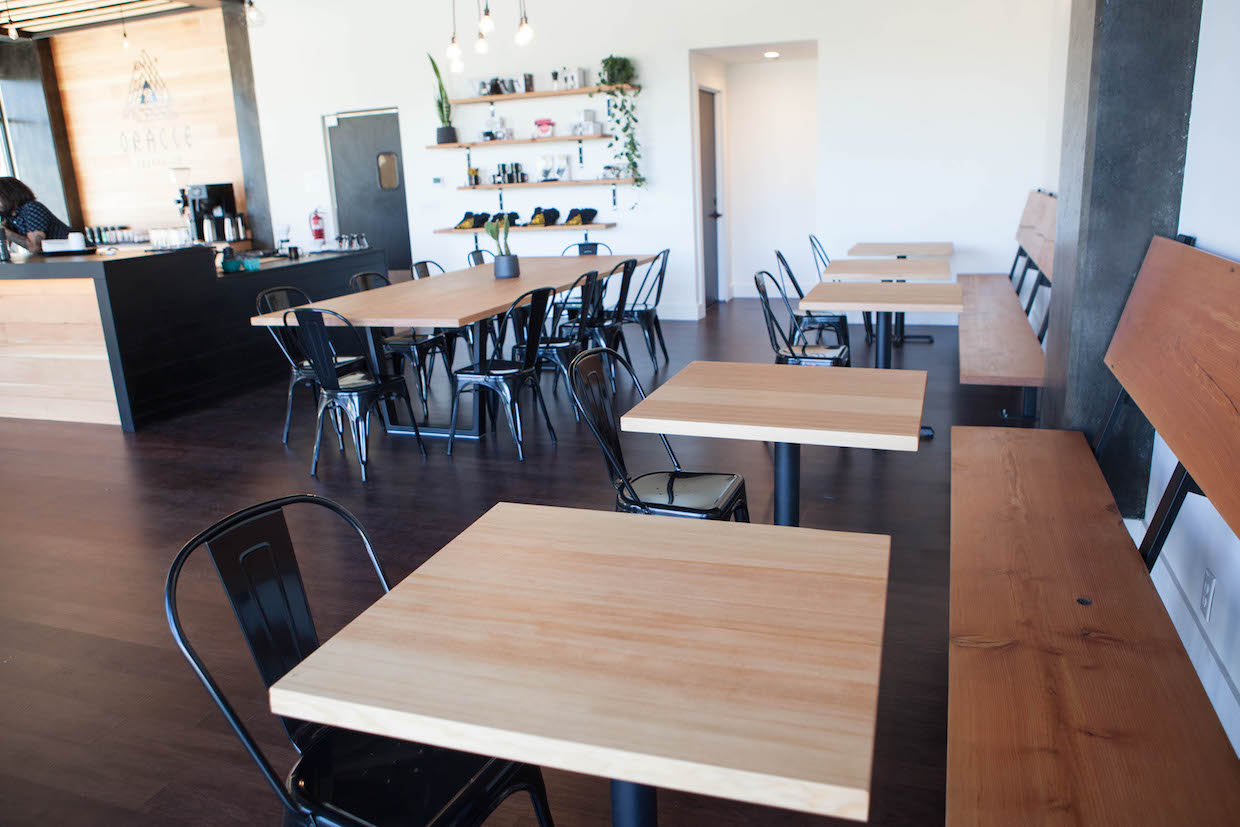 It has also helped that the espresso at the bottoms of these sometimes contentious beverages is crafted with care through a pair of Nuova Simonelli Mythos Clima Pro grinders and then a matte-black two-group La Marzocco Strada AV machine. Curtis G4 batch-brewed options, manual brews and decaf are ground by Mahlkonig EK43, and the beans themselves are roasted by the likes of St. Louis-based Blueprint Coffee, Sweet Bloom Coffee Roasters out of Colorado, and Portland’s own Heart Coffee Roasters.

So while Oracle Coffee is by no means the first or only vegan coffee shop in Portland, it is perhaps the first for which veganism is not necessarily a hallmark of the brand, in and of itself. Rather, Oracle is a specialty coffee bar with an intense focus on the quality of its coffee; and — as it happens, in keeping with the ownership’s dedication to ethical sourcing and sustainability — one that’s also consequently vegan. 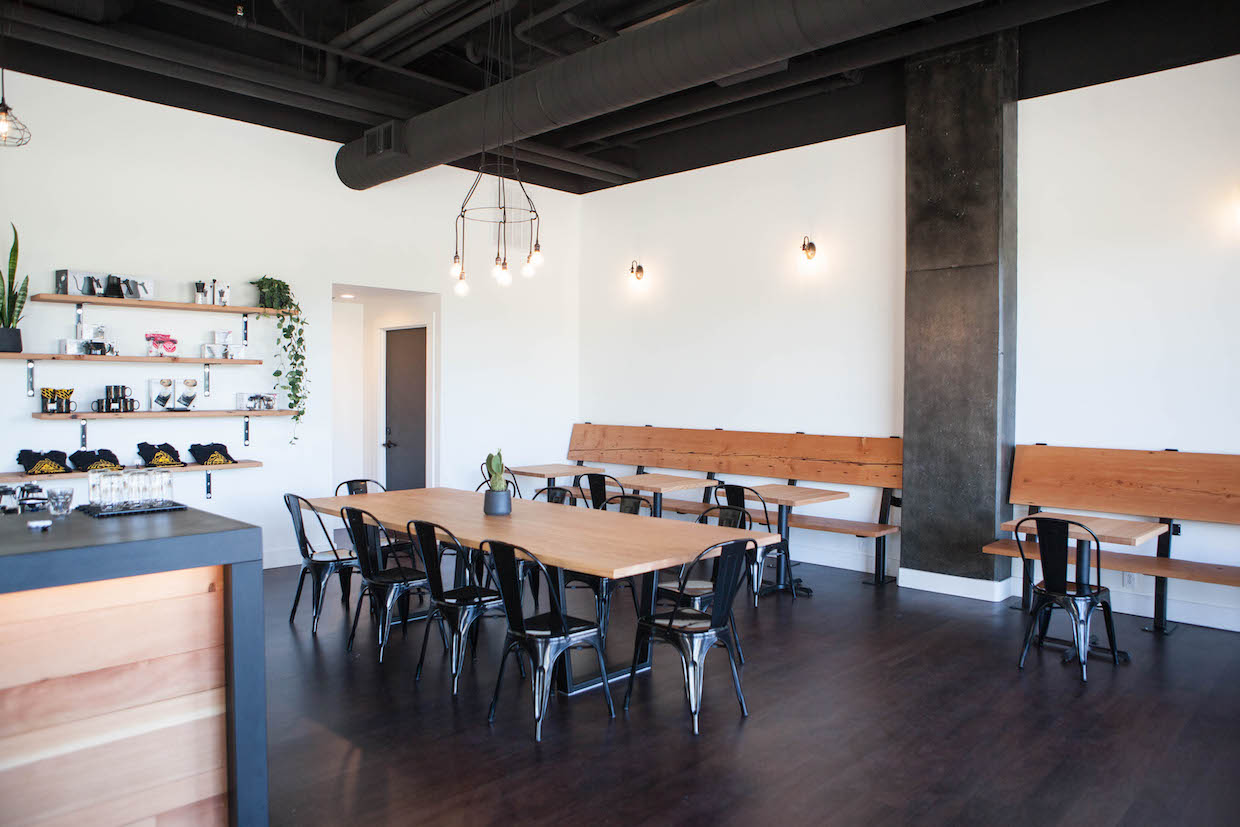 “We did quite a bit of research and sampled a lot of milk alternatives to figure out what we thought worked best for coffee,” said McCarthy, for whom performance in both the steam pitcher and on the palate were chief concerns, although there were cultural considerations as well. For example, a good soy option was important because soy, according to McCarthy, is the least intimidating non-dairy option since it’s been a part of specialty coffee since at least the 1990s.

As Starbucks has also recently introduced coconut milk to millions of coffee drinkers, that too has become an important option. Yet the go-to milk at Oracle — in a decanter on the bar in place of half-and-half, as well as in baristas’ recommendations to patrons seeking the most dairy-like whole milk experience in terms of taste and texture — is oat milk, by Oatly. 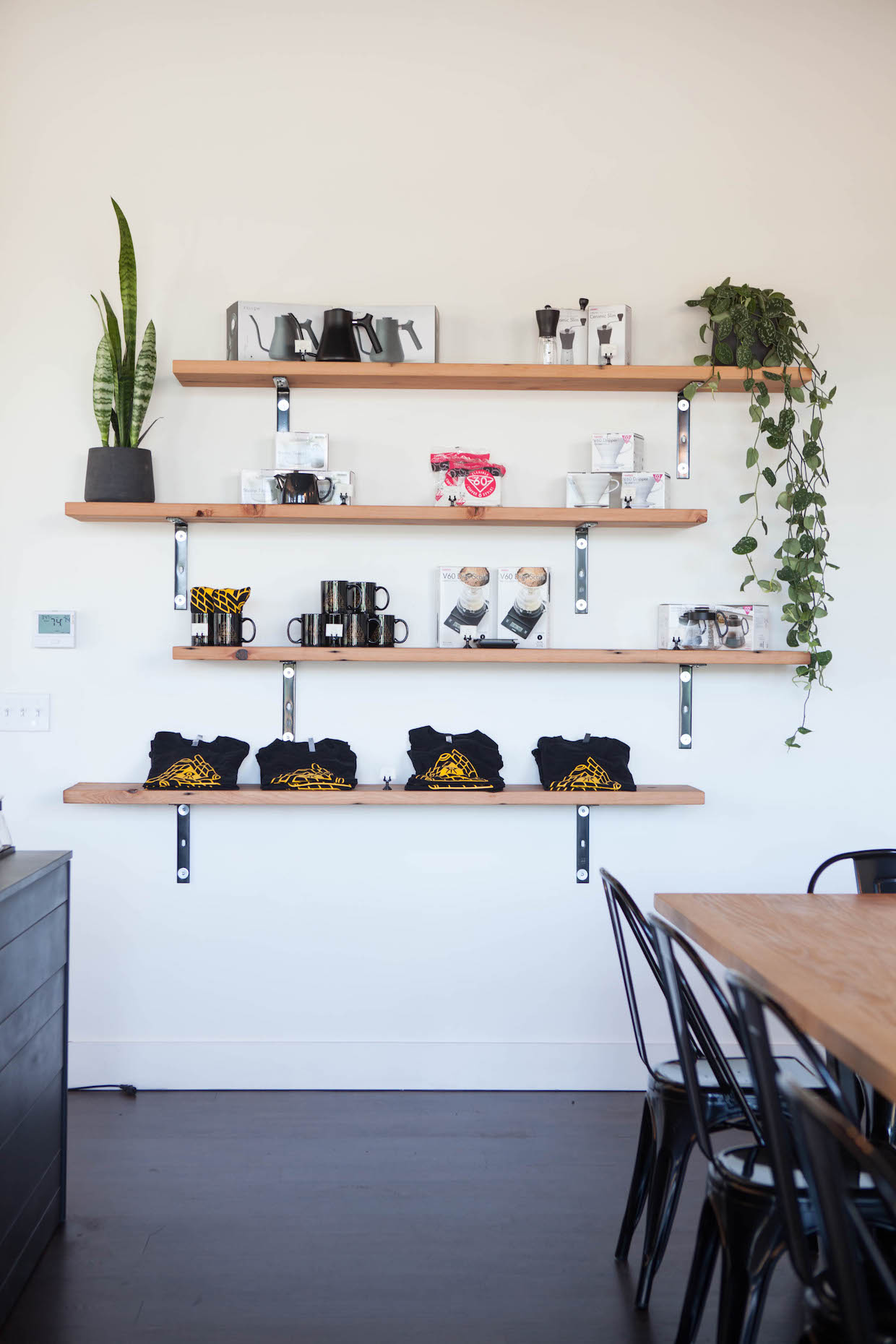 “It’s closer to whole milk than, I think, two-percent,” said McCarthy, adding that not only do baristas take pleasure in its performance pouring latte art designs on drinks of all sizes, but patrons, too, have appreciated it. “We’ve had people say this is better than whole milk. A few people have said ‘I’m going to drink this every day now.’ Somebody said it changed their life.”

Rounding out the selection is an almond option, deemed important by McCarthy for the appeal it seems to have for a particular clientele. Said McCarthy, “It foams well, makes great cappuccinos, and it appeals to a certain percentage of our client-base that likes the thought of almond milk because it has the connotation of being masculine.” 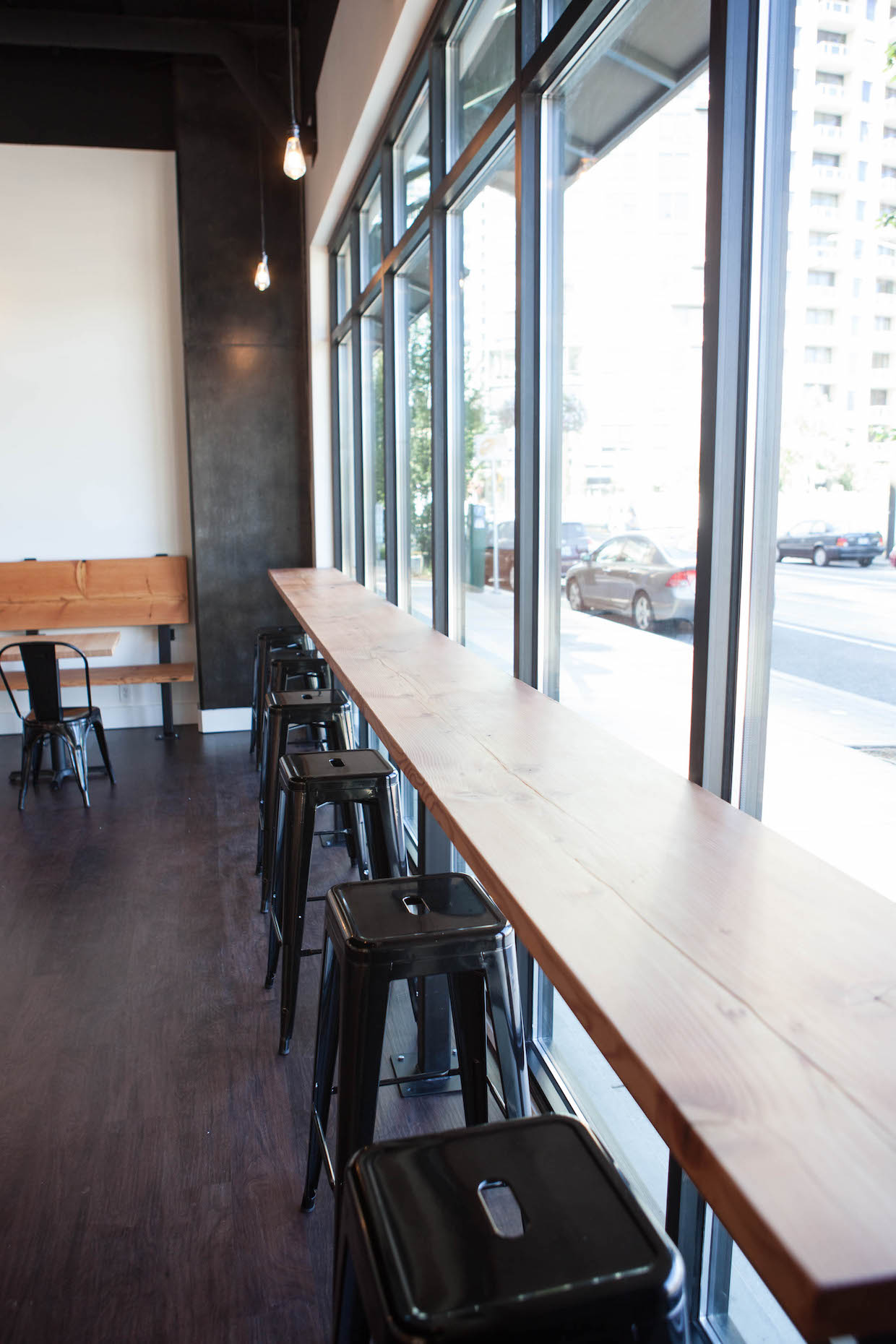 Whether that has to do with longstanding rumors surrounding the presence of estrogen in soy, or a general public misconception of almonds as being higher in protein, or just something about the color or the toughness of nuts, McCarthy isn’t sure. But it’s a correlation he’s observed without question over many years in the industry, both in the Midwest and now in Portland. Oracle goes with Califia Farms Barista Blend almond milk for its use of almonds that are blanched and not roasted, which thereby curtails what McCarthy finds to be a woody, toothpick-like bite to the aftertaste of other almond milk products.

Fall Out Boy’s Hurley was, according to McCarthy, integral to the conception and the development of the business, helping also to craft the brand and aesthetic, secure its location and collaborate on coffee and pastry selection. When Fall Out Boy posted on its social media a note about the opening of Oracle Coffee, the coffee company’s social following literally doubled overnight, and the shop itself is accustomed at this point to the occasional customer visiting primarily out of love for the band, taking photos and buying t-shirts as well as coffee. 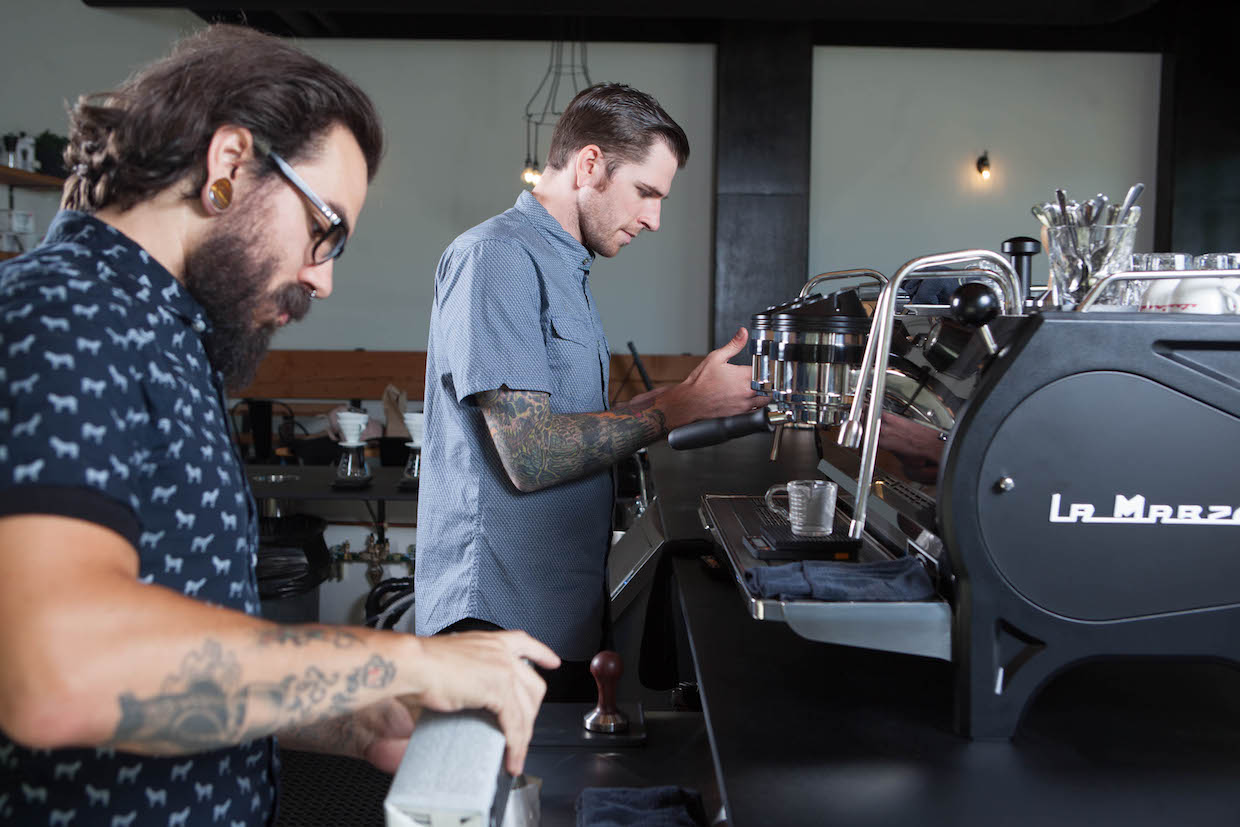 “It’s definitely had a positive impact as far as business goes, and I feel like that’s something we can and should embrace. Being a small business, having any sort of catalyst for getting people through the door is a great thing,” said McCarthy, adding that while Hurley’s busy schedule generally keeps him away and has relegated his involvement to a mainly equity-based position, the drummer does pop in from time to time.

Looking ahead, McCarthy said that as none of the founders have experience roasting, there’s no rush to grow in that direction, although they do hope to expand to an additional location or two within about five years, potentially to include an in-house bakery that opens the door to adding a roastery later.