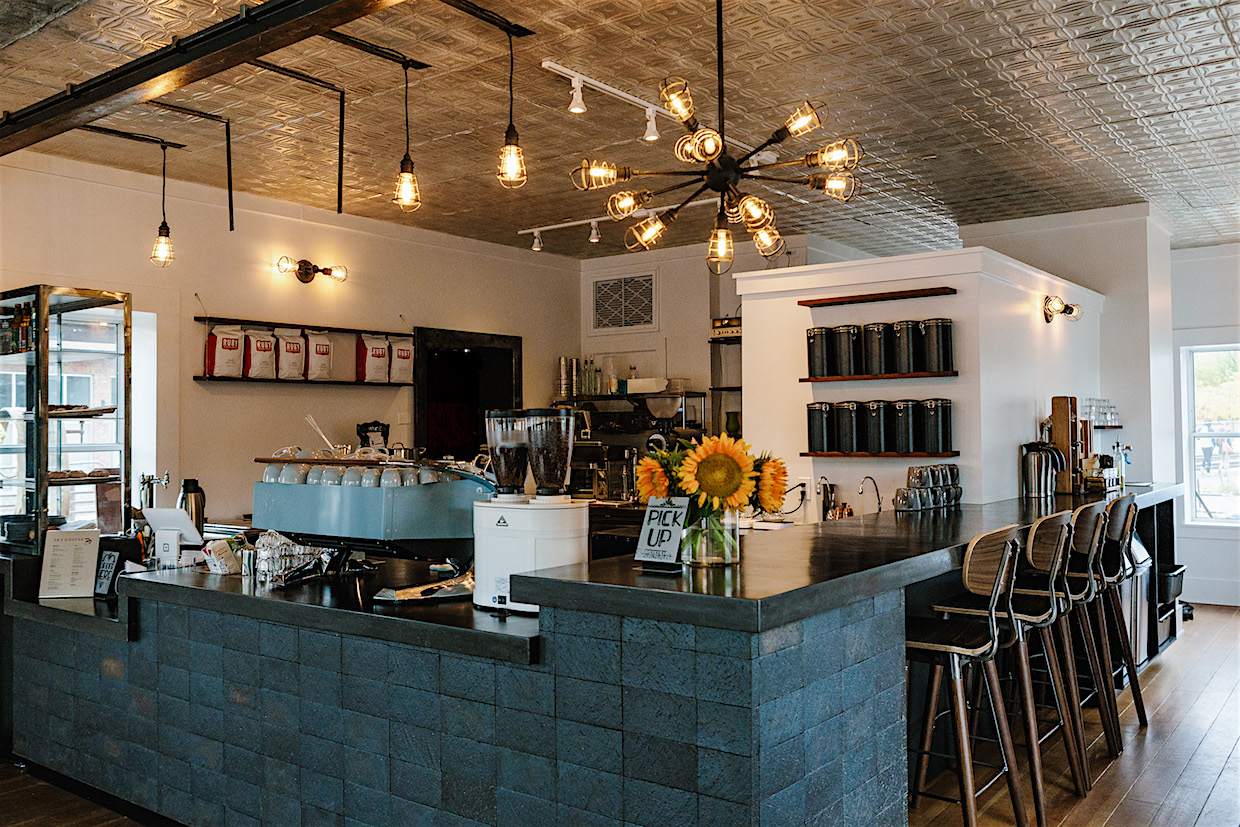 There is a slowly growing number of quality coffee options in Santa Fe, New Mexico, and Bay Area coffee veteran Todd Spitzer has had a hand in a surprising number of the newest and most progressive among them.

Having recently sold Iconik Coffee Roasters, the roasting company he founded about five years ago and that now has two Santa Fe locations of its own, Spitzer is now at the helm of two more Santa Fe projects: the recently opened Sky Coffee, and an adventurous tea, coffee and cuisine spot called Opuntia, slated to open before the end of this year. 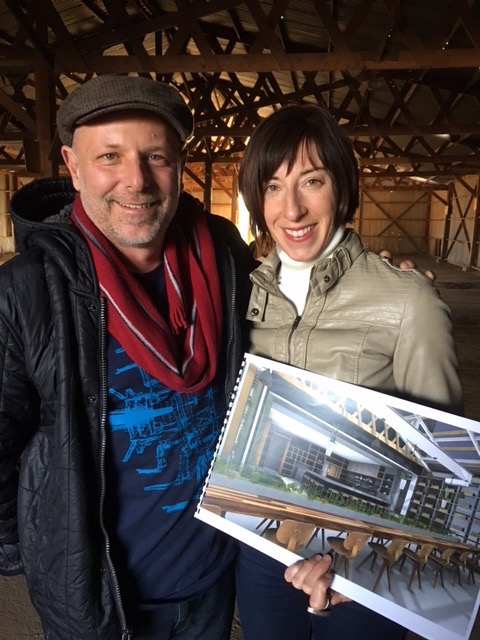 Opuntia, which takes its name from the latin for “prickly pear,” will include a Modbar coffee installation that serves Iconik coffees. Opuntia will feature Samovar teas and a menu of internationally-styled rice bowls lead by acclaimed Santa Fe chef Kim Müller.

Meanwhile, in a compact 800-square-foot space with an additional 2,000-square-foot covered and heated deck, Sky Coffee expands local specialty coffee horizons with a multiroaster coffee program that of course includes offerings by Iconik. 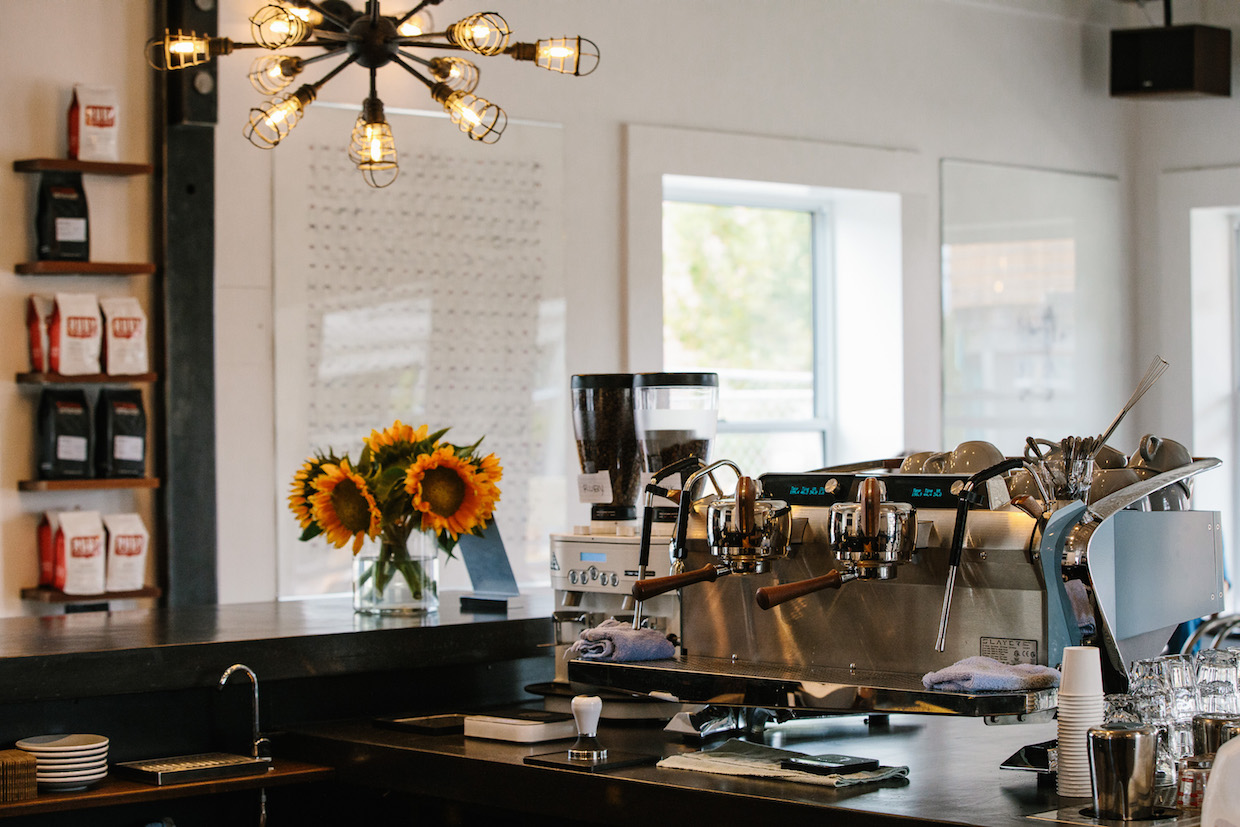 A two-group Slayer espresso machine paired with a Mahlkonig K30 Twin grinder handles espresso, while a Mahlkonig EK43 grinds for Curtis batch brew, French press, and Hario V60 manual brews. Spitzer, who designed and planned the entire café and continues to wear Director of Coffee among other hats, wanted also to include a Mahlkonig Peak grinder in the lineup, but simply ran out of room on the bar.

“It’s kind of fun spending other people’s money,” Spitzer told Daily Coffee News, jokingly. Founding partners for the Sky Coffee project include a local movie theater chain owner and a real estate developer. In addition to the expansive deck, the outdoor portion of Sky Coffee will soon be joined by an actual vintage caboose retired by the Santa Fe Southern Railway, befitting the café that occupies what was originally the railyard welders’ supply building. 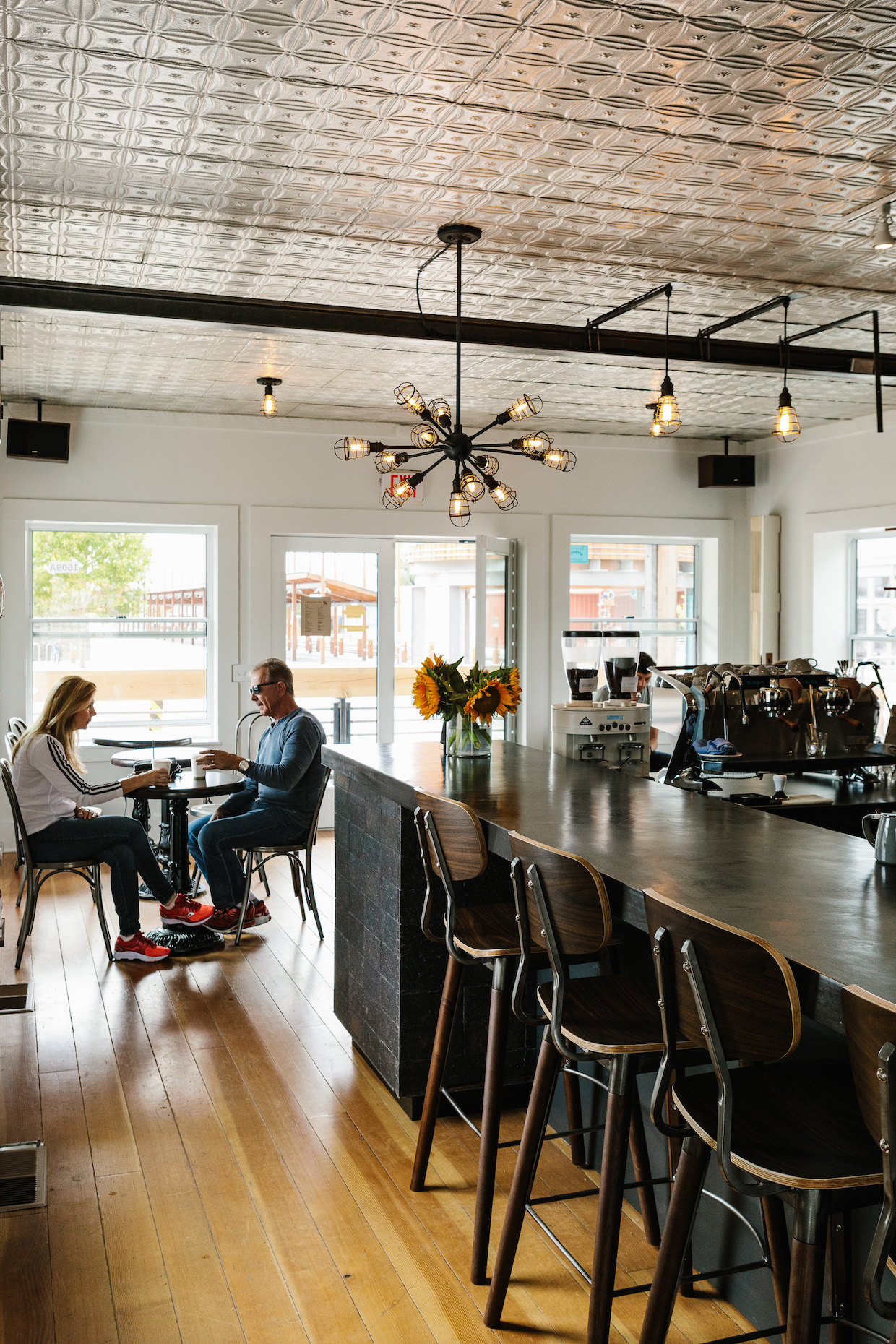 The caboose will be built out to provide seating for another 20 people, with additional seating in a garden to be built between it and the deck. The shop itself is also across the street from a farmer’s market where musical performances regularly occur. “It’s sweet real estate that I could never afford,” said Spitzer, whose time in the San Francisco Bay Area would certainly have taught him a thing or two about pricey real estate.

After having opened and closed his own espresso bar in Oakland called Remedy Coffee that served coffee from San Francisco’s Ritual Coffee Roasters, Spitzer returned to his hometown of Santa Fe and founded Iconik Coffee about five years ago. Iconik continues to roast on a 1929 Otto Swadlo roaster with Cropster integration for area wholesale as well as its own two retail locations. 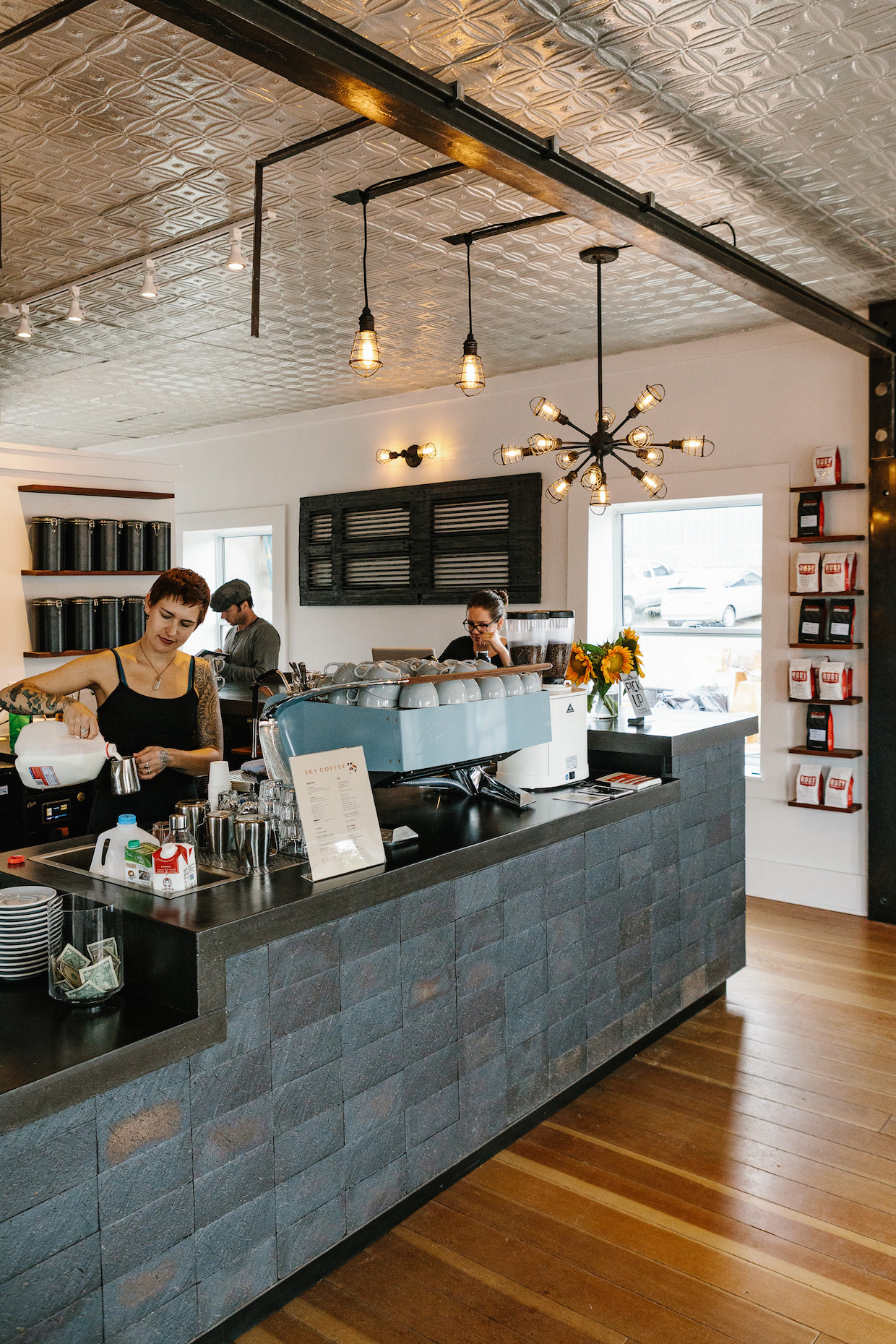 For the coffee program at Sky, Spitzer aims to provide Santa Fe with a well-rounded and ultimately eye-opening variety of experiences by way of beans from Iconik, Wisconsin-based Ruby Coffee Roasters, and former Bay Area compatriots such as Four Barrel Coffee and Sightglass Coffee.

The owners of Sky Coffee were originally considering a roasting company, according to Spitzer, though the coffee veteran recommended they shelve that intention to allow time for a retail venture to gain footing in order to gauge the market first. Spitzer said they will likely revisit the roastery plan about a year from now, if all continues to go well.

(editor’s note: This story has been updated to clarify that Todd Spitzer was not an employee of San Francisco’s Ritual Coffee Roasters.)