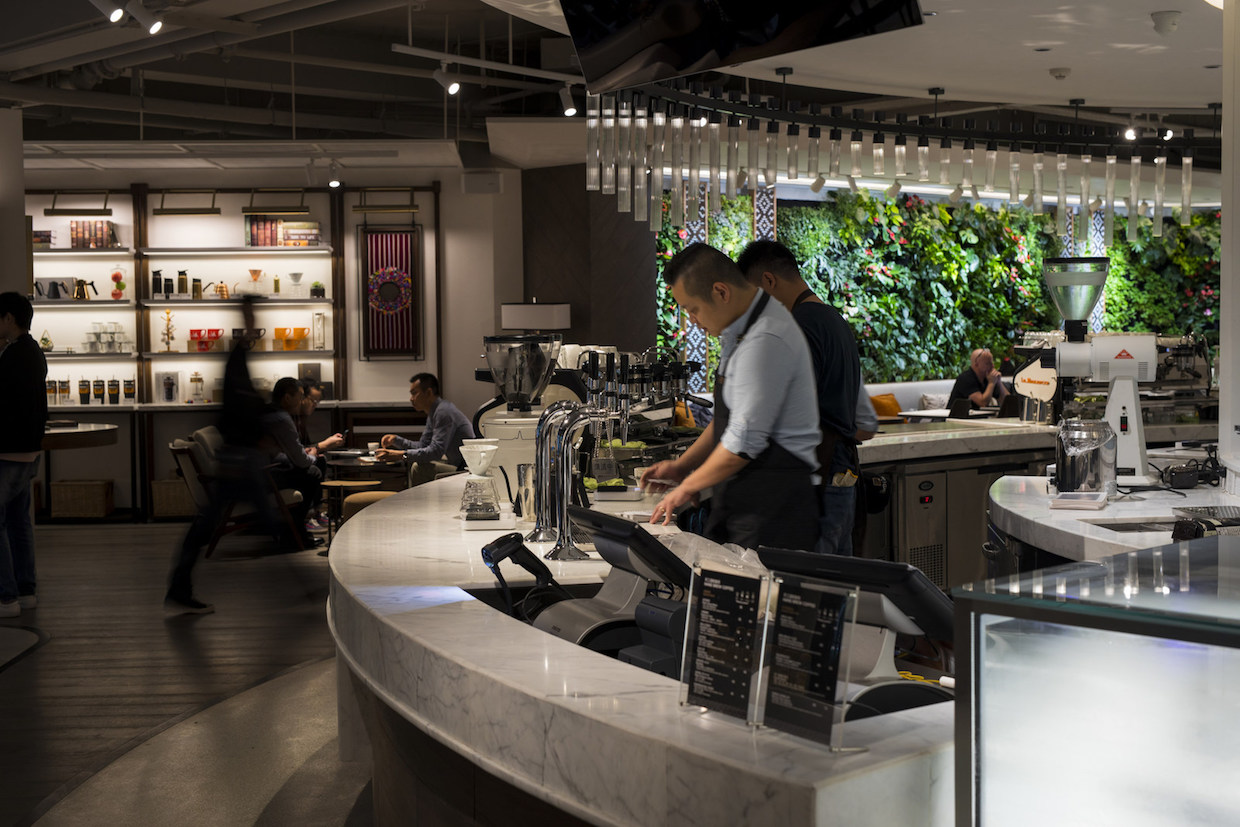 After 51 years in the roasting business while creating one of the largest coffee retail footprints in the United States, Peet’s Coffee has opened its first ever international location, a nearly 4,000-square-foot roastery and flagship cafe in Shanghai, China.

“Entering China underscores how Peet’s has grown systematically since going private in 2012 as the company has delivered consistent, double-digit growth while evolving its omni-channel model comprised of several super premium brands, product formats, and geographies,” Peet’s Coffee COO Shawn Conway, who now also site on the Peet’s Coffee China board of directors, said in a company announcement yesterday. “Expanding internationally is a natural progression of our United States success and Peet’s recognizes that China is a fast-growing market with a flourishing base of coffee lovers seeking distinctive experiences.”

Following an apprentice program with Peet’s Head Roaster John Niccolini at Peet’s production headquarters in Alameda, California, roasters at the Shanghai facility will be using Probat roasting machines installed on-site to create many of the company’s blends that have been well established in the U.S. market, including Major Dickason’s, Big Bang, Espresso Forte, and others.

The company says that 12 coffees will be available at any given time, brewed within 28 days of roasting at the semi-circular bar. The retail area includes traditional espresso setups for Peet’s custom menu, as well as a “discovery bar,” where tasting flights, courses and custom cups will be led by the company’s baristas and roasters.

“We are excited to bring Peet’s wonderful tradition of premium craft coffees to China,” said said Lei Zhang, Chairman and CEO of Hillhouse Capital, which currently handles some US$30 billion in assets, primarily in Asia. “We believe Chinese consumers deserve the highest quality products and Peet’s offers this in the form of some of the best coffee in the world.”

Peet’s had at least one retail store and cafe located in Tokyo in the late 1990’s / early 2000’s. It was located on Aoyama-dori in the high-end Aoyama/Omotesando area of Tokyo. We went there when will living in Tokyo. There may have been more than one location in Tokyo. Apparently Peet’s decided to close the Tokyo locations around 2003. So the Shanghai Peet’s is not the first international Peet’s outlet. You look it up on Google.

From May to August 2002, Peet’s had opened three (3) retail stores in Tokyo. The office managing “Peet’s Japan” was opened in Yokohama in Sept 2001 (beside Shin-Yokohama station). I was involved in opening Peet’s Japan then, managed Peet’s flagship store in Aoyama Tokyo (mentioned above by Matthew Armour); Peet’s Japan was advertized across the Japanese media such as in the July 2002 issue of “Takarajima” magazine (number 561).

As fate would have it, I currently live within walking distance to Peet’s first shop in Shanghai.