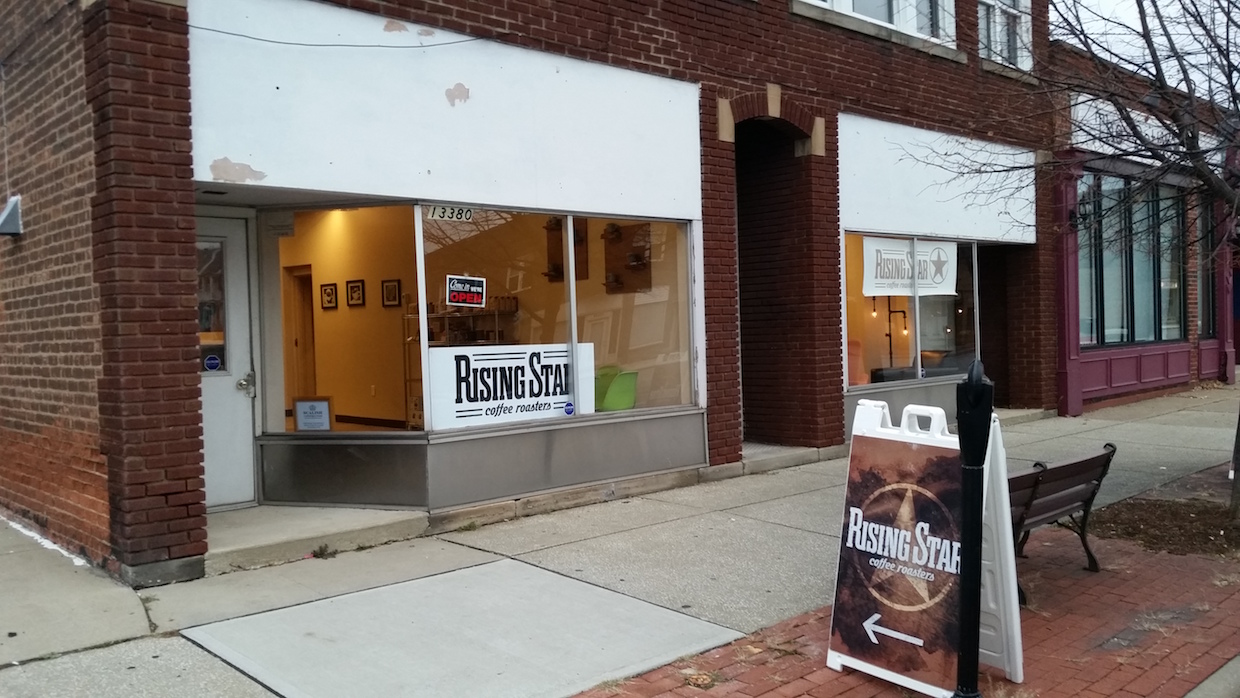 Well over a year ago, Robert Stockham was cruising down Madison Avenue in Lakewood, Ohio, scanning each storefront to find the right spot for his new cafe. This would be the first non-Cleveland location for Rising Star Coffee Roasters, founded in a garage in 2010 by retired rocket scientist Gary “Kim” Jenkins. Stockham has been Rising Star’s general manager for the past three years.

“This area of Lakewood was underdeveloped and it’s getting a lot of traction now,” said Stockham, who officially opened Rising Star’s fourth permanent location earlier this month at 13368 Madison Ave. after running a yearlong pop-up shop. “The city has a storefront renovation program, so anything you do on the outside there’s reimbursement for some of that.”

With Rising Star’s well-established roastery and cafe in a former Ohio City fire station, as well as retail outlets in Hingetown, Little Italy and downtown Cleveland, Stockham knew the the suburbs presented opportunities for strategic expansion, but he also knew the space had to be right. 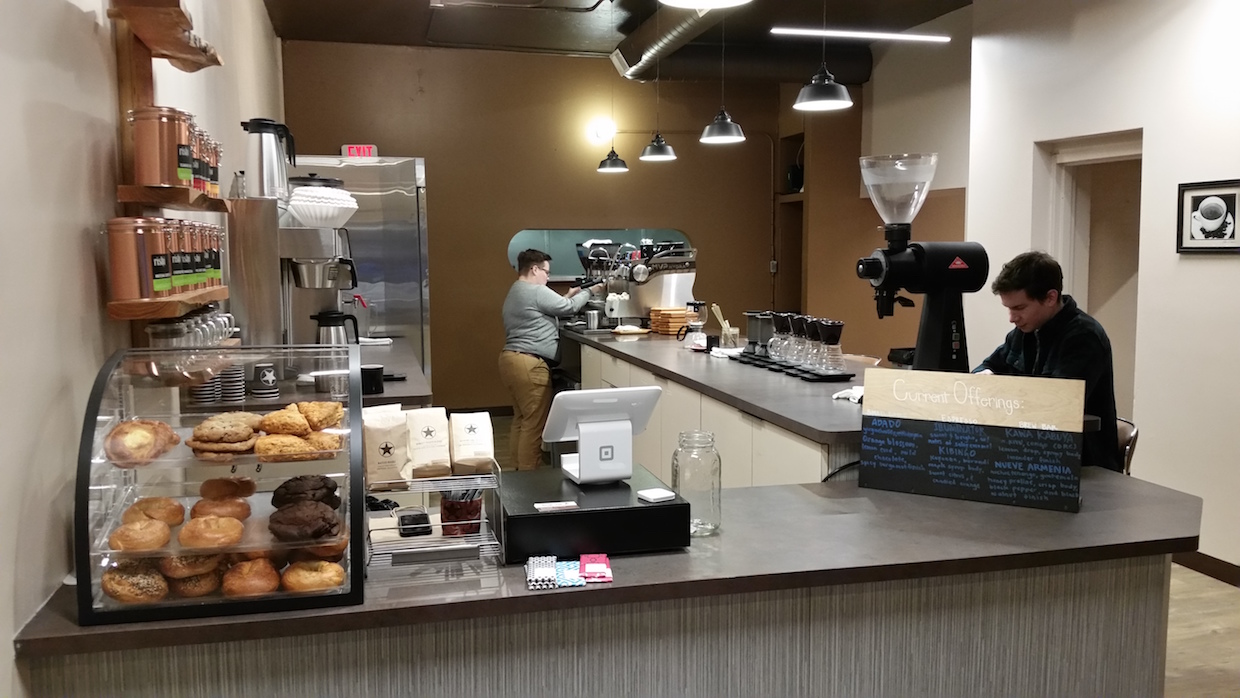 As it turned out, the BottleHouse Brewery and Meadery — with whom Rising Star had collaborated for a milk stout featuring an Ethiopia Yirgacheffe —  had purchased more space than it needed and was looking for a morning tenant.

“As soon as we decided to move forward in Lakewood, we wanted to start building an audience,” said Stockham. “The smart thing was to do a pop-up. It made sense — they had already passed the health department. We just added a water tower and did pourovers on the bar.”

Rising Star has both pushed and ridden the Cleveland coffee wave since the roastery’s founding by Jenkins, who engineered his first roaster using a gas grill and a drum. Jenkins eventually bought a 5-kilo Ambex, which is still going strong next to a newer, 35-kilo Ambex. Rising Star roasts 40 hours a week under the direction of head roaster Jarrod Scholl. 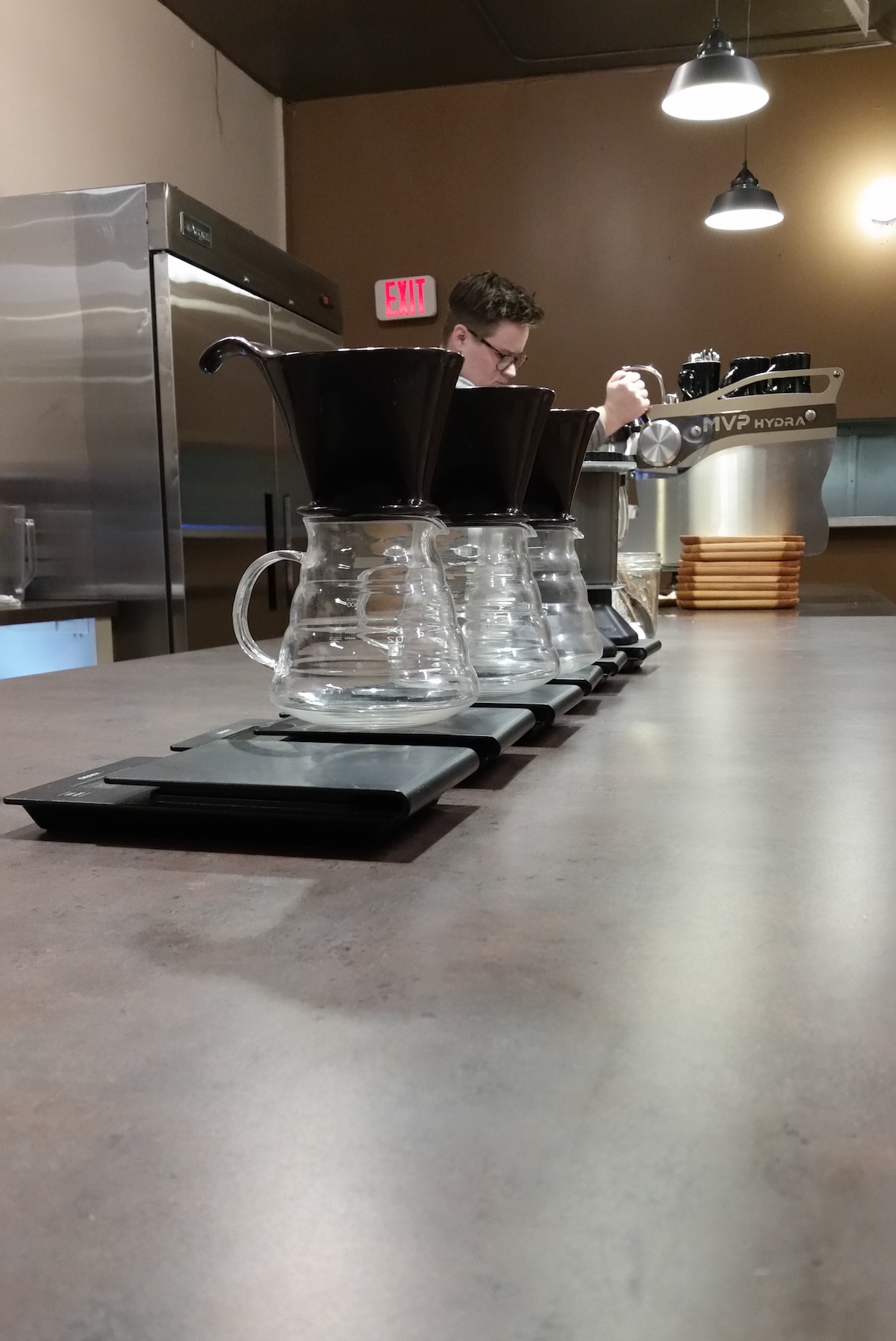 Jenkins collected wholesale customers, but the first cafe didn’t open until 2012. The goal, Stockham said, was to show people “how good the coffee can be.” Since then, Rising Star has opened shops at a brisk pace, including two pop-ups last year (unlike Lakewood, the pop-up in Tremont has closed). The company also moved to a larger warehouse space in a former meat processing facility called the Hildebrandt Building.

Rising Star’s packaging will soon change to reflect that growth, going from a simple brown bag — each of which used to require six different stamps, Stockham said — to a sleeker contemporary look.

Stockham said Rising Star’s philosophy is to buy “the best coffee we can afford that we think we can sell.”

“You can’t run a whole business on $50 a pound Geisha, at least not in Cleveland,” Stockham said. “We roast to bring out the sweetness of the beans so our coffee has a sweeter profile.”

Rising Star does only one coffee as a dark roast, a Sumatra. Brandon Riggs, Rising Star’s coffee director, said he works with Ally Coffee, Crop to Cup, Trabocca and Caravela Coffee for greens.

“We want to make great coffee accessible to anyone,” Riggs told Daily Coffee News. “That guides my job. I am evaluating new Brazils right now… I found some great coffees from single producers that I’m excited about.” 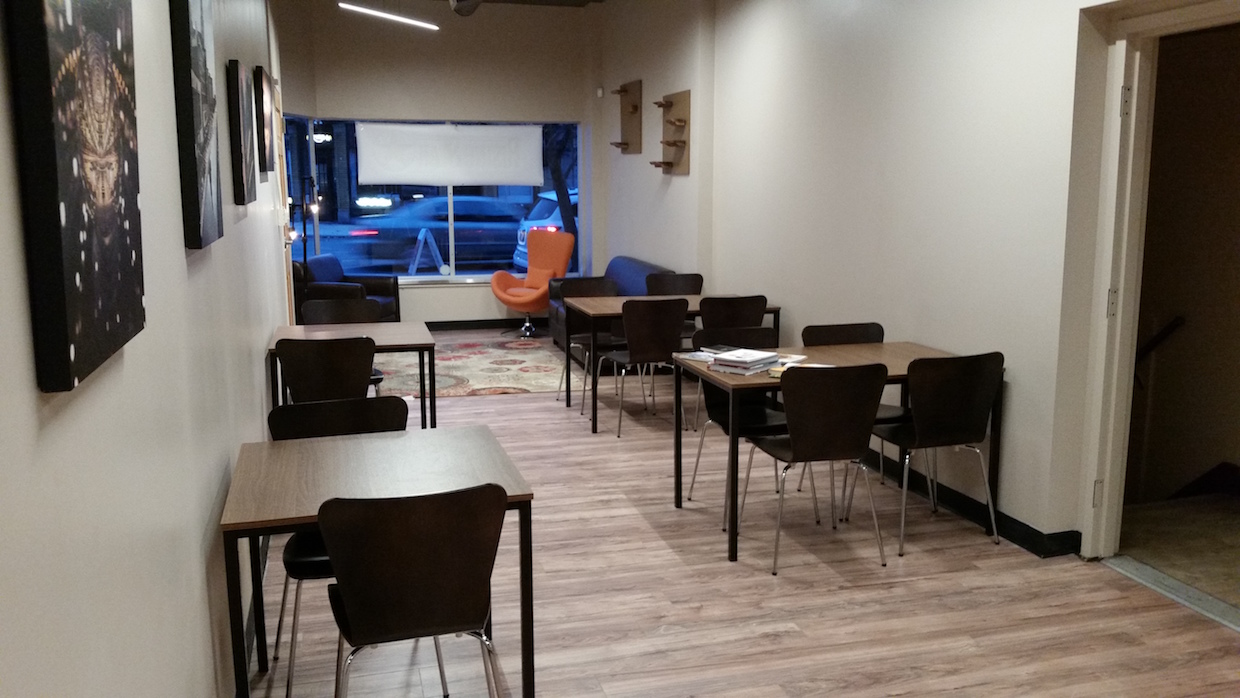 As the Lakewood cafe prepared to open its doors, Riggs was tasting some new Guatemalas he wants to bring in after the first of the year. The roaster also currently stocks two honey-process Nicaraguas, the most expensive coffee Rising Star has ever bought, according to Riggs. One is a Finca Idealista from Matagalpa; the other is from Don Rogers’ farm in La Mercedes. Both retail for $33 per pound and are said to contain sweet notes, like fruit punch, sweet pepper and mango.

“As a team we make the decision whether we want more sweetness or acidity,” said Riggs. “Sometimes that’s easy, but I have a new Panama that took me a solid two weeks to figure out exactly how I wanted it roasted.”

Coming next summer for Rising Star is a new kiosk in a food hall within the Van Aken project in Shaker Heights. As for Riggs, he’d like to see more sharing of knowledge in Cleveland’s growing coffee scene, especially among roasters and retailers who are collectively helping to push quality in Cleveland.

“I would form some sort of coffee roasting gathering with all the roasters in northeast Ohio, so we can discuss where specialty coffee’s going, our challenges and roasting philosophy, Riggs said, adding, “It’s an exciting time to be here.”