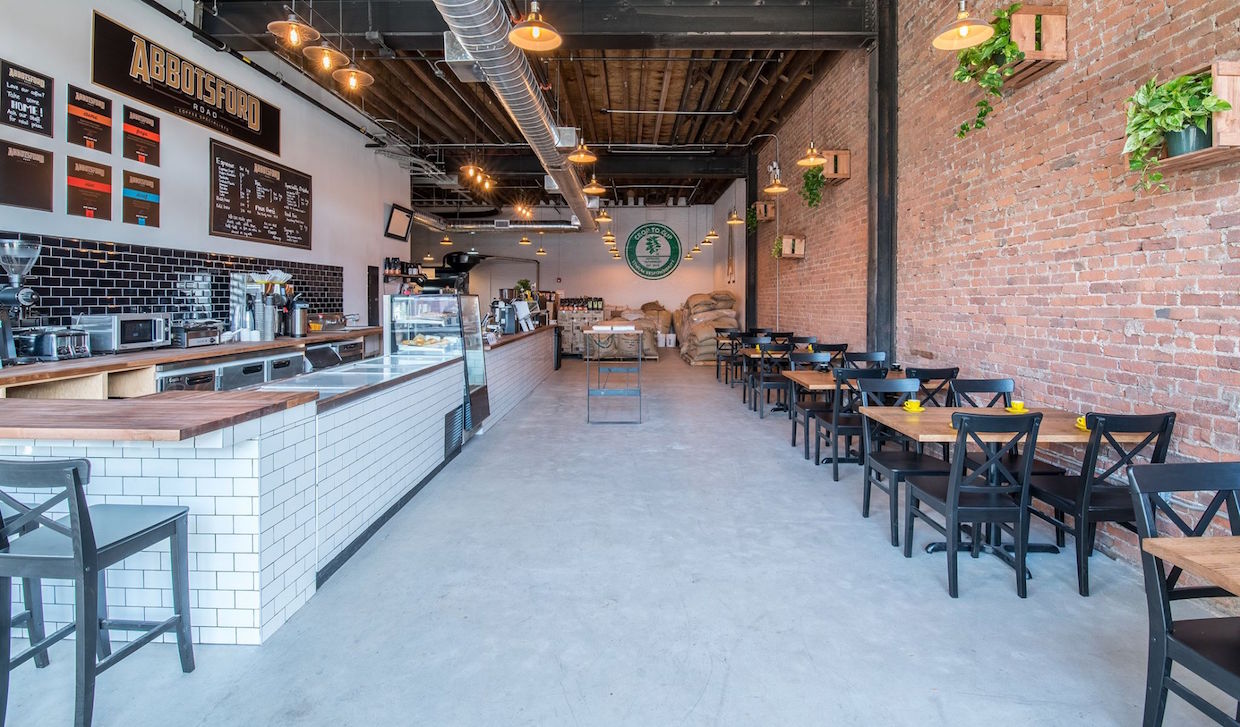 The light-filled, high-ceilinged  2,700-square-foot facility includes seating for approximately 40 guests, while a IMT roaster, sacks of green coffee and an education space are in full view of patrons, driving home the “crop to cup” concept promoted by the brand. The “crop to cup” logo along the back wall — which is not associated with the Brooklyn-based import company Crop to Cup Coffee Importers — is part of Di Bella’s own green coffee sourcing program. 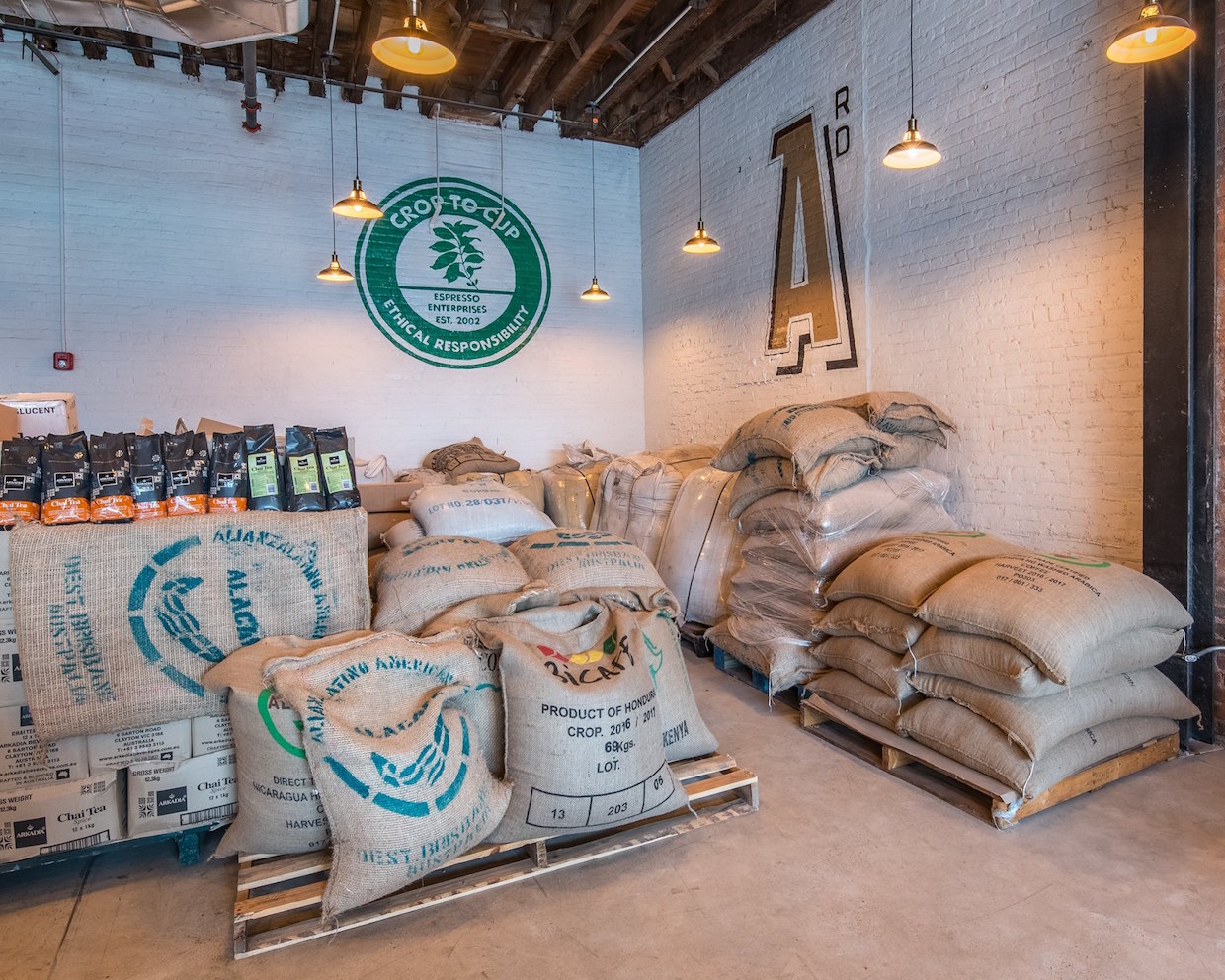 Di Bella, who launched Di Bella Coffee in 2002 before the company was acquired by Australian foodservice giant Retail Food Group in 2014, is joined in the venture by fellow Australian coffee veteran Logan Kedwell, who is acting as director of sales and business development.

The company is pitching the café not only as a retail destination, but also as a comprehensive wholesale service and education facility for prospective clients throughout New York and beyond. Di Bella is one of three principals of the Melbourne-based green coffee import and trading company International Coffee Traders, giving Abbotsford Road a direct line to a wide selection of greens. The company intends to hold “industry nights,” during which Di Bella himself will lead master classes covering a range of coffee topics. 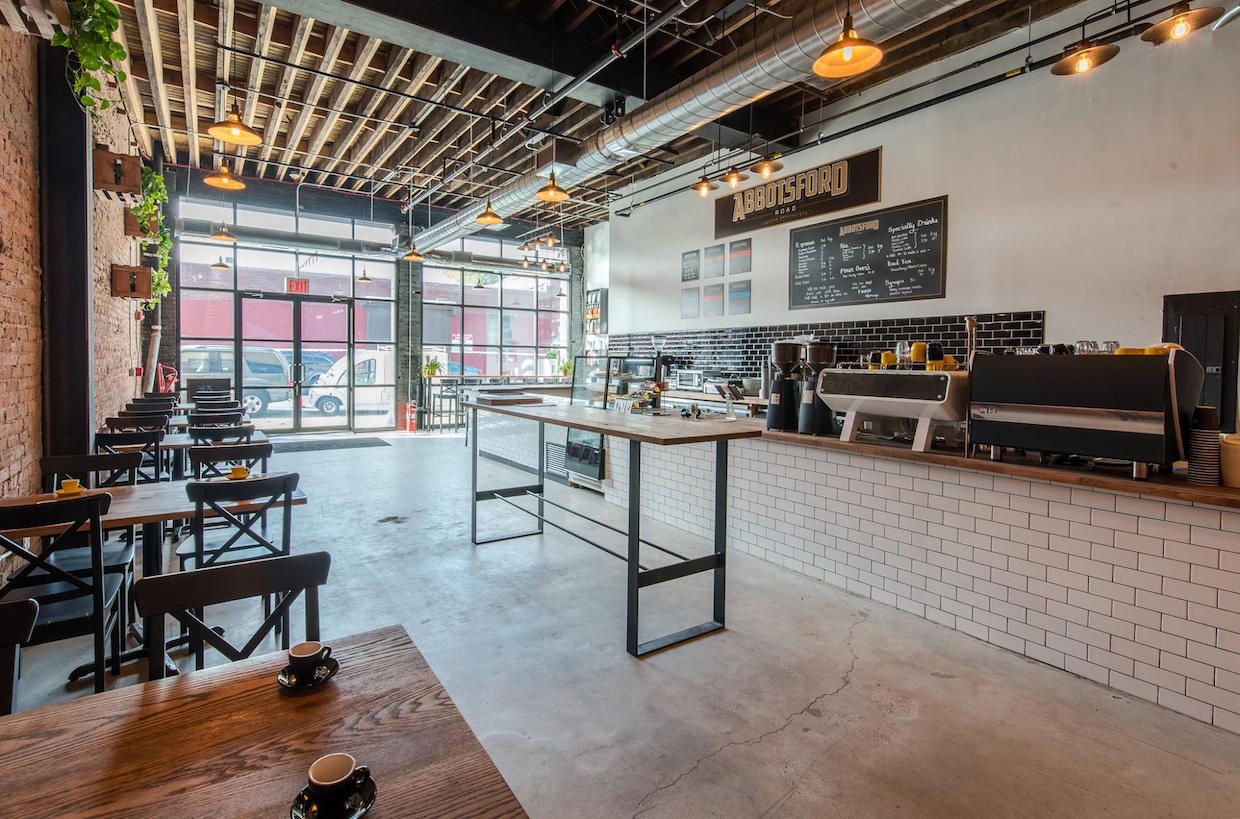 AR also intends to run educational programs for consumers. The shop is launching with three ongoing coffee blends, plus a single-origin coffee program in which customers can dictate the roast levels.

“The coffee itself is informed by the company’s prevailing ethos that coffee culture need not be esoteric, snobby or complex,” the AR team said in an announcement of the opening. “While it’s true that certain beans taste best with specific brewing methods, the three signature blends available at launch maintain flavor regardless of the brewing style and machine used.” 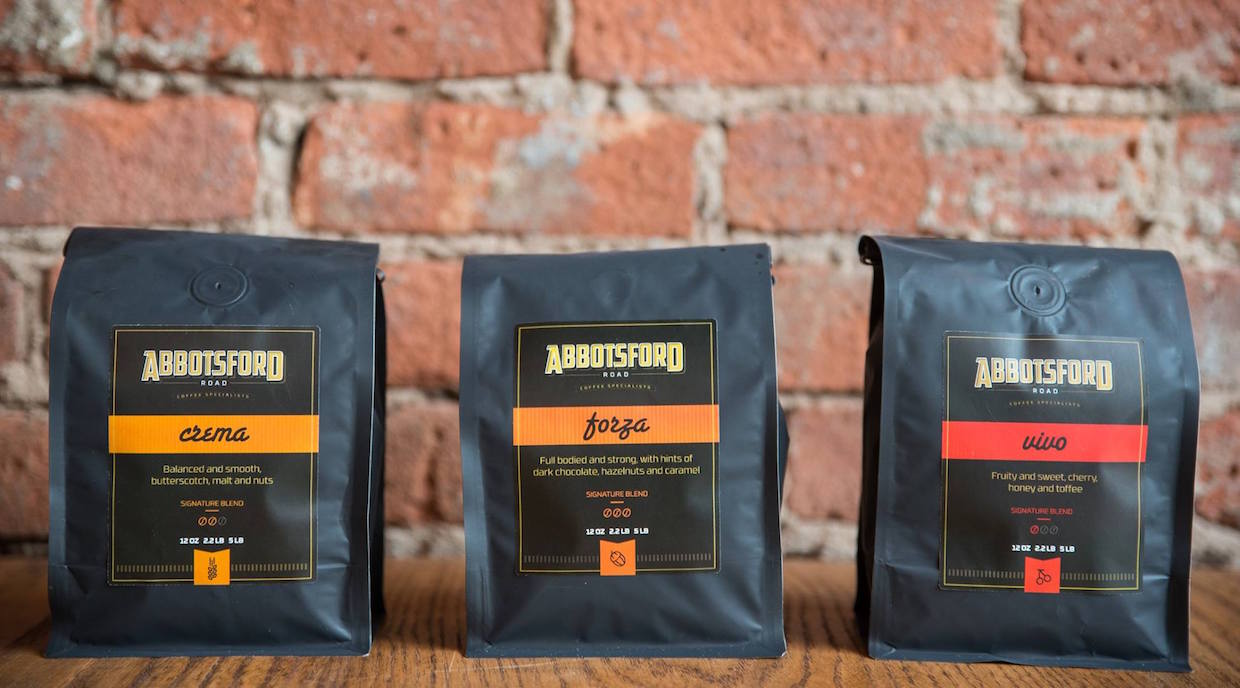 (Editor’s note: An earlier version of this story incorrectly stated that Abbotsford Road was using a Probat roaster.)