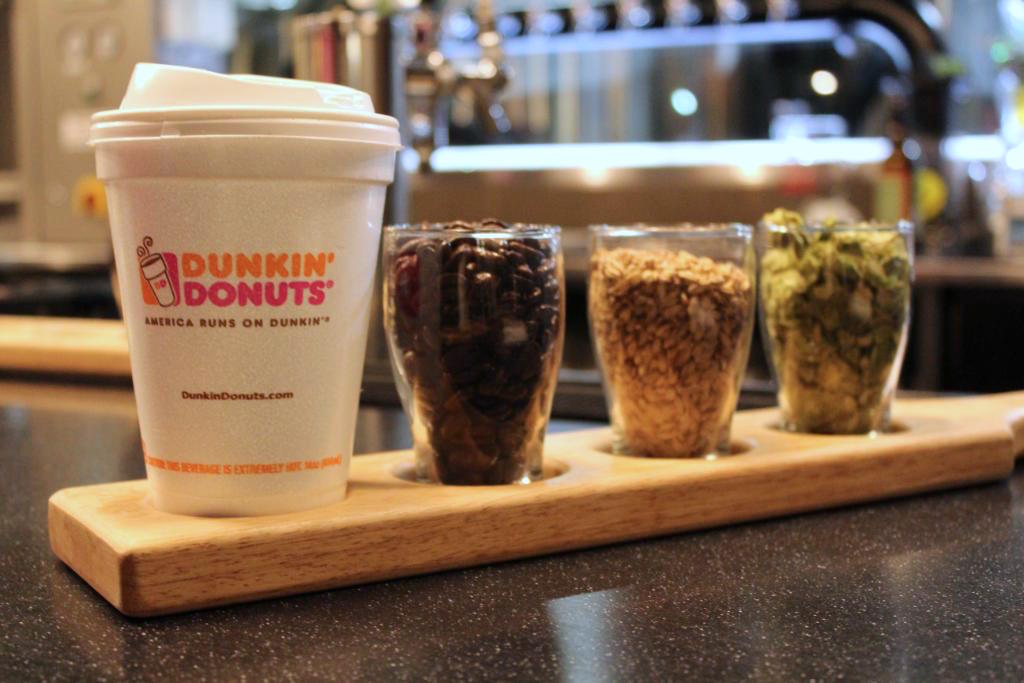 Though it hasn’t spun off an upscale roasting brand featuring rare single-origin offerings or launched new retail spaces that theatrically engage consumers in the production of roasted and meticulously brewed coffee, Dunkin’ Donuts has been tapping into the craft segment in its own way, collaborating with local breweries for limited-release beers.

DD’s first beer collaboration was with North Carolina-based Catawba Brewing Company for the Dunkin’ Punkin’ Brown Ale, including 60 kegs of the beer that incorporated DD’s cold brew and flavoring agents released in conjunction with National Coffee Day this past fall.

“Craft coffee is at the core of our business so we like to brew up something for National Coffee Day that really delights our customers. That’s when we hatched an out-of-the-cup idea – combine craft coffee and craft beer — the perfect pair,” Meaghan Duff, DD field marketing manager in North Carolina and South Carolina said at the time. “To give it the local flare, we partnered with an established, family-owned brewery with a mission that caught our attention — create unique, small batch beers inspired by our communities and lifestyle.”

The coffee behemoth has since lent its name to a second local collaboration, this time with Worcester, Massachusetts-based Wormtown Brewery. Featuring DD’s dark roast — a profile the company unveiled in 2014 — the DDark Roasted Brew is a stout syle beer that the company says offers a “full-roasted coffee flavor reminiscent of freshly-ground beans with a creamy mouthfeel.”

The beer is being released at the Wormtown brewery with a ceremonial keg tapping on Dec. 21 to celebrate the “darkest day of the year,” according to a DD announcement today, while local DD franchise owner Rob Branca and Wormtown will be donating $11,500 to a local food bank.

A stout with a coffee blend sourced from origins unknown to consumers may not represent the cutting edge in craft-centric roastery and brewery collaborations, yet it is nonetheless interesting to see a company with a consumer base as huge as DDs dunking its toes into the beer world while throwing around words like craft, local and small-batch.

what a crock….I can’t believe they consider their coffee “craft coffee”