The New SteepShot Brewer From Norway Handles the Pressure 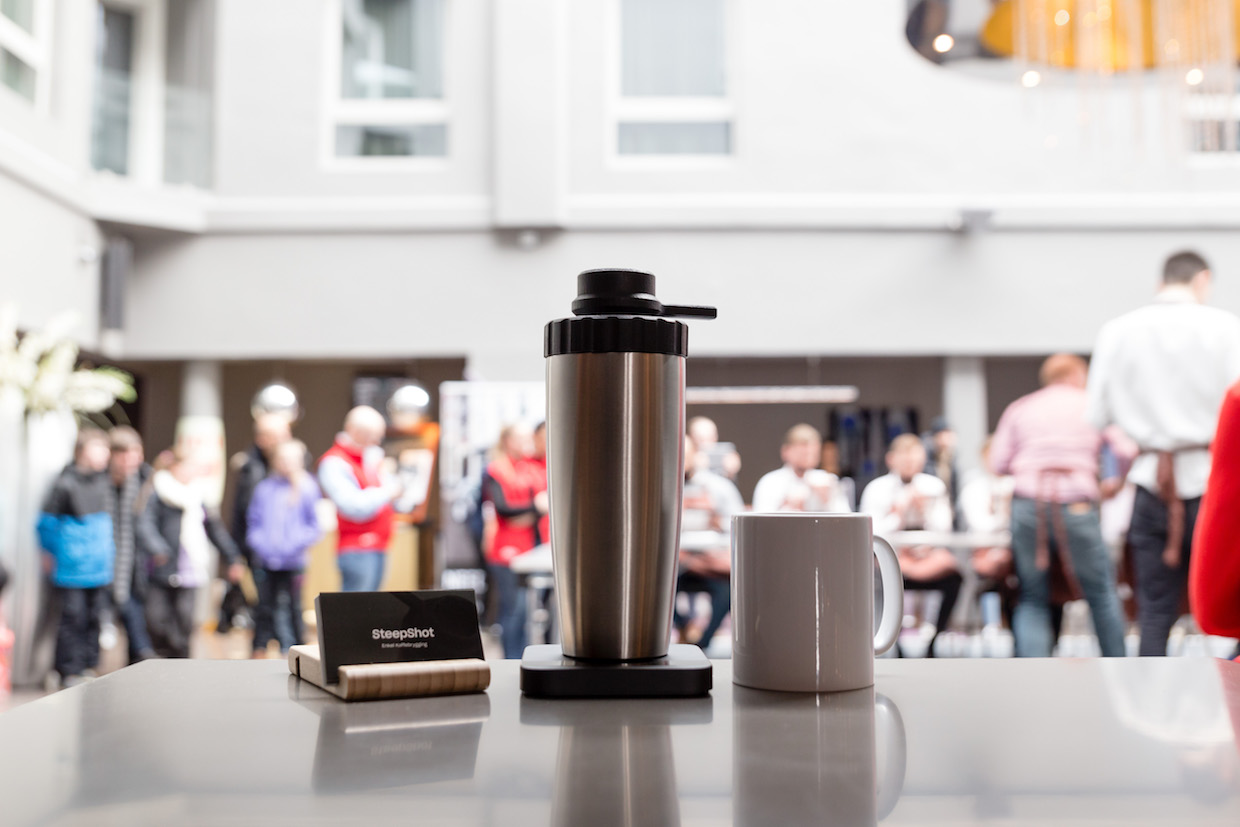 The SteepShot coffee brewer and mug. All images courtesy of SteepShot.

A Norwegian startup has engineered a clever new brewer called the SteepShot that harnesses the power of what might otherwise be considered a coffee-related nuisance: The pressure that builds inside a sealed mug of hot liquid.

Anyone who’s carried a fresh, hot cup of joe in a well-sealed travel mug is likely familiar with the phenomenon of the pressurization that occurs — pressure that tends to reveal itself with a messy sputter upon opening the container, or even worse, in a spontaneous rupture inside a bag or on a car seat. The SteepShot takes advantage of this previously pesky bit of physics by moving it back a step in the coffee experience, applying that pressure to the brewing process. 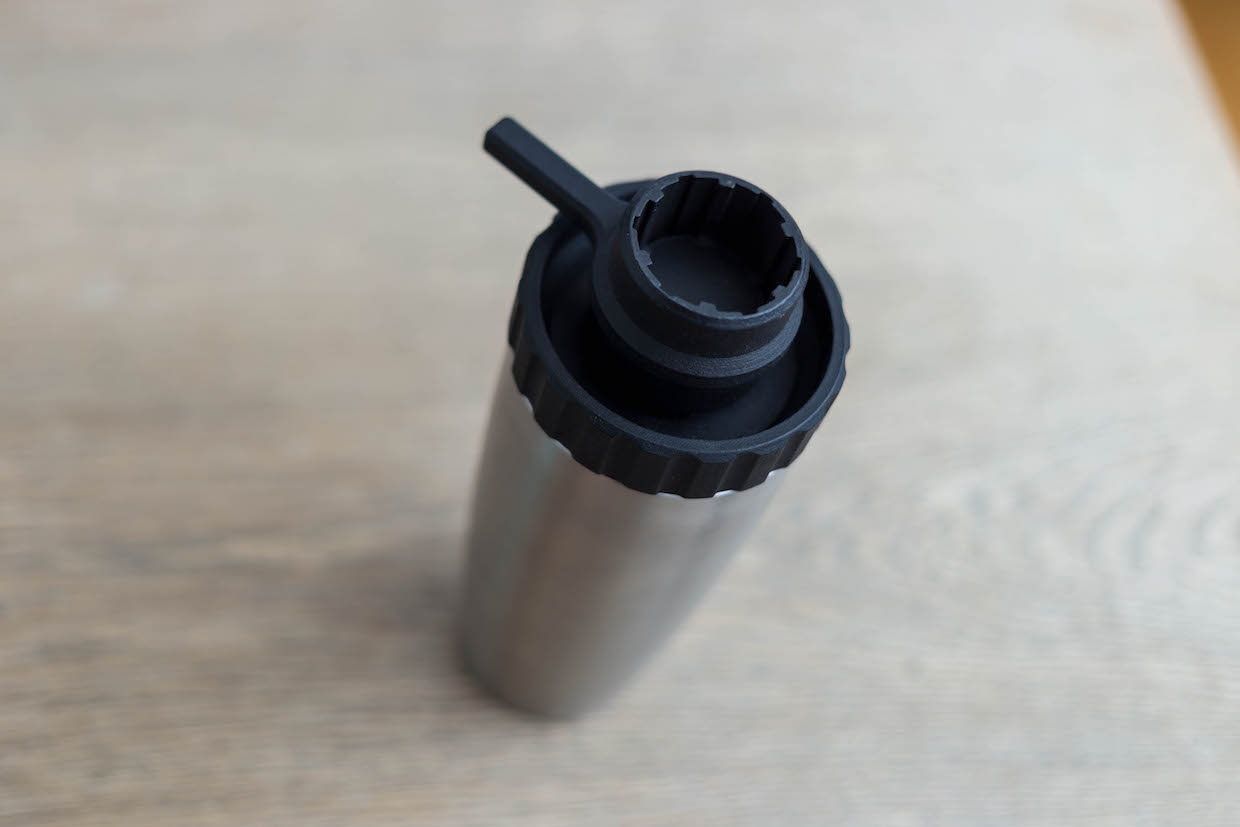 The forehead-slappingly simple device encourages users to combine fresh grounds and hot water in an insulated steel tumbler and screw on the lid to seal it shut. The lid holds any Aeropress-compatible metal or paper filter. Heat from the mixture causes the trapped air to expand, applying pressure to the brew. Upon twisting open a valve built into the lid, the same pressure then pushes the finished coffee in a gush through filter and straight into a cup.

The pressure both quickens the brewing process and alters the cup character, resulting in a drink that SteepShot inventor Ari Halonen describes as reminiscent of Aeropress. Halonen also referred to feedback he’d received from 2015 World Brewers Cup Champion Odd-Steinar Tøllefsen, who said that with a fine grind, metal filter and fast extraction time, the full-bodied coffee with “heavy flavors and complexity” yielded by the SteepShot falls somewhere between that of Aeropress, French press and Bialetti-style stovetop moka-pot brew. 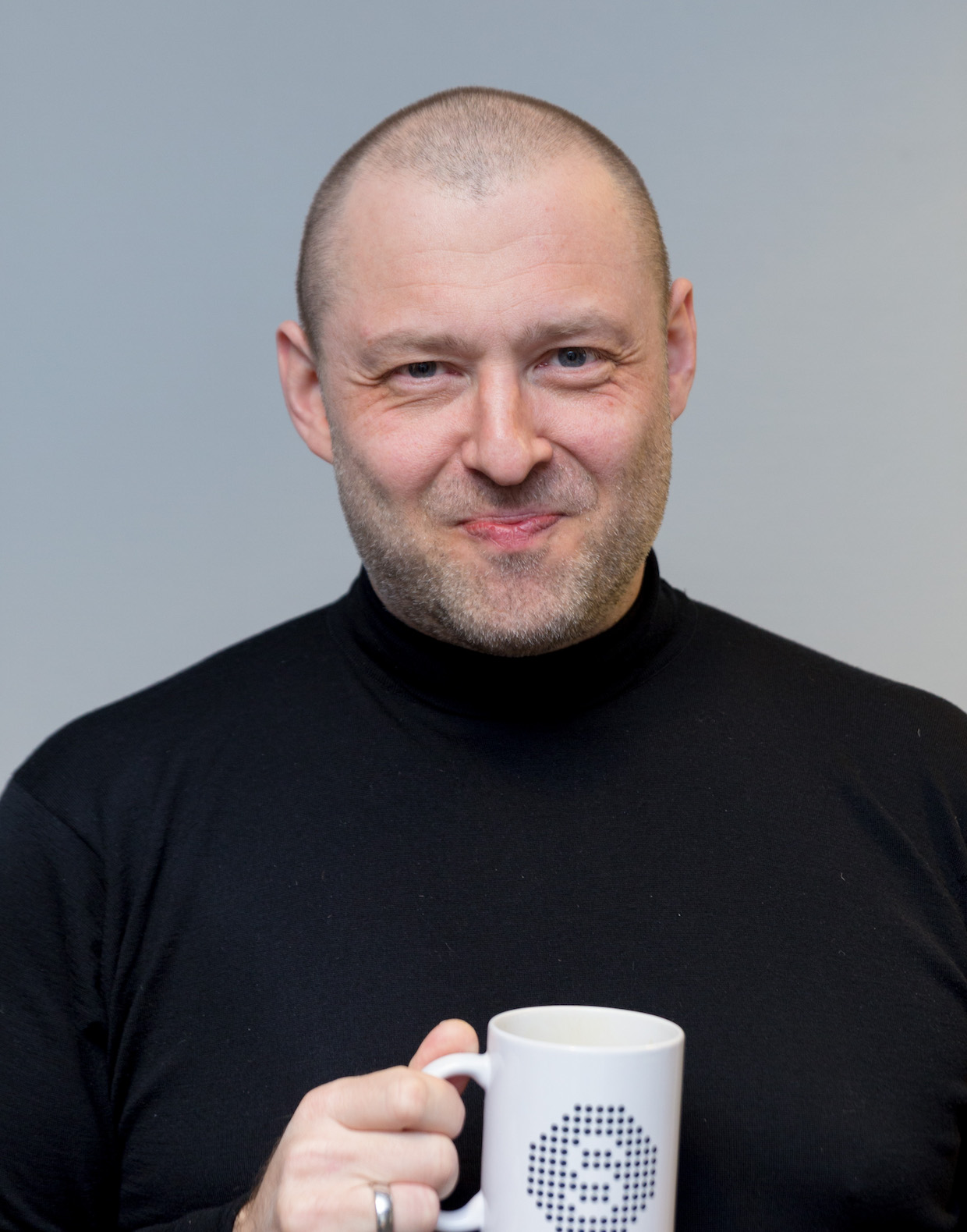 “SteepShot is just a simple idea to add to the myriad of brewing possibilities that are out there,” Halonen told Daily Coffee News of the product, which also has the full endorsement of Norwegian roaster Tim Wendelboe, who features prominently in SteepShot promotional videos. “In a way, you can say that it is unique in that no other brewer utilizes pressure in this way to both brew and extract in such a short amount of time, but it’s not a revolutionary device. It’s simple, fast and convenient and it makes good coffee.”

Halonen said that shaking or swirling during the brew makes little difference, and that preheating also has little effect. The most significant factor beyond the basics of bean, roast, dose, grind, water temperature and time, is ambient air temperature. Said Halonen, “If you brew with SteepShot outside in cold weather, the pressure will be higher and the brewer will shoot out the coffee even faster, simply because cold air will expand more when heated by the hot water.”

The fastest Halonen said he’s been able to brew a well-extracted cup of coffee is roughly 15 seconds. “I dialed my Baratza Forté BG down to 1H to achieve this,” Halonen said of the brew, which he measured as having 19.2 percent TDS.

All the liquid is expelled upon opening the valve, leaving behind only moist grinds. With 200 grams of water added to the brewer, a finished brew will weigh an average 180 grams, with roughly 10 percent of water absorbed by the grounds. Halonen said that after the current version of the SteepShot reaches the market, a larger SteepShot will likely follow. The original prototype of the brewer involved a 1.2-liter container that yielded 600 grams of finished brew. 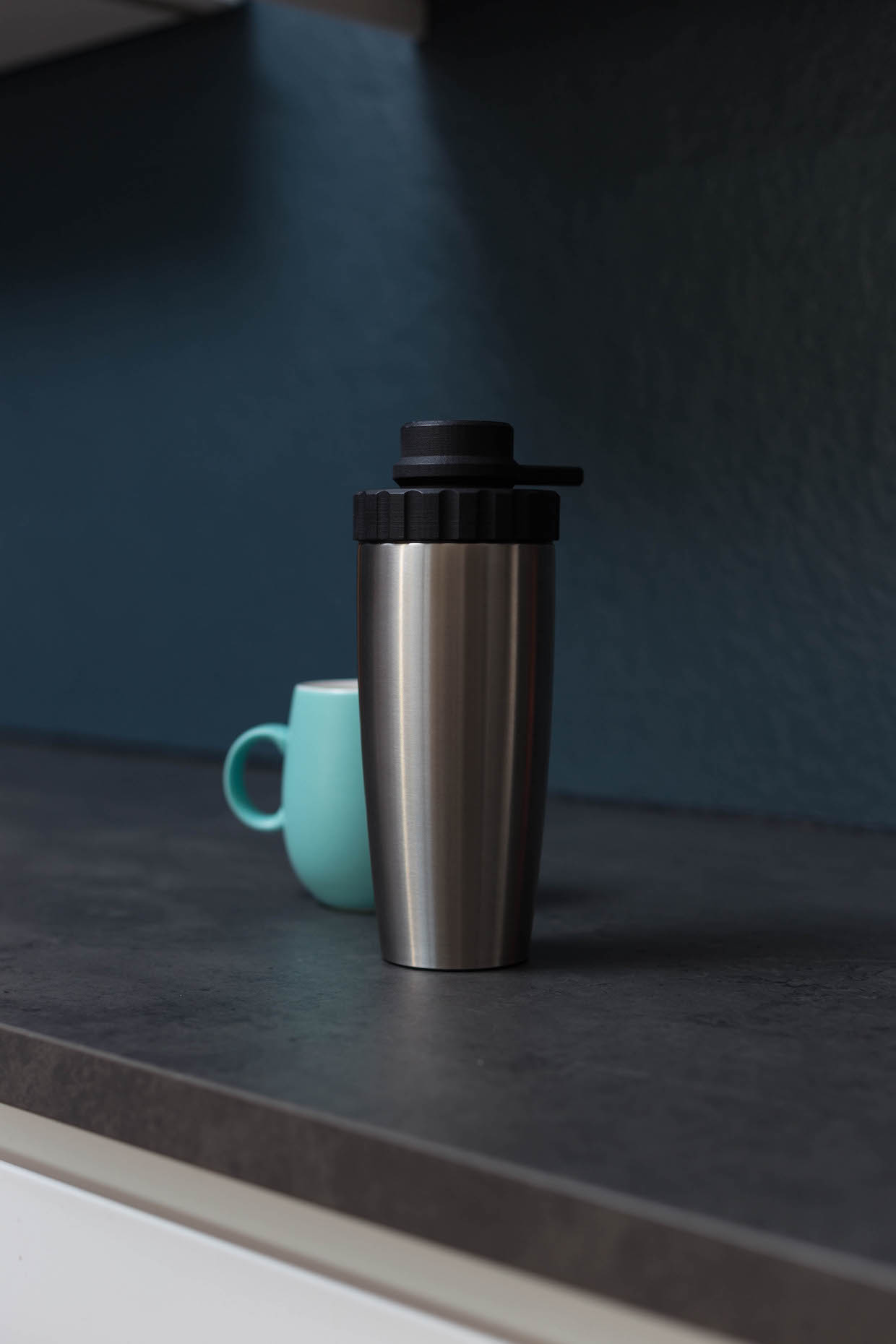 “To be honest, I really don’t know the maximum limitation,” Halonen said of future batch brewer size.  “The details of this are a definite work in progress. For me it is important to keep the design as simple as possible.”

As it stands, the SteepShot has gathered more than $42,000 in a successful Kickstarter campaign, with a week of fundraising yet to go. Halonen foresees retail availability of the SteepShot in the United States by Fall 2018 if all goes well, carrying a retail price of 900 kr, or approximately $115 USD as of this writing.