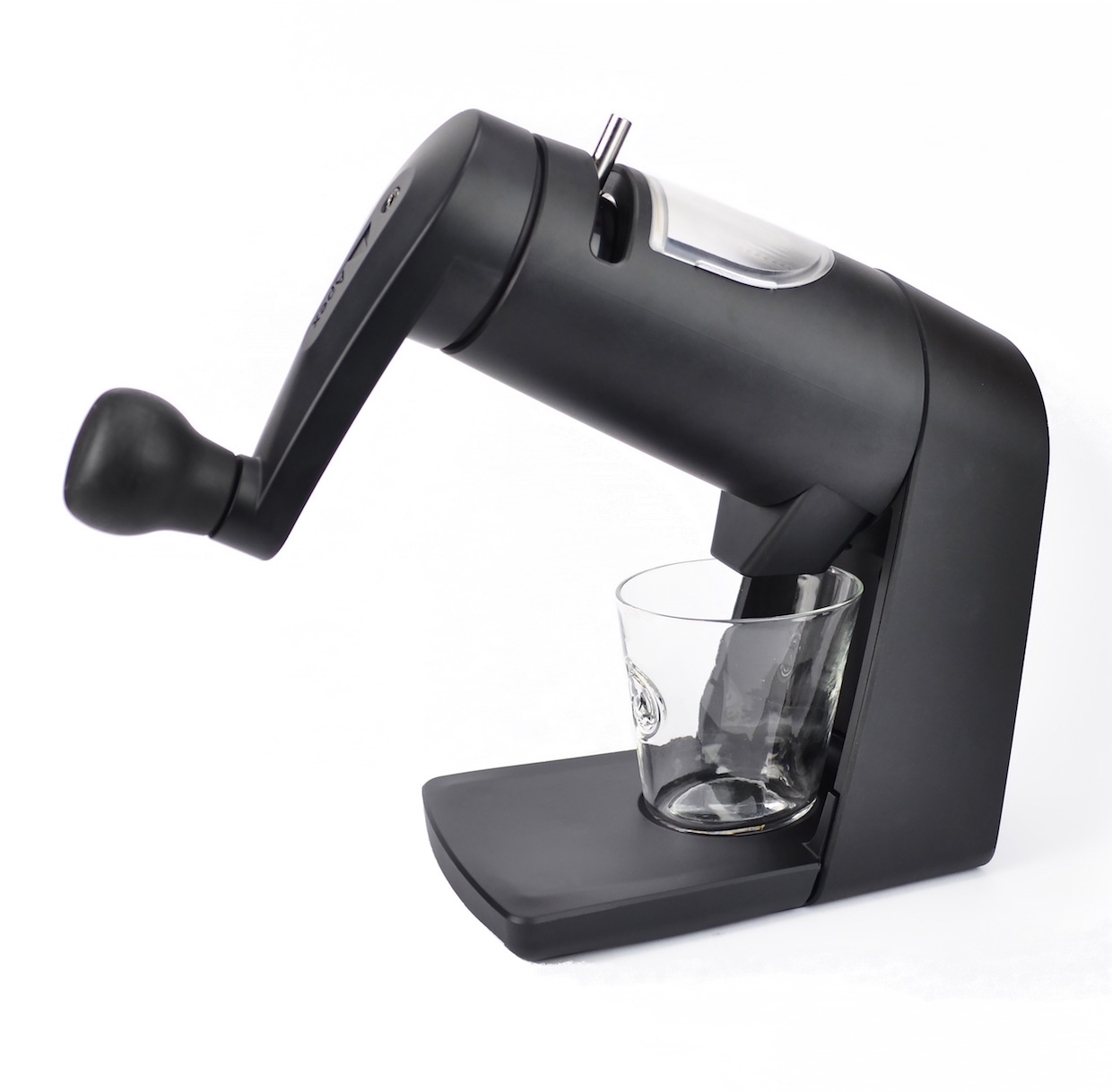 As spooky as it sounds, and for as obscure as it is in the United States’ coffee scene, the flat, knobby grinding disc known as a “ghost” or “ghost-toothed” burr is a relatively popular component within many larger bulk coffee grinders and a few smaller, more recent designs on Asian markets.

Grindmaster-Cecilware is probably the most prominent brand among the few to offer ghost-burr-equipped machinery in the U.S. market, whereas overseas such brands as Fuji Royal, Kalita, Feima, and some copycats have ghosts in their machines.

However, the time may be coming for wider embrace and study of the ghost burr, as pioneering Idaho-based manual grinder manufacturer Orphan Espresso, maker of the Lido line, is currently breaking new ground with its development of the Apex Grinder, a manual countertop grinder that centers on the stubby-toothed grinding plates that it contends perform excellently for all methods coarser than espresso.

Orphan Espresso Co-owner Barb Garrott told Daily Coffee News that while there can be some confusion around what constitutes a “ghost burr,” the burrs inside the Apex grinder, which are manufactured specifically for the Apex and are not sourced from among parts for any other existing grinder, are a cast stainless steel flat burr with triangular prism teeth included in the casting, the edges of which are then machine-sharpened.

The burrs are 75 millimeters in diameter, although that measurement isn’t really translatable to conical or typical flat burrs due to the substantially different functionality.

“As the material, in this case coffee beans, enters the burrs, they are cracked/cut into smaller and smaller pieces, and with good alignment of the two burrs the pieces tumble out of the system rather than being reprocessed through an increasingly smaller aperture,” sad Garrott. “This isn’t anything particularly new, but rather an adaptation of a very old technology in a modern setting — like most of what we do.”

She and her husband Doug Garrott, a.k.a. The Orphans as some fans like to call them, examined a variety of vintage ghost burr designs such as those of huge, old double-wheel store grinders, machines from the Bunn Grindmaster era and early Ditting cast burr models, to figure out what aspects to adopt and what to modify for their own design.

“From both personal experience, and research, this form of flat burr has been around a long time,” said Garrott. “Think corn grinders on the farm, way back when. When turned at an appropriate speed they produce fewer fines, very low dust, and uniform grinds.” 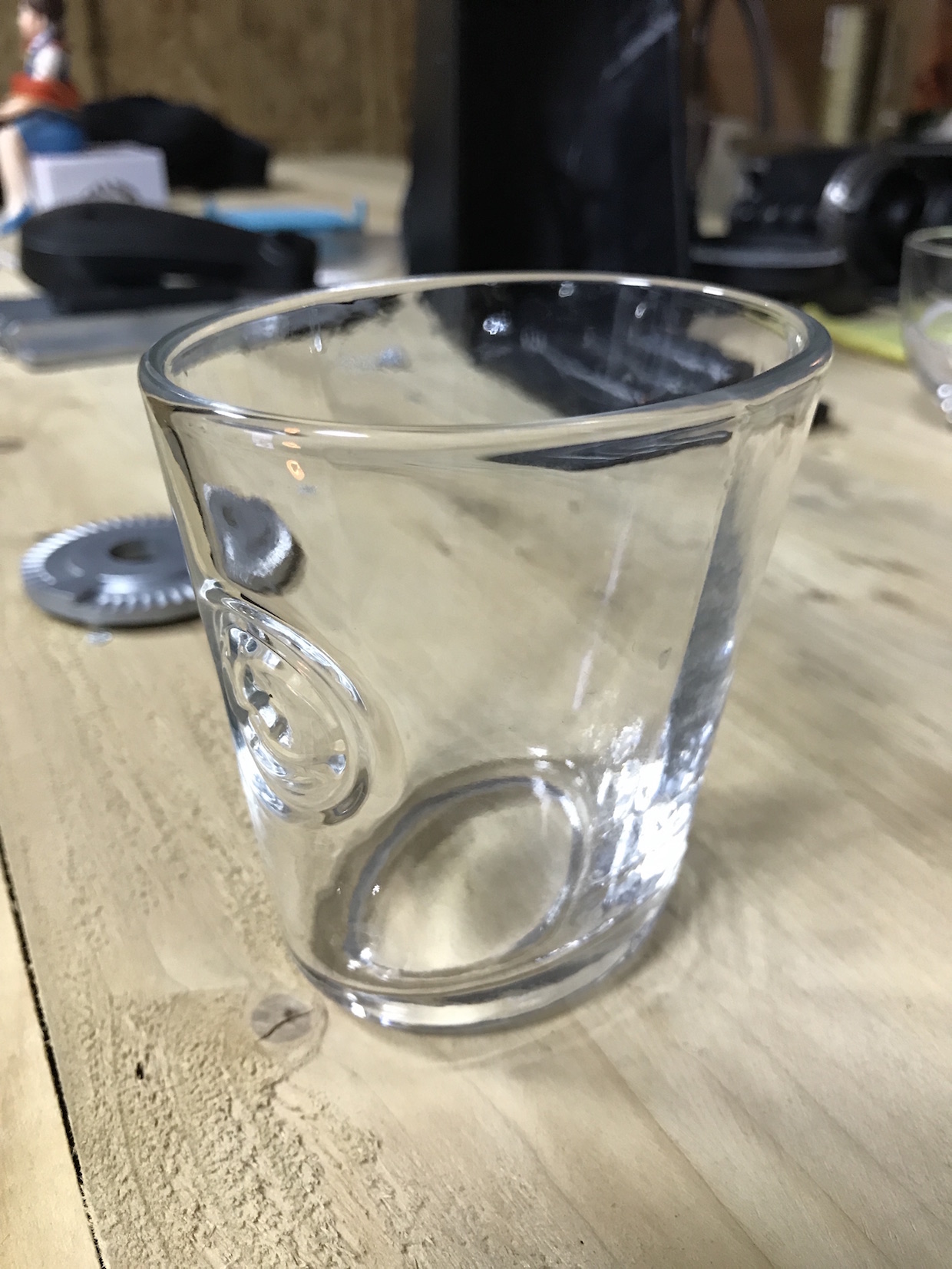 One immediately noticeable modification that resulted from R&D is the slanted orientation of the Apex grinder.

“The orientation is novel,” said Garrott, who found that while ghost burrs are usually arranged perpendicularly with the material forced in by a strong auger action, this requires higher speeds and creates more dust. The angled positioning within the Apex helps accommodate its lower speeds for ease of use, and thereby producing less dust.

“Turns out that a leisurely handle turning of about 80 turns a minute — timed and counted while grinding beans in the Apex — with a 1:4 planetary, will give us about 320 RPM on the burr, and that’s more than enough to do the job,” said Garrott.

Dust is the devil most centrally in the cross-hairs of the Apex, which aims to produce as little as possible for brewing. The Apex is a brew grinder, explicitly not intended for use as an espresso grinder. Said Garrott, “We have purposely limited the lower end of the grind range on the Apex.”

The weight of the all-black Apex grinder will reportedly be enough to dissuade users from traveling with it, although it could be considered portable by those that travel heavy, according to the company. The body is made mostly of zinc with a stainless steel axle, steel burrs, and plastic parts otherwise, along with a mouth-blown glass catch cup that Garrott said “really nicely doubles as a rocks glass.”

The company will have a working prototype on display at the SCA’s upcoming Specialty Coffee Expo event in Seattle. Garrott said they are striving for a first production run of Apex grinders in late June or early July, with an anticipated retail price of somewhere around $395.

“We’d like it to be less, but at the cost of $1000 just to change or add one hole in a tool, and 16 different tools to make the thing, manufacturing isn’t cheap or easy,” said Garrott. “I guess if it was, everyone would do it.”