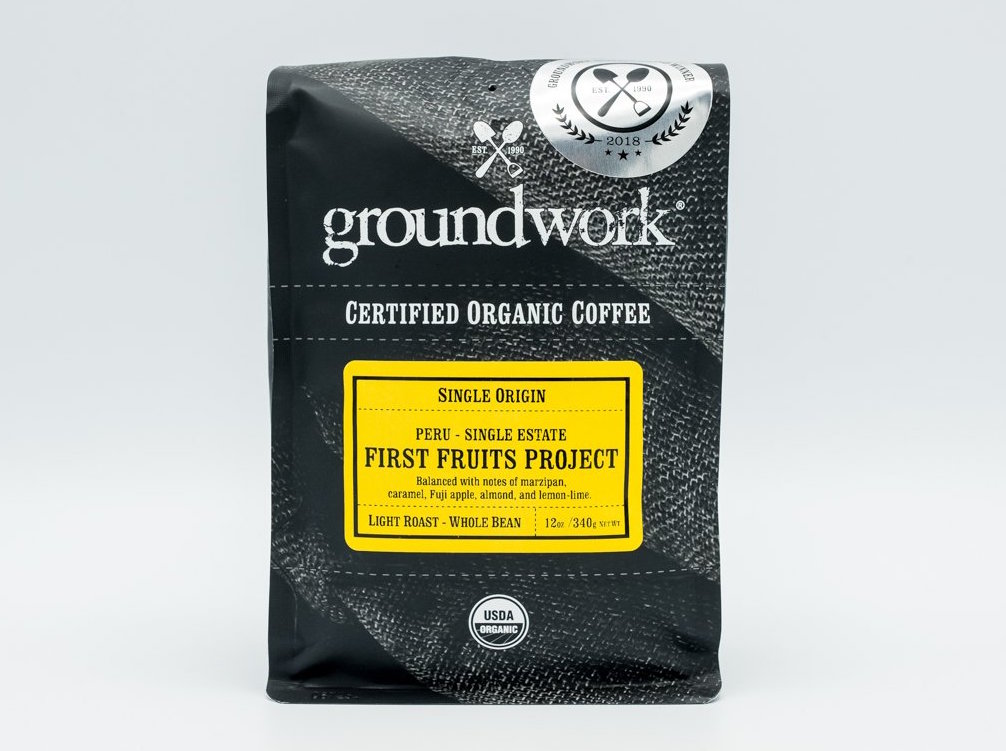 Groundwork Coffee Co. has been sourcing and selling exclusively certified organic coffee for more than two decades. With such a depth of experience in sourcing organic coffees, the company has also come to deeply appreciate the challenge that organic certification can present to farmers, especially at times such as now, when green coffee prices are historically low despite continued increases in production costs.

In response, Groundwork has launched a line of coffee under the name “First Fruits Project,” aiming to recognize and celebrate farms that have recently become certified as organic, while sharing those coffees with consumers online and in their Los Angeles-area and Portland cafes.

The first coffee in the line comes from Finca Hutuayco, and a ten-hectare lot located in Amazonas, Peru, run by Isac Reina Torres and his wife Rosa Marta Diez. This was the farm’s first harvest after achieving organic certification, inspiring and giving the project its name, according to Jeff Chean, principal and “chief coffee guy” at Groundwork.

Chean told Daily Coffee News that, in recent years, the company began to notice that some previously certified organic farms it worked with were no longer able to maintain their certification because they were spraying antifungals to combat coffee leaf rust outbreaks.

Groundwork launched the project to encourage more farmers to pursue organic certification, with the larger goal being to ensure a healthy supply chain of high-quality certified coffee, and the company is providing support to these farms by supplementing the cost of the organic certification. In the case of Finca Hutuayco, Groundwork negotiated with the farm’s co-op for the farmer to receive an extra $1 per pound over the microlot’s market price.

As part of this effort to support the production of high quality organic coffees, Groundwork also provides farmers with brewing supplies to be able to taste their coffee, such as a hand grinder and pour over equipment, which Chean said he brings when he visits.

“Many of [the farmers] don’t even drink their extra quality coffee,” Chean said, “which makes it tough for them to know the value when they want to go and sell it.”

Transitioning to operating as an organic farm can take several years, and has the potential to decrease yields during this time, according to Chean. However, he noted that he has also talked with many farmers who have had the opposite experience — they have increased yields and quality after switching to organic practices. He suggested that the outcome is largely dependent on the type of support that a farm is receiving, and whether they’ve had access to an agronomist to advise on best practices during the transition.

Chean said that Groundwork is committed to supporting organic, despite the added costs of certification, while acknowledging that long-term, sustainable solutions towards organic certification require support from green coffee buyers.