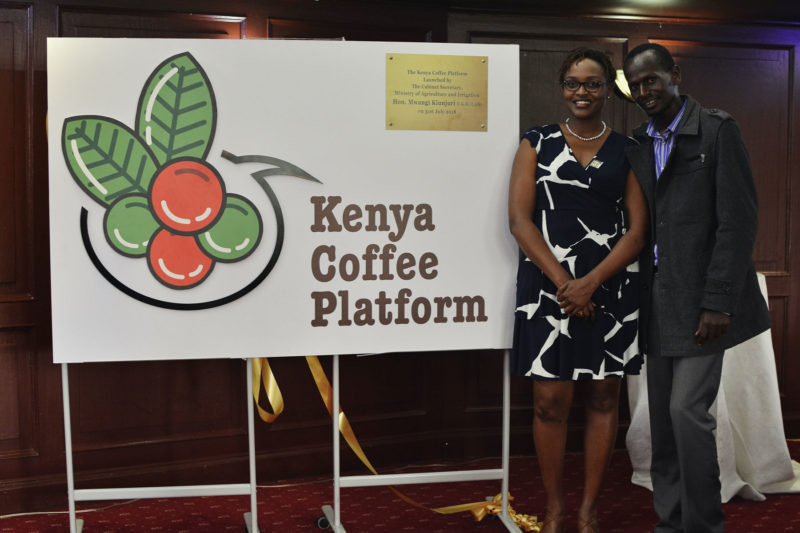 Numerous stakeholders from the Kenyan coffee sector and the international development field have come together to form the Global Coffee Platform for Kenya, designed as a collaborative pre-competitive initiative to promote a sustainable coffee sector.

It’s the eighth such origin-country-specific platform overseen by the Germany-based Global Coffee Platform, a nonprofit that now includes some 150 companies, NGOs, governmental organizations and other groups concerned with the coffee sector among its members. The United States and Germany are by far the two biggest importers of Kenyan coffees annually.

In addition to its global efforts, the GCP’s country platforms are developed to support country-specific solutions involving more efficient and tailored allocation of resources toward coffee sustainability. Each country platform has its own organizational structure, with the GCP often coalescing support or governance for existing initiatives from current stakeholders.

In Kenya, the GCP country platform, officially formed today in Nairobi, is called Sauti ya Kahawa, which translates to “sound of coffee” in Swahili, according to the group. The initiative is being supported by the German Federal Ministry of Economic Cooperation and Development (BMZ).

According to GCP, the Sauti ya Kahawa launch involved some 350 stakeholders in the Kenyan coffee sector, following a signed agreement and €400,000 (US$468,000) in 2017 between GCP and the BMZ-supported international development agency Deutsche Gesellschaft für Internationale Zusammenarbeit (GIZ).

“The launch of this platform will only lead to more collaboration and alignment,” GCP Executive Director Annette Pensel said in announcement. “By supporting Sauti ya Kahawa we aim to mobilize the wide spectrum of Kenyan coffee actors to work collectively towards the common goal of a prosperous and sustainable sector, facilitated by robust public-private dialogue.”

While offering some of the world’s finest arabica coffees, the Kenyan coffee sector has been in a state of stagnation or decline in recent years due to a number of factors, not the least of which is related to international trade policy.

Over the past two decades, coffee production in Kenya has reduced by more than 50 percent, while export earnings have declined from $500 million to less than $150 million in 2015, according to the GCP.

According to additional GCP estimates, there are currently approximately 700,000 farmers producing coffee, and the country offers great opportunity for widespread poverty reduction in the sector due to high potential for increases in income and in yields among smallholders.