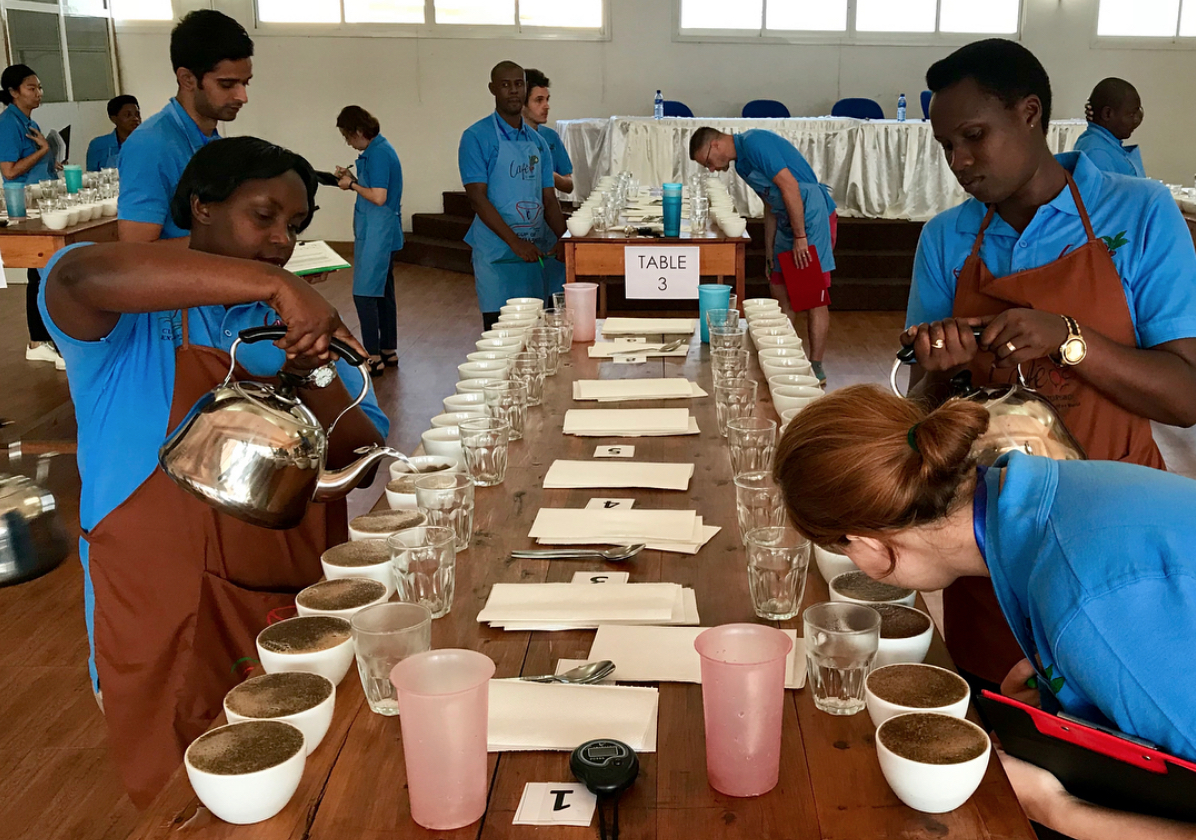 An in-country record-breaking seven green coffee lots scored 90 or above according to a panel of international judges at the sixth edition of the Burundi Cup of Excellence quality competition, which wrapped up last month in Bujumbura.

All of the winning coffees in the 2018 Burundi CoE competition are fully washed, high-grown Bourbons, typically dried on raised beds. While these coffees have a reputation for being spectacular in the cup, they are also susceptible to the rare incidence of potato taste defect, which is not detectable until coffee is processed, roasted and brewed. CoE organizer the Alliance for Coffee Excellence says jurors eliminate any coffees that present potato taste defect in the cup during any stage of the competition.

In an announcement about the winning coffees released yesterday, Burundi CoE international juror Emma Chevalier of Atlanta-based Revelator coffee shared a popular sentiment regarding buying coffee from East African origins most susceptible to the occasional potato defect — that the reward is worth the risk.

“Burundi coffees are stunning. The possibility of potato defect exists, but even the most extraordinary coffees may have some problems,” Chevalier said. “At our company, we communicate to our staff that we are committed to Burundi coffee, and a potato-y cup may occur here and there. We are a bit more forgiving on the chance of a rare potato in the cup since the exact cause of the defect remains somewhat of a mystery. The exact cause and exact way potato defect occurs is yet to be fully understood. Producers, washing stations, and mills may have upheld very high standards and practices and still experience the misfortune of the potato defect. Further, a single (potentially phenomenal) Burundi lot can be comprised of cherry from hundreds of small scale farmers. We know that a rare or slight potato in the cup may slip in with even some of the best and brightest coffees, and although less than ideal, it is such a shame to miss out on the gems. We don’t really purchase coffees with known potato problems, we are just a little more flexible when a rare one pops up.”

The Burundi Cup of Excellence auction is scheduled to take place, Tuesday, Oct. 2, and the national winners auction will take place Oct. 1-5. Details and registration information regarding the Burundi auctions can be found here.

[Editor’s note: This post has been updated to include new auction dates.]