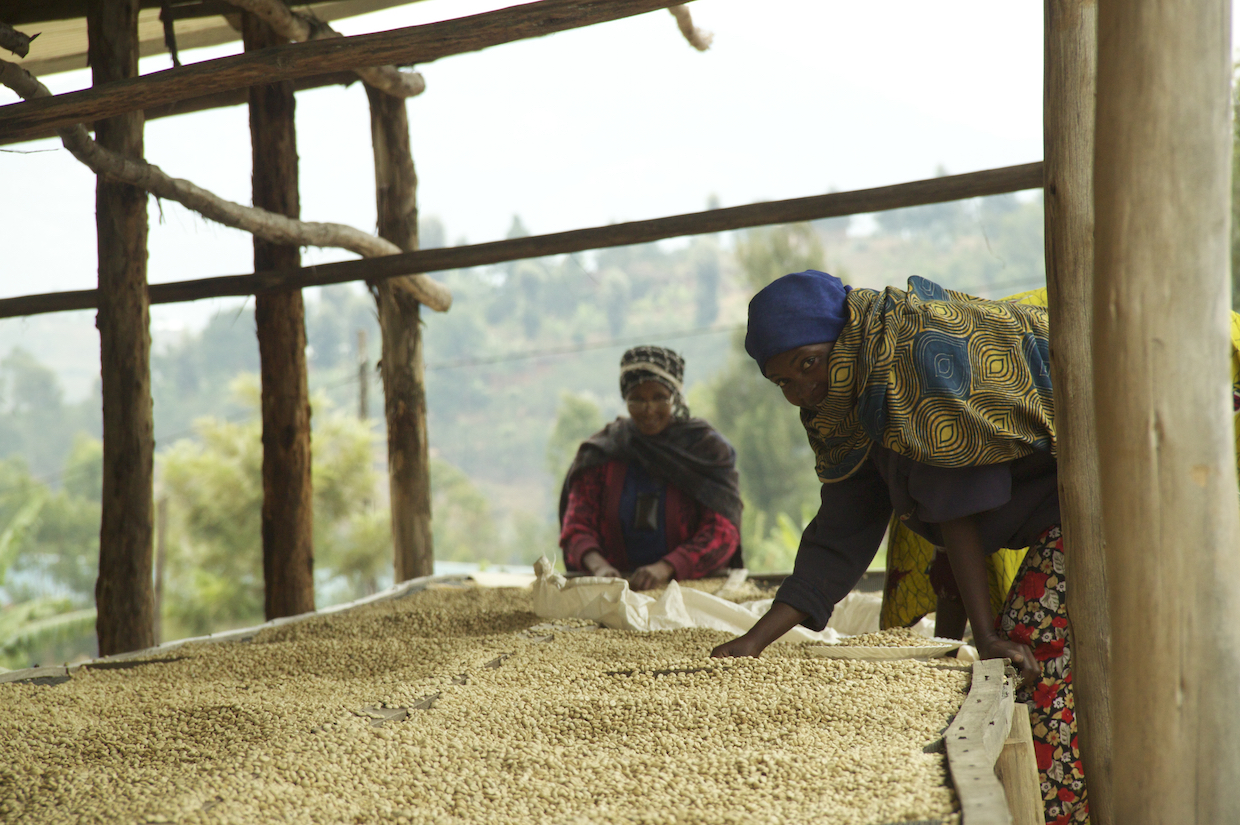 Spuds, yams, tubers – baked, boiled, fried, mashed… There’s almost no limit to the versatility of the root vegetable we often associate with Idaho or Ireland. It might surprise you to know that there are more than 1,000 varieties of potato, and that Peru claims the origin of the plant, as well as the greatest genetic diversity.

But this article is not about potatoes.

It is about the potato defect — sometimes called PTD, standing for potato taste defect — found in coffee. Let’s explore some common questions:

What Is the Cause?

The potato defect has been found as a natural occurrence in certain East and Central African Great Lakes coffees, mostly in Rwanda, Burundi, the Democratic Republic of Congo, and Uganda. It has been less frequently encountered in Tanzania, Zambia and Kenya, as well.

It holds no relationship to root vegetables other than the fact that coffee containing the defect tastes and smells quite a bit like raw potatoes. This is caused by a particular member of the chemical family of pyrazines, commonly produced by plants naturally. Some pyrazines found in vegetables like green peppers are responsible for similar flavors in wine, for example. 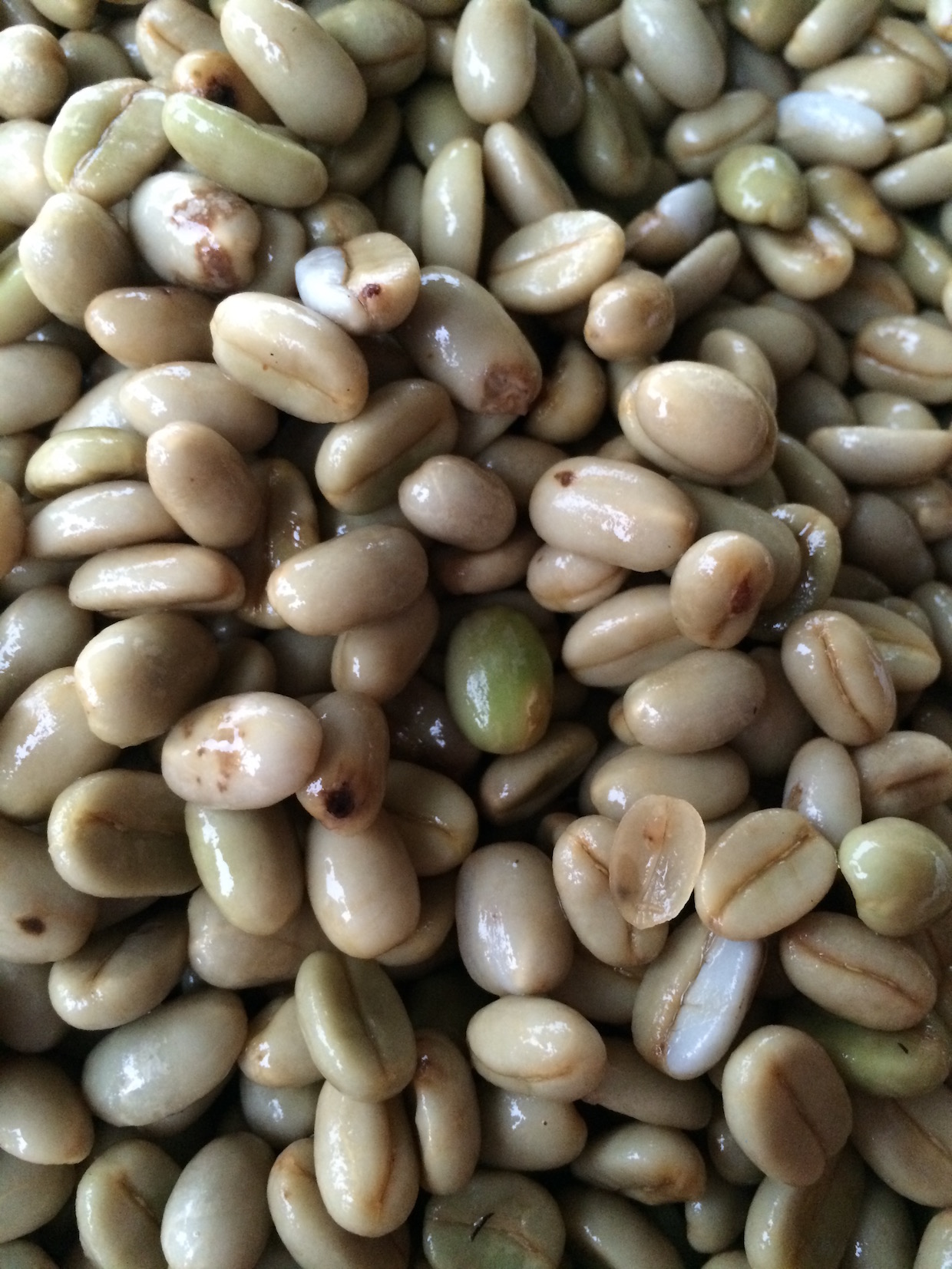 Despite years of research, the jury is still out on what exactly makes the coffee plants in Africa’s Great Lakes produce this particular compound. We’re pretty confident it’s linked to a local species of stink bug called Antestia. Chemicals analyzed in the bugs have been found to correlate with potato-affected coffees. The same study found that it was possible that the coffee tree was also producing elevated levels of pyrazine as a defense response when cherries were being attacked by the insects.

However, the most popular theory blames a unique species of bacteria, identified in the genus Pantoea and given the species name Coffeiphila (“coffee-lover”) that finds an entry point into the coffee seed by way of a break in the skin of the cherry, frequently caused by Antestia insect feeding. One of the studies even noted that the bacteria “gave off a strong, potato-like odor.”

No matter the specific cause, the problem is localized regionally and originates at the farm level, well before the coffee is processed, exported, roasted, or consumed. 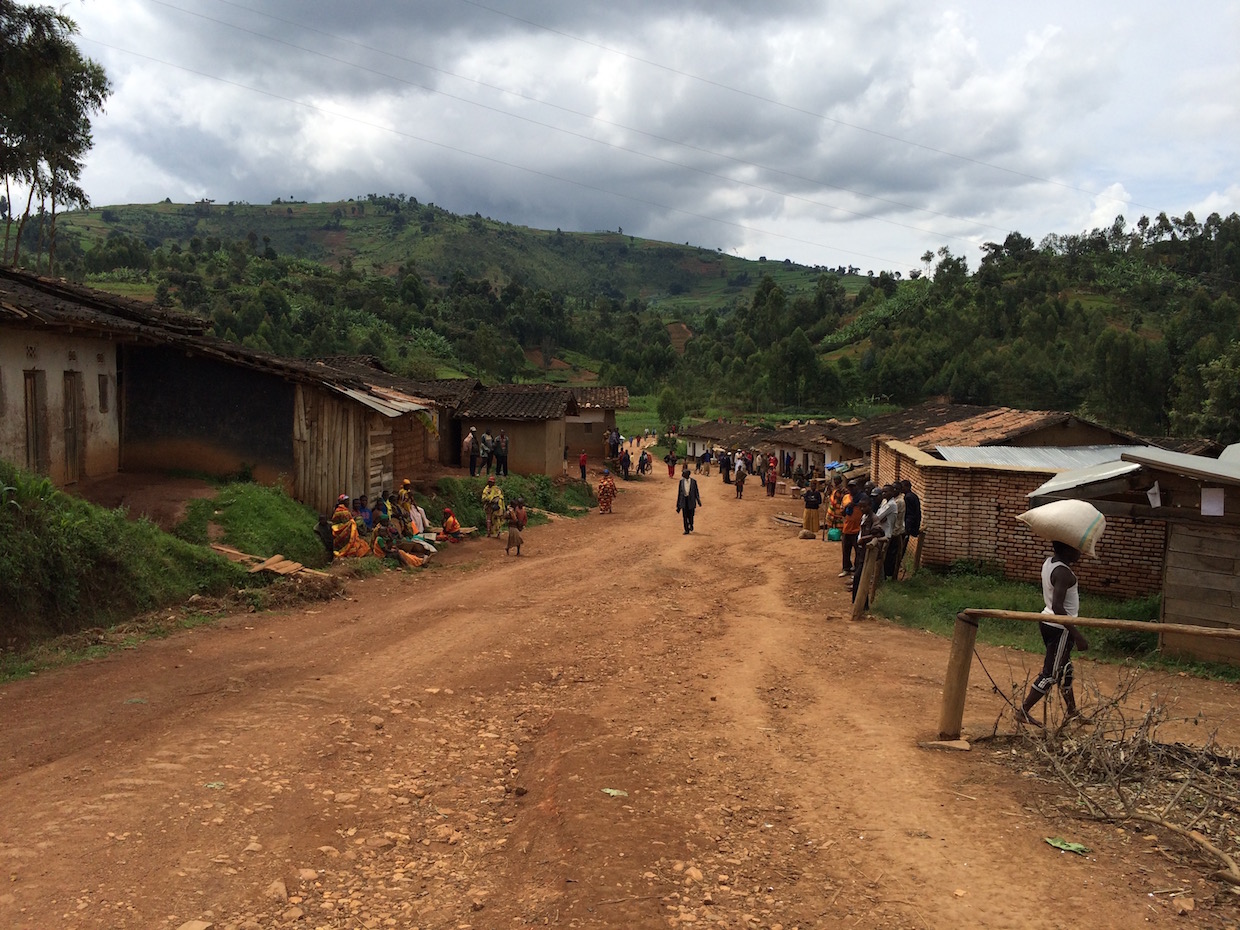 How Serious is the Problem?

It is a taste defect. It won’t make you sick, but it definitely presents strong off-flavor tastes and smells. Yet more than a mere nuisance, it can also cause severe economic problems for coffee producers.

The potato defect is like an occasional bruised avocado you thought was ripe, or a corked wine bottle. In my opinion, given the quality of coffees from these areas, it’s a risk that’s totally worth the reward.

The intensity of the aroma is perhaps the major factor in the industry-wide reaction to coffees from affected regions, and likely why you’ll hear people sometimes saying they don’t buy coffee from Rwanda or Burundi. I find this frustrating, because the coffees from potato-risk regions are diverse and incredible tasting. Importantly, they’re also a major source of income for their producers. 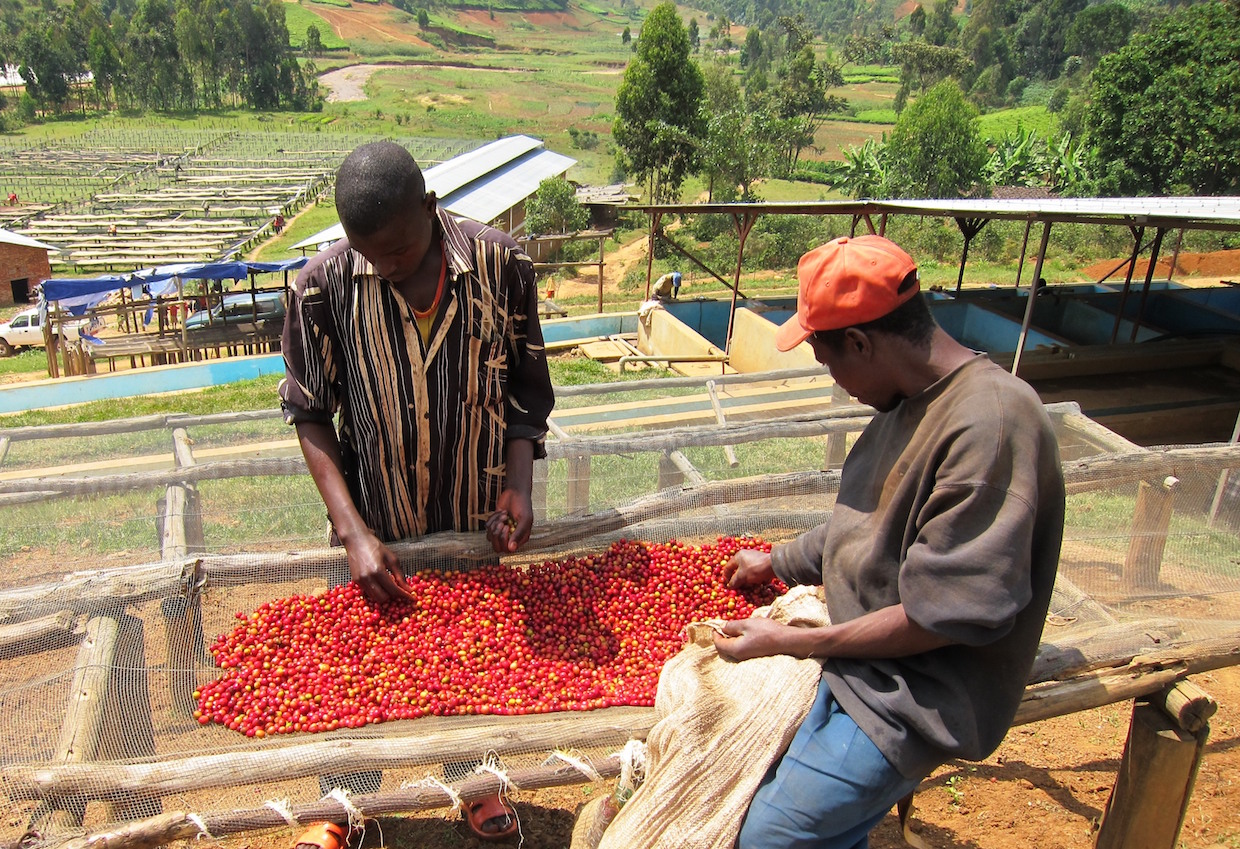 It’s also an unfair double-standard, in my opinion. Taste defects such as mold, phenol or quakers may occur under a plethora of adverse conditions. Many regions have long, historical struggles with these flaws, like the frequency of quakers in Costa Rican coffee. Some have more seasonal issues, like Southern Colombia, which has recently been dealing with increased phenol due to unseasonal rains. We don’t stop buying these coffees; we tighten our quality control standards, and continue to support exceptional coffees.

While it is possible to detect potato taste defect before roasting, it usually takes someone with a pretty sensitive nose and a fair amount of time on their hands. It’s usually much more apparent once the coffee is roasted and ground. The fragrance of an affected bean, even if just one bean in a bulk-ground bag, can be quite intense and detectable from across a large room.

So keeping a close eye on these coffees by putting extra cups on a table to get a larger sample set, for example, is a great way to weed out the troublemakers. 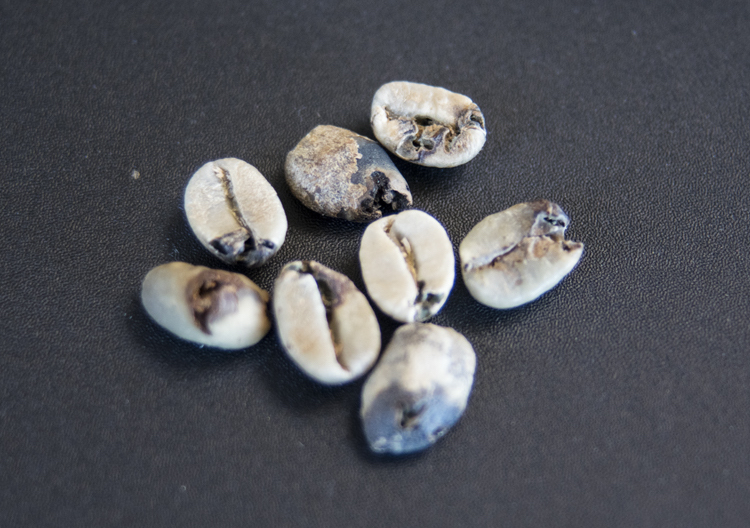 Can We Get Rid of Potato?

There are a number of preventive measures that can be adopted to help reduce and perhaps one day eliminate the defect.

Prevention starts on the farm. Targeted insecticides and other measures to eliminate the antestia and other pests, such as the coffee berry borer, that damage the cherry are important first steps. Chemical treatments and more sophisticated methods of prevention can unfortunately be hard to come by, especially for impoverished smallholder farmers in rural countrysides.

Keeping a sustainable ecosystem on the farm is no small task, but healthy trees and good soil management can go a long way toward producing a clean cup. Cherries left on trees after harvest can contribute to insect-enticing environments, and should be removed to discourage bugs from hanging around the farm year-round. 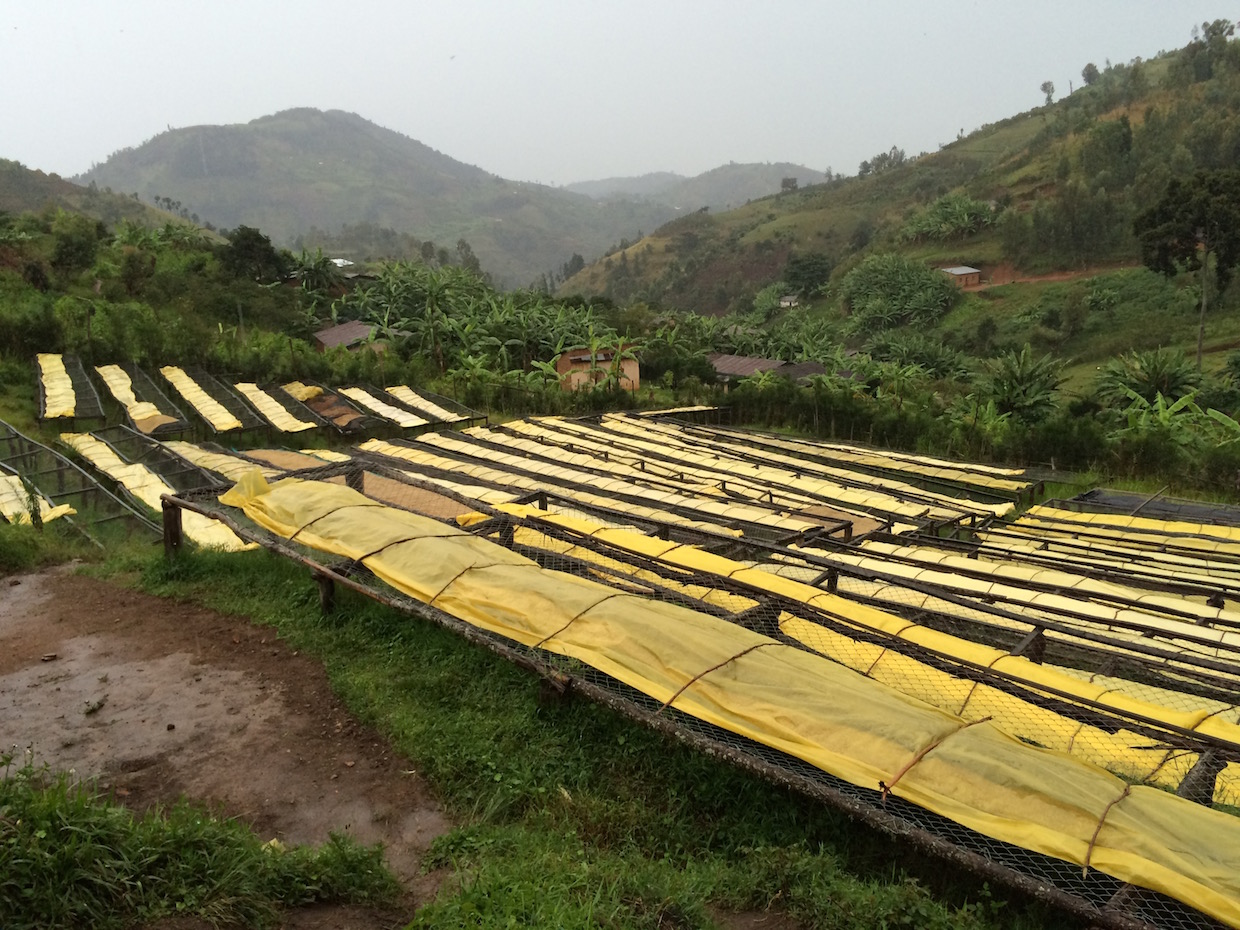 There are, of course, environmental conditions that can’t be controlled by the farmers. Antestia bugs dislike especially warm temperatures, over 25°C (77°F), so warm, dry, sunny conditions during harvest will help to reduce problems. Unfortunately, for much of Burundi and Rwanda, the bulk of the crop is typically harvested in the middle of the cooler rainy season.

Currently, post-harvest sorting by hand, by machine or by some combination of the two remains the primary means of reducing potato risk. Once the harvested coffee cherries are delivered to washing stations, there are a number of ways attentive millers can reduce the occurrence of potato defect. Floating the cherries in water before coffee is processed helps to separate less dense beans that may be affected by insect damage.

After pulping and fermenting, there is a critical window during the first 48 hours when the drying coffee is still fairly wet, and certain color defects are more visible. These must be hand-sorted out.

Thereafter, insect damaged beans are removed by hand during parchment drying at the washing station and/or after hulling at the dry mill. Laser sorting technology has been effective in some cases in reducing eliminating affected beans. 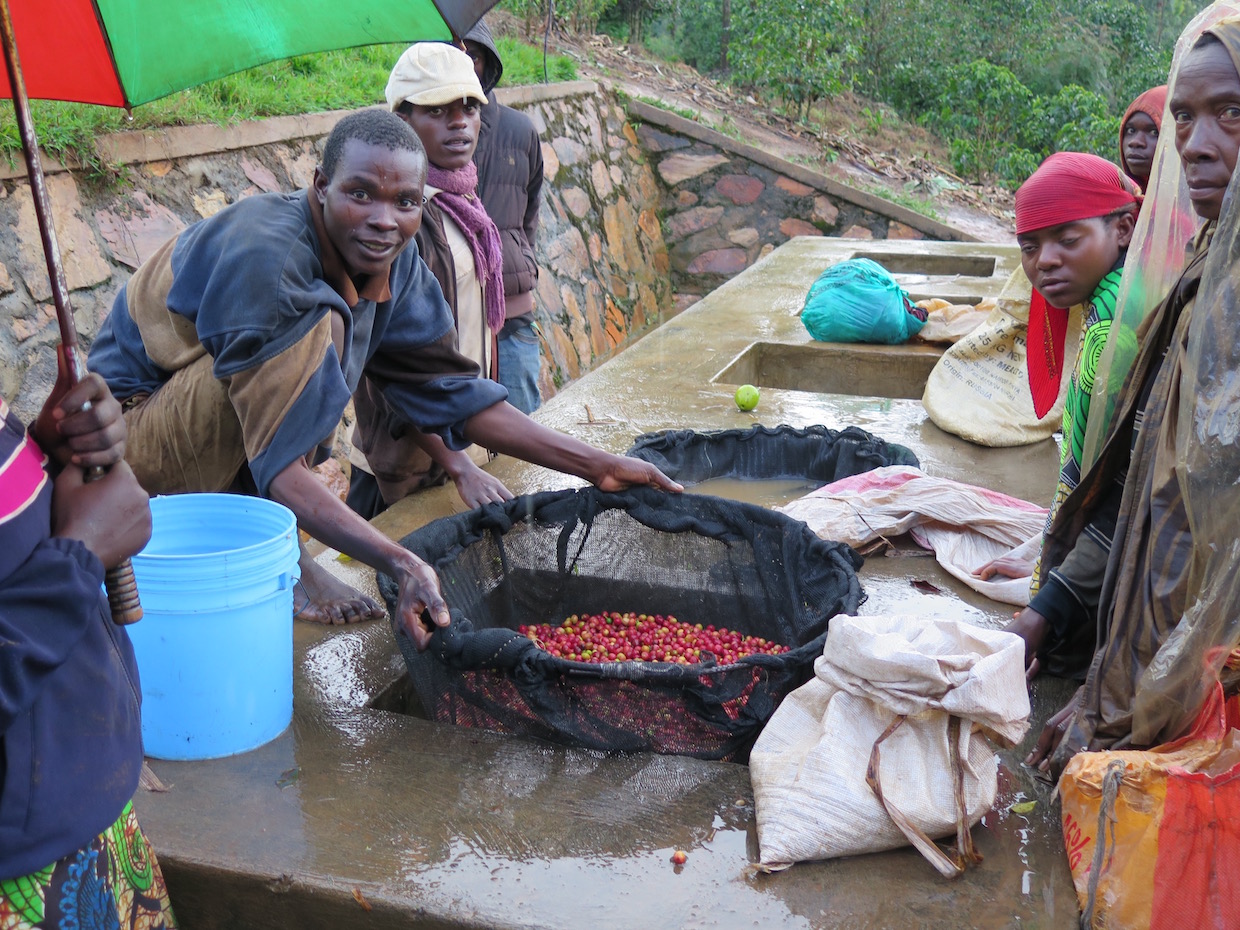 What are My Options as a Roaster or Barista?

Let’s assume that you love the coffees from Africa’s Great Lakes, and that you love supporting the producers of those lovely coffees, but you might be a little reluctant to commit to selling the coffee for fear of a potato defect causing a bad experience and costing you customers.

Here are some ideas to maximize your coffee and service quality while roasting and serving offerings from potato-affected regions. 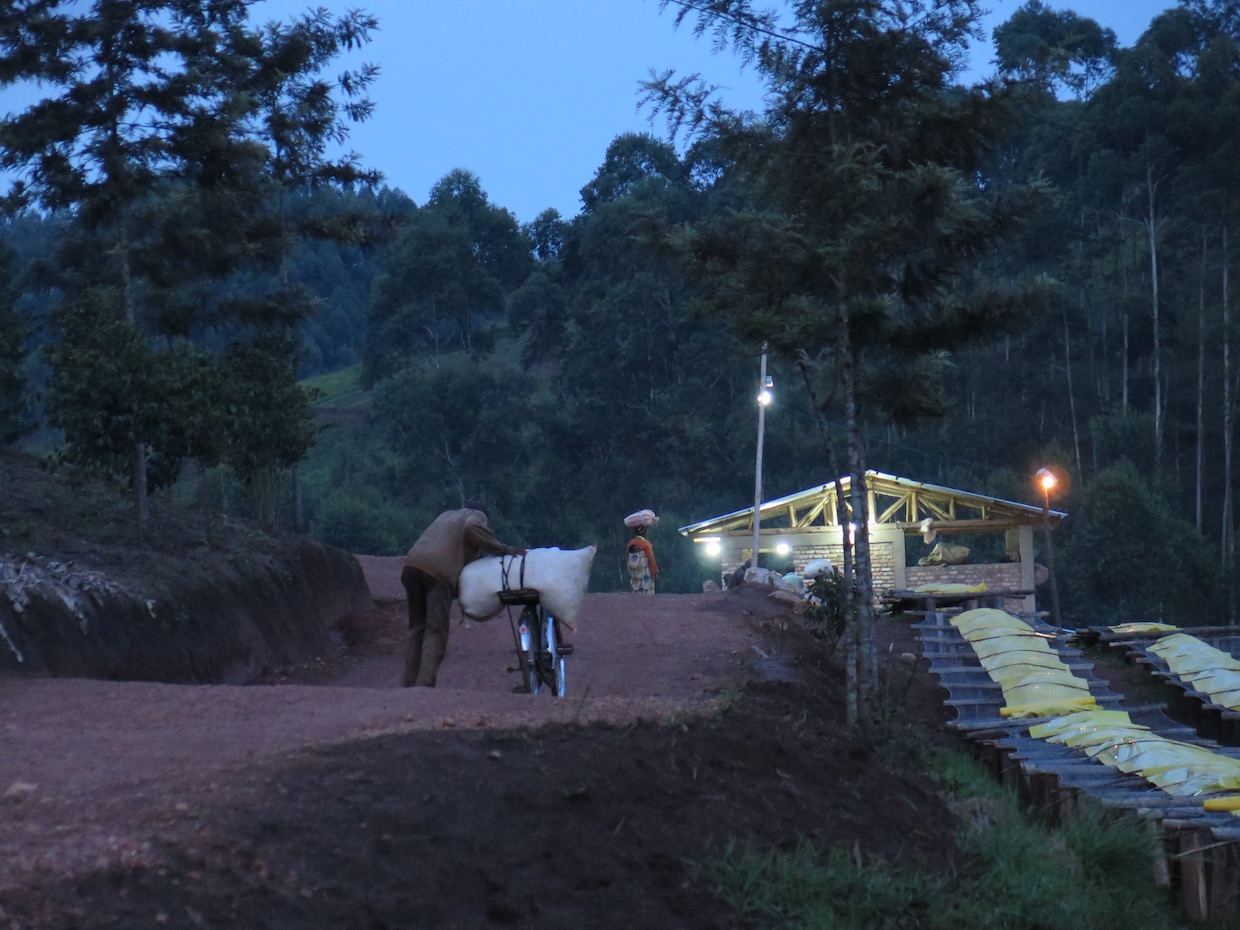 (Author’s note: I owe a massive debt of gratitude to my colleagues at the Crown for shaping many of the ideas presented above. My thinking on the topic has also been heavily influenced by arguments presented in this passionate piece by my former mentor Geoff Watts.)

I would like to discuss with Chris Kornman about his artical A parctical water guide for coffee professionals, dated Augusts 15, 2018

Potato taste does occur In a few Burundi coffees. Some years ago I obtained a sample of “cafe ordinaire” from Burundi and on opening the bag, the rotten, potato odour was quite strong.
In Kenya coffee PTD is very rare but has been noted occasionally in zones where there are unusually cool, wet conditions from flowering to berry maturity and in some high altitude coffee.
You may be interested to have a copy of the technical circular on antestia control which I prepared for farmers.