After Hiatus, Rwanda Cup of Excellence Returns with 340+ Coffee Submissions 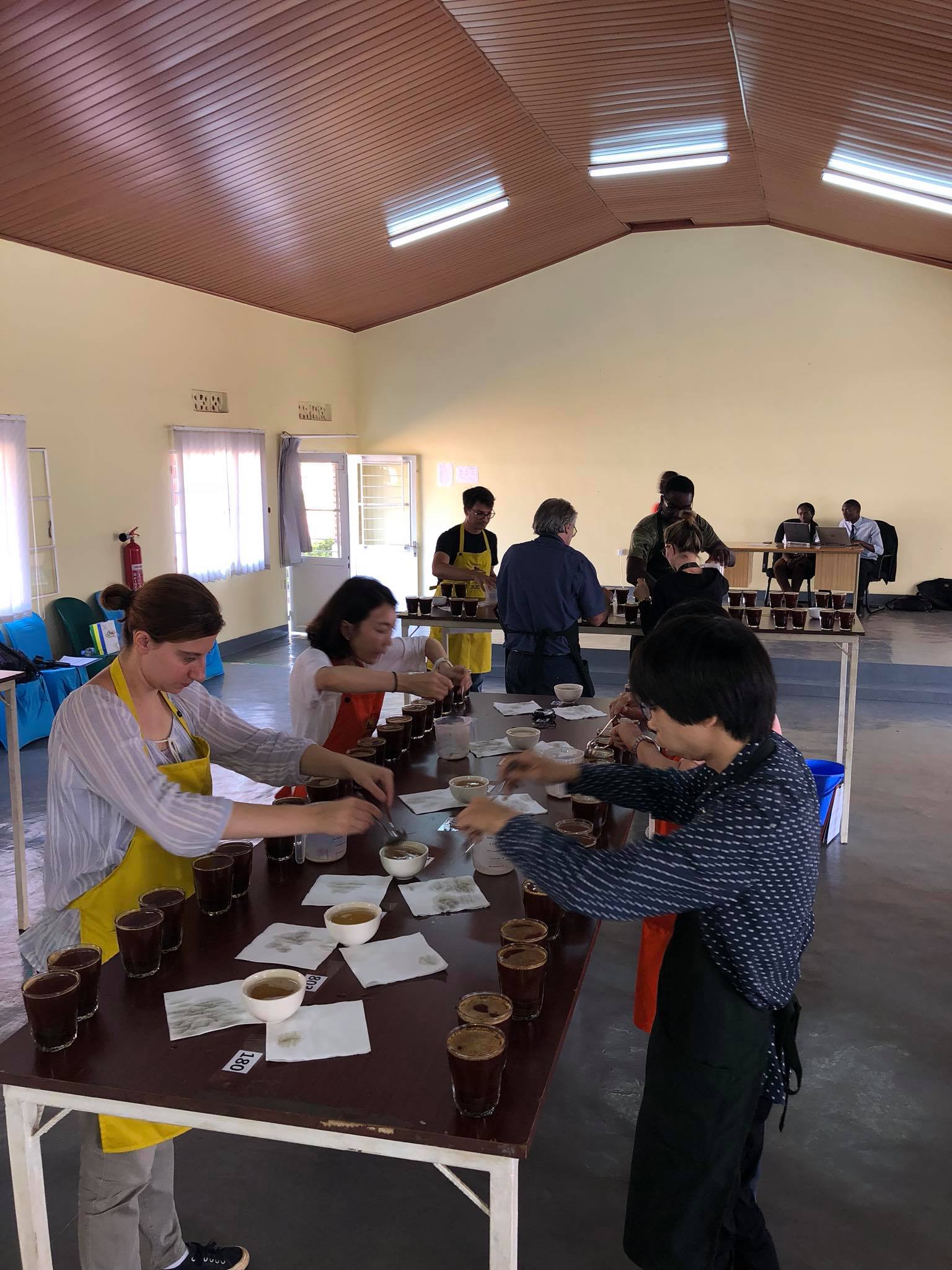 Judging at the 2018 Rwanda Cup of Excellence competition. Alliance for Coffee Excellence photo.

After a two-year hiatus, the Cup of Excellence competition returned in Rwanda earlier this month, with 28 winning lots receiving scores of 86 or above from an international jury.

Rwanda was the first African country to host a CoE competition, led by the Portland, Oregon-based Alliance for Coffee Excellence along with in-country partners, with the first CoE there dating back to 2008.

In total, a remarkable 344 washing stations entered the green coffees into the quality competition, with the 28 winning coffees moving through numerous national cupping rounds before being evaluated by judges representing companies in Japan, the U.S., South Korea, the UK, Germany, El Salvador, Australia, Swizterland, China, France, Burundi and Costa Rica.

Scoring 90.53, the winning coffee came from the Twumba Coffee washing station in the Karongi district in the country’s Western province. The second-highest-scoring coffee came from the Mayogi women’s cooperative in the Northern province of Gicumbi. All the country’s main coffee-producing provinces were represented in the final list of CoE winners, and the top two winners were both first-time CoE entrants.

“This award is an incentive that will keep us, both the washing station and our farmers motivated to keep improving the quality of coffee so that we keep up the momentum,” Twumba Coffee Director Gerard Mutagengwa told Kigali-based KT Press after the awards program.

[Editor’s note: This post has been updated. The original version included a typo for the qualifying scores for “National Winners” coffees in the Cup of Excellence program.]