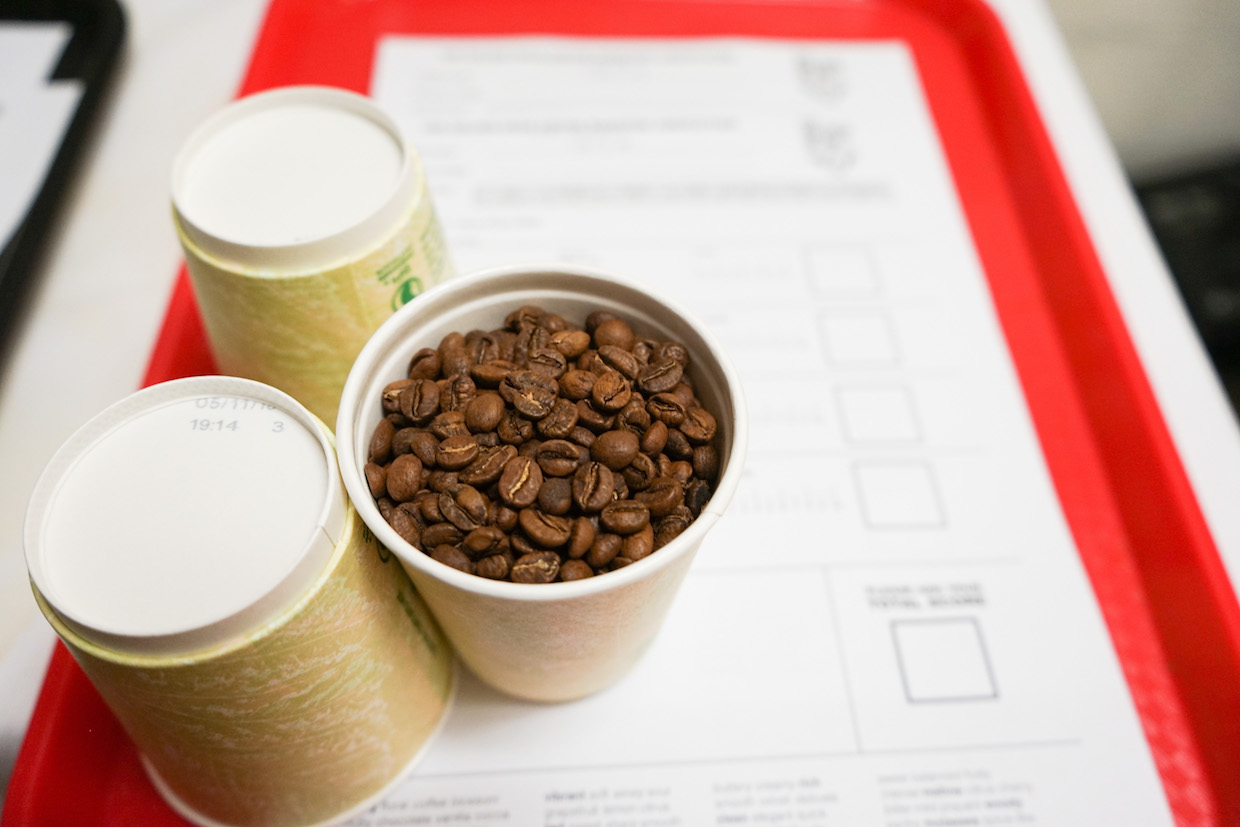 The Golden Bean North America coffee roasting roasting contest slurped its way through Portland, Oregon, for the fourth time this past weekend, crowning two overall champions for 2018, one incumbent and one new.

Congratulations go to California company Black Oak Coffee Roasters for snagging its second overall championship trophy, the Big Bean, in as many years. Equal congrats are due to Tennessee-based Bonlife Coffee, which also took home a trophy. 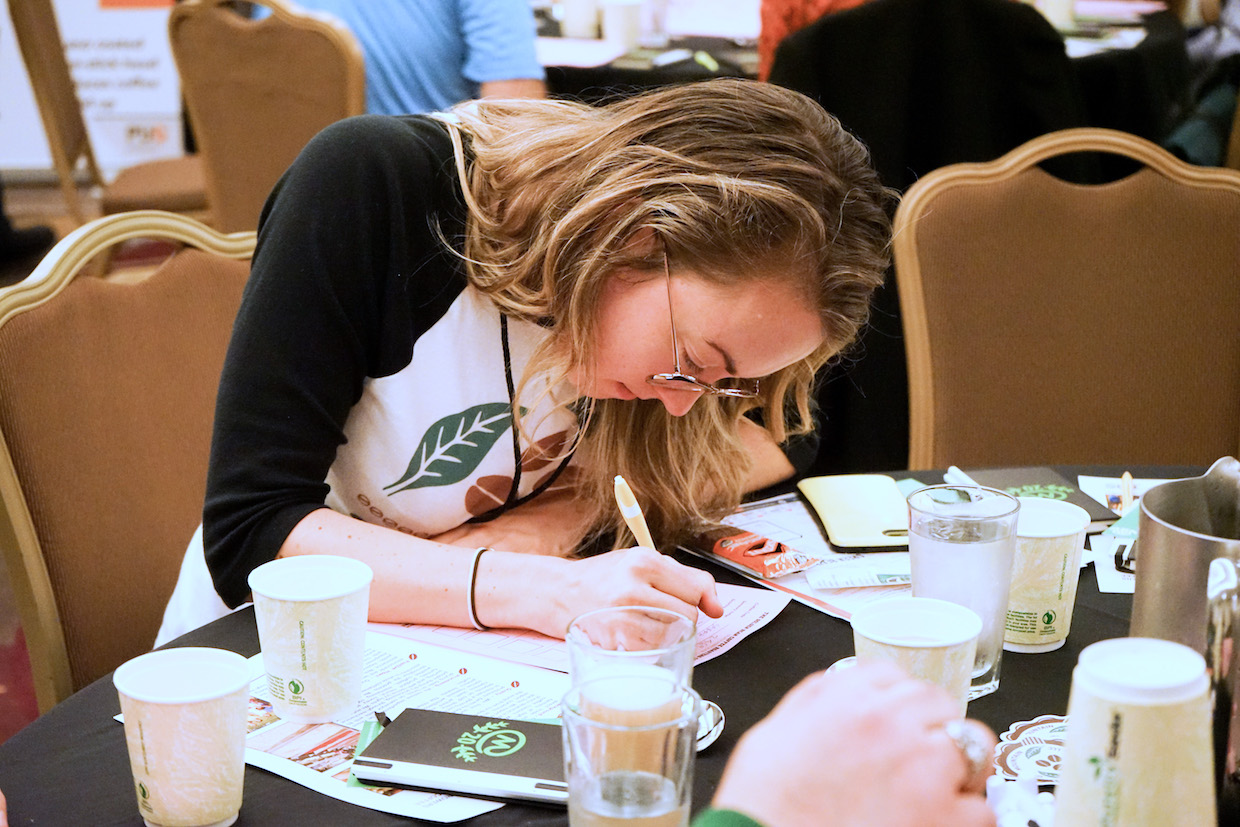 The Australian-born contest grew in 2018 to involve submissions from more than 500 roasters, including dozens of new, first-time entrants, adding up to roughly 900 coffee submissions in all. The contest and conference was held in the Lloyd District on the east side of Portland, where between speakers and social events, nine coffee judging sessions occurred over the course of three days. The final day wrapped up with a Medieval-themed Puqpress Golden Bean Awards Dinner. 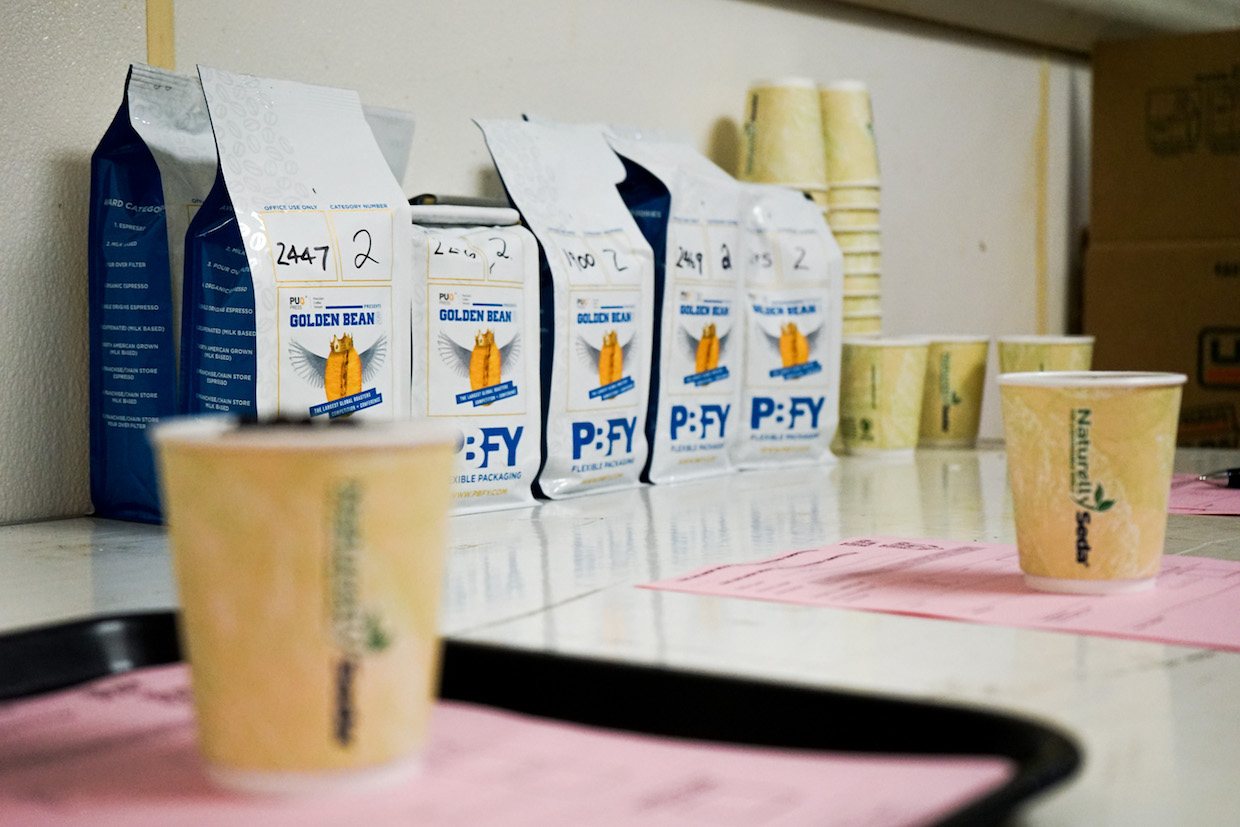 Prizes this year include an origin trip provided by Genuine Origin, a trip to experience Golden Bean Australia, and of course the gold-plated coffee bean trophies, handmade by tamper craftsman Reg Barber. Yet while the prizes of trips and equipment are fun, it’s really more a matter of the accolade, according to Golden Bean Founder Sean Edwards. 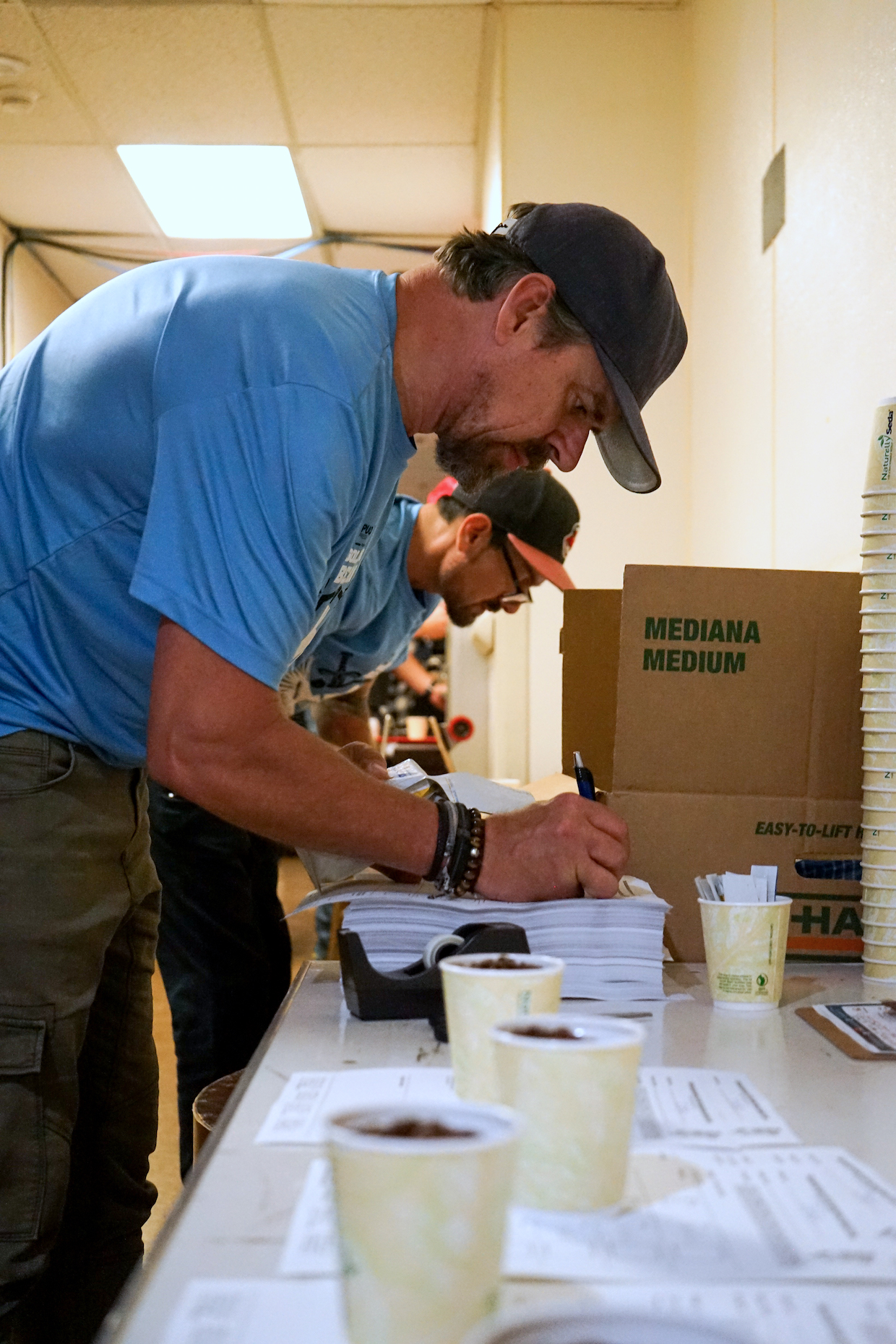 “Winning Golden Bean is a major business boost,” Edwards told Daily Coffee News. “The medal tally, putting the stickers on the bags, it helps their sales. There’s a lot of media exposure after the event.”

Returning to the engine room this year was another fleet of 10 Behmor Brazen brewers for all coffees in the Filter/Pourover categories, while all straight and milky espresso drinks this year were ground on Mahlkonig EK43 grinders and extracted on Rancilio Classe 11 Xcelsius machines. Edwards said that in 2019 there will likely be a shift towards Rancilio’s newer Specialty machine, one of which was on display for attendees to play with in the conference hall. 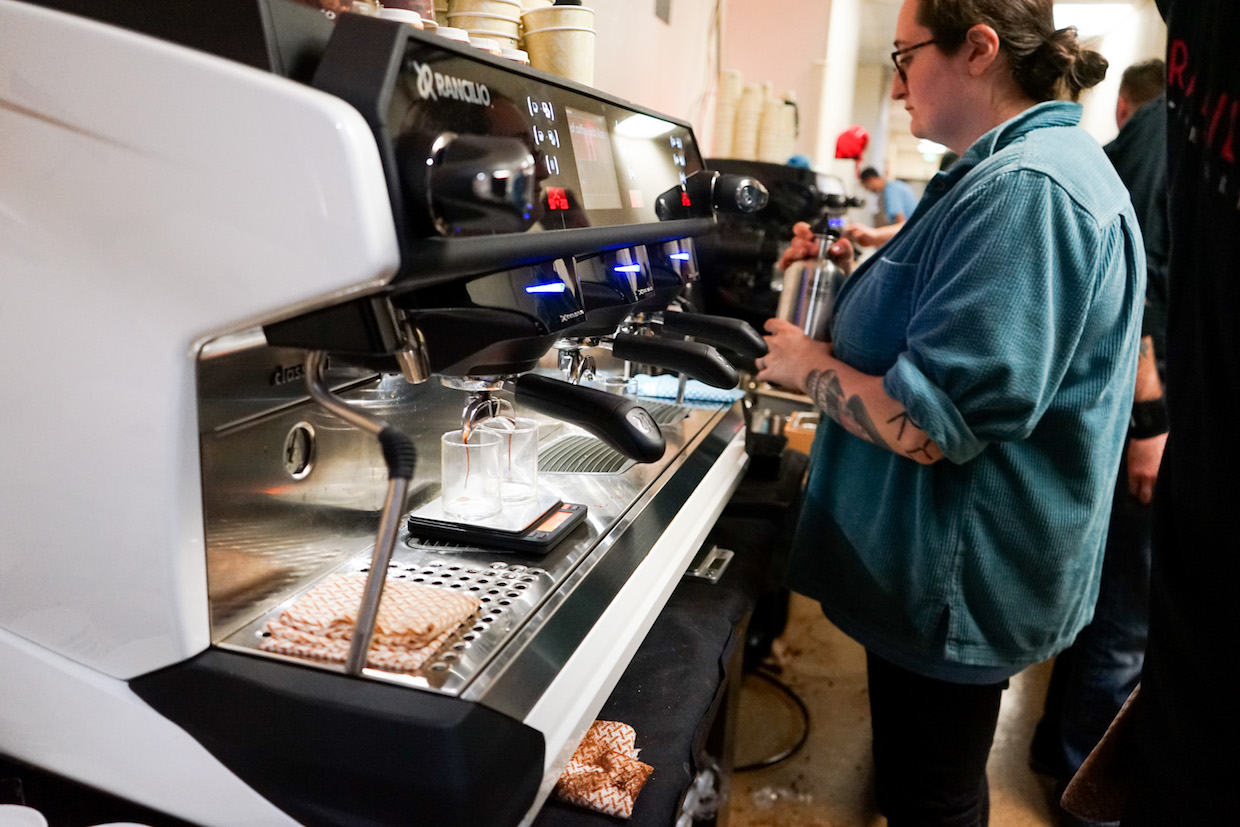 “We’ve only got one pound of coffee to pull a perfect shot off,” said Edwards. “It sounds like a lot of coffee, but we try to get the best out of every coffee that’s been submitted.”

The seven fundamental categories of the contest continue to be Espresso, Milk Based (Latte), Pour Over Filter brewed on Behmor Brazen brewers, Organic Espresso, Single Origin Espresso, Decaffeinated milk-based, and North America Grown milk-based. The first three are further divided into small company and large company submissions, amounting to ten overall waves of coffees to be judged by attendees to the conference. 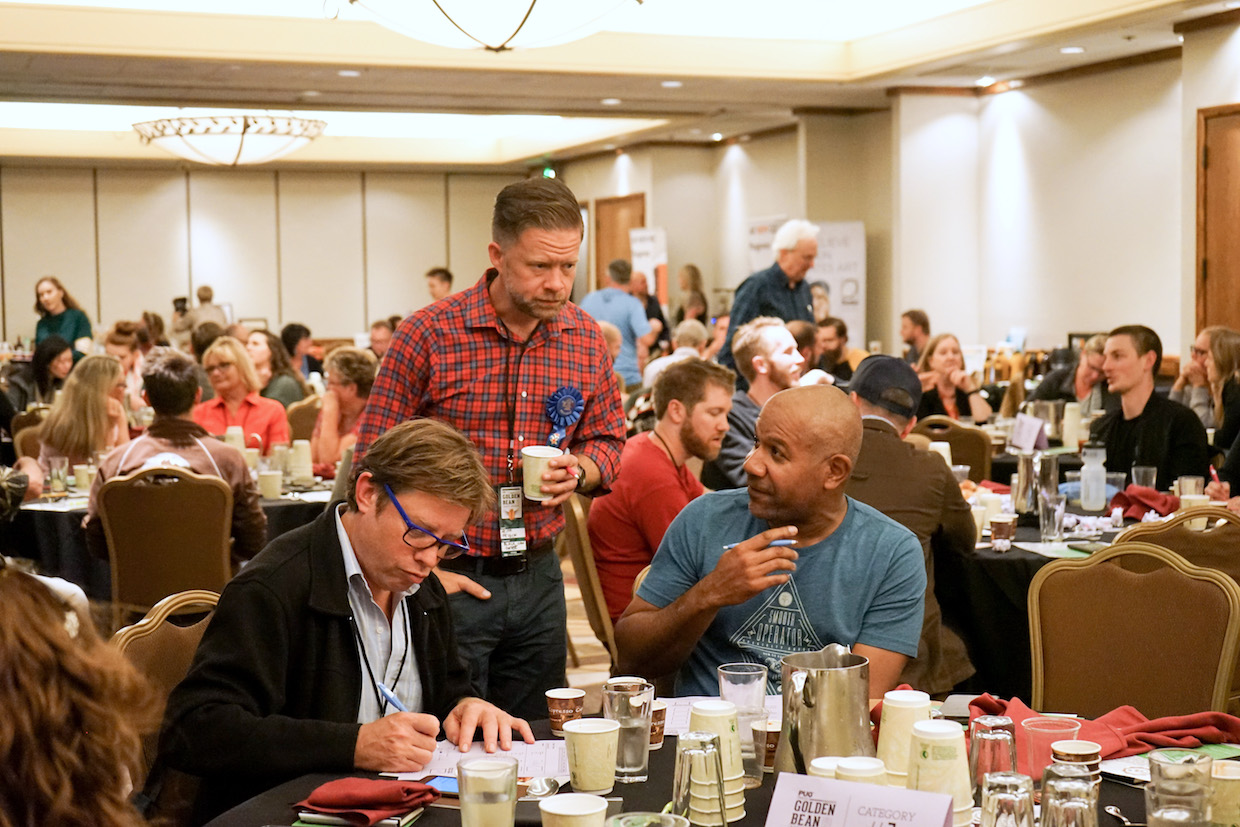 Edwards said he’s been approached a number of times regarding expanding the Golden Bean to include cold brew, but he’s still working out ways in which the category can have a level playing field in a competition format.

“We want to do it, we’re definitely going to do it, but we might experiment in Australia first,” Edwards said. “It’s such a huge part of the market.”

Edwards said that while the contest intends to attract a thorough mixture of contestants, the majority of the participants have thus far been West Coasters. 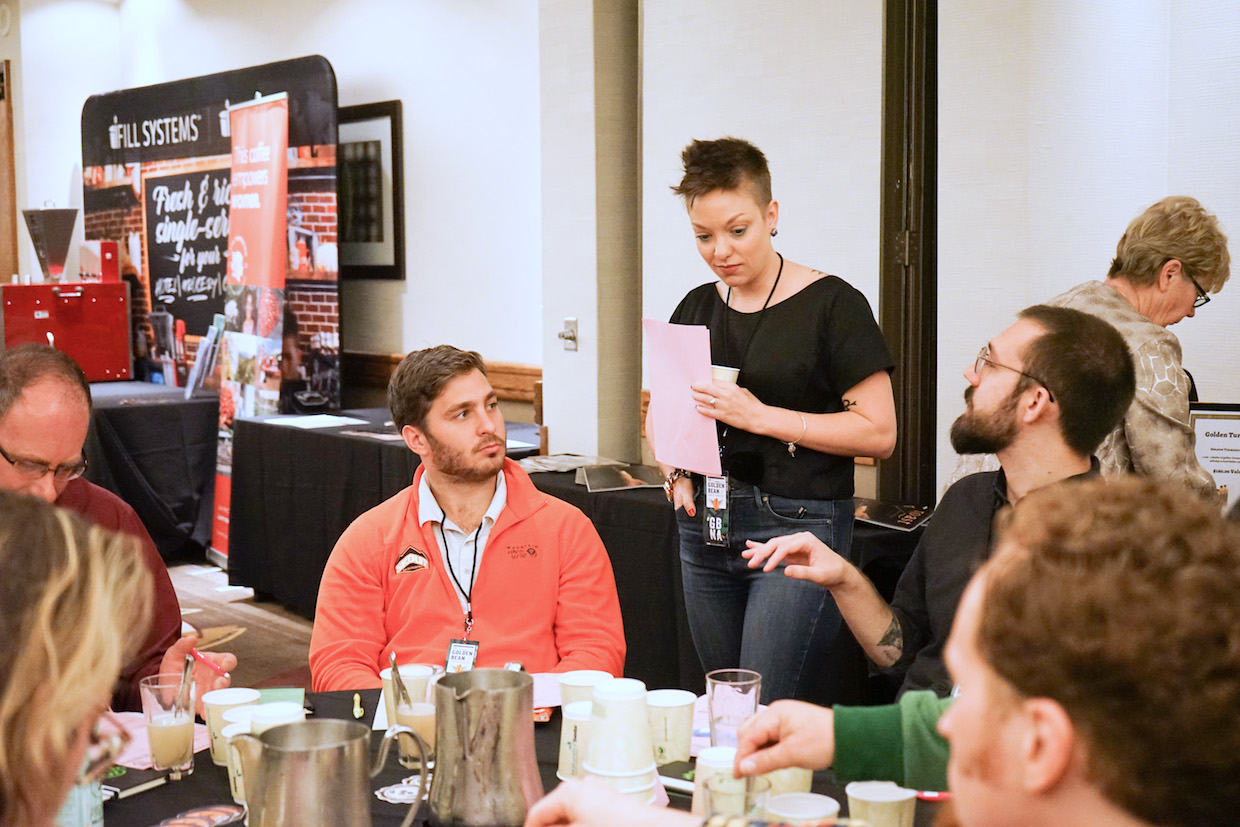 “We’re trying to get a good mix,” said Edwards. “America’s so large, population-wise. There’s always that struggle between east and west. It’s a long way; it’s a big hike. There’s time differences, and it’s a big expense getting here, too. So we’re toying with maybe moving to the middle of the states next year, just to try something a little bit different.”

Though technically part of the South and geographically further east than “the middle,” Edwards said Nashville is on the shortlist.

“We like to socialize a lot after the coffee sessions, so we’re thinking, ‘Where’s a place with lots of fun times?'” said Edwards. “I think Nashville is a great city, with a great coffee scene.” 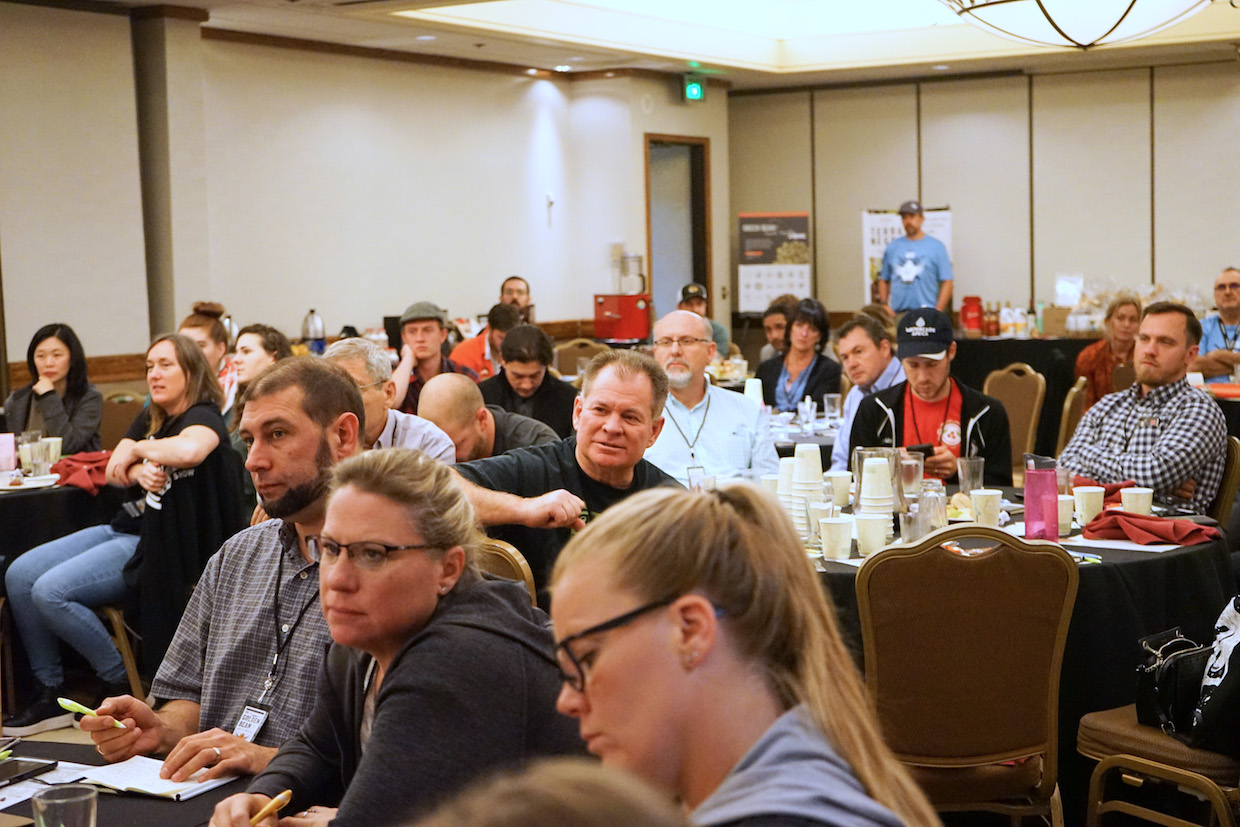 Edwards said a plant-based milk category could also potentially debut next year, noting growth in that segment internationally and specifically in his home market of Australia, where he said plant-based milk drinks now account for roughly 20 percent of sales in cafes.

“That’s a category in the back of my mind,” said Edwards. “More of a dark or medium roast profile, cutting down acidity, which curdles your almonds and your oat milks.”

Also in the works for next year is a Golden Bean contest and event in the U.K., slated to occur in London in July 2019, according to Edwards. The contest will be open to roasting companies from all over Europe. 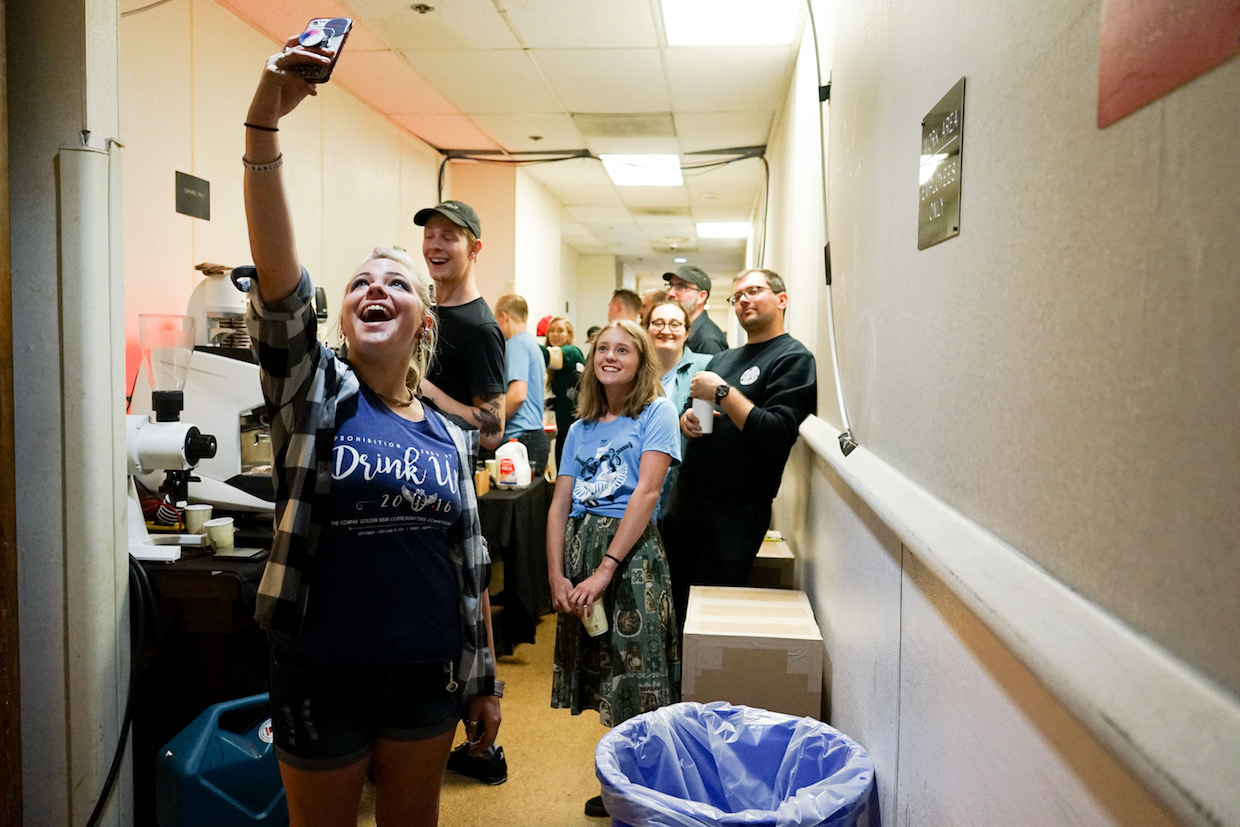 A Southeast Asia expansion of the Golden Bean contest is still reportedly in the works. The first salvo in an effort to establish a base of potential participants occurred this year as the GB organization sent out its first industry survey, generating a snapshot of the roasting business community in that part of the world. More than 100 companies will be targeted with questions regarding their business, supply chain, equipment, and the types of challenges they face in retail, human resources and more.

“We’ve done this in Australia for over 10 years,” Edwards said. “We always do an annual survey as part of Golden Bean.”

As for Golden Bean North America, the 2018 flock of gold medalists is listed below. The complete results, including all silver and bronze medalists across all categories, is available on the Golden Bean Facebook page.