Coffee in India: A Complex History and a Promising Future 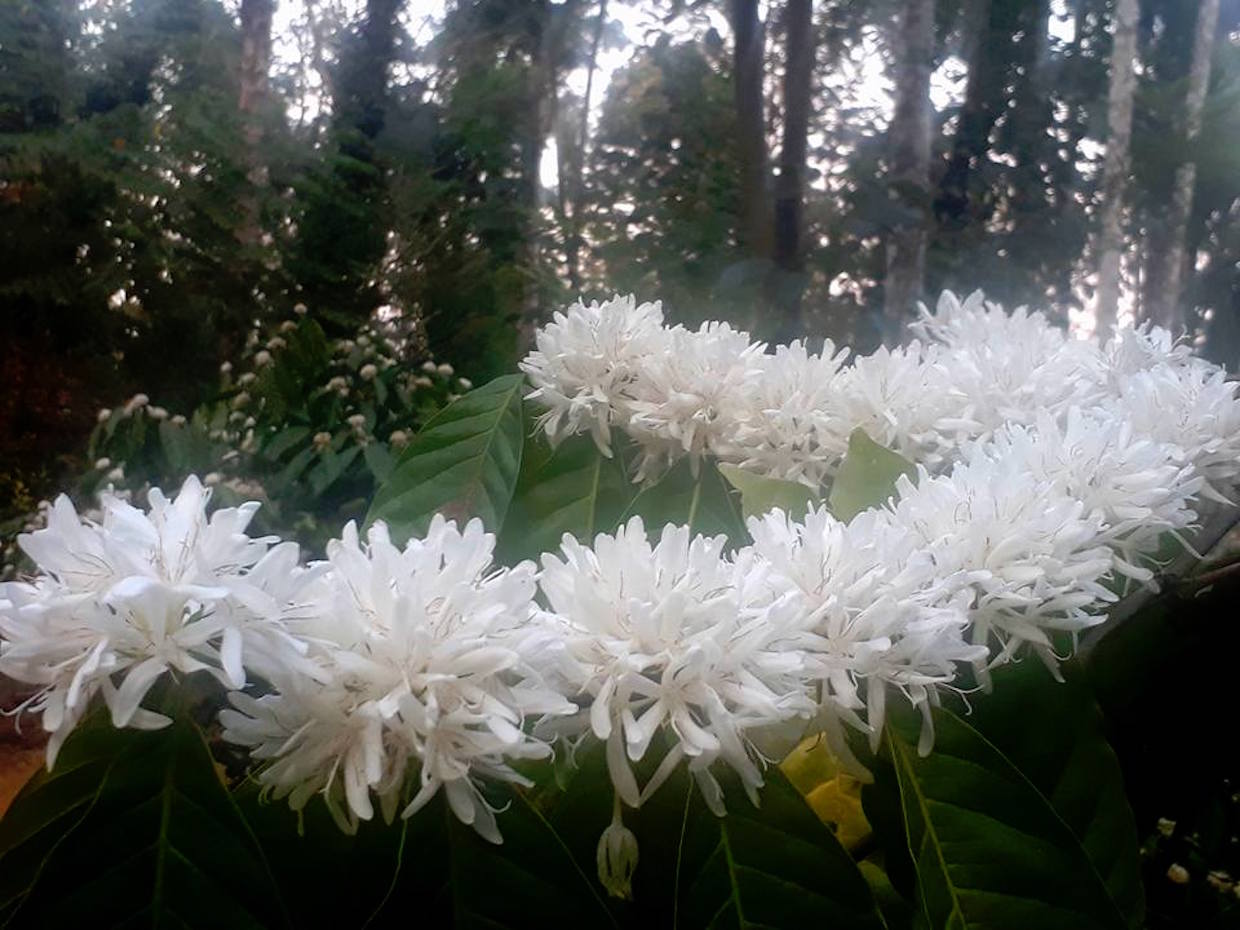 All photos courtesy of Anamika Ghosh.

Mullayanagiri [mool-ya-na-gi-ree] is a mouthful not only for those people who don’t speak either of the four languages of the five Southern Indian states, but even for most Indians who are unfamiliar with the region.

At an elevation of 1,930 meters, Mullayanagiri is the highest mountain peak in the Southwestern Indian state of Karnataka, in the Chikmagalur district. The peak forms a part of the Baba Budan range of mountains, which are part of the greater Western Ghats. The names of Chikmagalur and Baba Budan will resonate with most of the Indian populace for its association with coffee and salubrious weather.

Chikamagalur, the lesser-known, quaint hill town, became the first recorded place in India to cultivate coffee when it was introduced to hillsides from Yemen around the mid to late 1600s. As the story goes, seven beans of coffee were smuggled out of Yemen’s town of Mocha by an Indian hermit named Baba Budan. 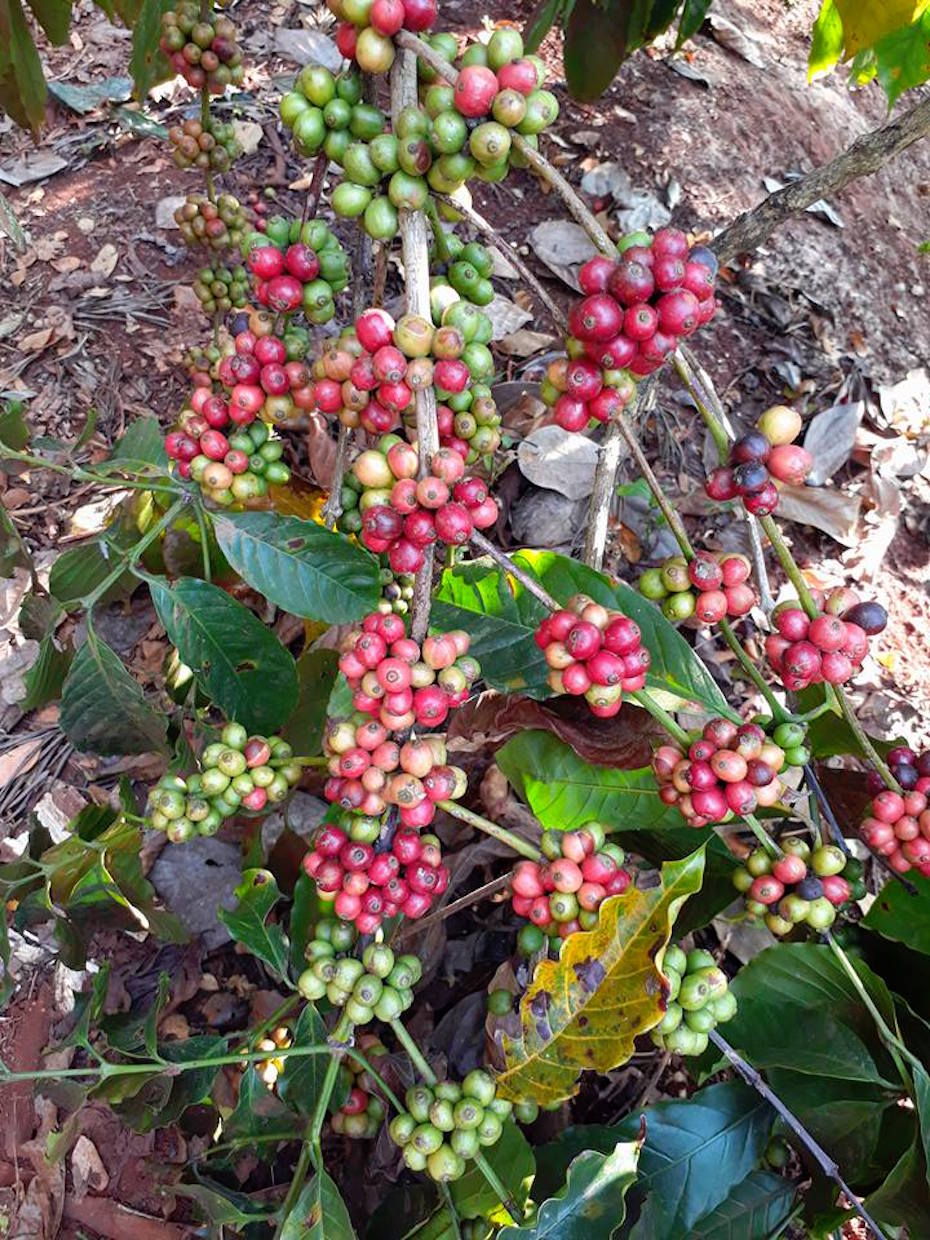 Baba Budan then planted these in the hills of Chikmagalur. No one is sure of how much and how well these foreign beans grew in the time following, but coffee cultivation was seriously undertaken in the 18th Century by British entrepreneurs who turned forests in Southern India into commercial coffee plantations.

In fact, coffee was cultivated long before tea, mainly in Northern India. This is a relatively unknown fact, as India is perceived to be a tea-drinking nation and does have excellent tea gardens in Darjeeling, Bengal and Assam.

“Coffee was an established commercial crop by the turn of the 19th Century and was exported to Europe via London,” said Anil Bhandari, president of the India Coffee Trust, a nonprofit organization that promotes coffee consumption. “By the early 1940s, Indian Arabica coffee — or Mysore coffee, as it was known then — had established itself in the European market and had a branding all of its own. However… WWII and the loss of the European market during that phase caused the unique branding of Mysore coffee to disappear from buyers’ consciousness.” 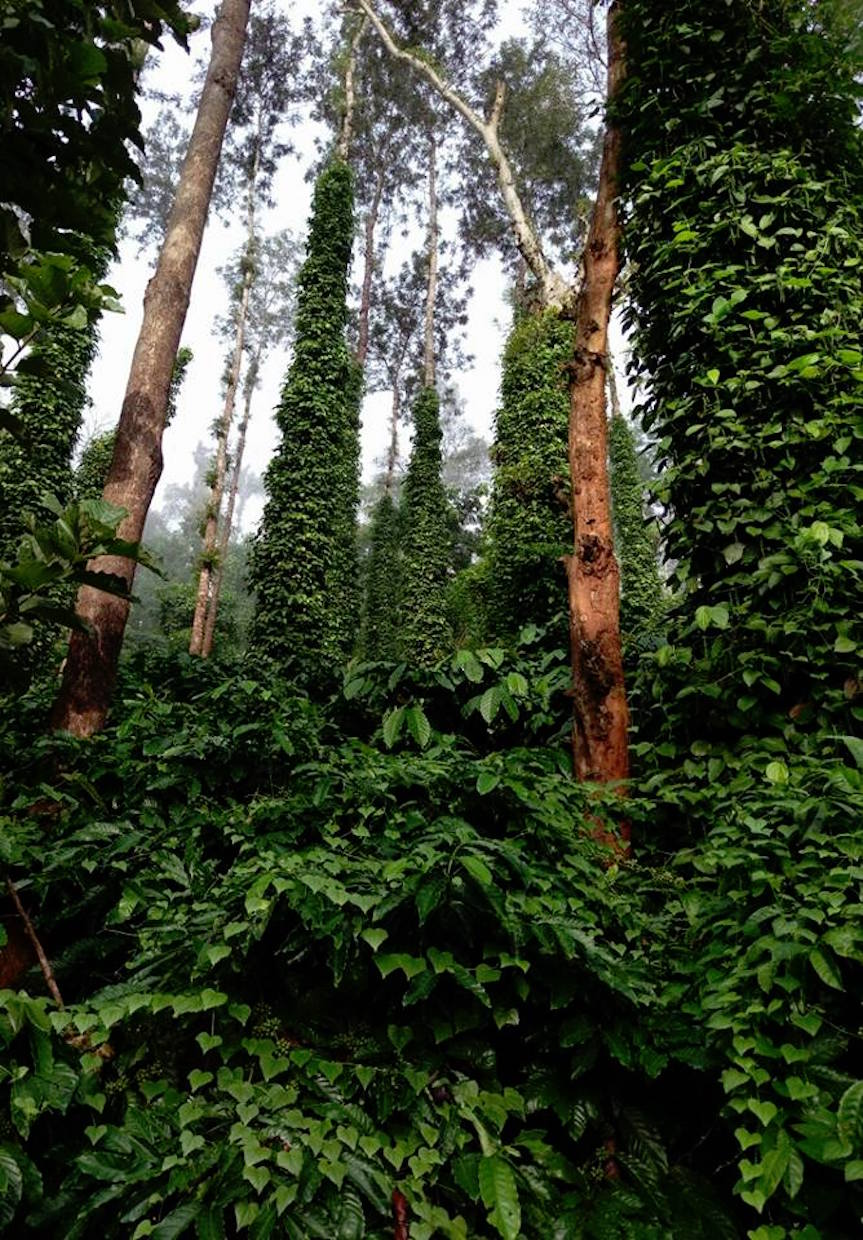 Coffee grown in the forests of India, the world’s sixth largest producer of coffee, is cultivated under thick canopies in the Western Ghats — a UNESCO World Heritage site and one of the world’s most important biodiversity hotspots.

In the 2016-17 season, India produced 5.5 million bags of coffee. A majority of the country’s coffee is grown in the three southern states of Karnataka, Tamil Nadu, and Kerala, followed by Andhra Pradesh and Telangana, which was a part of Andhra Pradesh until recently.

Nearly 65 percent of the total production comes from Karnataka, while Tamil Nadu contributes approximately 15 percent, and Kerala makes up around 20 percent. It has been estimated that there are more than 210,000 coffee producers in India, the  majority of whom are smallhoder farmers with plots around two hectares.

As in most producing countries, India processes coffee by the washed (or wet) method as well as the natural (or dry) method. 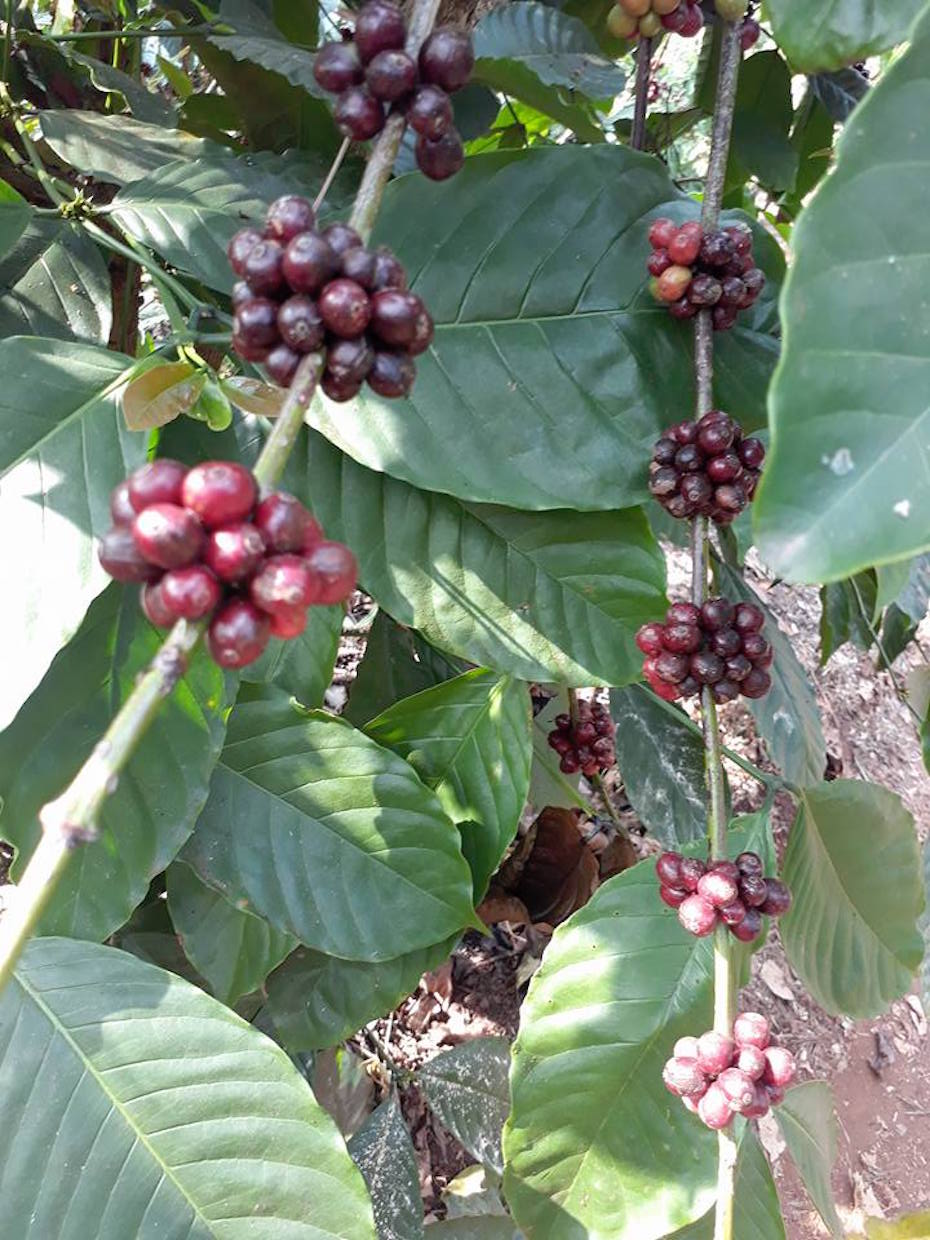 India is renowned for its unique shade-grown coffee. The two commercially important species of coffee, Arabica and Robusta, are grown under heavy shade that is believed to contribute to the flavor profile of the coffee to the coffee, along with other influences such as the monsoons, spices that grow around coffee, and the various fauna that thrive alongside it.

Within this bio-diverse growing environment, the mixture of vegetation prevents soil erosion and fallen leaves decompose to become rich humus, thereby retaining the forest ecosystem. The Indian Rainforest-grown Arabica is unique in its properties and sought after for its flavor and characteristics, as these are grown at higher altitudes.

Increasingly, the industry is shifting towards sustainable farming practices, and more estates have become certified by Rainforest Alliance-UTZ and Fairtrade. Organic coffee is also of increasing interest, especially for coffee grown on tribal land, which represents about 42 percent of the coffee area in India. In these areas, coffee is managed in traditional ways, often organically. 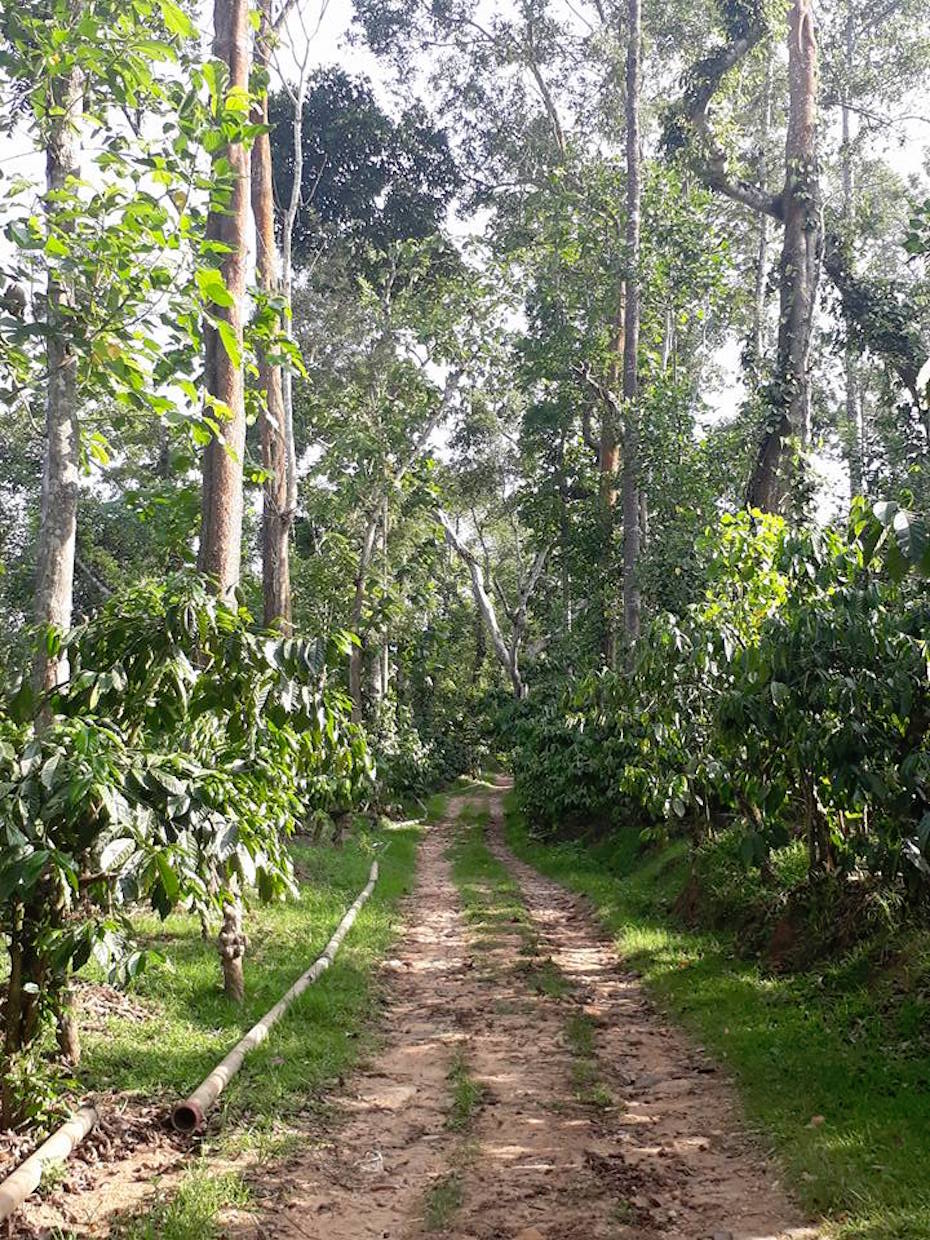 Most of India’s coffee exports go to Europe, Japan and the Middle East, while many global consumers remain unaware of the complexities and quality that fine Indian coffee from Southern estates can offer. The name “Coffee of India” is only used as an indication of origin at the export level, when packages are shipped from India to the country of destination.

“Indian coffee, particularly the Robusta parchment and cherry, continue to see good demand from Italian buyers,” said Ramesh Rajah, the president of the Coffee Exporters Association of India. “Of concern is the falling Arabica production due to extremely low prices prevailing in the international market, as well as the recent flood damage, which is still being assessed.”

Rigid control of quality and grade designations by India Coffee Board, an agency of the Government of India, ensures the export of only the finest and the most aromatic of India’s hand-picked coffee beans.

Encouragement for the local coffee industry comes not only from the Coffee Board of India, but from nonprofit bodies such as the India Coffee Trust that are working towards fortifying and intensifying these efforts.

“The India Coffee Trust is the result of a general consensus among the stakeholders of the Indian coffee industry to create a nonprofit organization that discusses and promotes Indian coffee,” Bhandari said. “Assisting the Trust with the objective of creating a wider global outreach and visibility of India’s fine Shade Grown coffees is the Indian Coffee Collective. Together, our primary mandate is to promote India’s shade-grown coffees and it’s long standing history with the humble brown bean.”

With a goal of raising awareness around preserving and promoting the values of coffee culture in India, the India International Coffee Festival — jointly organized by the India Coffee Trust and Coffee Board of India — took place in Bengaluru in January 2018. The four-day attracted more than 5,000 local, national, and international visitors.

The next festival is scheduled for 2020. Time will tell where Indian coffee will be by then.

Anamika Ghosh
Anamika Ghosh is the Director of Strategy and Operations at the Indian Coffee Collective, based in Bangalore, India. Over the course of two decades, Ghosh has handled various facets of marketing strategy, business development, research, and brand building across industry segments to help shed light on a rapidly evolving market and dynamics that guide these transformations.