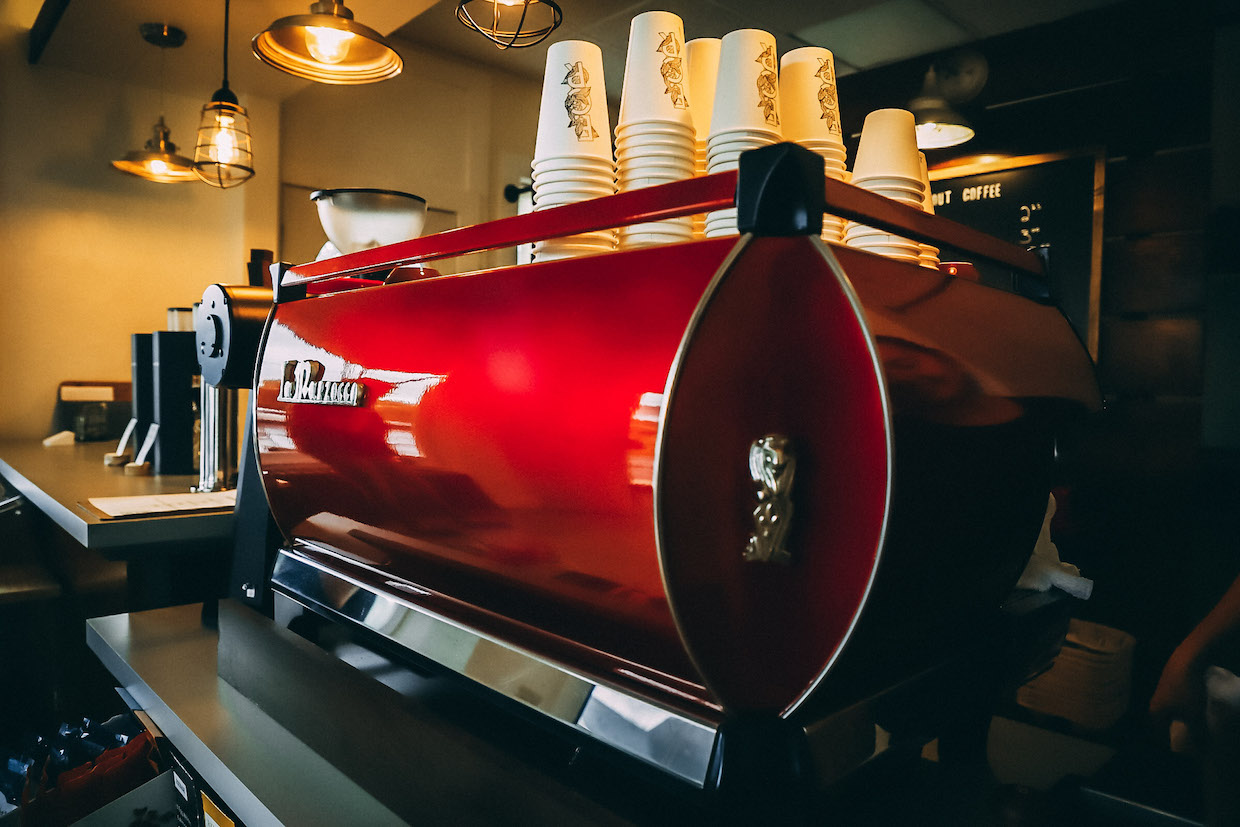 Northeastern Pennsylvania wholesale coffee roaster Electric City Roasting Co. has amped up the local coffee scene with the opening of a new cafe this week in the small town of Peckville.

The 500-square-foot shop, which is being referred to as ECR Park, sits at the trailhead of a Rails-to-Trails path in the picturesque Blakely Bourough Recreational Complex, less than five miles away from the company’s headquarters in Throop. It also represents a return to retail for renowned coffee educator and former Roasters Guild Chair Mary Tellie, who founded ECR in 2003.

The nearby city of Scranton — which happens to be the setting of NBC’s acclaimed sitcom, The Office — is known in the region as the Electric City. It earned the nickname after electric lights and streetcars were installed in the 1880s. The region’s extensive rail system was built during the industrial revolution to transport coal and other goods, and many of the now-unused tracks are being converted to biking and walking trails, creating new business opportunities in the process.

Tellie, who served as RG chair in 2016-2017 and is the current treasurer of the Specialty Coffee Association, regularly passed by the shop’s site on her own bike over the years. Her prediction for its potential proved correct on the shop’s opening weekend, when traffic from the Steamtown Marathon brought in droves of new customers. 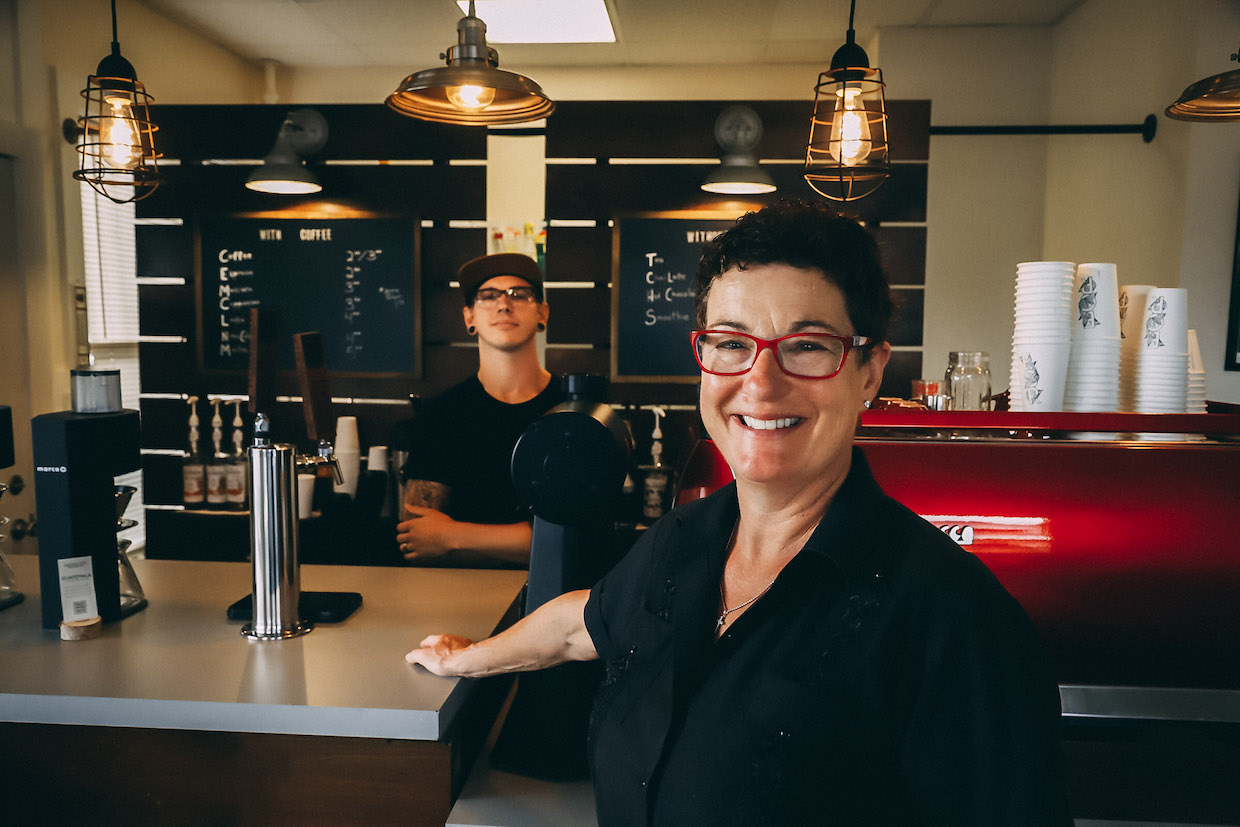 Longtime roaster and educator Mary Tellie is the past chair of the Roasters Guild and current SCA treasurer.

ECR Park was ready for the rush with brand new equipment on the bar, including a cherry red, custom-made La Marzocco GB5 3-group machine, paired with a Mahlkonig Peak grinder. The shop also offers batch brewed coffee from a Bunn ICB Brewer, as well as pourover-style coffee from a Marco SP9 Twin, with both options utilizing the Mahlkonig EK43 grinder. A custom tap tower stands for nitro cold brew.

“This space gives us the opportunity to demonstrate to the public what we are all about, and what we can do with coffee,” said Tellie of ECR Park. “It also provides the local community something that wasn’t there before. There’s no other small cafe like this in the area.”

Tellie admits that her personal motivation for opening in this spot was that she couldn’t find a good cup of coffee where she rides her bike, which is the same reason she founded the roasting company in 2003, after working in the banking industry for many years. 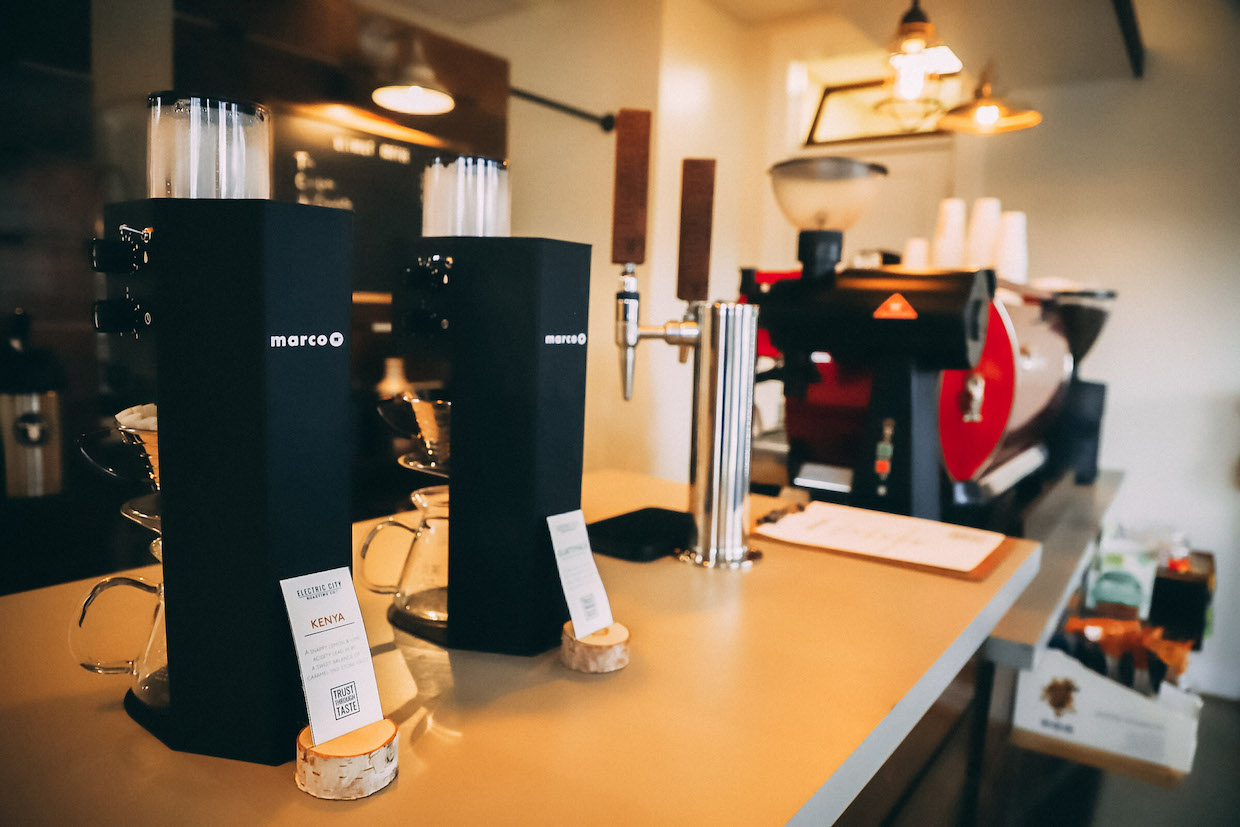 Around the same time that Tellie opened ECR, she also acquired a retail location called Zummo’s Cafe in Scranton. In 2014, Tellie chose to sell the shop, which had become more focused on food than the coffee program, and turn her full attention to the roasting side of the business.

Four years later, when the Peckville location became available, the timing felt right for a new shop, thanks in large part to the encouragement of Tellie’s staff.

“We really wanted to be able to speak to what we do best, which is our relationships and working with producers, the ability to understand quality control, and to dial in the profiles of the roast that we want,” Tellie said. “So, taking all of that and translating it into a consumer-facing environment was the next step.” 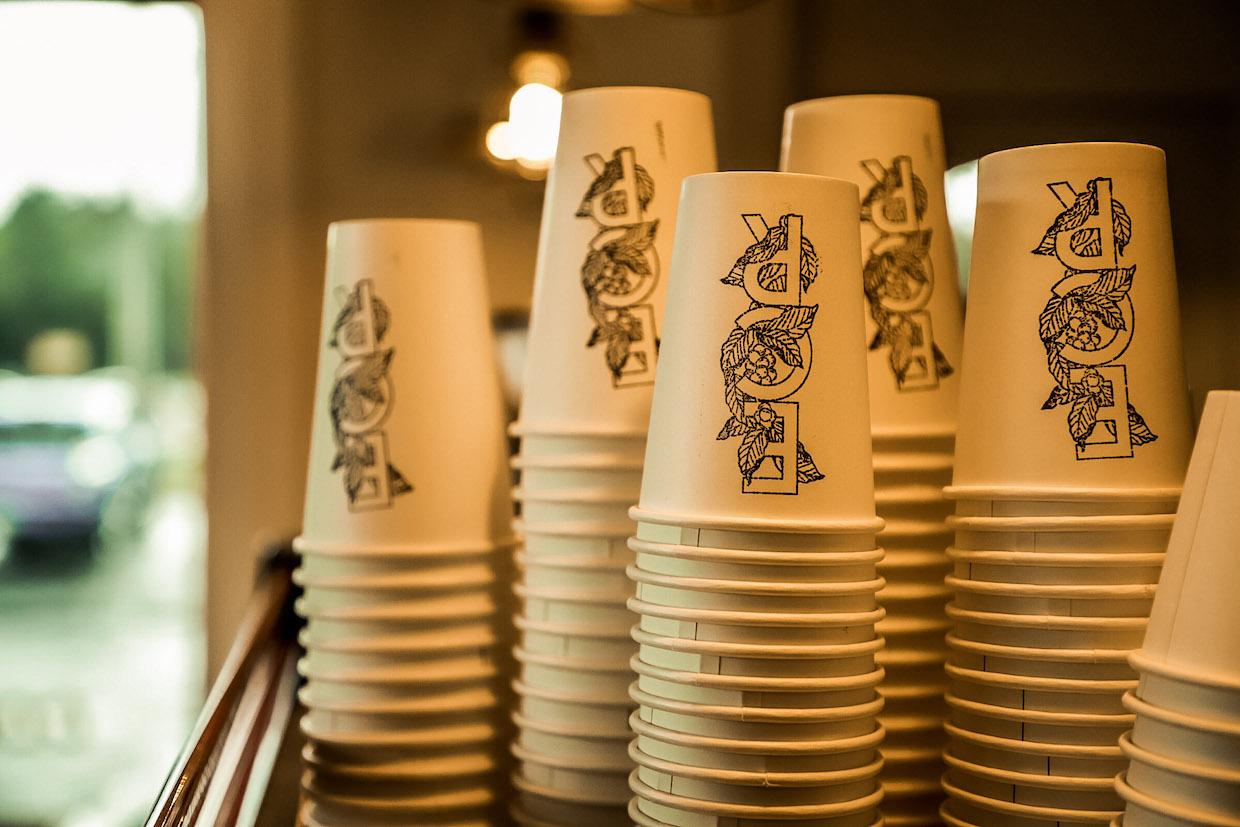 Tellie credits her volunteer experience — and the education, skills, and connections received as a result — with helping to shape her career in coffee. As a licensed Q Grader, Cup of Excellence and Brewer’s Cup judge, and owner of an SCA Premier Training Campus, Tellie has truly integrated herself into the industry and hopes to share her knowledge with her team and the larger coffee community.

“I feel I’ve gotten out of it what I put into it,” Tellie said. “I had the opportunity to learn and understand the industry, as well as provide support and share information with other coffee professionals through the associations and organizations I’ve worked with.”

Harnessing this experience along with her team’s enthusiasm, Tellie is not opposed to the idea of throwing the light switch on for more ECR shops in the future, especially in areas where ECR can help put specialty coffee on the grid.